The last of our girls' summer birthday's is our yearly Mermaid 4th of July birthday.

Maggie had made it clear that she wanted to go to the water park to go swimming and it was amazing. And I borrowed Sadie's water proof camera and was able to capture some of the under water fun.

Tessie, for her part, is determined to follow in her big sister's mermaid footsteps.

Her pool strategy was to walk straight out into the water while I hovered around her, trying to hold her hand (nope) until she got up to her neck in the water and then she would start to blow bubbles.

And topple over, because of course she did.

So I would haul her back to waist level and she would scream in protest and head straight back out, trying to go deeper and deeper and protesting if anyone interfered with her progress.

It was like having a tiny Maggie all over again.

However it was a lot of fun. Just a little extra exhausting keeping Tessie from trying to drown herself every .2 seconds.

When we went out to do fireworks I completely surrendered to the idea that Tessie was going to throw herself straight into the pool with her clothes on (Maggie was delighted and kept saying "baby bath!"), but was mostly just relieved that it kept her out of the way of trying to seek out the fireworks down below.

Tessie isn't bothered by loud noises and if she weren't in the water I'm pretty sure she would have been trying to investigate what was going on. 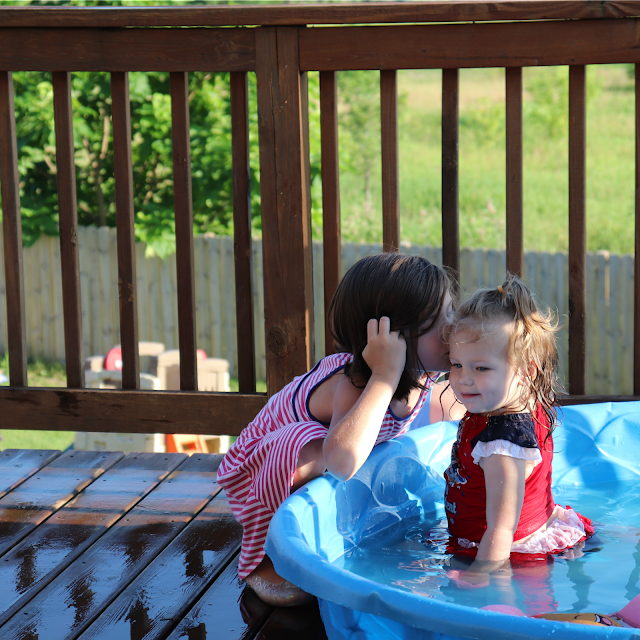 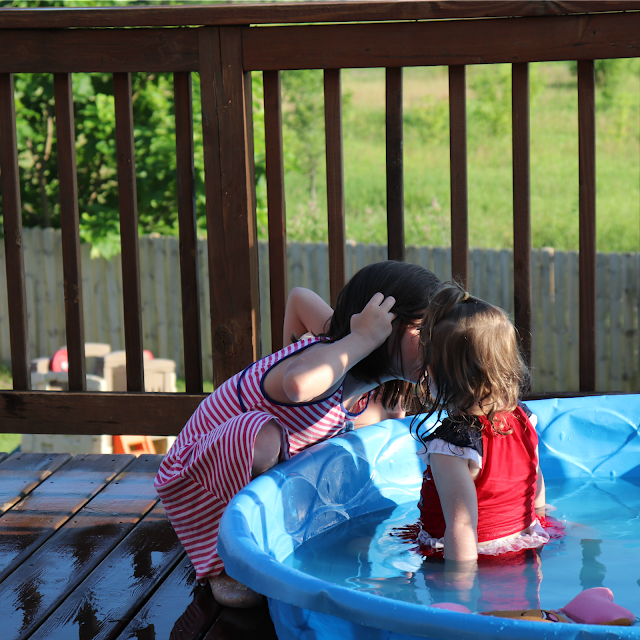 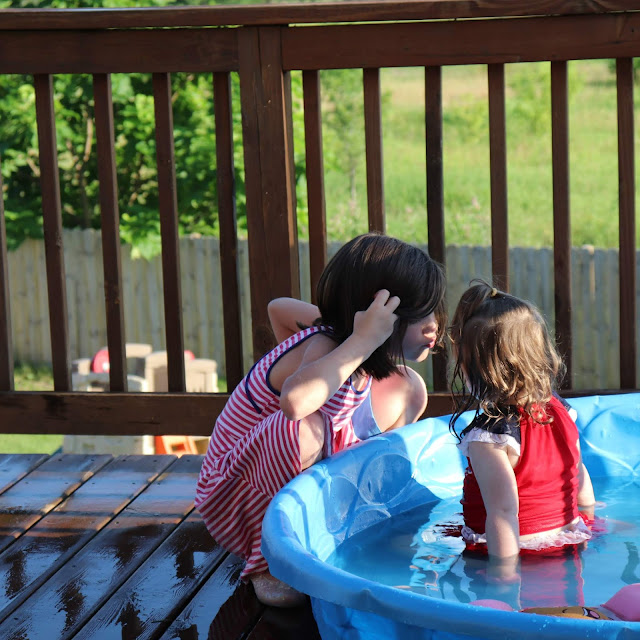 The only road bump in the day was that none of us expected a certain mermaid to try to touch her candles.  After having candles for four years and not touching them... well... this year's move to touch the flame was unexpected.  Thankfully Sadie, who was sitting right next to her sister, is quick.

Now for the day of water slides, presents, burrito bowls, and fire works.