Our lives have been revolving around the blow up kiddy pools on the porch quite a bit these days, as the temperature insists on lingering right around 100 every afternoon.  The kids don't seem to mind though.

She won't be seven until Sunday, but she's suddenly looking so much older!  How did that happen?  And where did the last seven years get to so quickly? 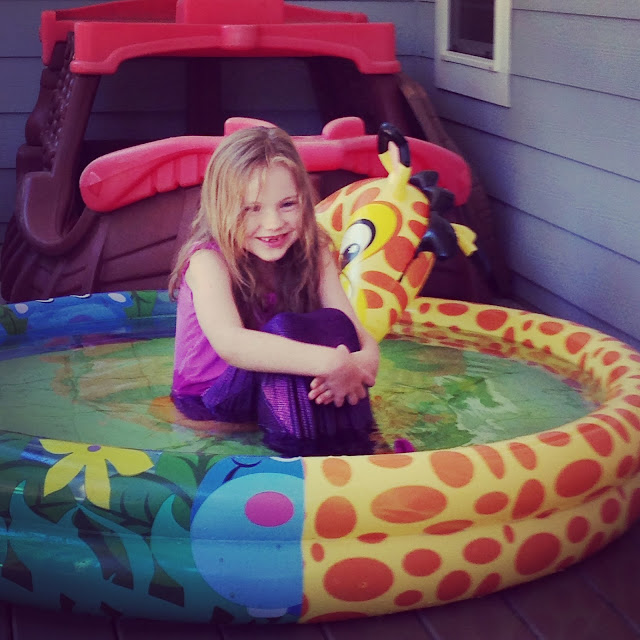 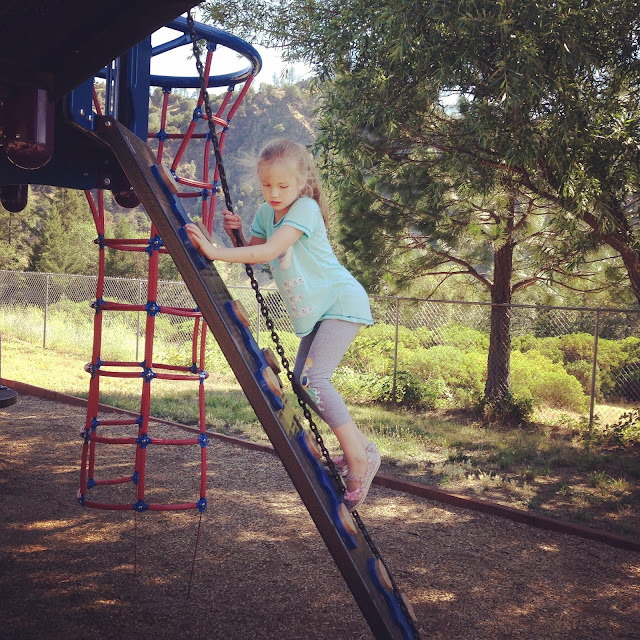 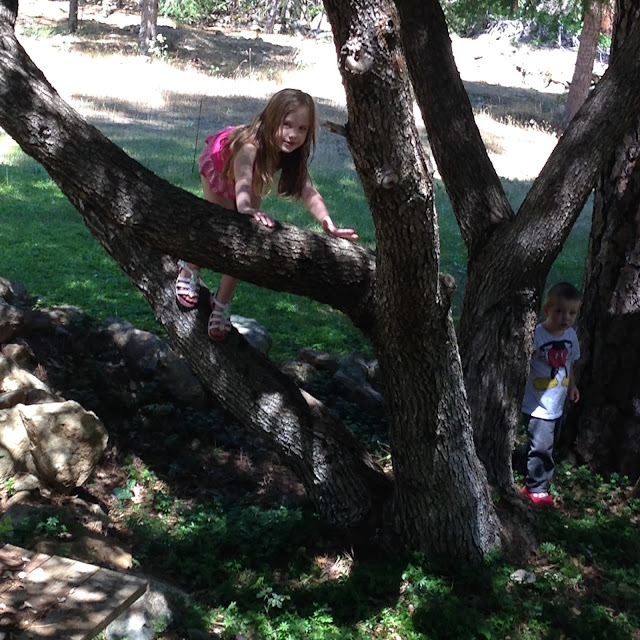 Why yes, she does dress herself.

And boy did these Christmas tights save the day when she was very, very sad that her pink tights had to be washed and were still very wet in the dryer, and I was frantically looking for any other tights that she might wear, and happened upon these emergency back up tights (you might think I'm kidding when I say "emergency" but I'm not).

But then we had an issue because she wasn't about to wear them with a pink dress, because obviously they don't match, so it was a very good thing that I brought her Captain America dress or I don't know what we would have done, but I'm pretty sure it would have seemed like the end of the world.

As it was she was one happy girl. 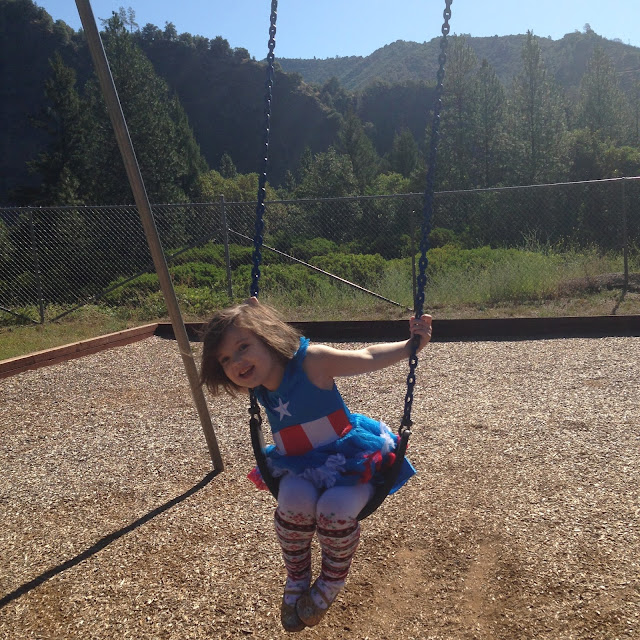 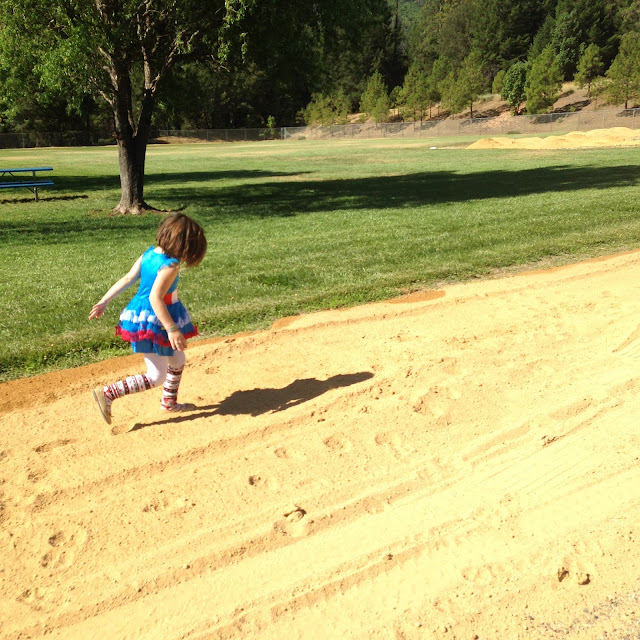 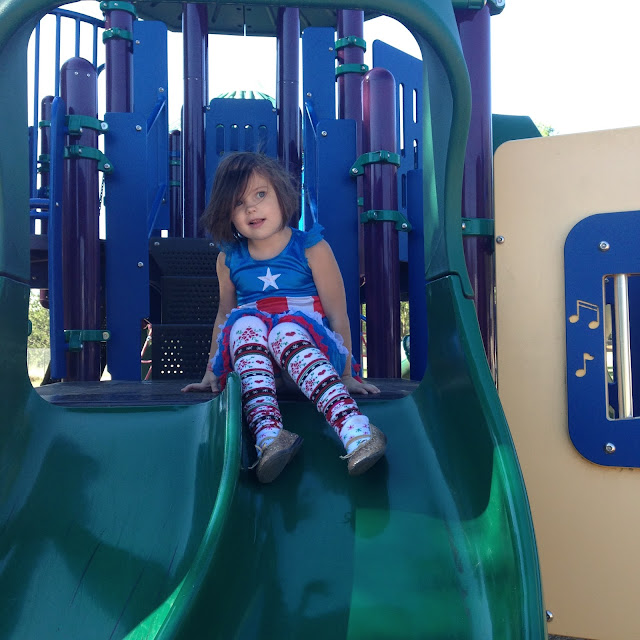 He's obsessed with frogs, only when he says "frog," it sounds a lot like he's saying a very bad word.

He talks about frogs just about all day.  He hasn't managed to catch one yet but be he's come super, super close.

His second favorite thing are tractors, which he calls trucks.  Unfortunately his pronunciation of frog and truck are basically identical. 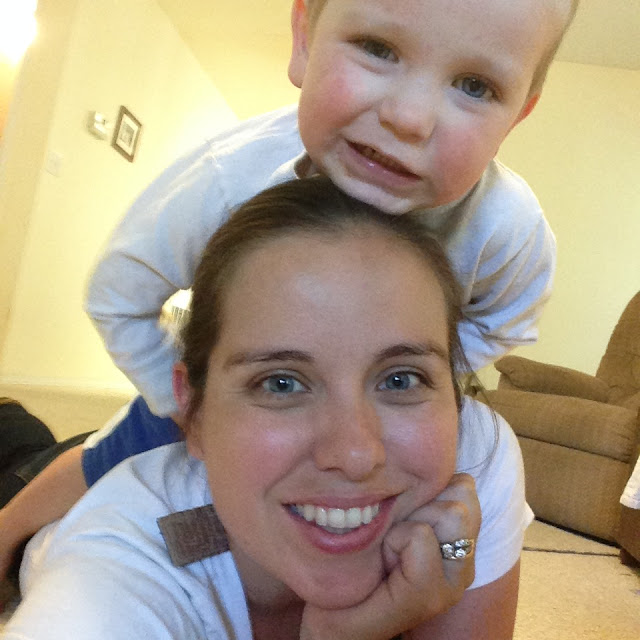 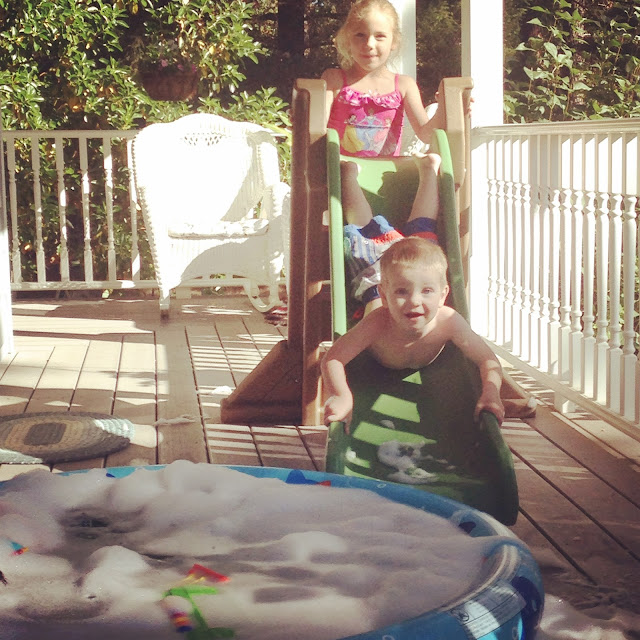 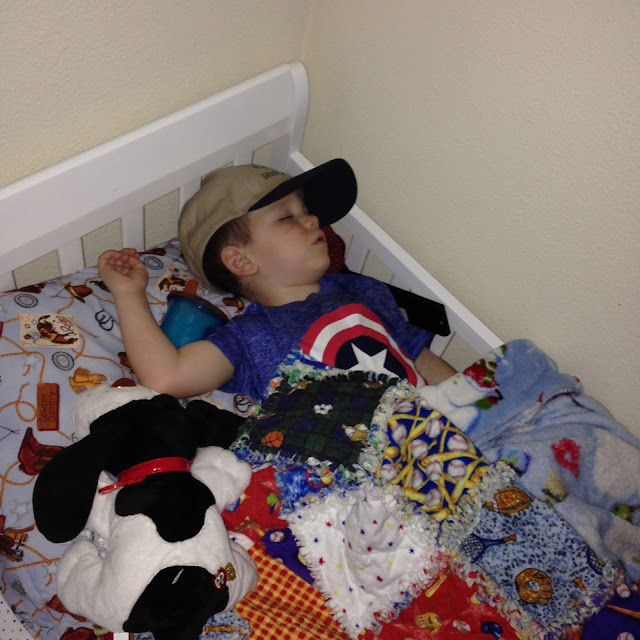 I discovered what will really motivate James into working on his large motor skills.

I just have to put him under one of Nani's wicker chairs.  Then he uses all his strength to roll over and push himself up as much as he can so he can reach up with one arm and grab the pieces of "wicker" (which I suspect is actually plastic after seeing it in his hands) on the bottom of the chair and pull them off the chair, so he can play with them on the ground.

So if I really want him to work on those gross motor skills at least I know where to put him. 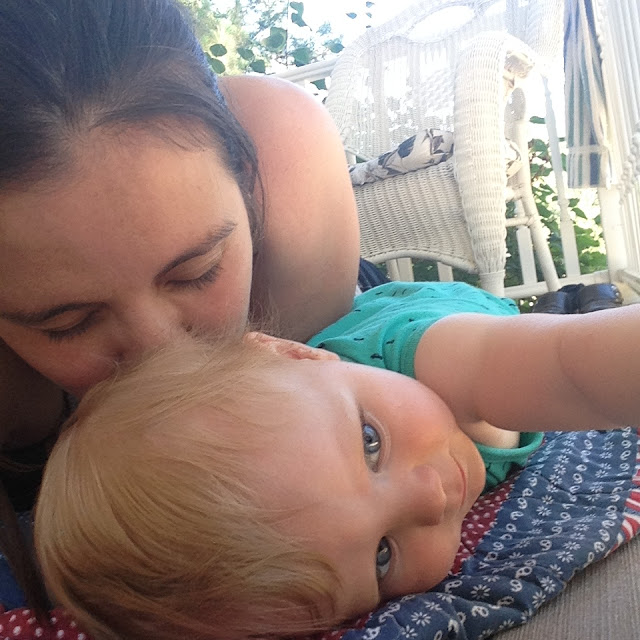 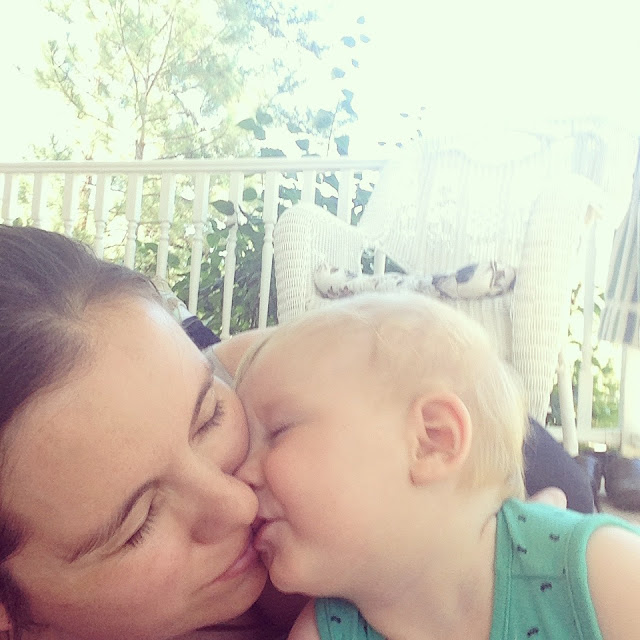 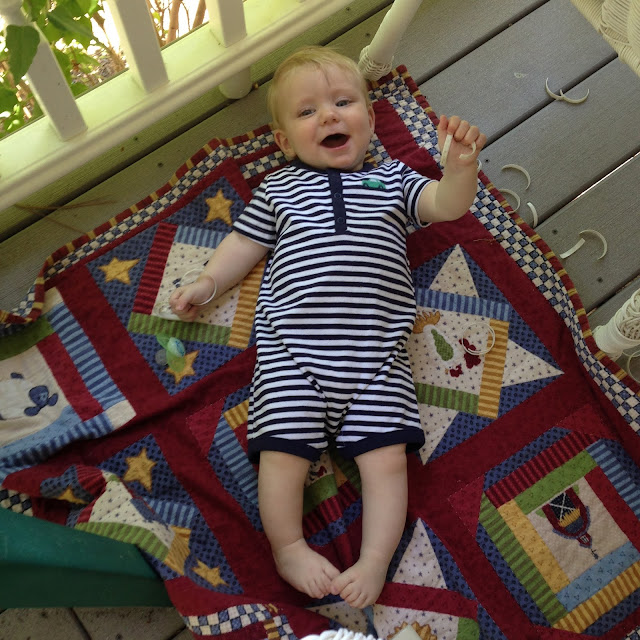