I hadn't meant to take a little blogging break this past week but it's been quite the whirlwind and I've been falling asleep before managing to type a single word.

In the past week we said goodbye to all of Maggie's therapists.  We'll see most of them again in August (although we said a sad goodbye to one of her favorite therapists who's been with us for a year and a half who's going back to school after the summer).  Maggie is getting summer vacation and the kids and I are about to take a cross country trip with Nani and Grandpa to California.

Maggie proved that she was big enough to sit in a booster seat.  She borrowed her sister's and sat perfectly still with a huge smile on her face for a drive to ABA.  This convinced me to buy her a princess booster seat (with a high back) as an early birthday present.  It should arrive today and I have a feeling she's going to be thrilled (I mentioned it and she started to giggle hysterically and jump around the room). 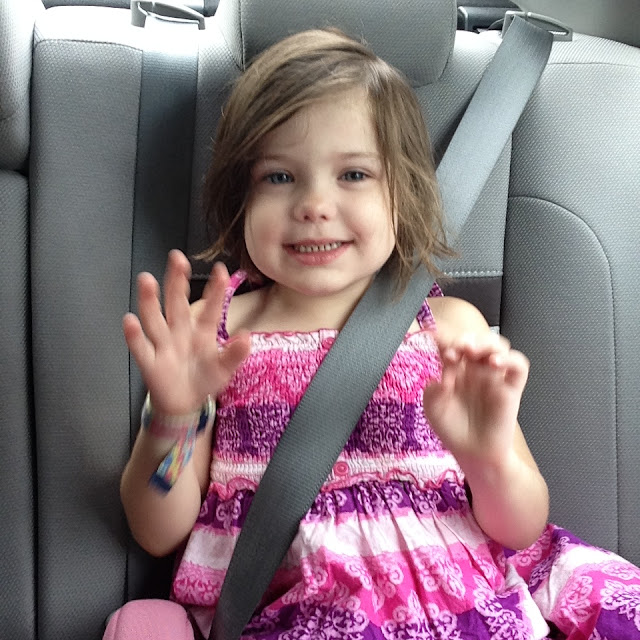 Nani and Grandpa arrived and Patch has spent a huge amount of time climbing up into Grandpa's lap and saying "ready, set, go" so Grandpa will tickle him: 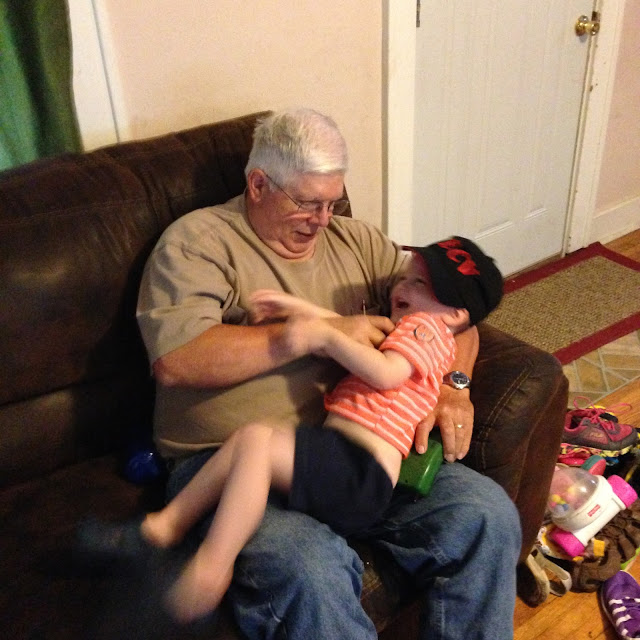 Much of the weekend was spent getting ready for Sadie's big performance last night.  Her dress rehearsal was on Saturday: 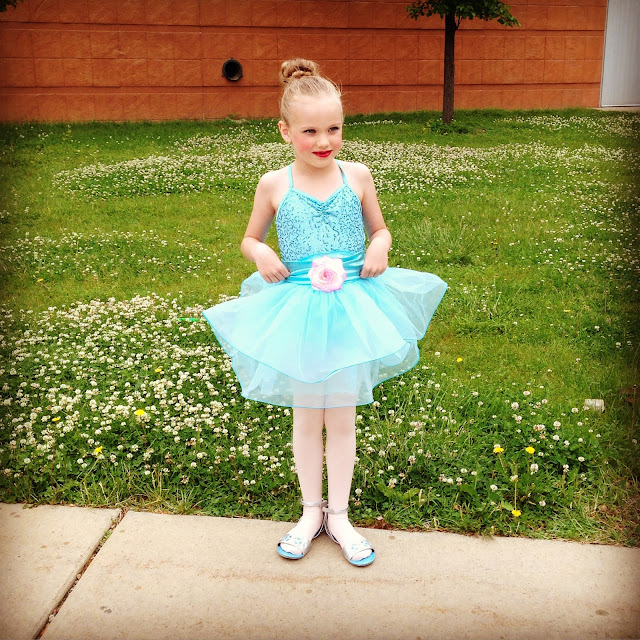 And here's a clip I took at the rehearsal.  She's the little girl on the far left.  It was totally washed out by the lights, but you can still totally see the way she bobs her head and totally gets into what she's doing:

In a super brave moment I agreed a few weeks ago to go on the Children Marathon Network's telethon.

Maggie's OT was there as backup, but Maggie still stole the show when she jumped up and ran around the stage to try to steal a Miss Michigan contestants crown (she was answering phones) and then ran back and forth playing with a mascot Tiger that was there, running up to touch the tiger's hand, while laughing hysterically. 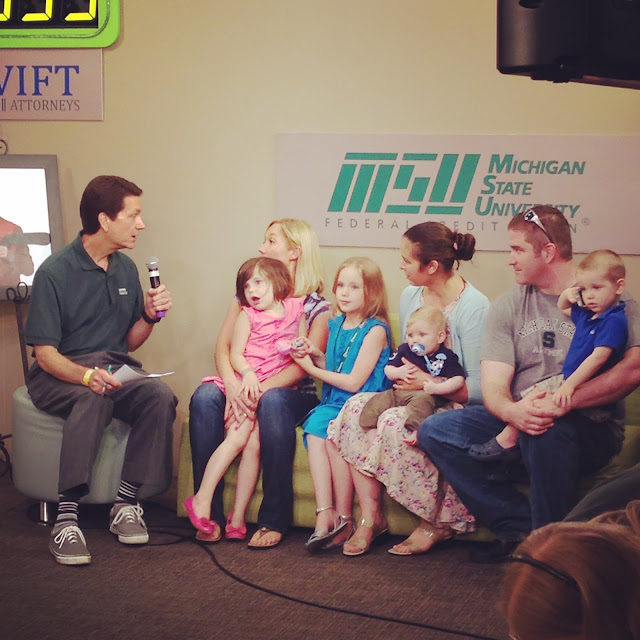 They gave each of the kids who came on TV medals.  Sadie's is my favorite (the one with the pig): 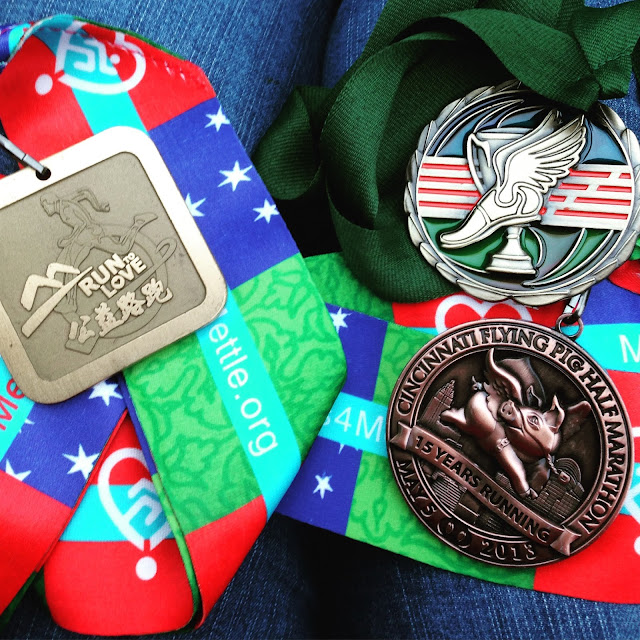 Then we said our last goodbye to Mae's super awesome OT: 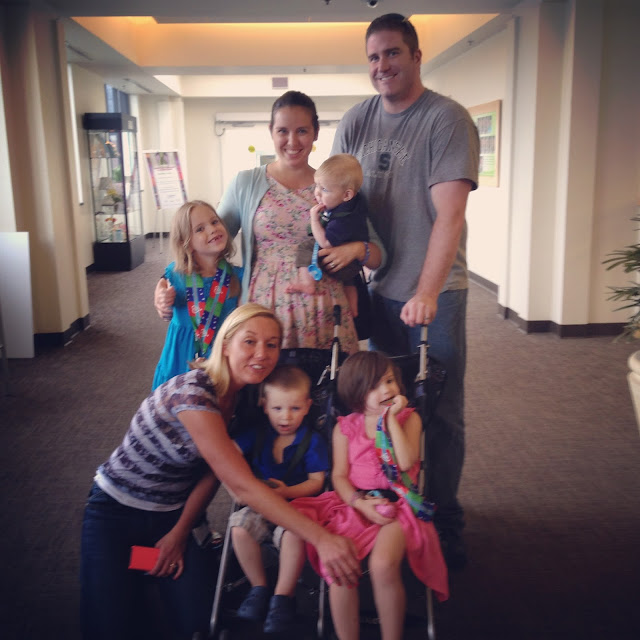 On Sunday Paul and I got to go to Mass together by ourselves and got to go on a date later that night: And we returned home to a happy James.

He was not happy any time Nani tried to take that Fire Fighter steering wheel away from him: 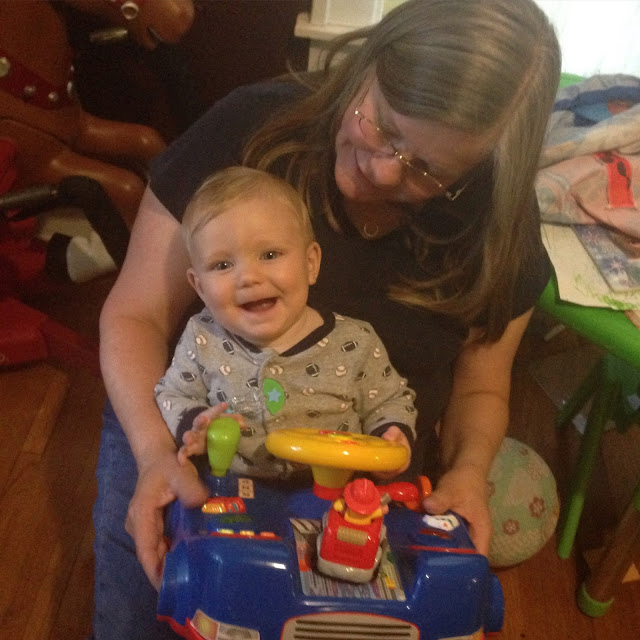 On Monday two very nice grandparent's gave us a very, very big gift.  Apparently the rattling in our other car made them more than a little nervous for the safety of the entire family: 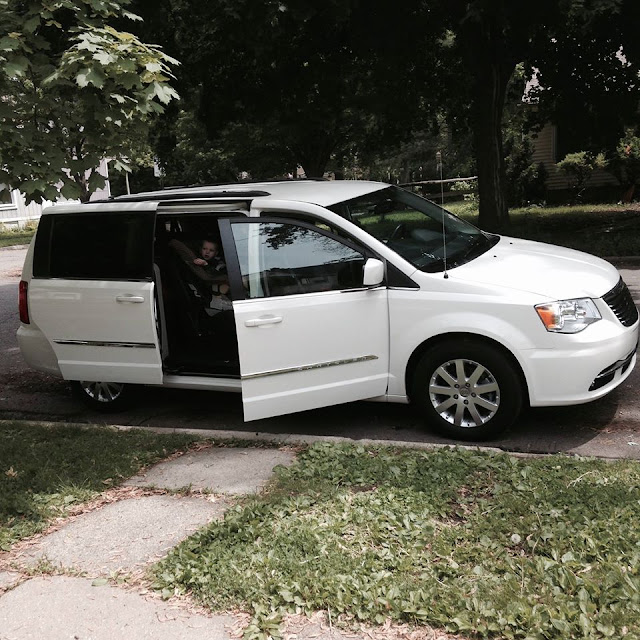 Then we drove to Red Robin, which is now my new favorite restaurant, because not only do they have a dedicated fryer for the fries, they have the best gluten free buns I've ever seen.  The manager was great and brought out a tablet to use that allows you to select allergens.  I was hugely impressed.

And Maggie loved it. 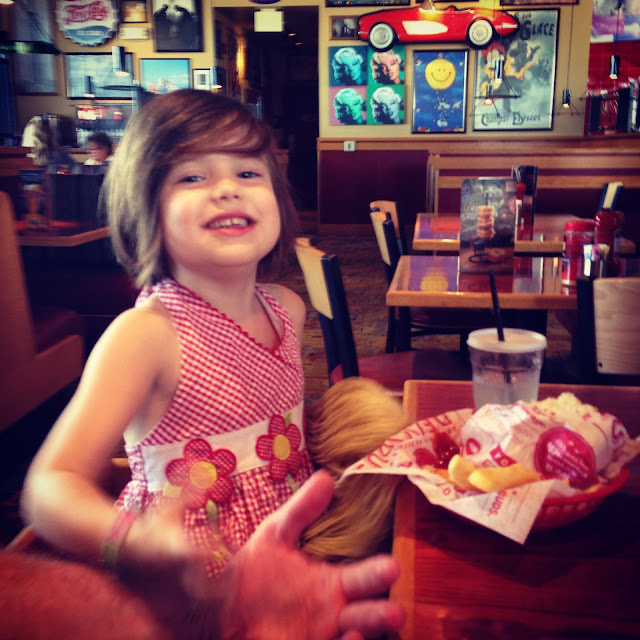 After a few days of rainy cold weather, the kids were pretty thrilled to go to the park: 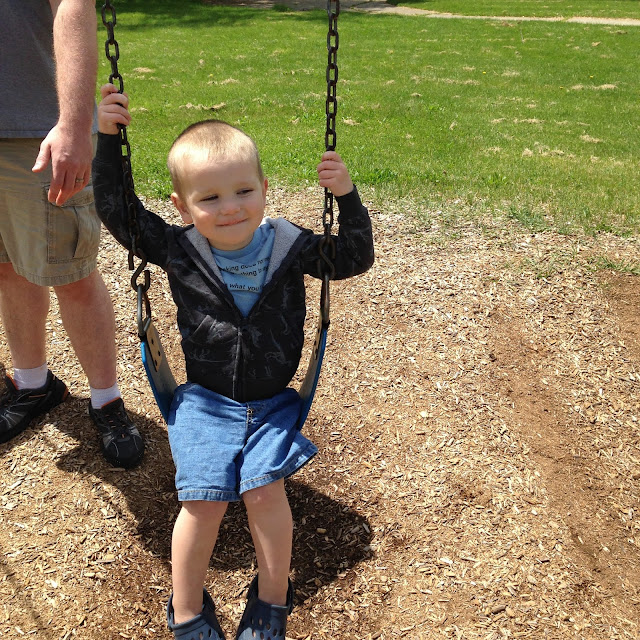 I've discovered that I can get Maggie to wear just about any outfit as long as I have matching tights.  And shoes. 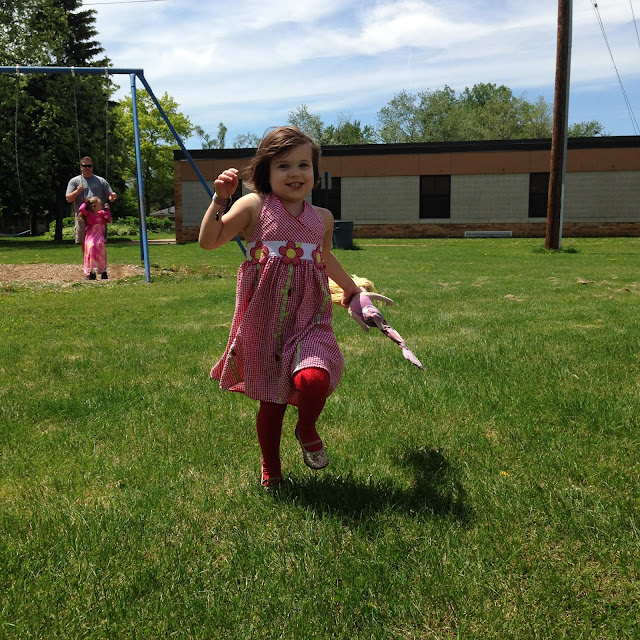 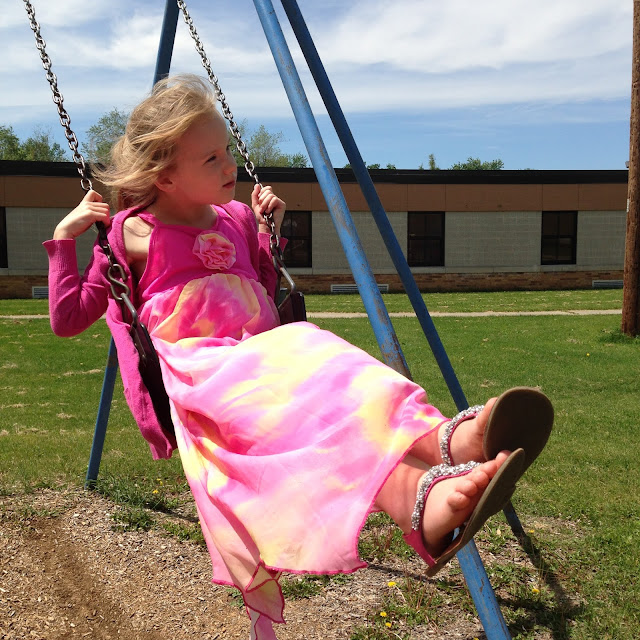 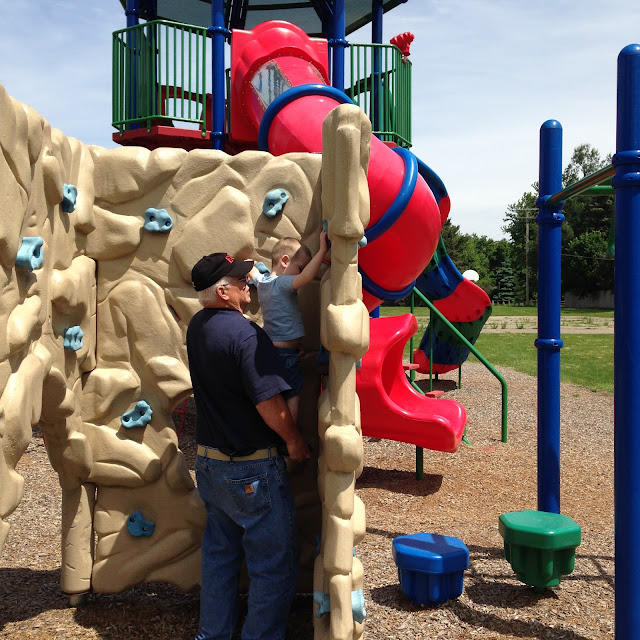 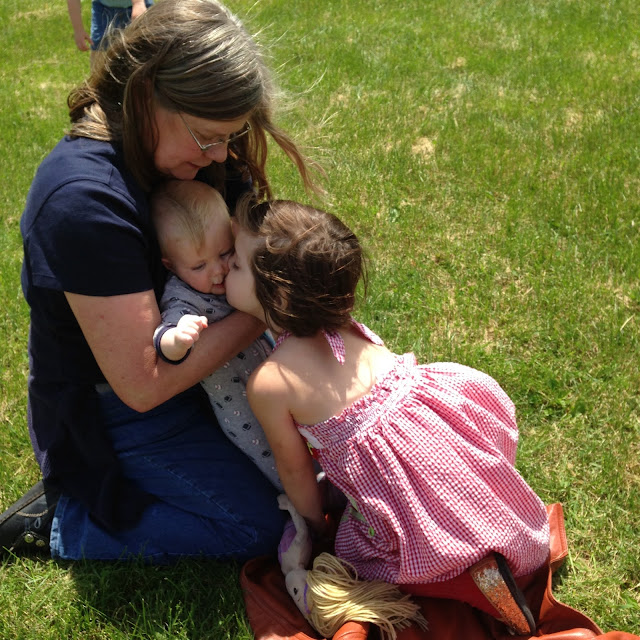 And then it was finally time to get ready for the big performance: 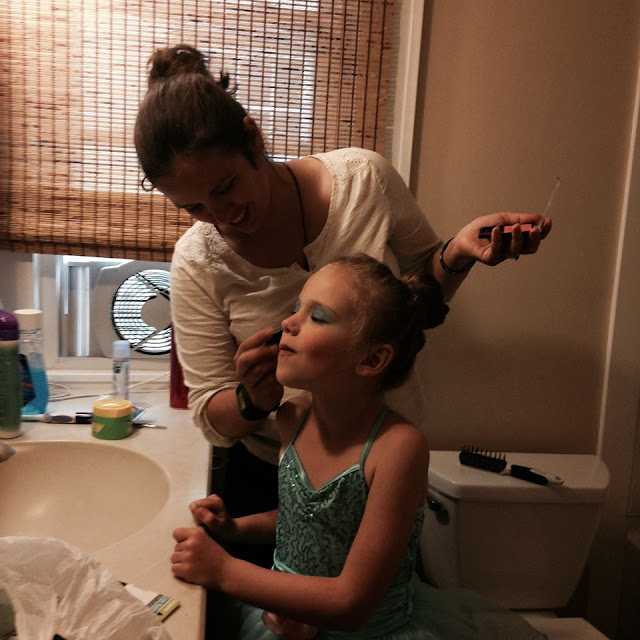 We layered on the makeup so they wouldn't be washed out by the stage lights.  She loved it: 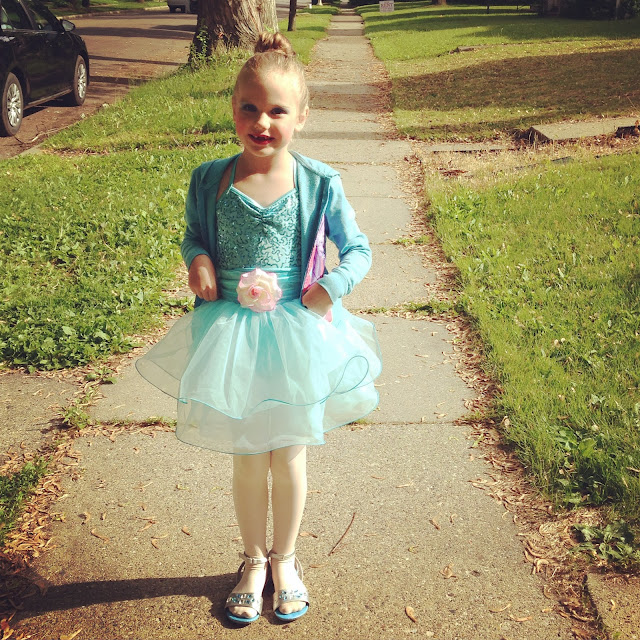 The performance was so much fun.  Sadie loved it.

Maggie and Patch were pretty rowdy before the performance but as soon as the music came on and the curtain open and they saw their sister on stage they were totally silent.  Maggie was smiling from ear to ear when Sadie came out from back stage. 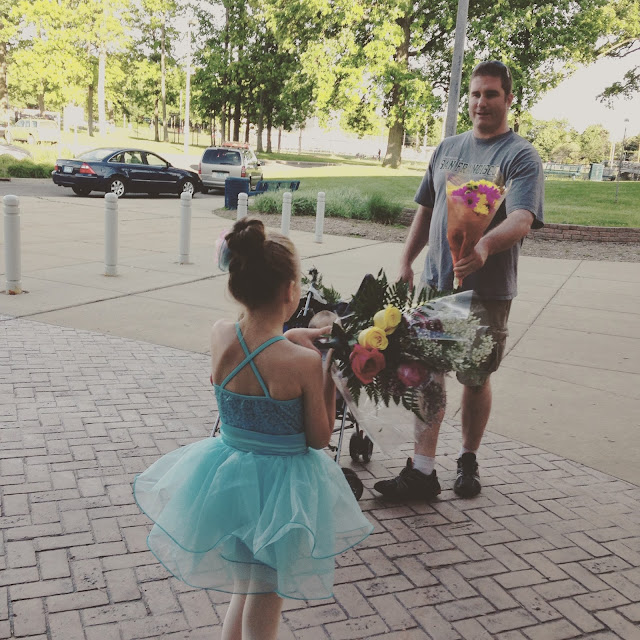 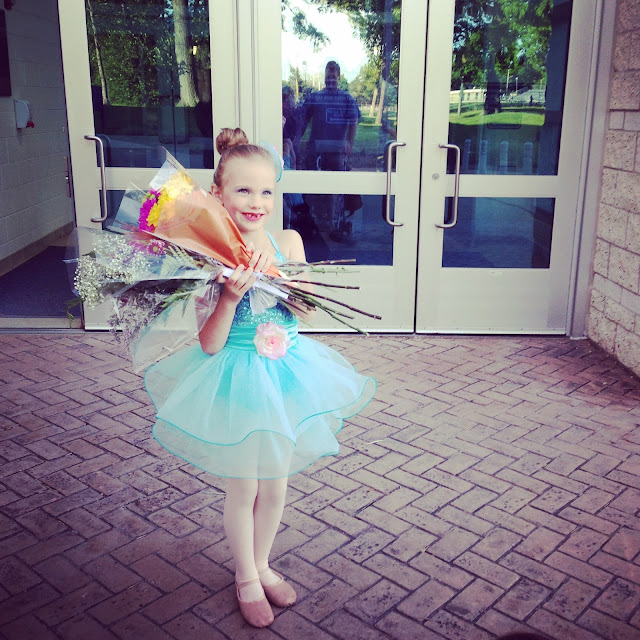 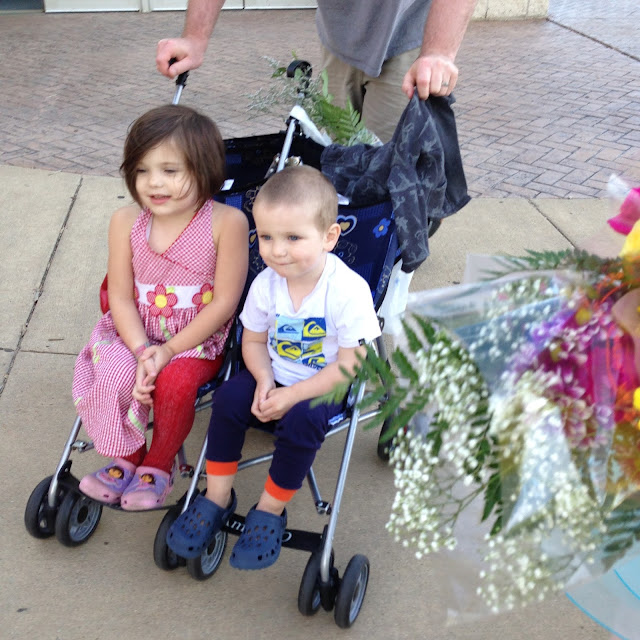 And then it was time for bed after a long day!

I'm not sure how much internet access I'll have in the coming days, but once we get to California I'm planning on hitting the ground running with my writing again!

And I'm sure we'll have stories from our cross country trip!
Posted by Cammie Diane at 8:58 AM