Tessie kicked off our day at three a.m. when she appeared at the door of my bedroom wearing bunny ears and hopping up and down excitedly. She had already been up for several hours around midnight with Paul, so I understood upon hearing the lights click on and hearing her tiny footsteps padding across her room on her way to our door that it was my turn to try to get the tiny troublemaker back to sleep.

But really, I know that I cannot complain in any way about Tessie's sleep habits. 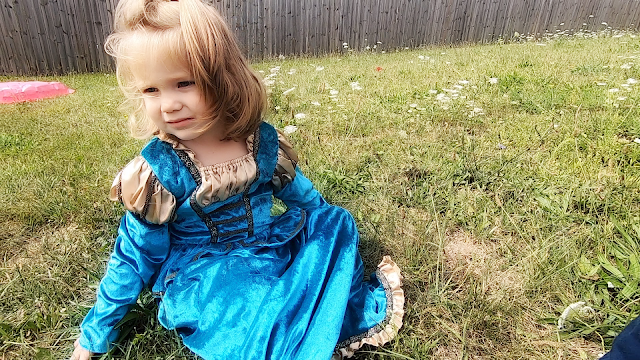 She was two weeks old when she started sleeping through the night every night.

And I don't mean six hours. I mean 12 hours if I didn't set alarm to wake her to eat, which we discovered because I assumed, being a newborn she would just awake on her own like all our others had.

Having had an older sister who didn't sleep more than an hour at a time for the first 18 months of her life I knew what a blessing this was. 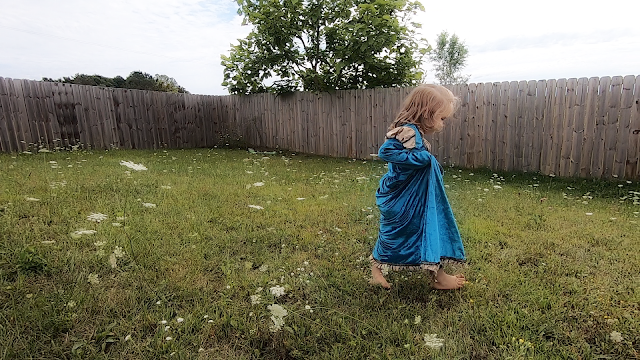 But now at 3 years old, Tessie has a mind of her own.

She has big ideas.

And sometimes that involves waking up at 3 am to play with her ponies while wearing bunny ears in the playroom and yelling for mom to come join her. 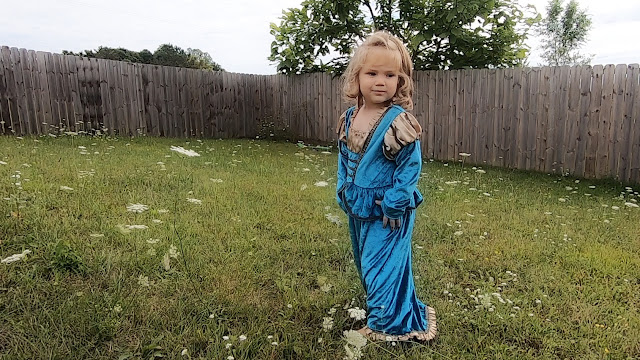 Tessie is, so far, the least verbal of all of our kids as a three year old.

She has less than twenty words, which means that she says less than Maggie said at the same age.

But in the last month she has begun saying more and more, at what seems to be a rapidly accelerating rate. This morning she threw herself on the floor of the car when I was trying to get her into her car seat and shouted "Sad! Sad! Sad!" in a tiny perfect voice because she wanted to be given a chance to pick up a toy cell phone before settling peacefully into her seat.

I scooped her up and kissed her about thirty times, while Maggie said "Tessie alert!" (something my phone says when the car stops to remind me that she's there) and then together we headed to her school where she twirled around at least a half dozen times on the way to the front door, wearing her full sized backpack which looks enormous on her tiny frame. 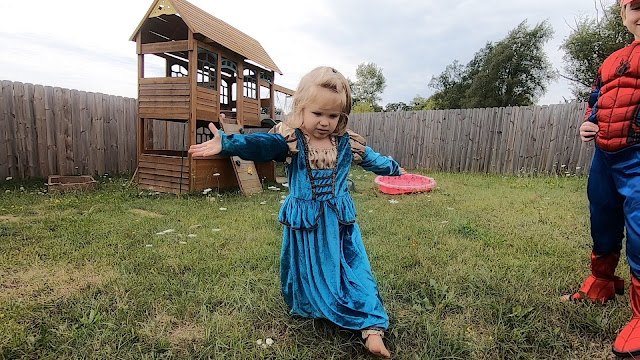 Those early nights when she slept so deeply were likely because she was having many central apneas and hypopneas a night and it's scary to think that high CO2 levels are probably why she slept 20+ hours a day as a 6 month old.

Which is why now, when she wakes up, I sometimes find myself thinking "this was how it was supposed to be" as I try to convince her to go back to sleep, while also being very grateful that she survived those early months when we didn't know what was going on.

Tessie has gone from dozens of central apneas a nights and hundreds of hypopneas, to a few apneas a week at the moment. We now have multiple nights in a row where her alarm doesn't make a sound. It seems that she really may be outgrowing it (and interestingly it seems to me that as they've decreased her other skills have increased... maybe because she's less tired?).

And for that I am definitely willing to trade some sleepless nights spent convincing her that her ponies need to rest because they have an early morning that will be arriving very soon, and so do we.