Yesterday when Tessie, Maggie, and I got home Tessie was sound asleep in her car seat. So I tucked her into bed and I gave Maggie the choice between starting school at that moment or going outside.

She quickly said school, which surprised me, because she'd just been working hard from 9 to 3:30 already and I was more than willing to give her a break.

Right now I'm still really trying to get a feel for exactly what the girl knows.

She is very good at hiding it because she knows that if other people know what she knows, they'll expect her to do all sorts of work. 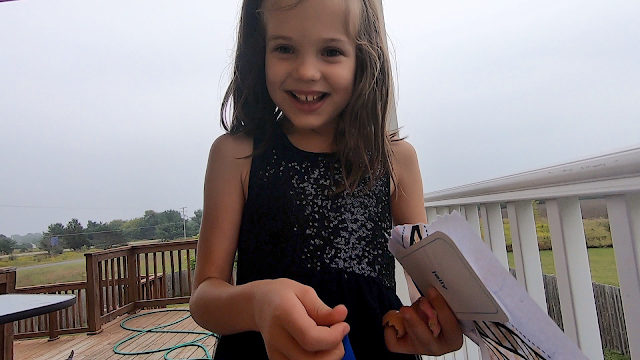 But now and then she's read words that are way above what anyone suspects she's capable of and it's happened enough times that I knew that her report cards last year didn't reflect what was actually going on in that head of hers, even if they definitely reflected what she was showing in the classroom.

I've been working out what motivates her the most and what is the most effective while we're focusing on reading.

Maggie loves it when I draw her mermaids. 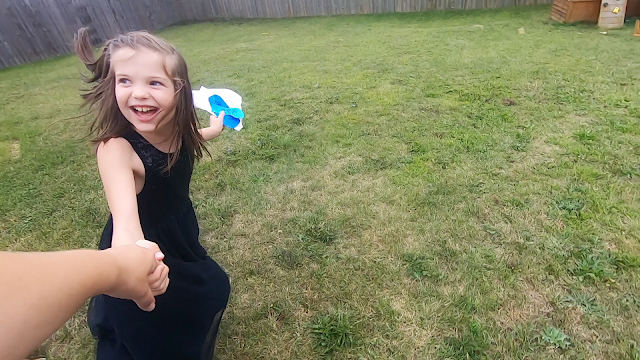 By far the hardest part of any learning session is simply capturing her attention.

I will write down a word on the little lined white board we use and she will immediately say the first word that I wrote down on the previous day without even looking.

"Maggie, read. Look. Look at the word. That's not looking. Your eyes are way up here. Look at the board." I said at first as her eyes darted here and there and everywhere around the room except at the word.

Then I learned the art of negotiating.

"You read first then I'll draw one mermaid."

She immediately looked at the whiteboard and read the word.

Yesterday she read word after word for 15 minutes, which was by far the longest single sit down session of reading she'd done so far. At the end her paper was covered in tiny blue marker drawn mermaids.

Then it was time to go outside. 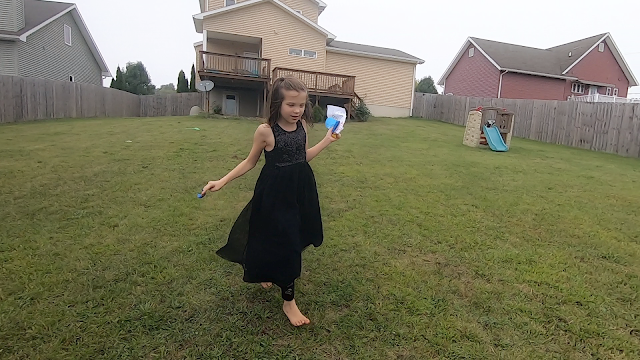 But once we got there we realized that it was actually raining.

Maggie didn't care. She said "Mommy splash in the rain!" and grabbed my hand and pulled me down off the porch and into the rain with her, giggling and chattering away about mermaids and running and plashing and swimming in the rain.

"Mommy splash! Swim in the rain!" She replied. That was definitely a no to hiding under the porch.

And so we splashed in the rain. 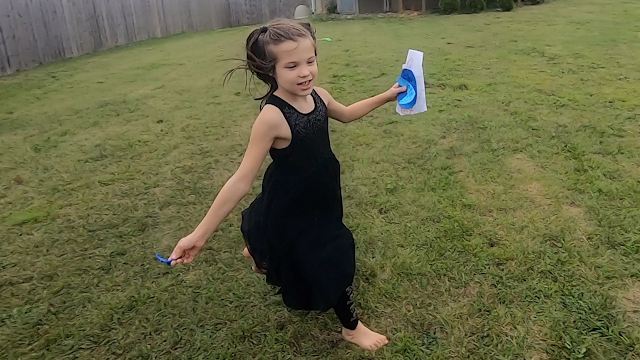 It isn't the costumes.

It isn't the decorations that will be springing up all over town soon.

It's that she gets to walk around and people give her candy.

Maggie says "trick or treat" year round when she's lobbying for candy.

The other day she started to get sad when I told her that her favorite aquatic center was closing for the winter.

Then I pointed out that while we would miss it, it meant Halloween was coming soon and her entire face lit up. She was thrilled and finally stopped asking about the pool every single day when I picked her up in the afternoon.

Now the leaves are just starting to turn and this time, between hot and humid summer and frozen winter is one of my favorite times too. Every time I see a hint of orange or yellow or red peeking through a cluster of green leaves I get excited for the days to come.

When Maggie was diagnosed with autism I slowly let go of my dream of homeschooling her until it was something that I really couldn't even begin to imagine doing. 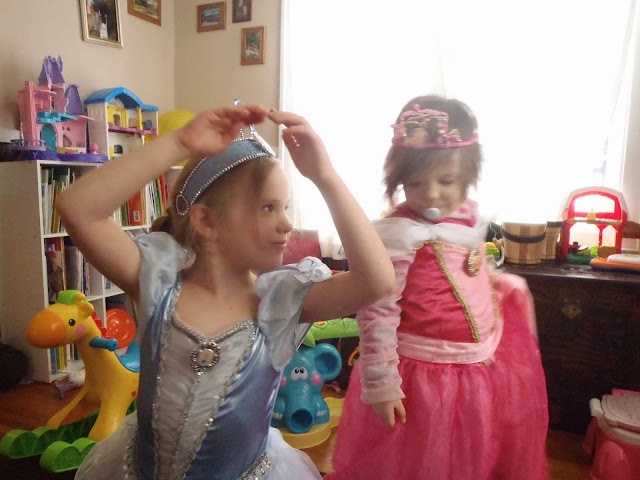 This past winter we began to discuss the possibility again, only this time I was reluctant, weighing every other option that I had.

Could I really do this, teach my very smart, child who is so very creative at getting out of doing what she's supposed to be doing?

By the end of December we were decided. And every day that goes by now I feel more comfortable with the decision, as Maggie lets in on the secrets of what she actually knows.

I'm looking forward to the day when she can actually enjoy reading because I think that could be such a great escape for her, as it is for so many of us.

I have never been more afraid to make a video than I was to make this one. I put it off for a year, while feeling like the message in the video was important and could help others.

I tried once, last year, and just ended up sobbing.

I have thought about writing about it, but I did that once, before we went to see the forensic doctor, and it was so emotionally trying that I'm still not quite there and I'm not sure I'll ever be.

So for now and maybe forever it is in video form. Because sometimes sitting down in a big empty park and talking to my camera is the second best thing to therapy.
Posted by Cammie Diane at 7:36 AM