James has always been a super articulate little kid. It's like he got all the words that everyone else didn't get at a young age and he hit the ground running with them.

He speaks like a little grown up and has sat in many an IEP meeting with me charming adults and surprising just about everyone with his vocabulary. He just seems to like big words.

And he loves giving complements, especially to people that he just met. A woman who works at the school told my mom as she was picking him up yesterday that he had told her that she was beautiful earlier that day.

But he also has a bit of a temper and it's long been a running joke among certain older siblings that if I have to be called to the principal's office in future years it's going to be for James.

So far, his year and two weeks in school has been entirely uneventful and he has behaved himself admirably (at least as far as we've heard). 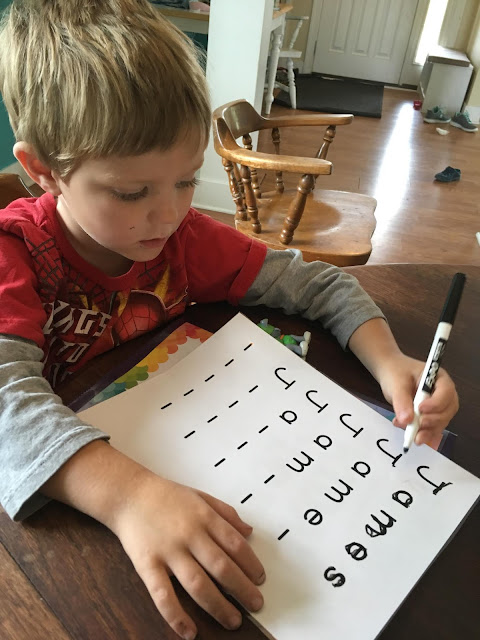 Still, he came home with a story last week and as he told me his tall tale I found myself struggling to hide a smile.

Me: "So buddy, how was your day?"
James: "Bad. Really awful. Horrible."
M: "Really? I'm sorry Jamesy. What happened?"
J: Well. Miss A was in a mood and she said that I couldn't talk all day long for no reason. And everybody else could talk except for me, but I had to be quiet all day long!
M: "And this.... no talking? It didn't happen... after you got in trouble maybe?"
J: "No Mom! Here's what happened! The whole class was being loud and I was the only one in the entire classroom being good and quiet and listening and she came over and I got in trouble and had to be quiet all day long." Sighs dramatically. "It was so unfair."

The thing about spinning a lie when you're four and a half is that you don't know not to take it a bit too far in the telling, making yourself a tad too saint like for your mom, who knows you, to actually believe the story. 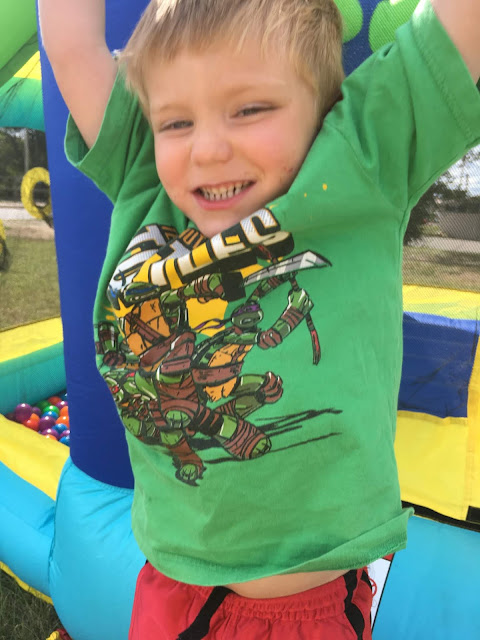 It ought to be an interesting year!


And now for something totally different.

I brought a camera along as I dropped the five kids off at their four different schools/therapy centers.

This is what a typical morning looks like for us on weekdays. It can be more than a little hectic!

Email ThisBlogThis!Share to TwitterShare to FacebookShare to Pinterest
Labels: school