Mae's birthday got off to an early start when Patrick decided that everyone needed to get up at 5:30am and I let Mae have a special start to the day by doing one of her very favorite things... climbing into the big bed and snuggling next to the window fan.  She and I huddled under the covers (being in a fort is her new favorite thing) and she repeated a phrase that she just started saying these past few days.  I found myself repeating the words over and over again in my mind, trying to figure out exactly what she was trying to express as she grinned from ear to ear.

Still uncertain of the meaning of her new favorite phrase we decided that even though it wasn't quite six, no one was likely to be falling back to sleep and we took the kids downstairs where they found the living room decorated for Mae's big day: 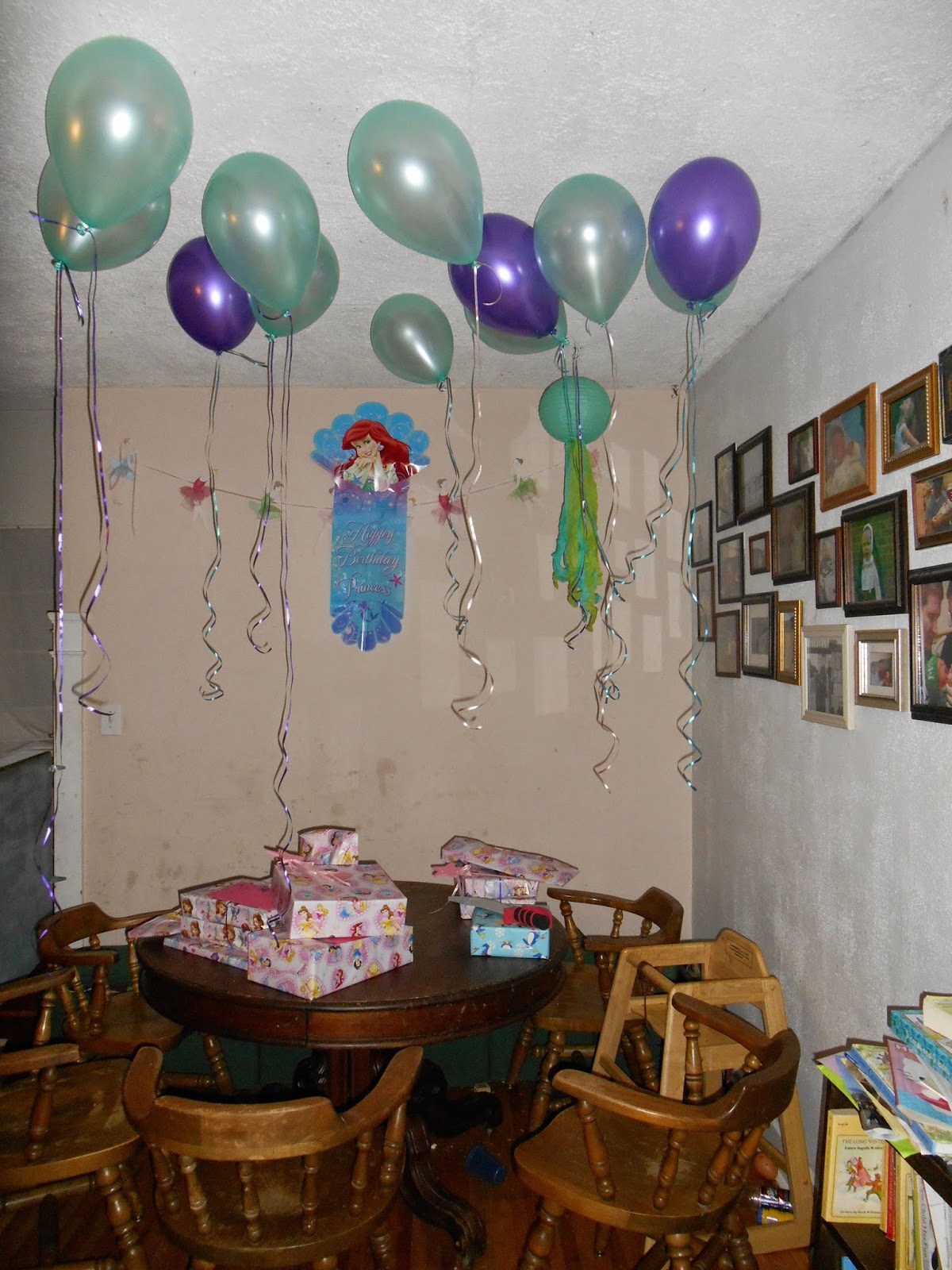 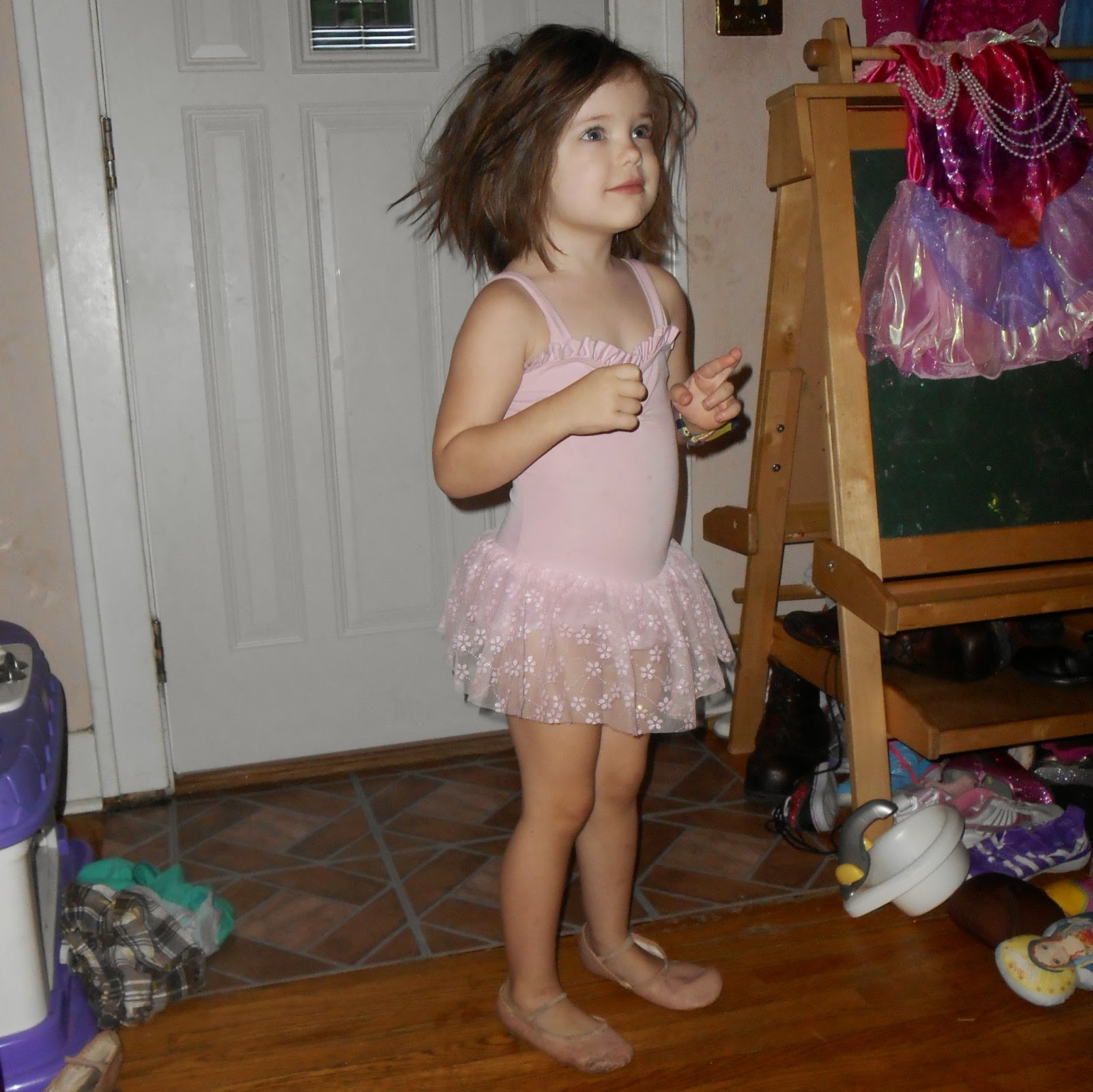 After changing into her favorite dress she began to open presents (anything mermaid was a huge hit): 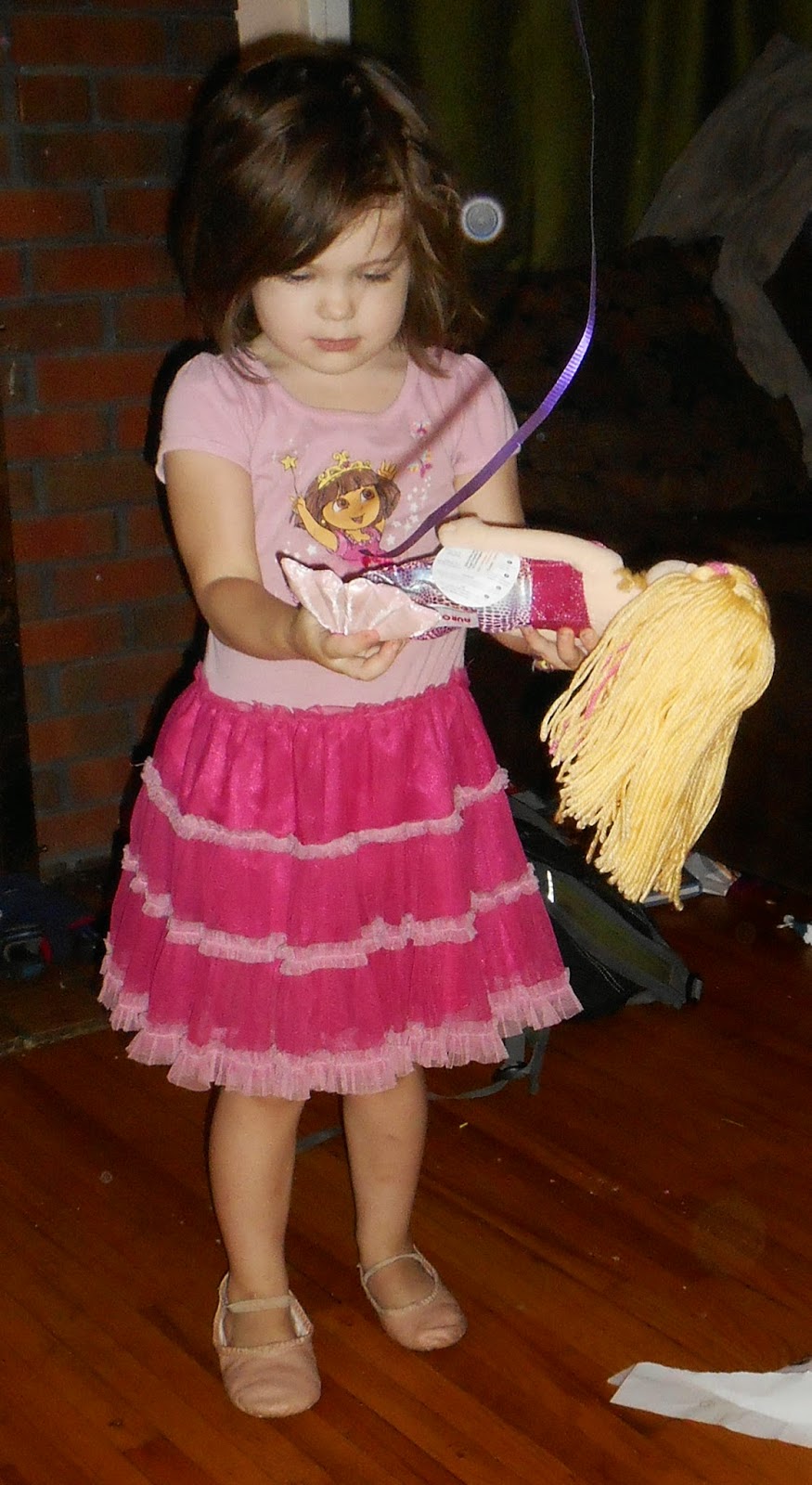 Patch spent his time playing with a box of cars I'd found that I'd tucked away years ago and had kept meaning to bring out: 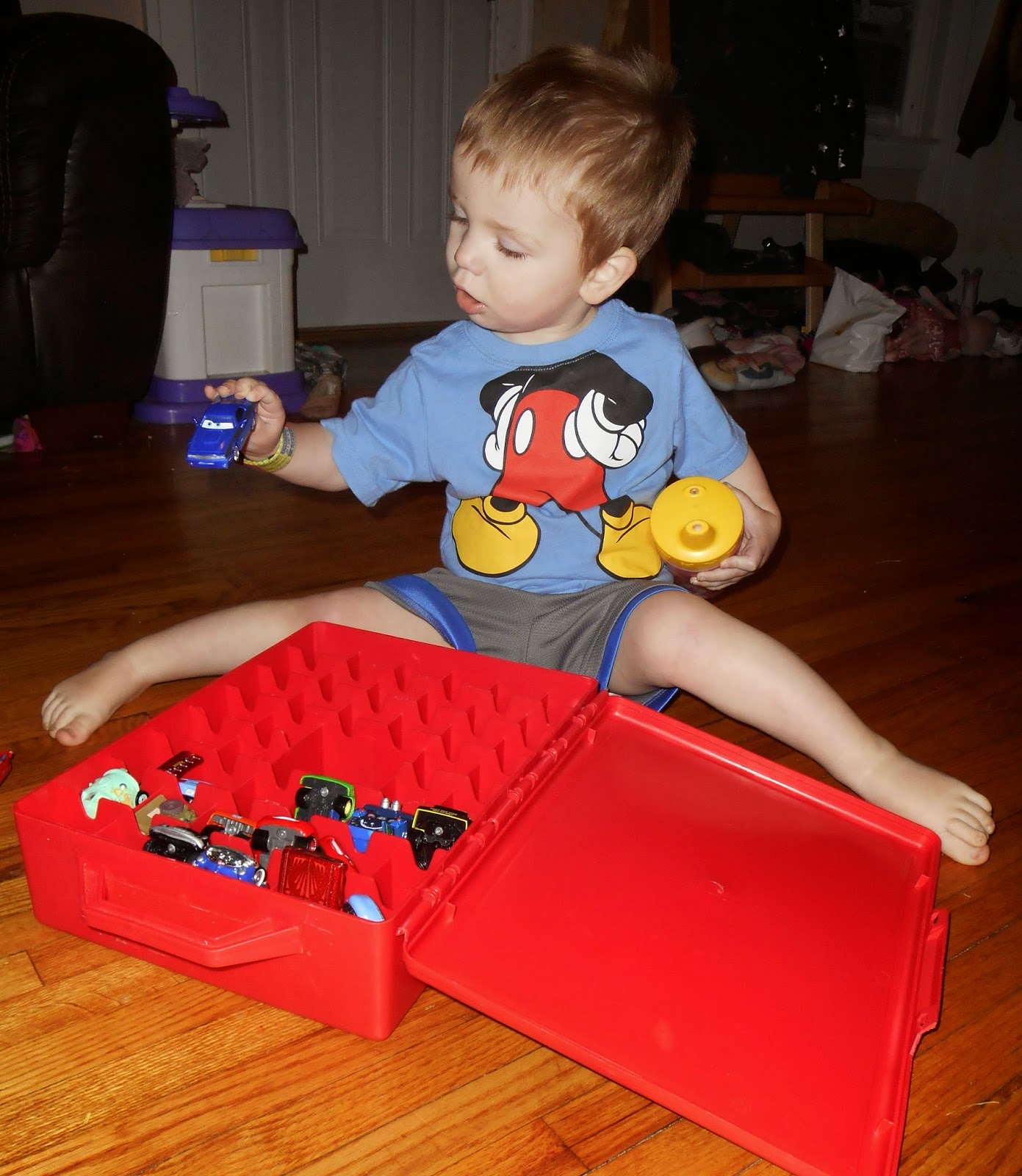 After presents I brought out toe gf/cf doughnuts I'd made the night before with left over cake batter and the kids devoured them: 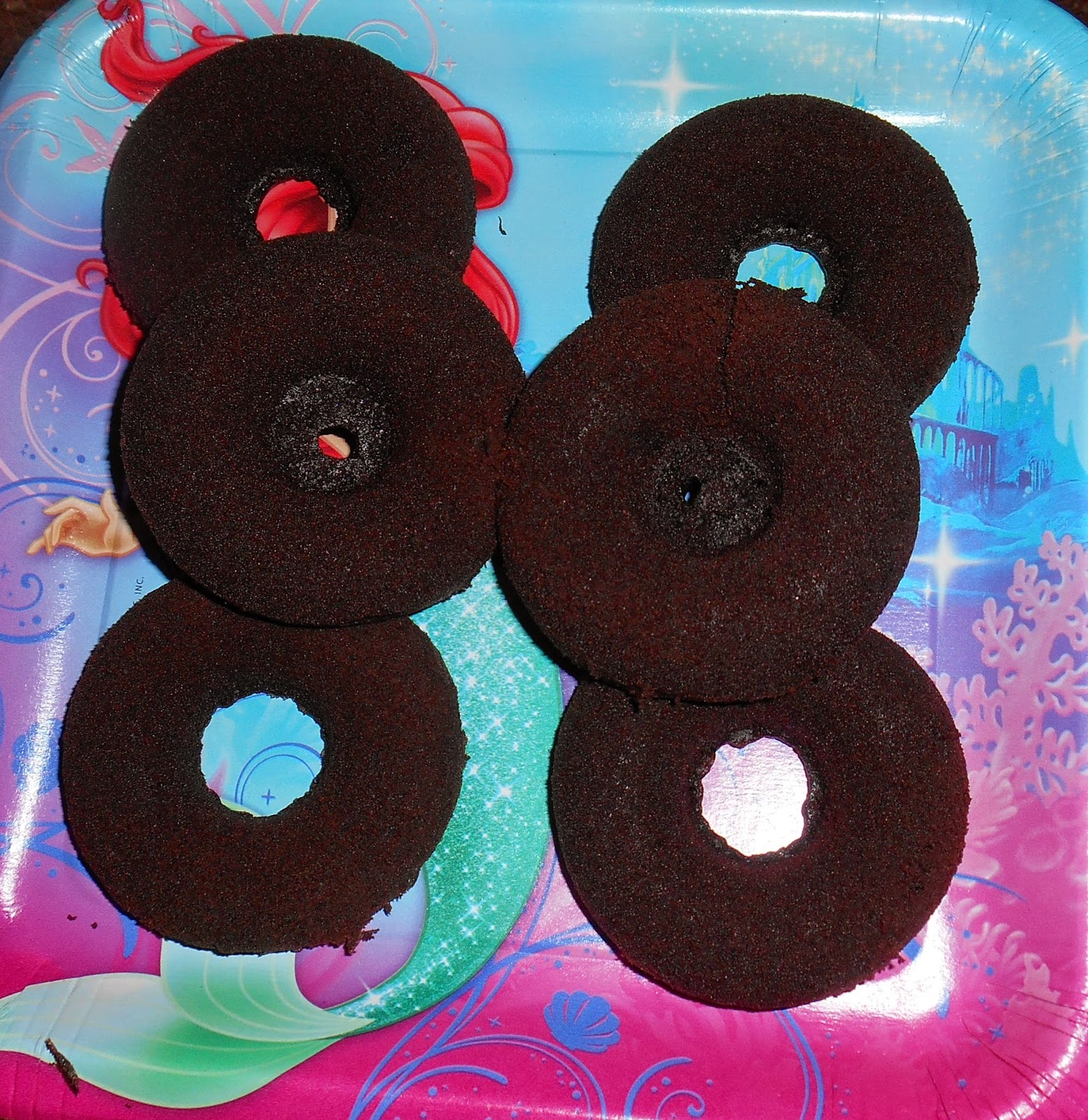 Paul did a little yard work while we waited for it to get a bit later in the day (there may have been a nap in the middle of the playroom floor in there too) and then we packed a lunch and headed over to the zoo for a picnic and birthday fun! 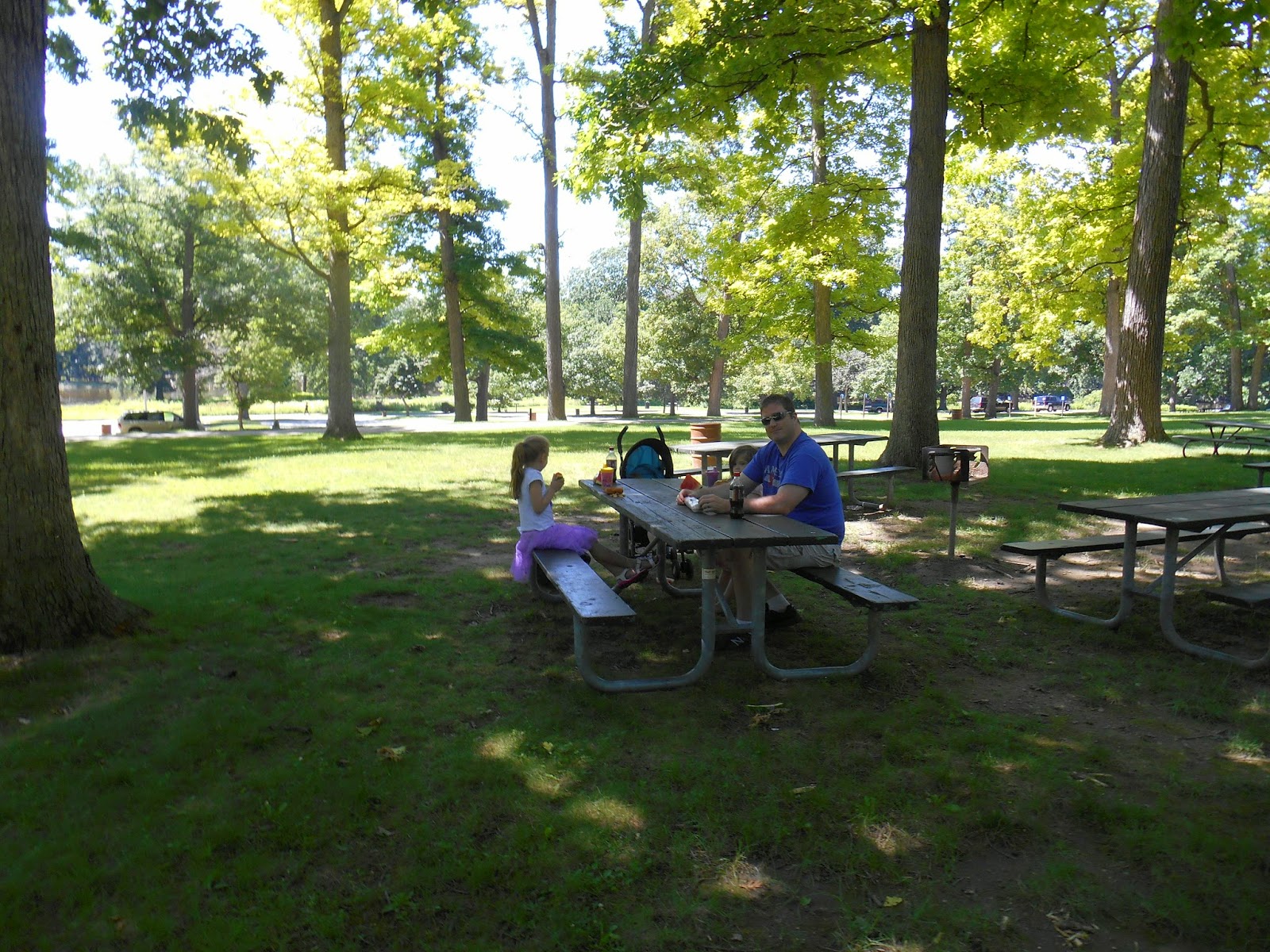 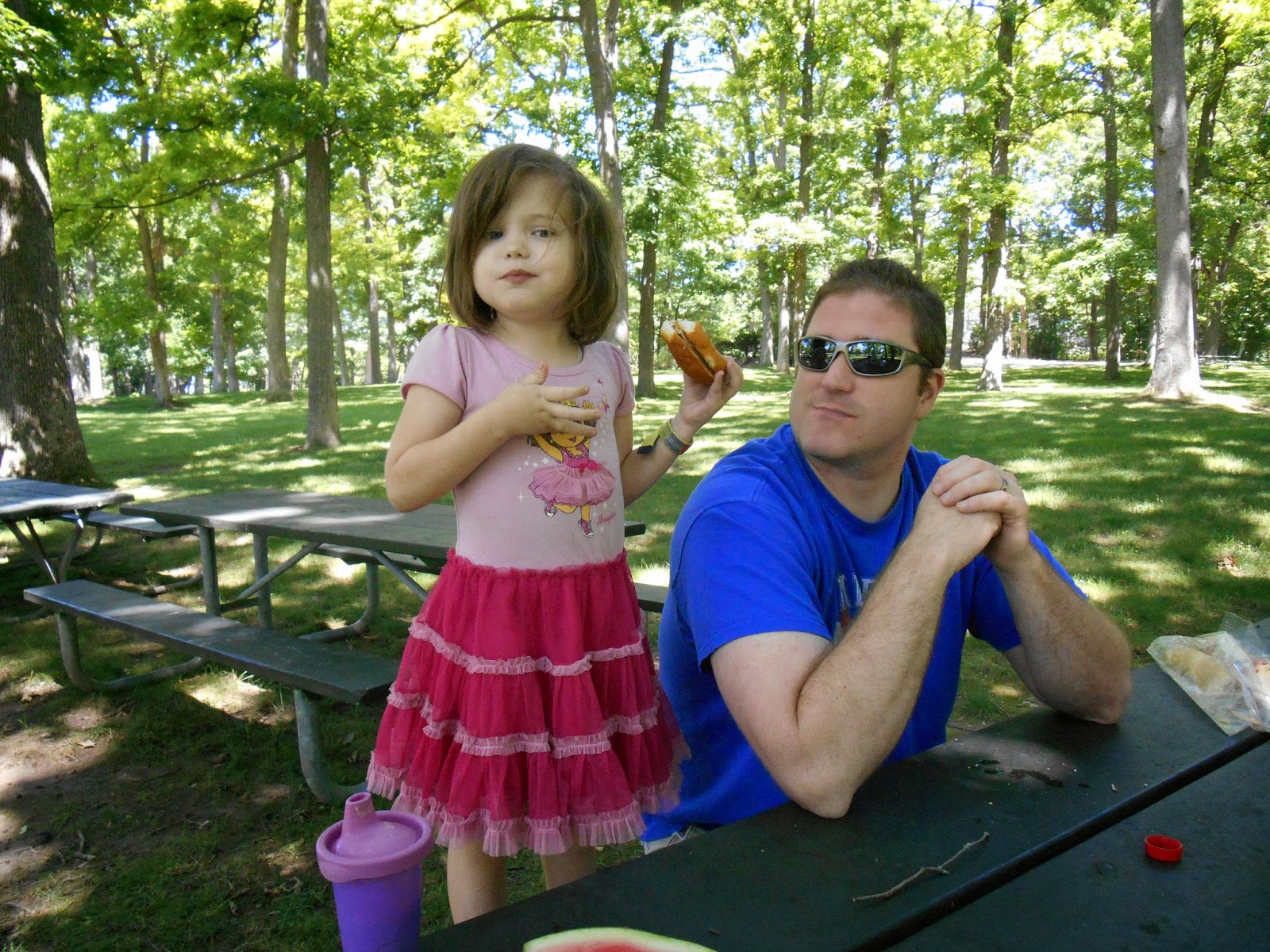 After lunch we went to see the animals: 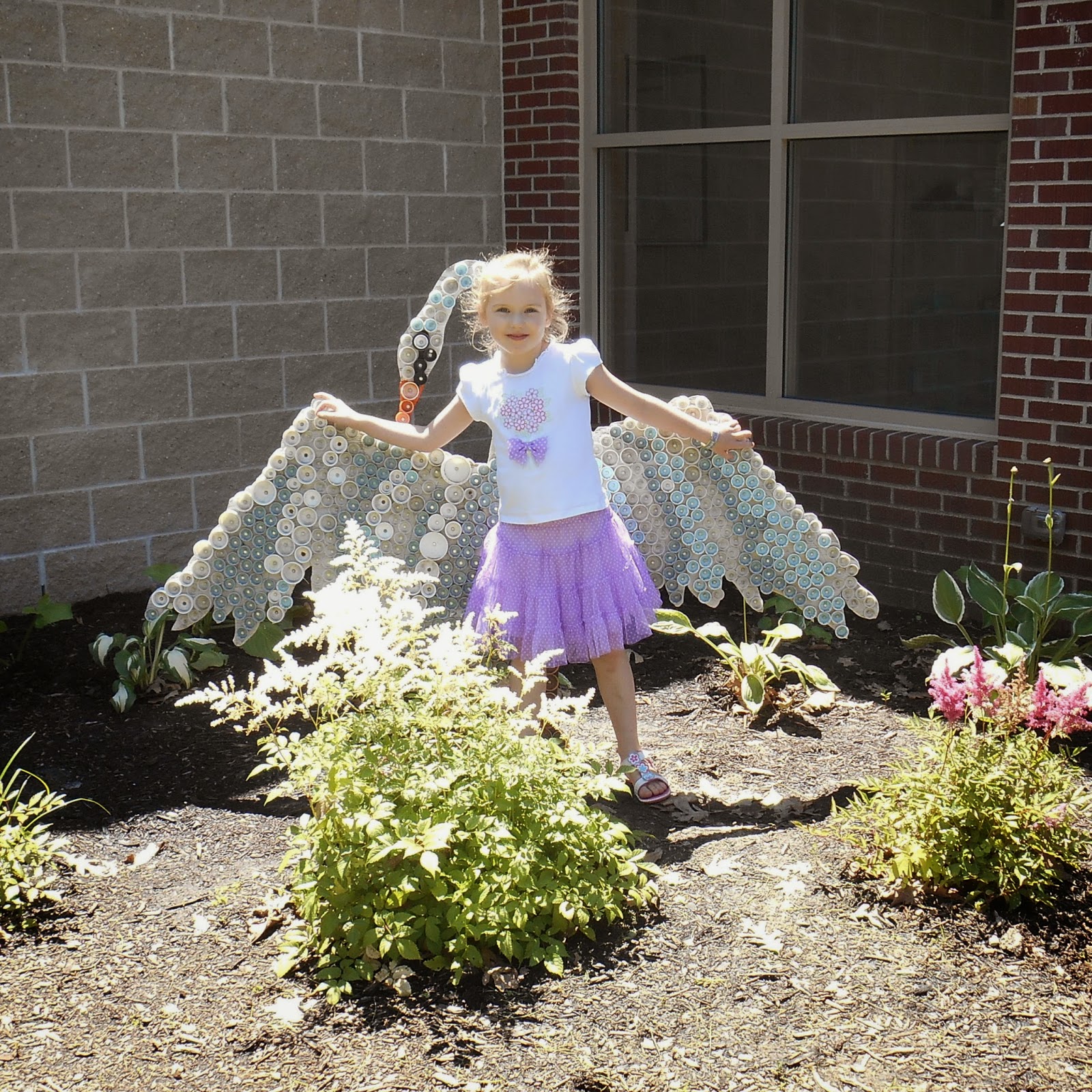 Mae and Paul both rode a camel for the first time... and it nearly ended in disaster.  Apparently the camel saddle wasn't on tightly enough and it started to slip off.  There were a couple of nerve wracking minutes followed by the camel walking really fast because he wasn't comfortable with the saddle blanket slipping off and he really wanted them off his back: 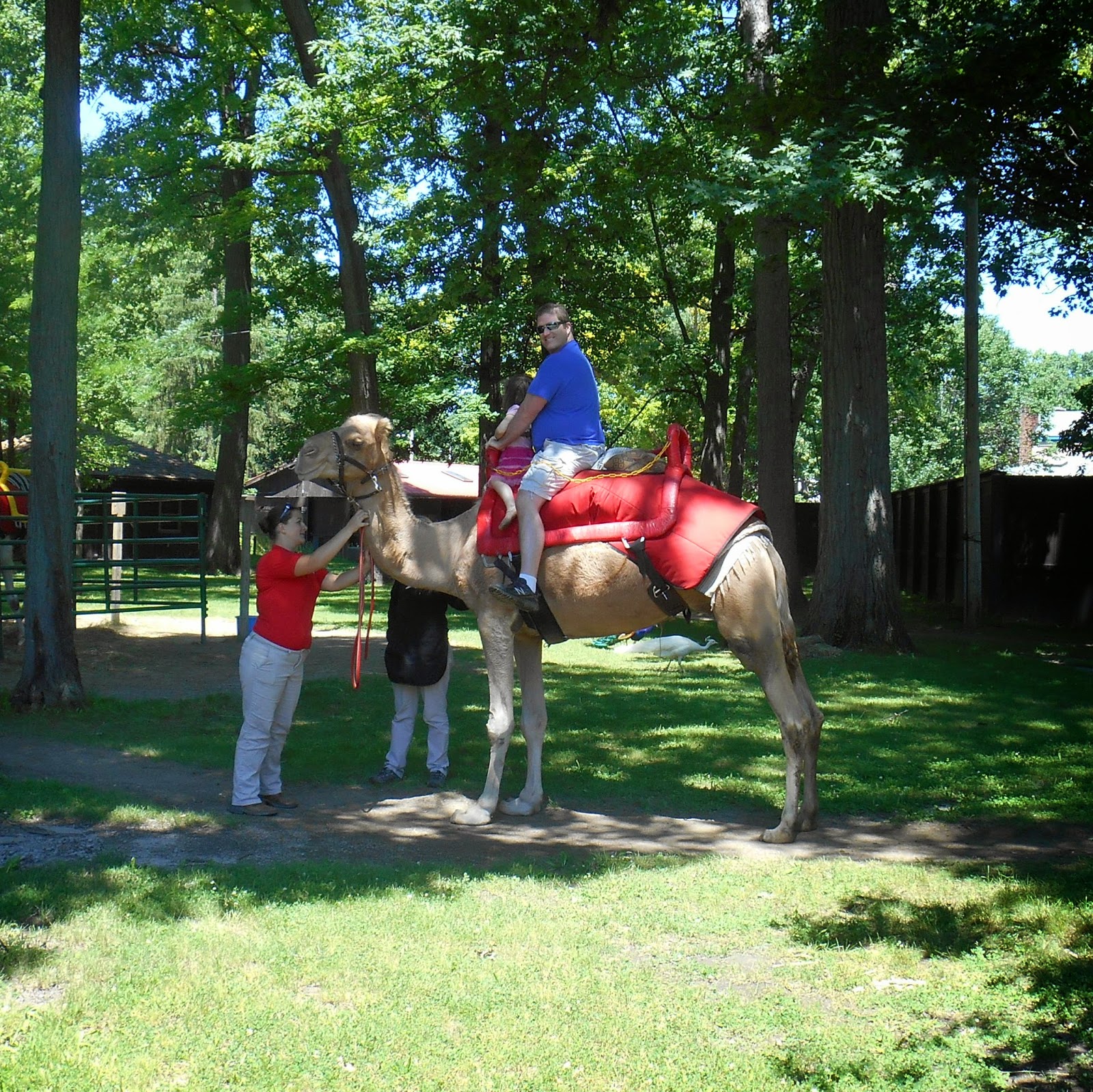 Once they were back on the ground we headed over to the zoo playhouse: 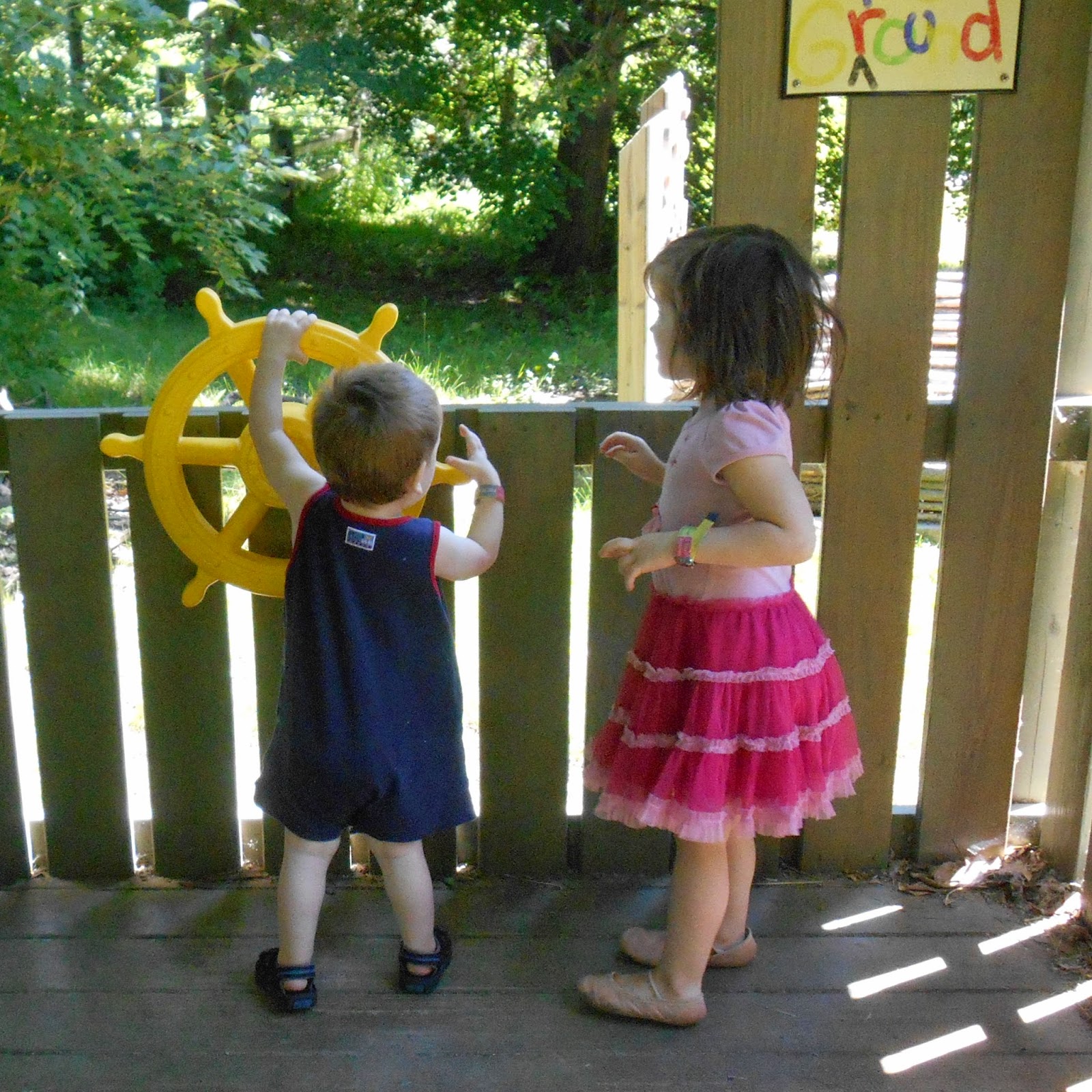 And after a stop at the "baby garden" per Sadie's request we all rode the train: 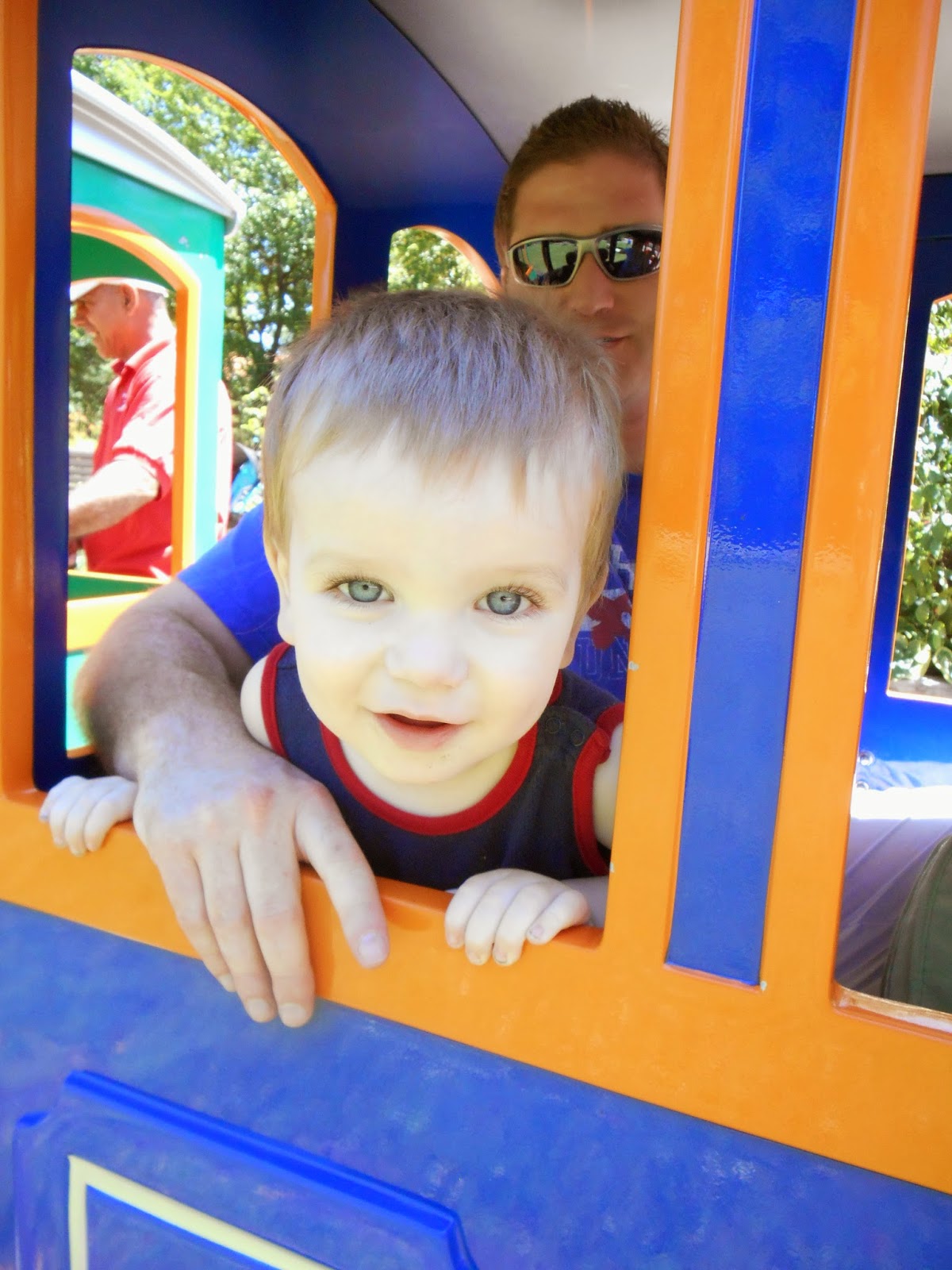 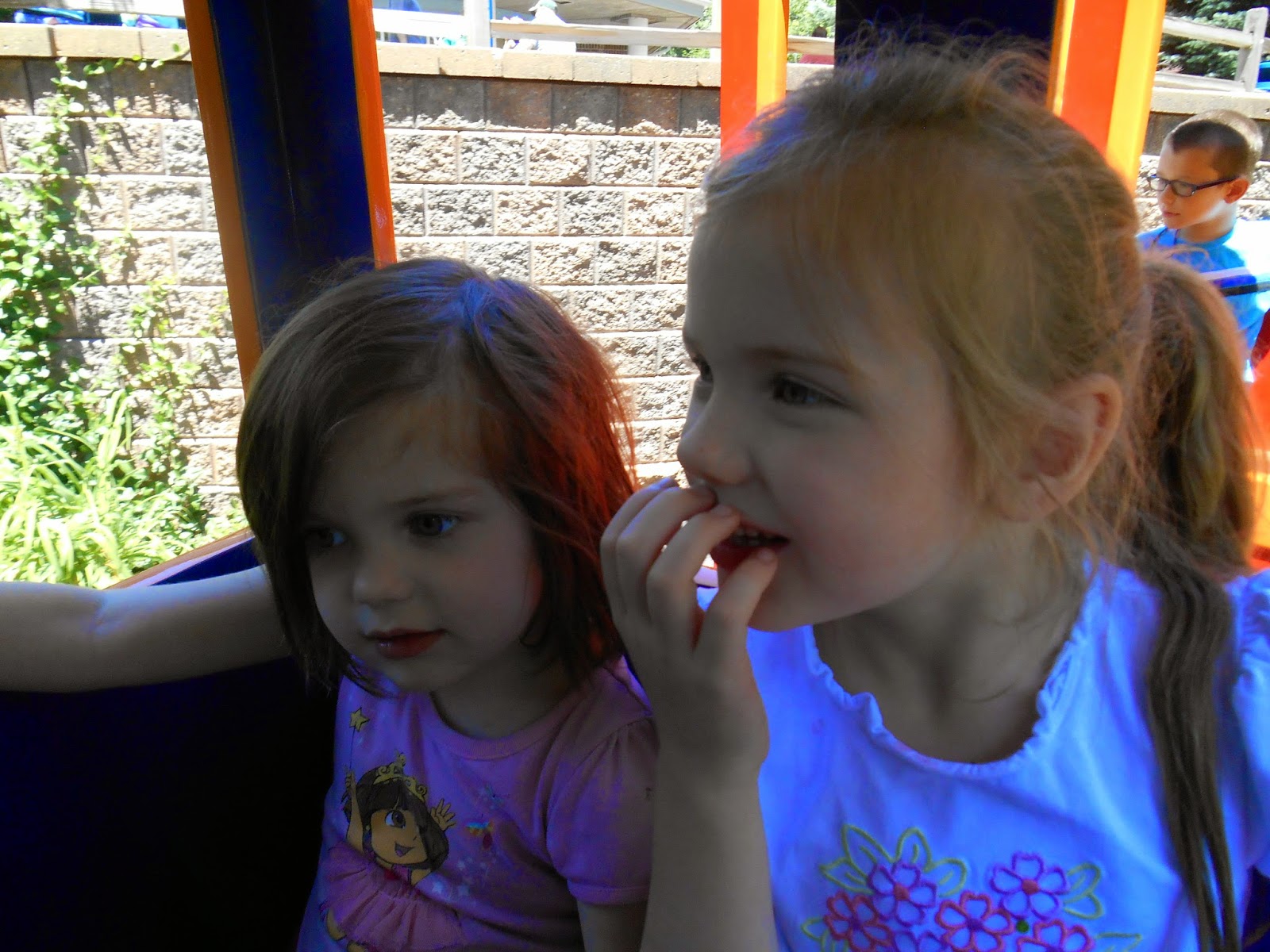 We stopped to see a few more animals (Mae's favorites today were the lions and the otters... Patch cried when we had to leave the penguins...) and then it was home for a "Pool Party."

I had done some prep work to make today's party stand out (since Sadie refers to just about every day as a "pool party."  Since Mae's party theme was mermaids I'd tried to think of sea worthy snacks.

We started with blue jello with sharks (Patch immediately stole one): 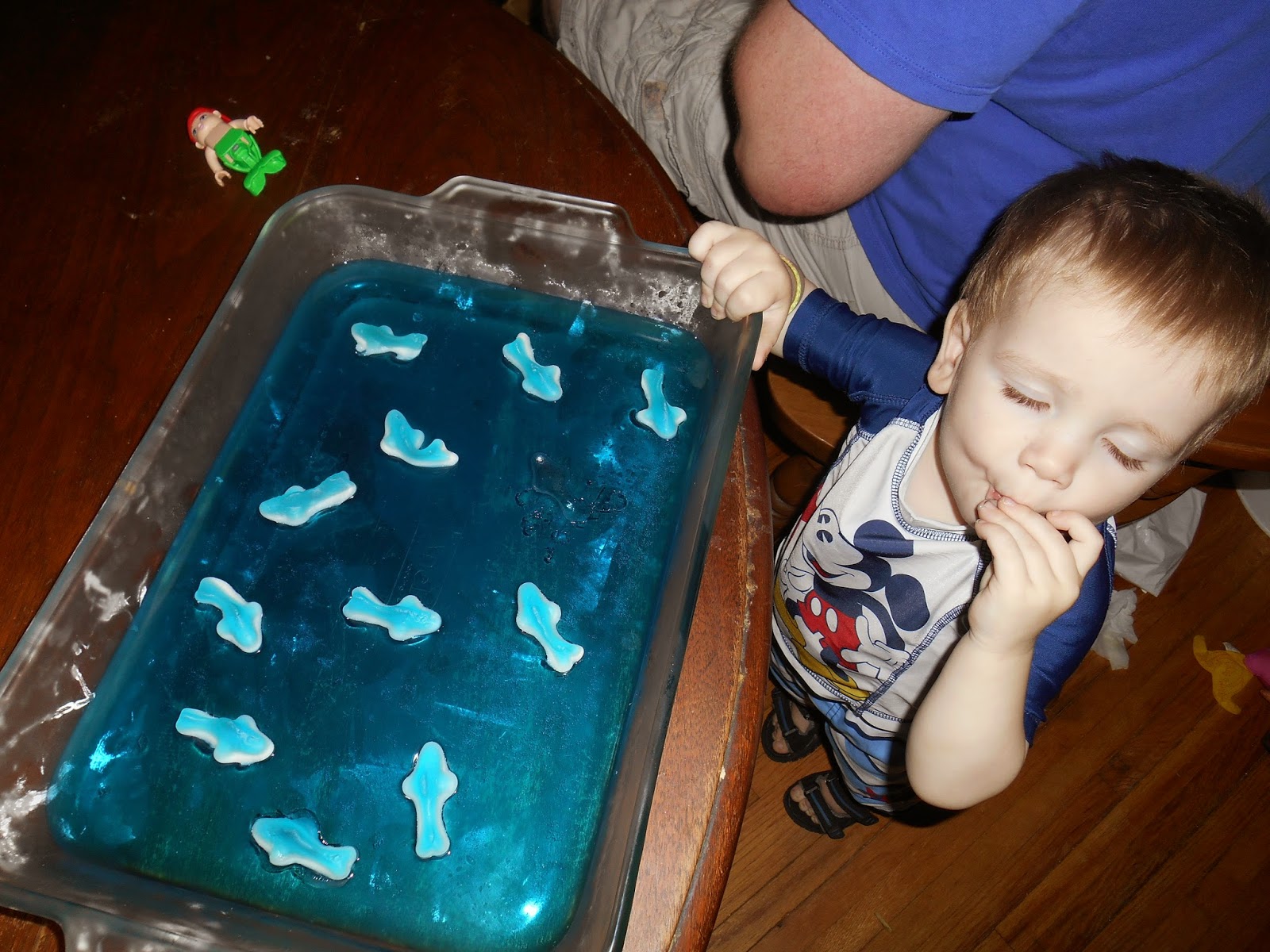 And I think they had as much fun playing with it as they did eating it.

I'm very thankful I served it to them outside: 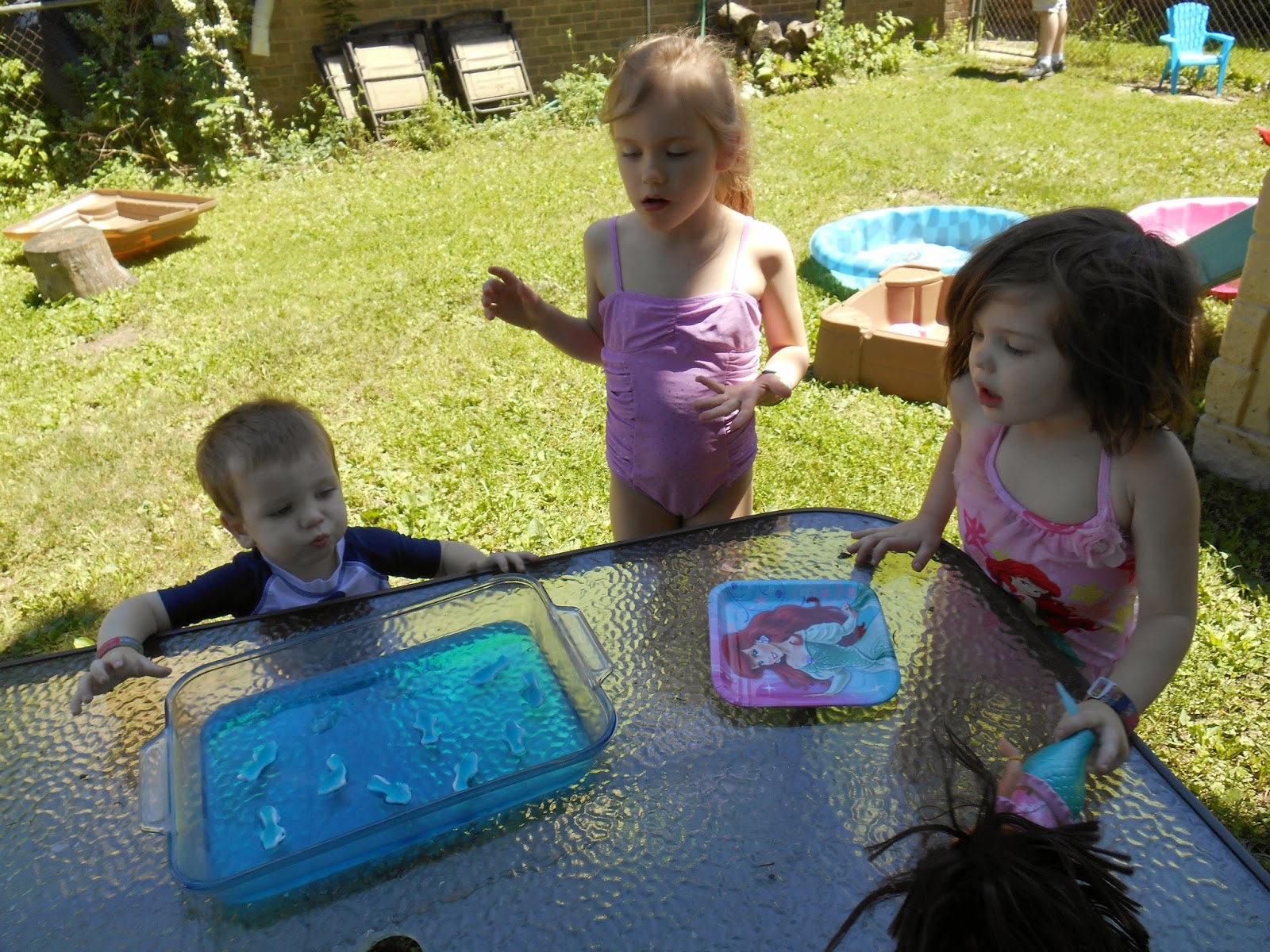 I'd also made popsicles using a fruit punch I'd found mixed with 7-Up (giving the kids about 100 times more sugar than they have just about ever... today may have set some sort of a record...): 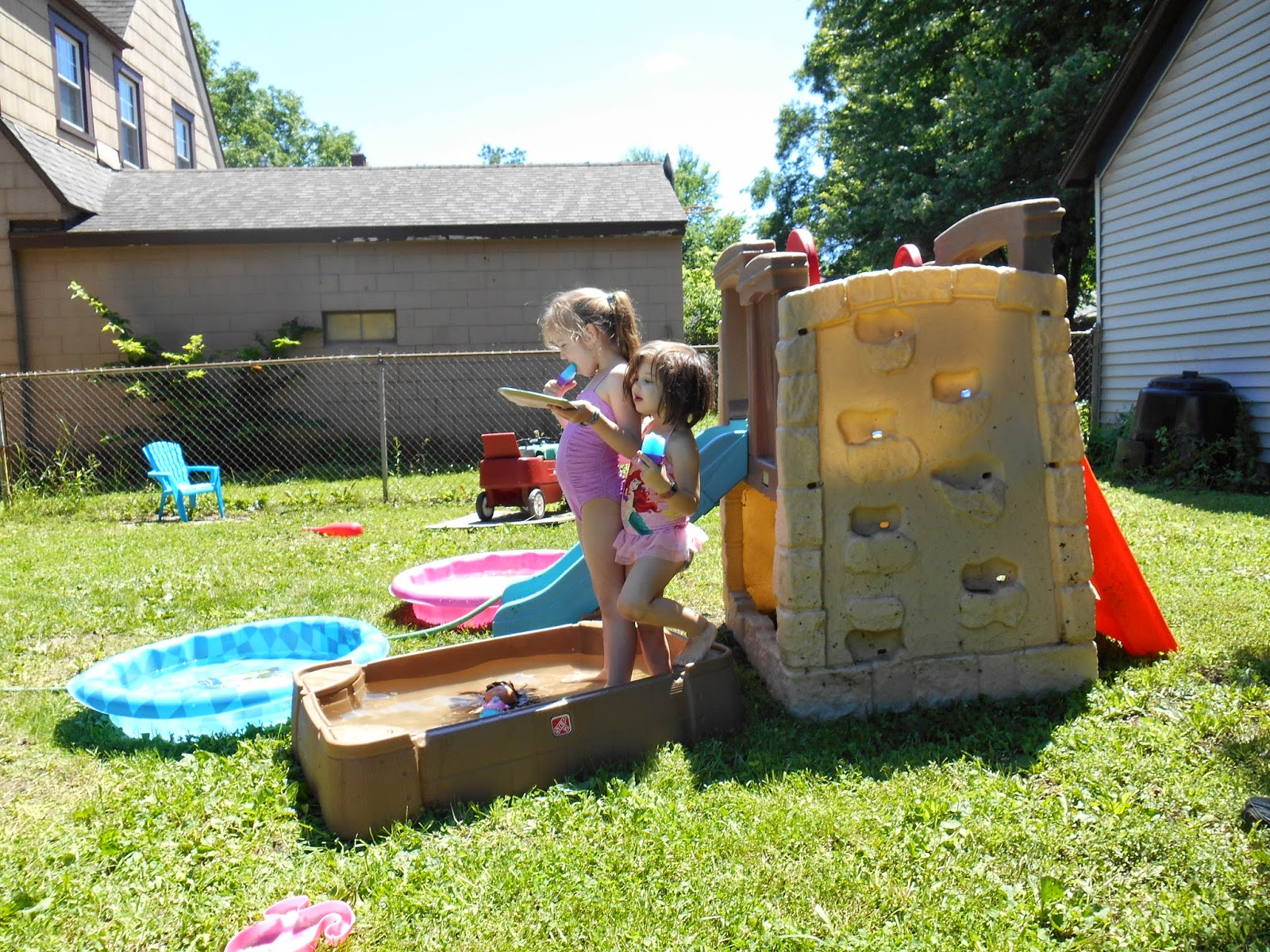 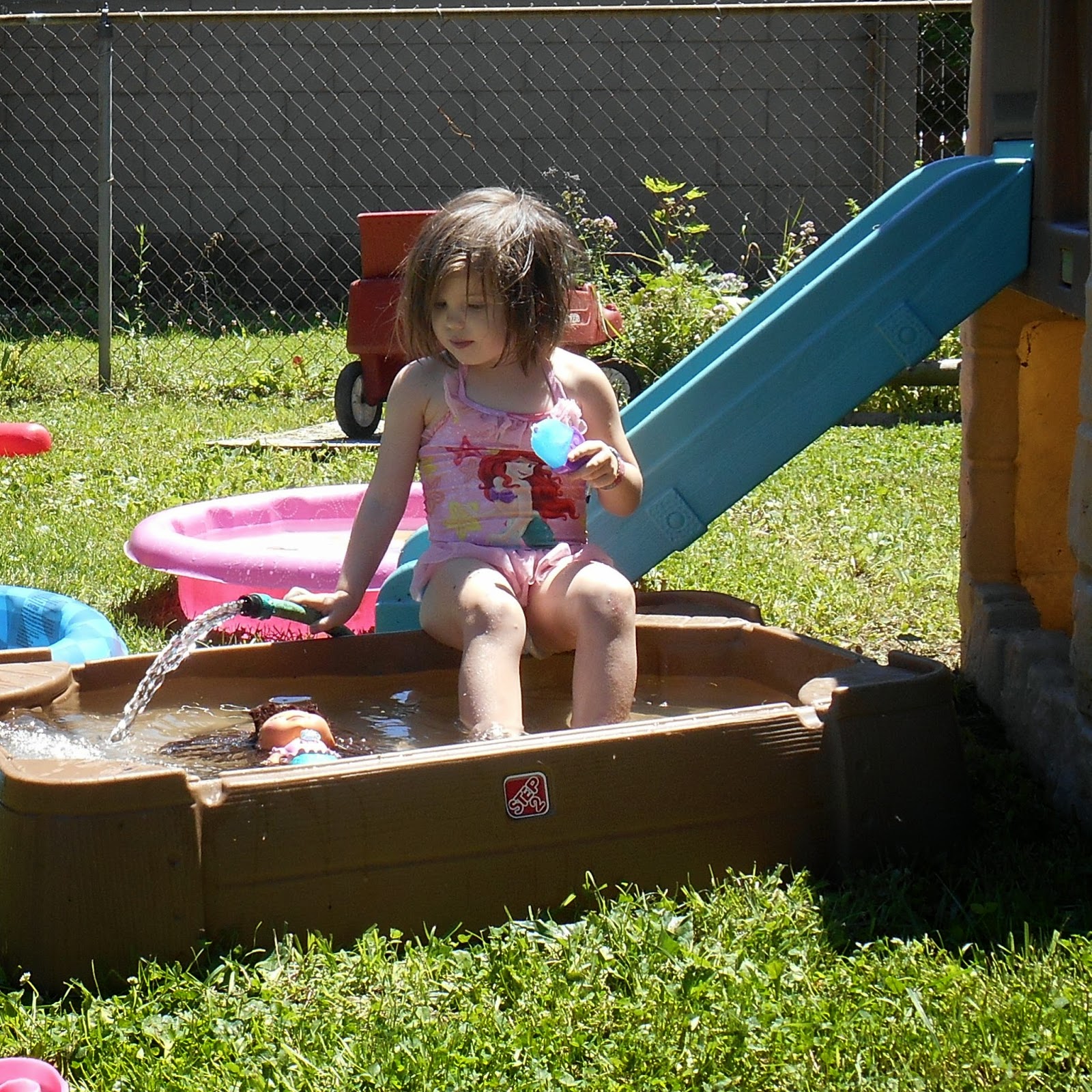 Did I mention that there were gummy fish and sharks in the popsicles?  The kids definitely enjoyed them! 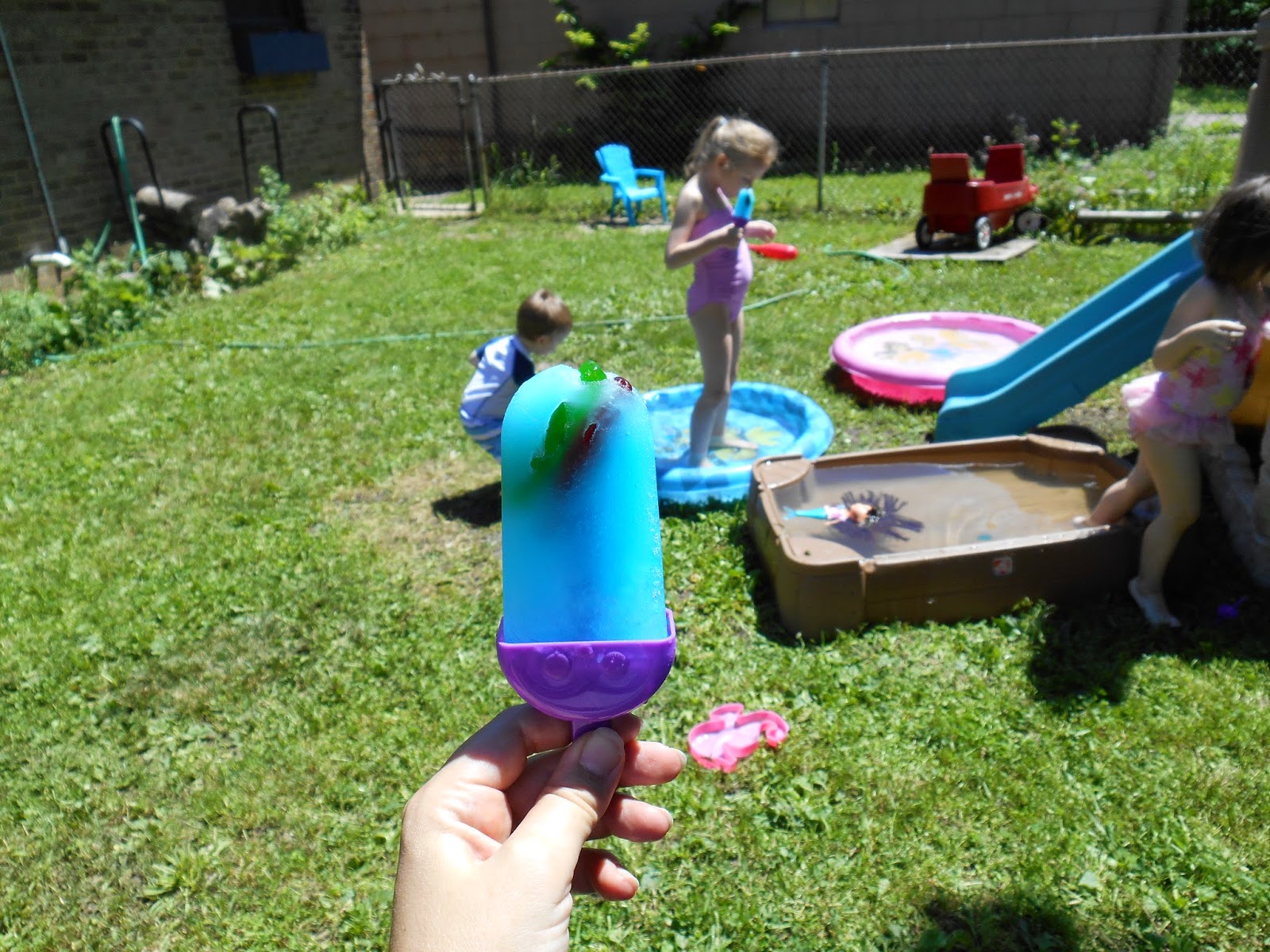 Patch had fun scooping the left over jello onto a plate and mashing it with his hands (sensory activity for the day complete!  Especially for the one kid in our house who doesn't like getting his hands dirty!): 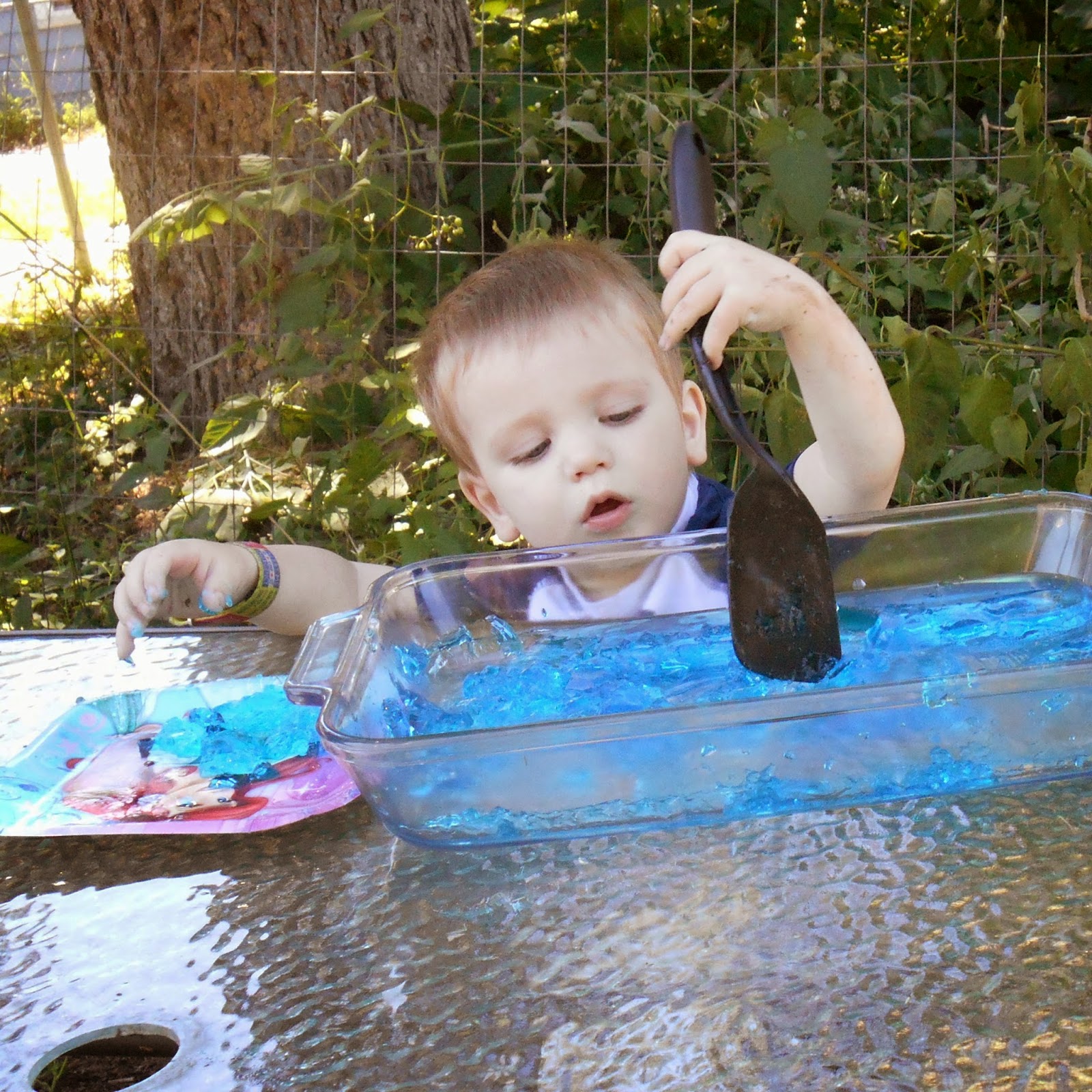 And I even had Paul snap one picture in my most comfortable dress (and thus favorite) before debating sharing anything here that involved horizontal stripes while pregnant: 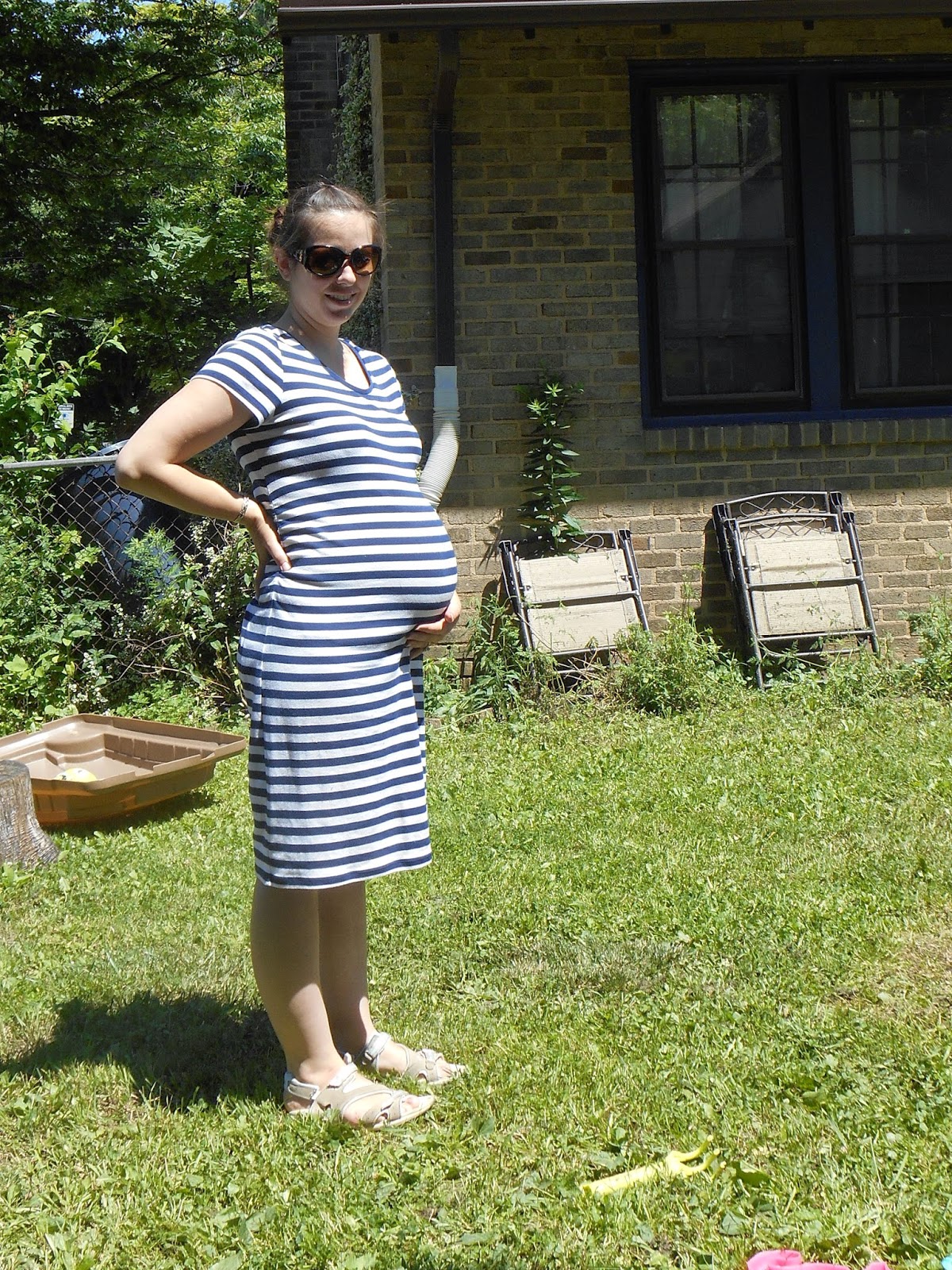 When two out of three kids were cold and tired (I'm convinced that the birthday girl could have stayed in the pool all day long) we headed in for cake.  I used our birthday cake pan and an Ariel doll to come up with my version of a mermaid cake that I had a feeling Mae would love: 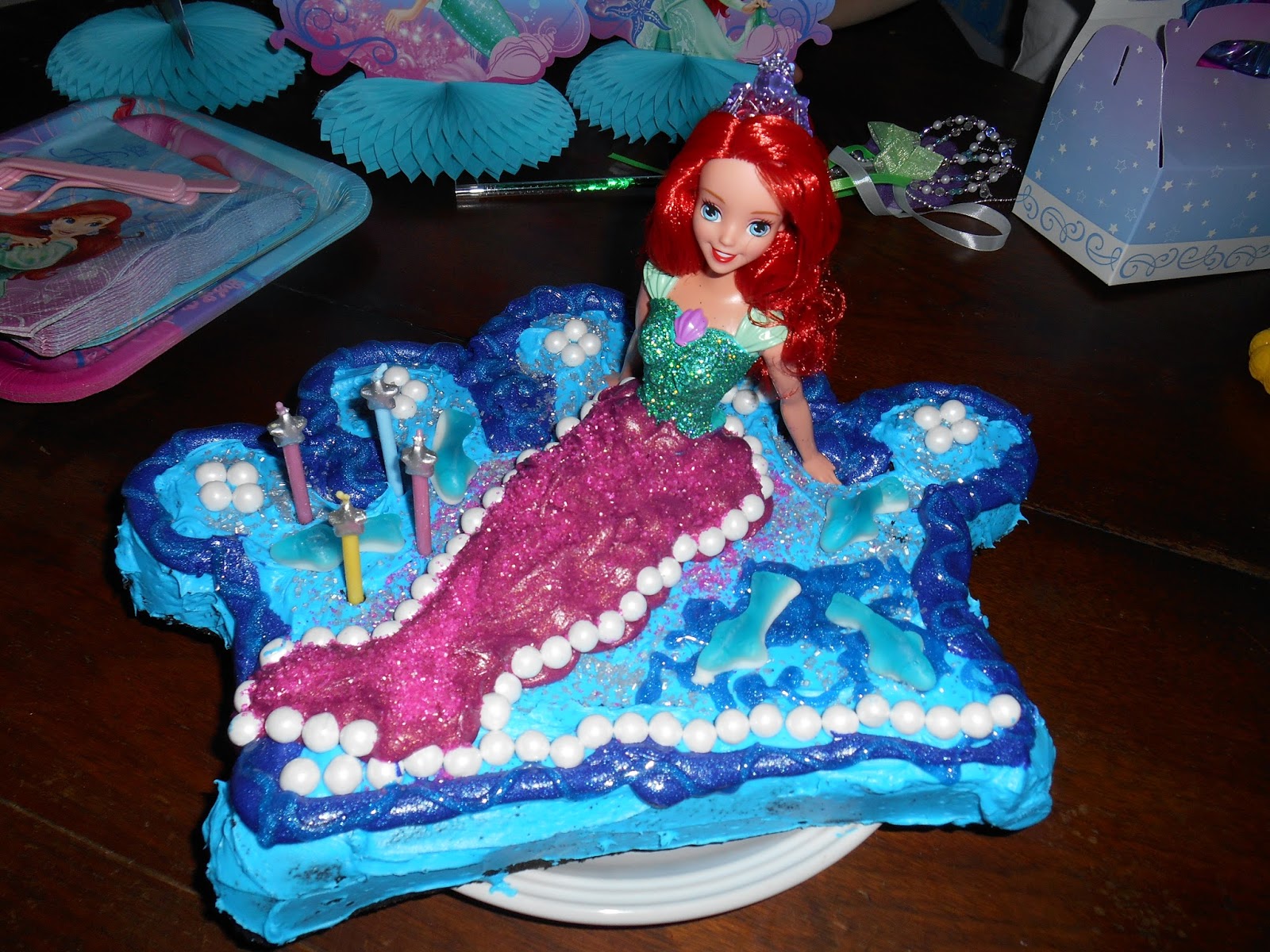 And she did.  This (along with using the potty five times today, which I'm still beaming about) may have been the high point of the day.  She was so excited and yet she folded her hands and waited for the singing to stop and tried to blow out the candles (I do help her at the last second when she reaches for them when they don't go out!):

Oh and those words I was trying to decipher earlier in the day.  As she said them over and over again over the course of the morning there were several instances where they became clearer:

We'd talked about her upcoming birthday all week and her entire face would light up every time I mentioned that she was almost four and that it was going to be her birthday!  And she'd been so excited that she'd been telling everyone she saw about it all week long! 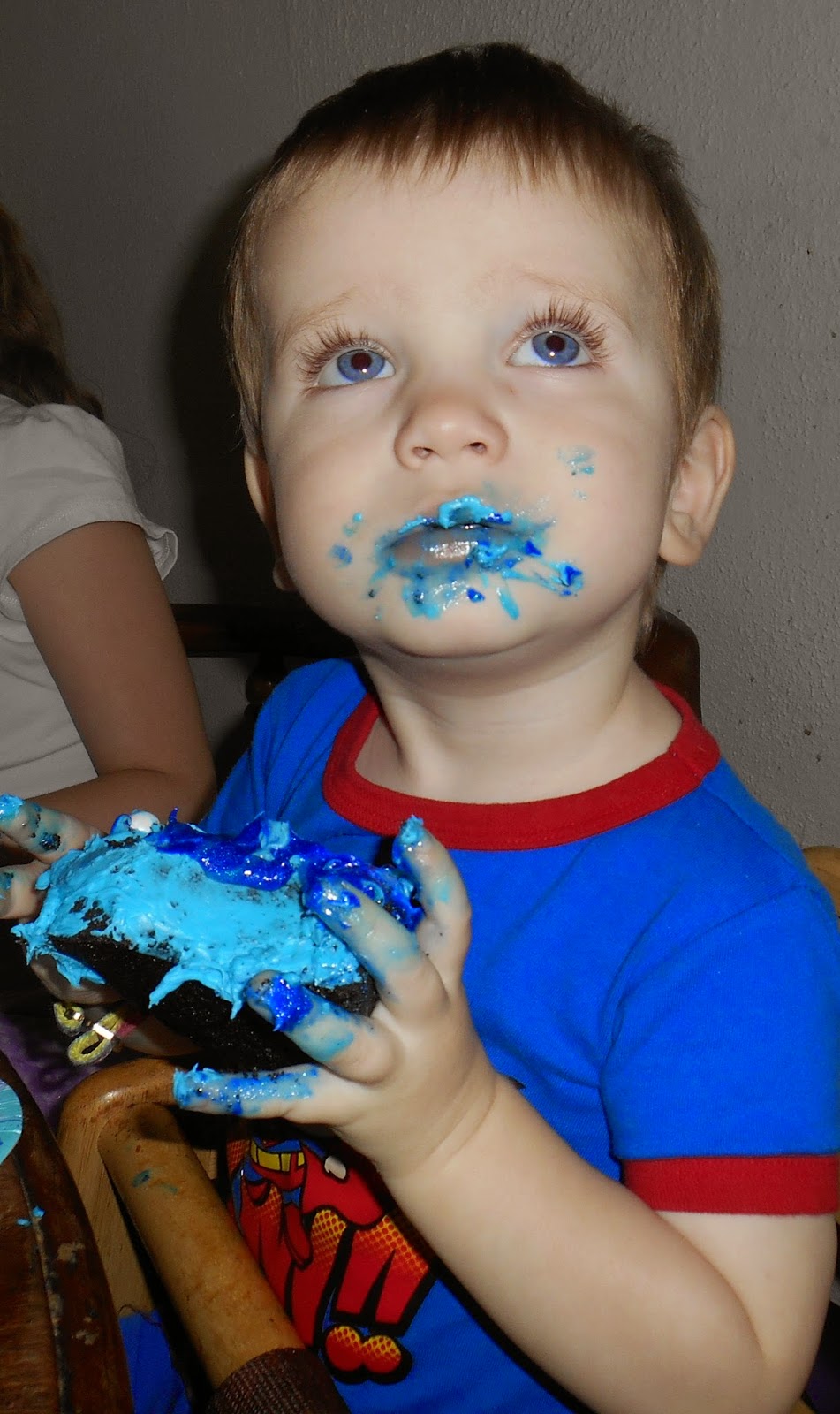