{phfr} with a splash of trails thrown in

{pretty} with a splash of Theme Thursday thrown in

Sadie asked me to help her into this dress earlier in the week.  It's one that I got the summer after fifth grade when my family visited the east coast and went to Williamsburg.  I think I wore it for Christmas in sixth grade... it's still a tiny bit too long for her in the sleeves, but other than that basically fits my tall six year old the way it fit me when I was twelve.

She also thought it would be the perfect dress to head out to pick vegetables in the garden in: 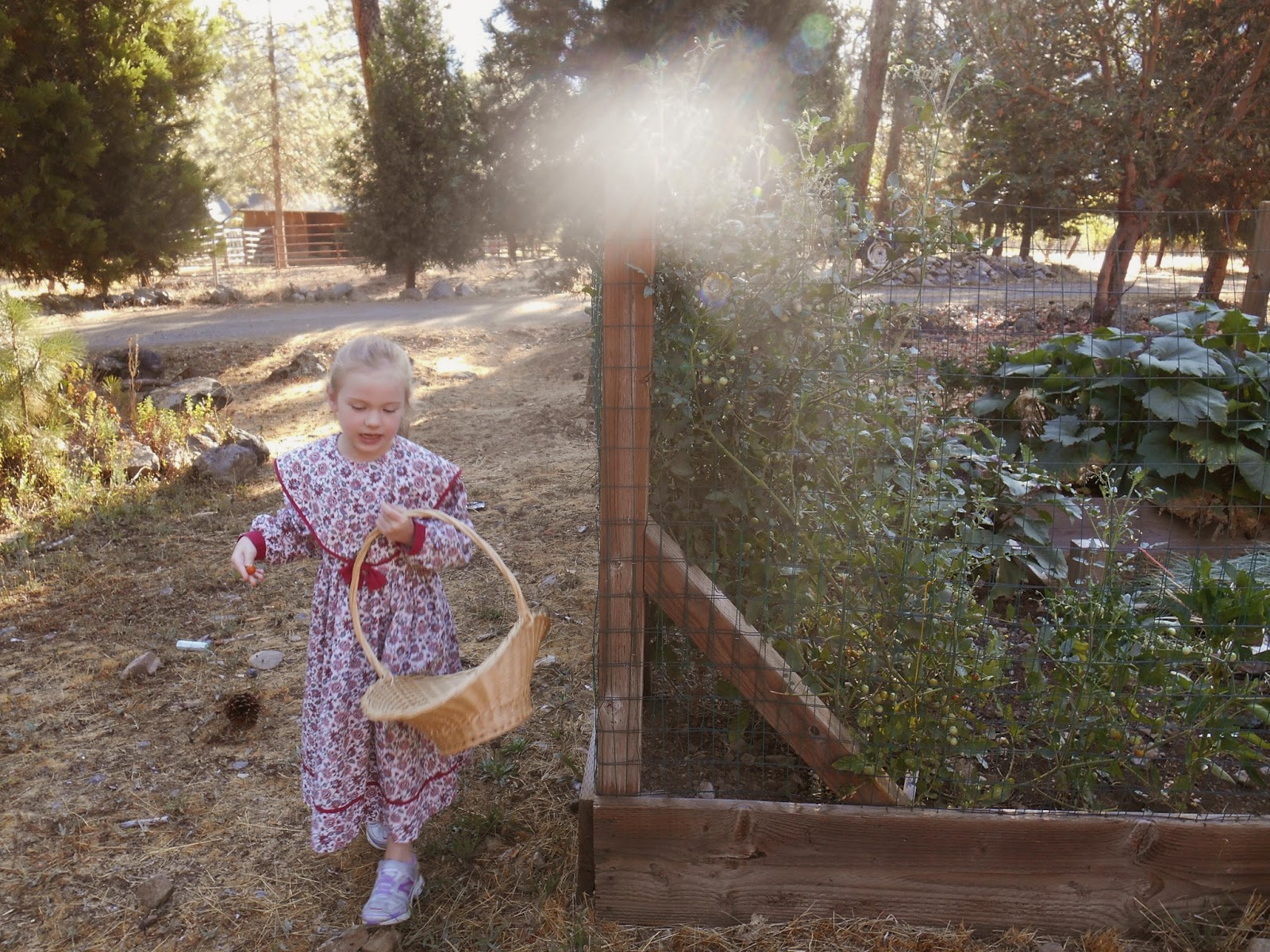 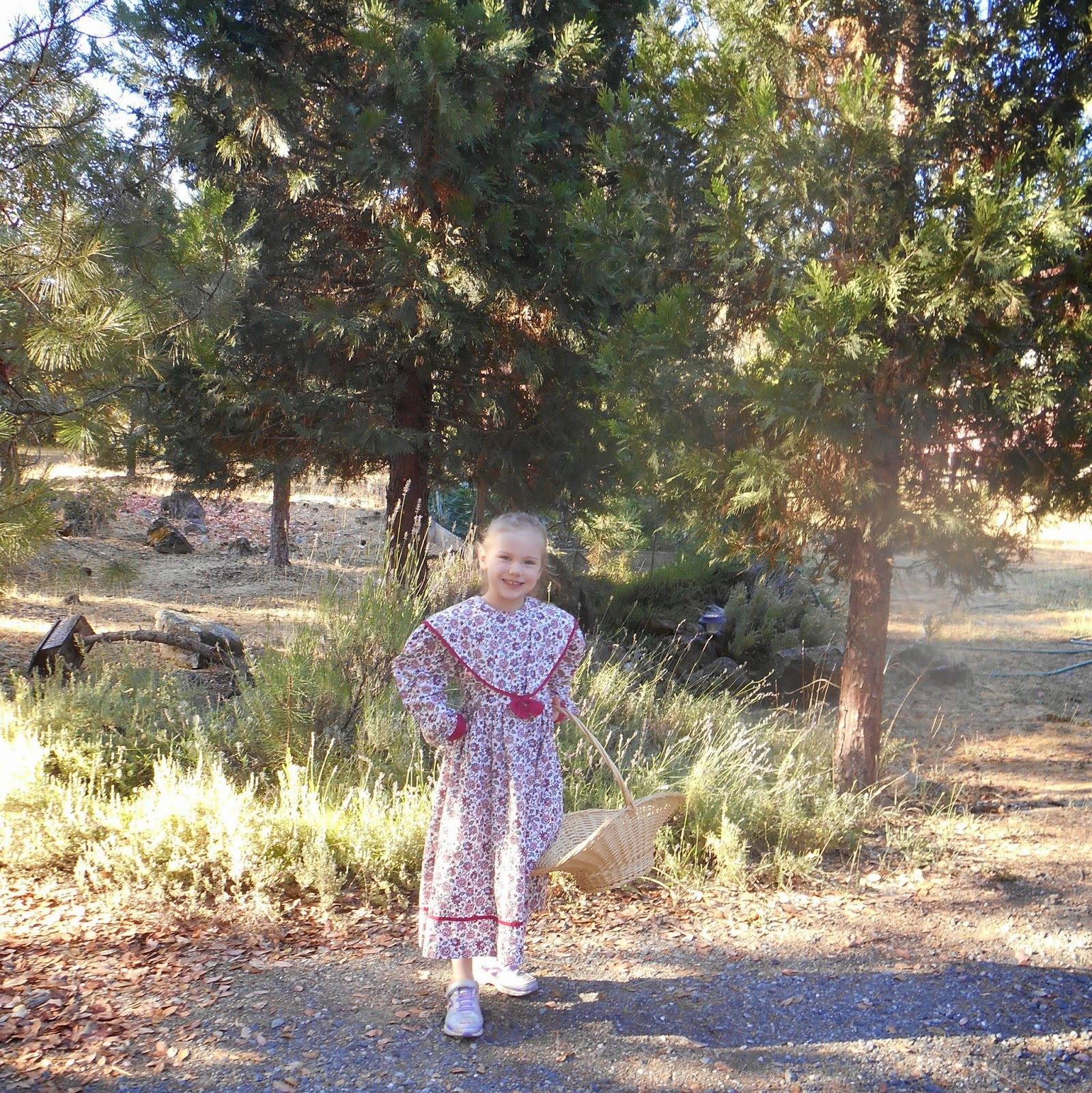 Not many vegetables made it into the basket though.  She was too busy eating them: 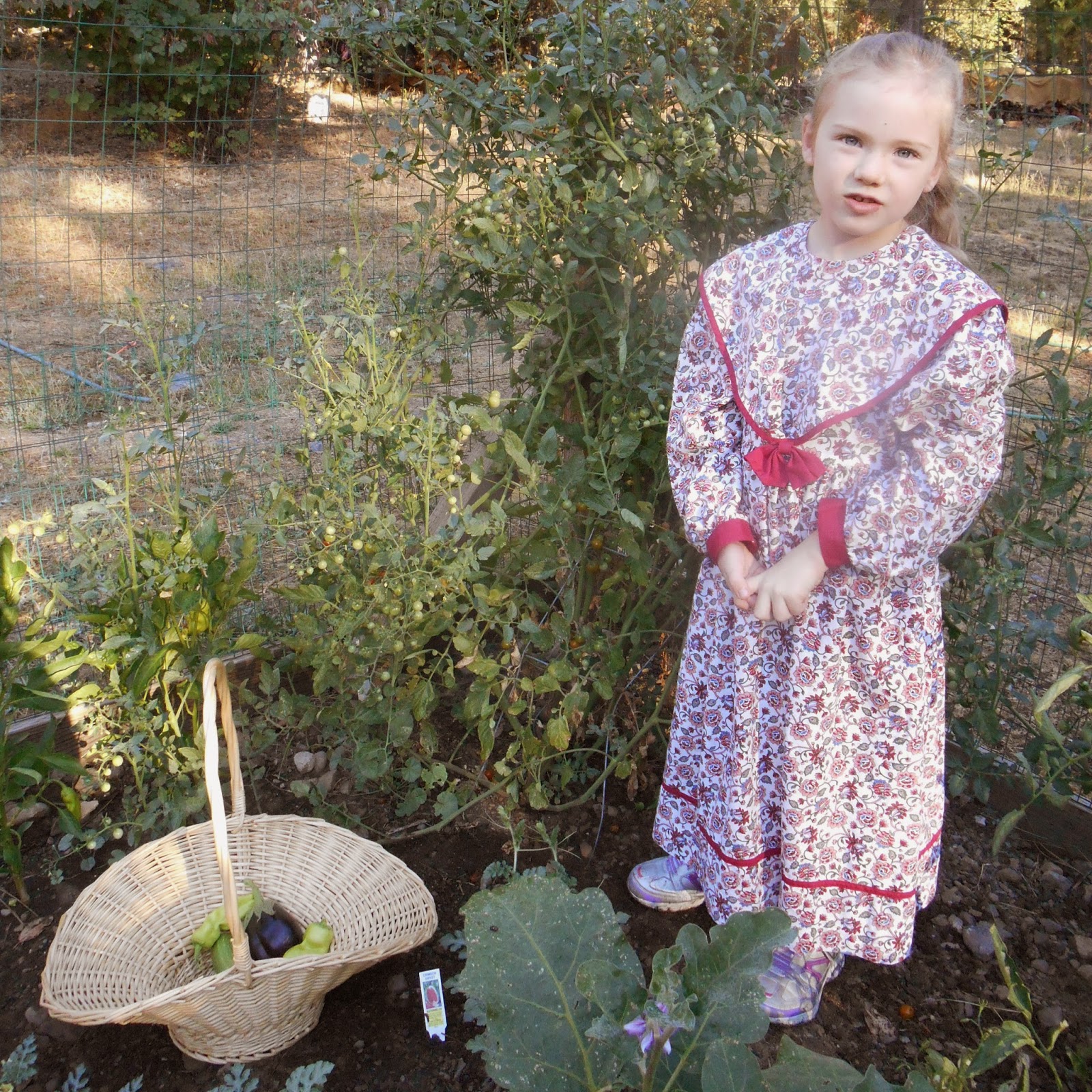 I snapped this picture of Patch when he was walking towards me eating a popsicle while having a "pool party" on the porch.  It's one of my favorites from the entire trip: 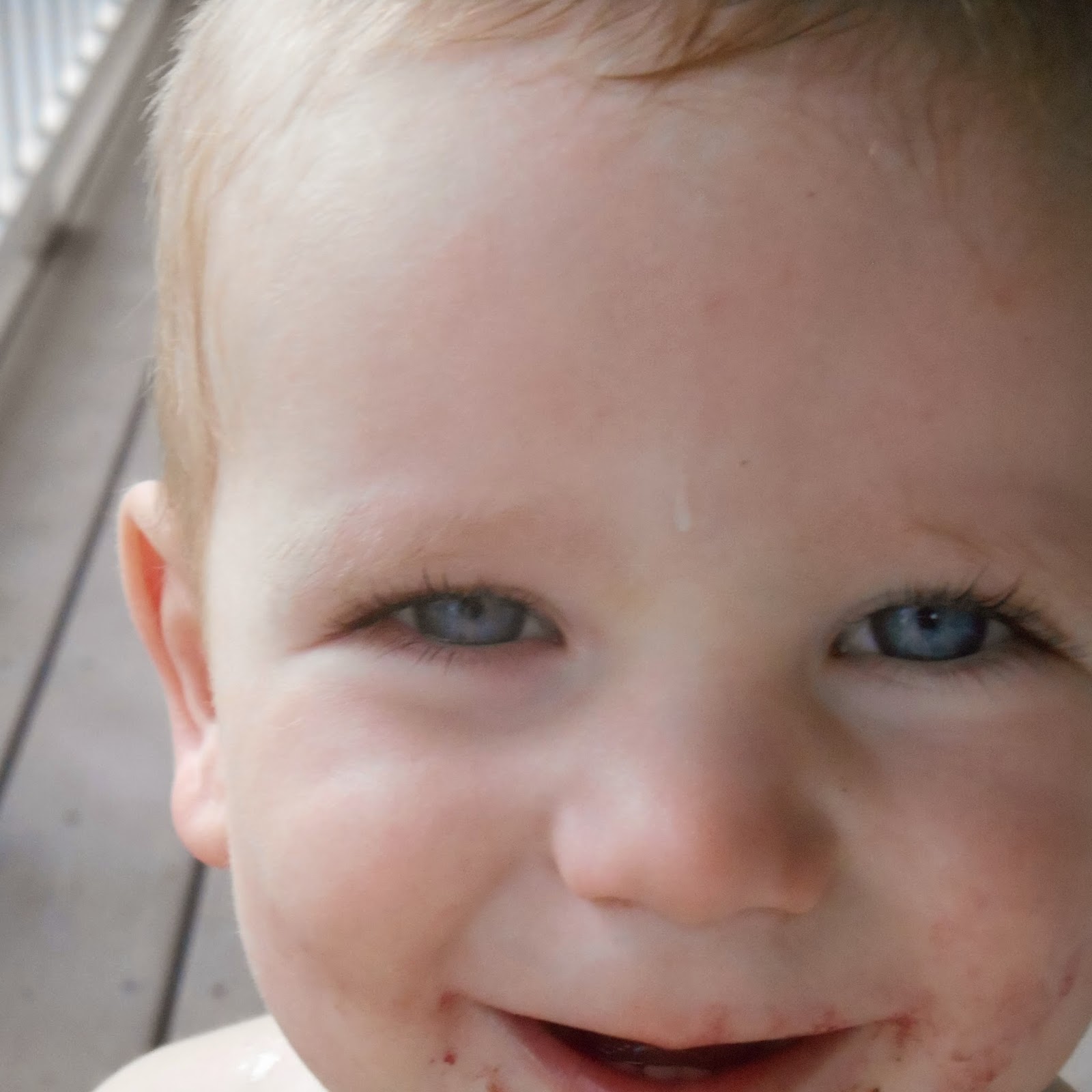 And while this one is a little blurry and you can see a little more of the red popsicle that he was eating on his face, I just loved his smile enough to keep it in the lineup: 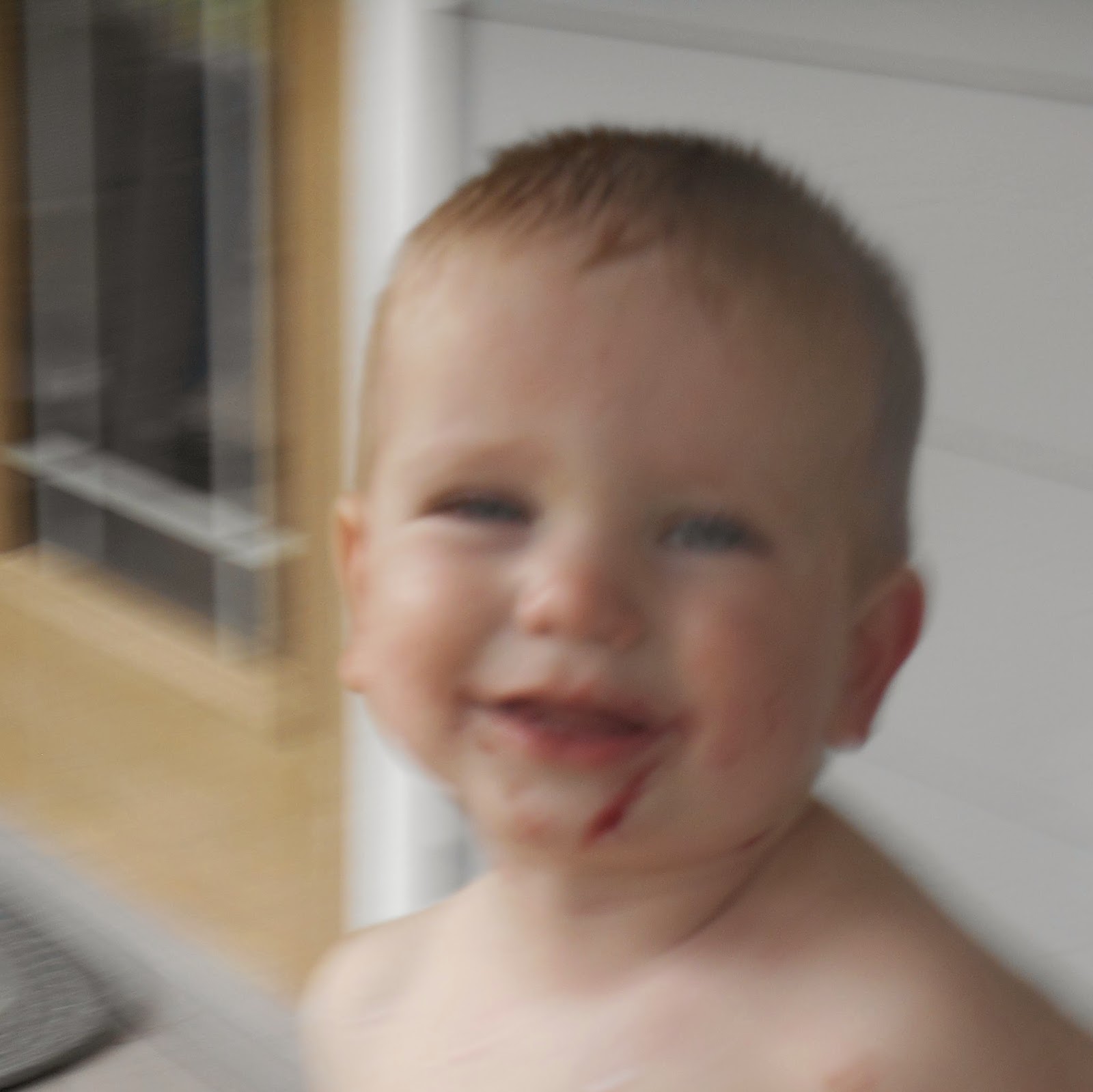 After a week of convincing that it really isn't all that bad outside, even if she has to leave the air conditioning inside, Mae joined in the fun on the porch in typical Mae Bae fashion: 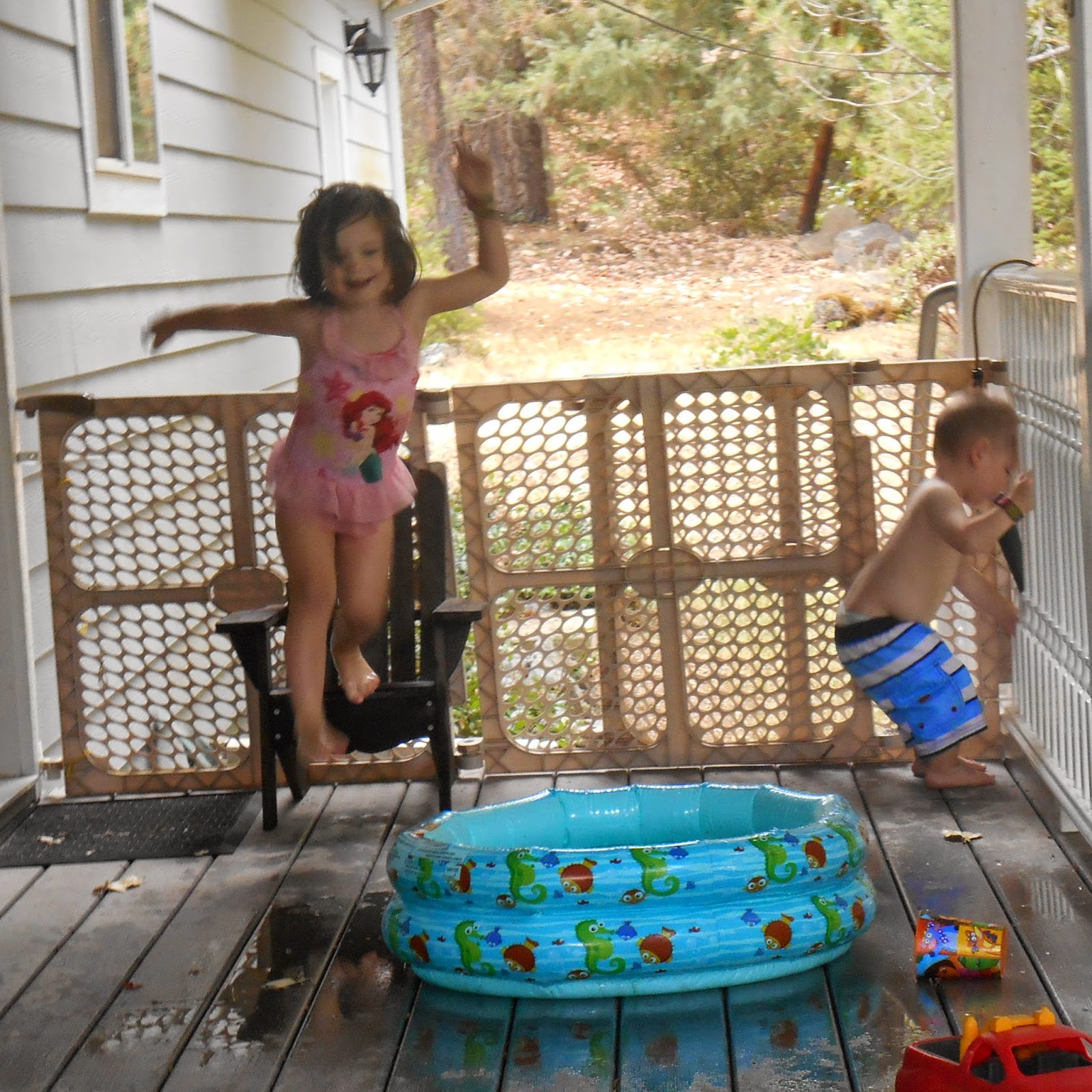 And Patch played hide and go seek with Grumpa just before the water fight started:﻿ 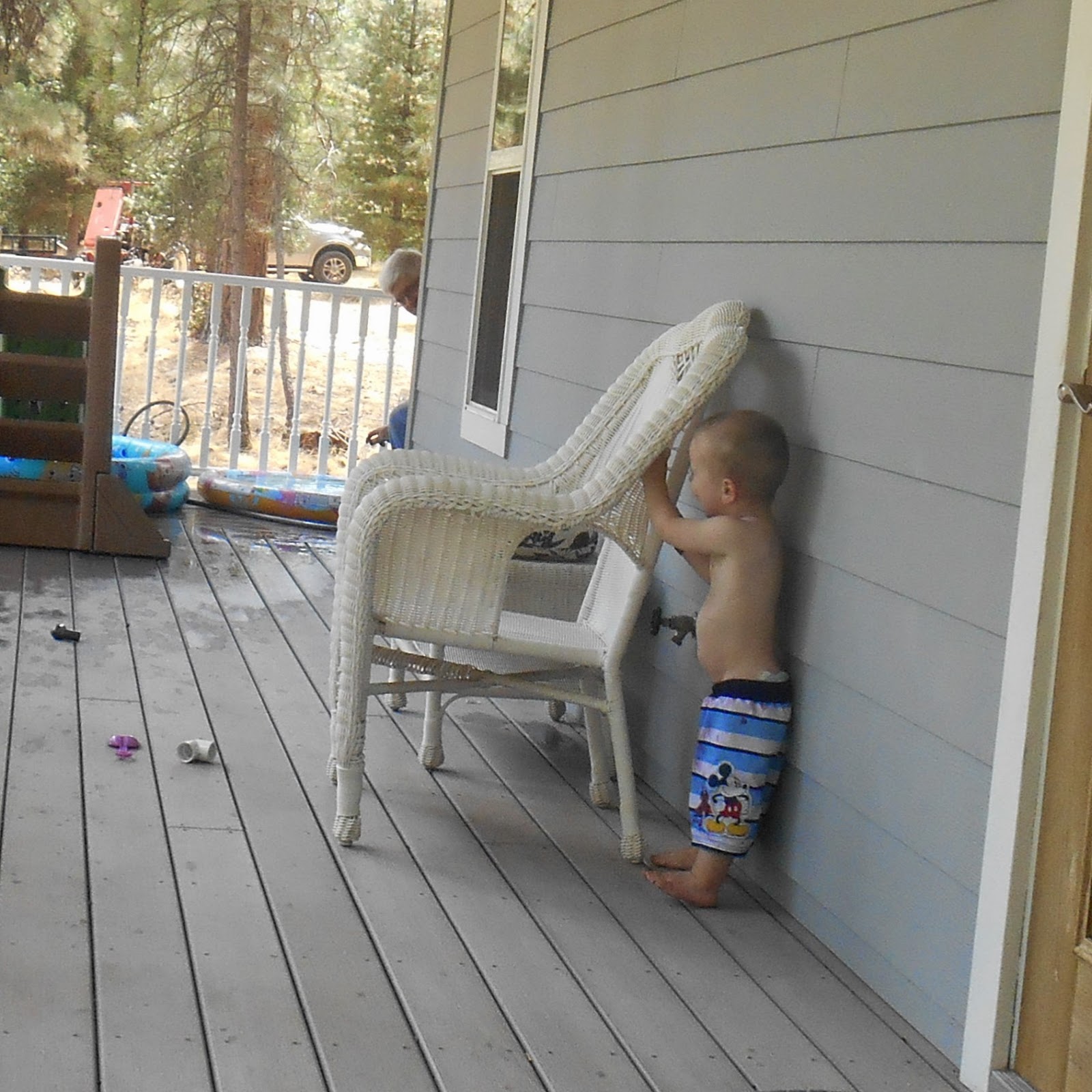 In case you didn't know, Mama can be so, so mean sometimes.

Patch isn't the kind of kid that needs even the tiniest of raised voices.

Yesterday he was eating a popsicle (again).  I watched as he walked over and started to paint with it on Nani's nice clean window and said in a sweet, soft voice (because I know my audience):  "Oh no Patch.  We don't do that.  We don't paint on windows with popsicles.  That's yucky."

He froze and turned to look at me.  Then he laughed, oh, for about two seconds.  Then he collapsed on the ground and sobbed... until I scooped him up rinsed the popsicle off him and held him on my lap for a solid half hour until he was ready to play again (and he did steer clear of the windows!): 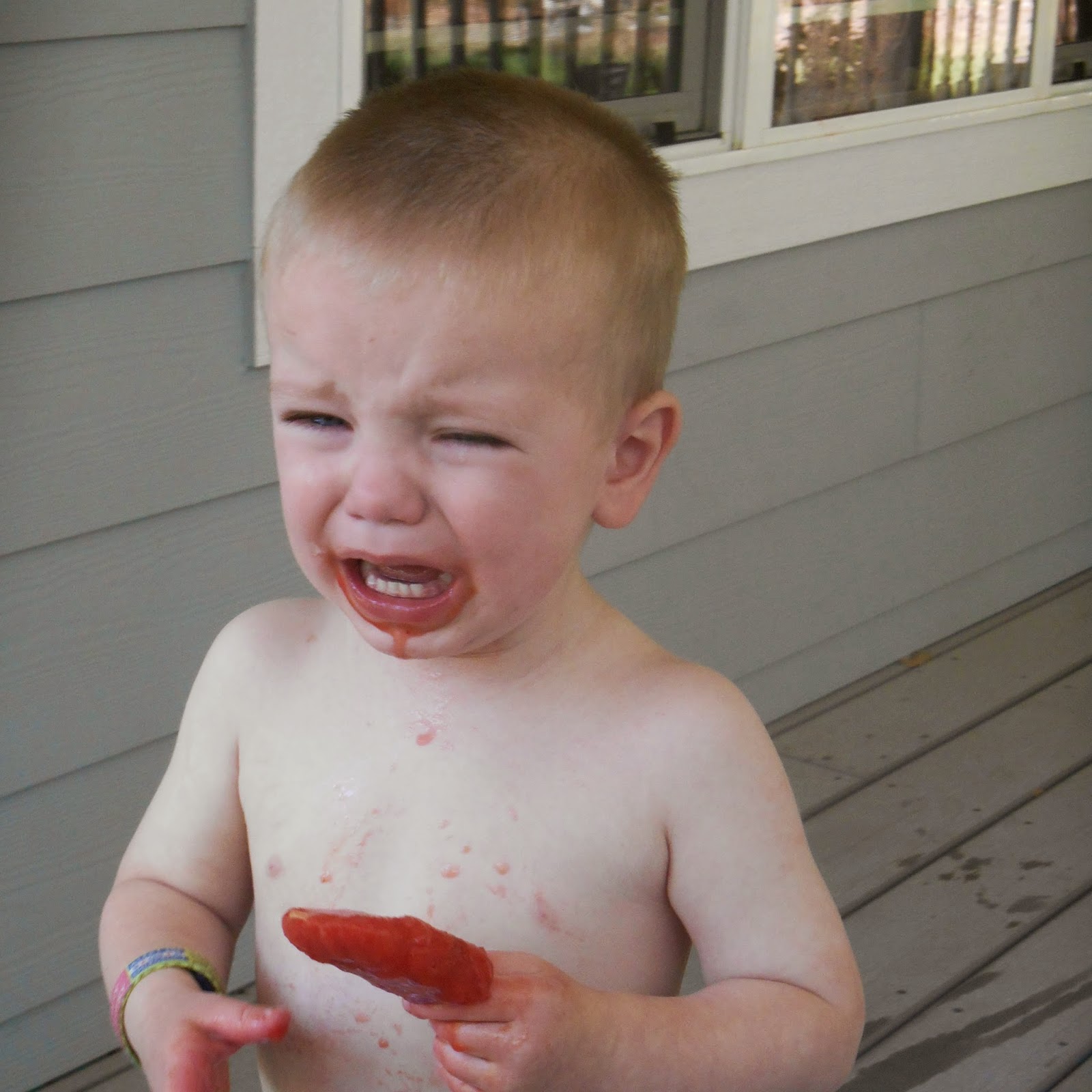 He did however, swipe a table cloth that Nani wasn't using any more to use as a cape.  Because if there's one thing that our porch needs, it's more super heroes: 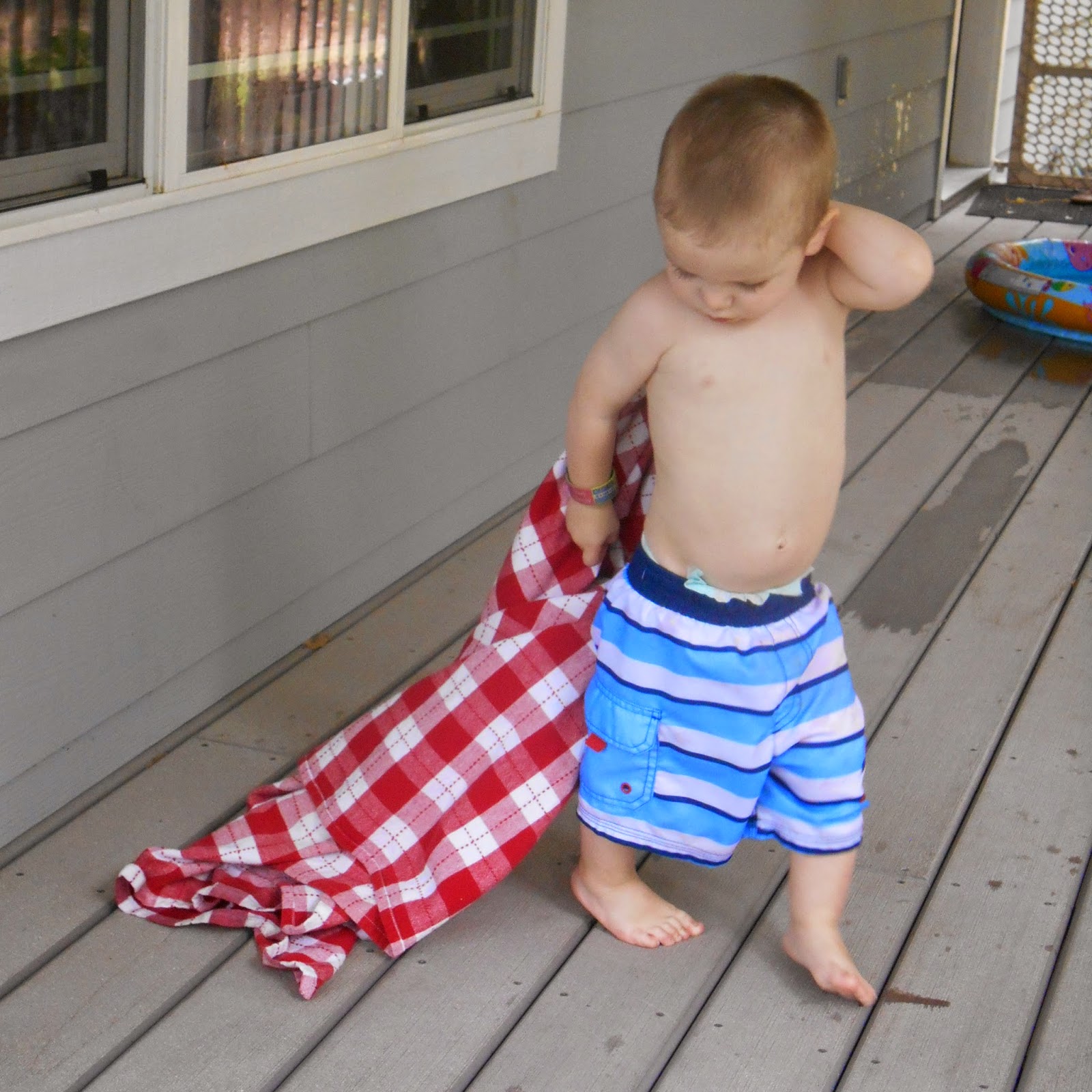 As always, partners in crime: 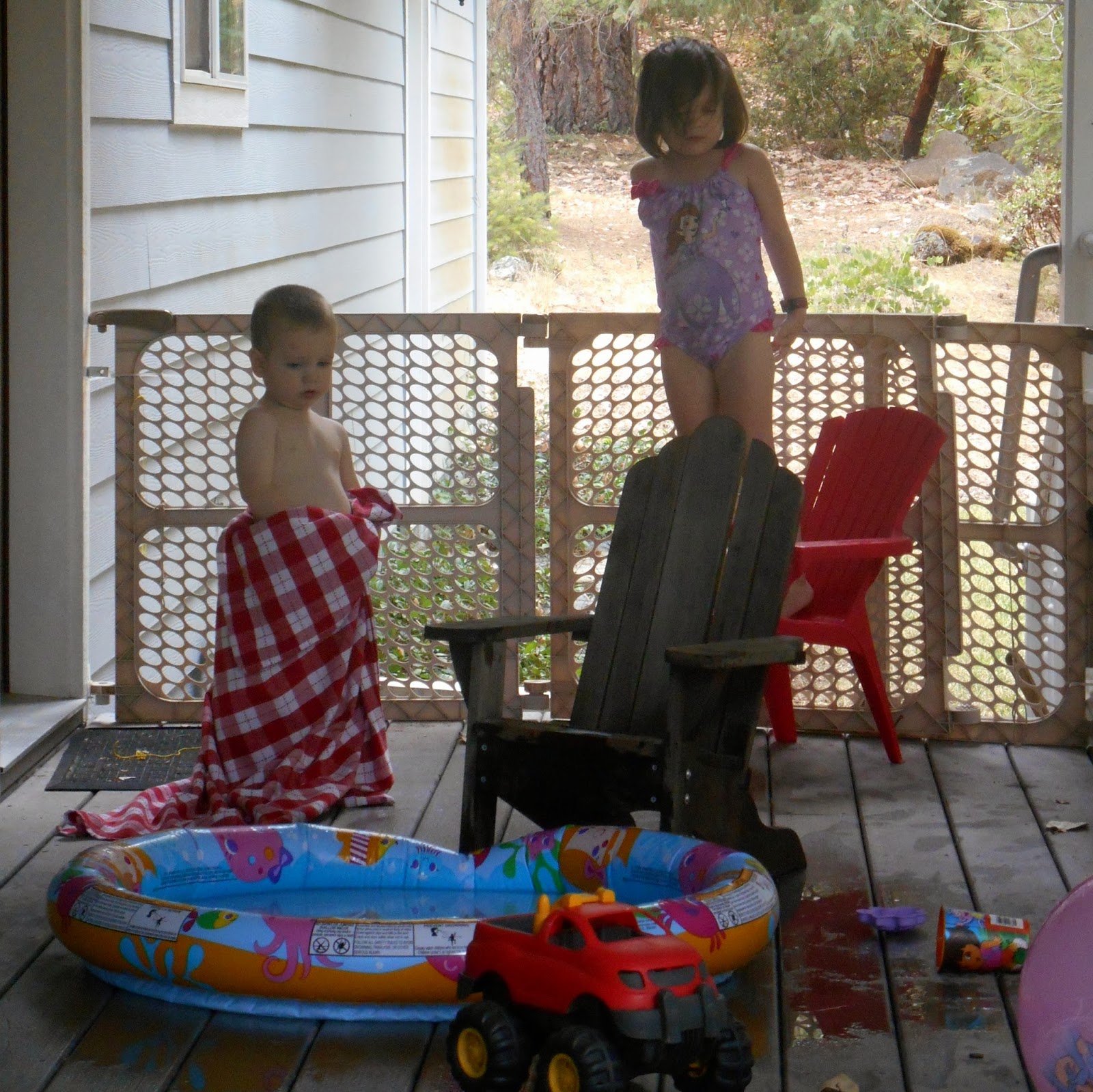 For more Theme Thursday head over to Clan Donaldson.
Posted by Cammie Diane at 10:32 AM