We'll have to wait and see but it kind of looks like the instances of grumpiness of this house have been vastly reduced by cutting dairy out of my diet.

It was pretty easy to guess the likely culprit this time, since two out of the other three kids can't have dairy.  I'd figured that if dairy didn't have an effect on James' reflux and discomfort I'd try wheat next (since two out of three also can't have wheat) but it looks like dairy is the culprit.  James has been sleeping much, much more soundly and has been spitting up maybe once or twice a day instead of twenty times a day... after cutting dairy out of my diet for a grand total of two days. 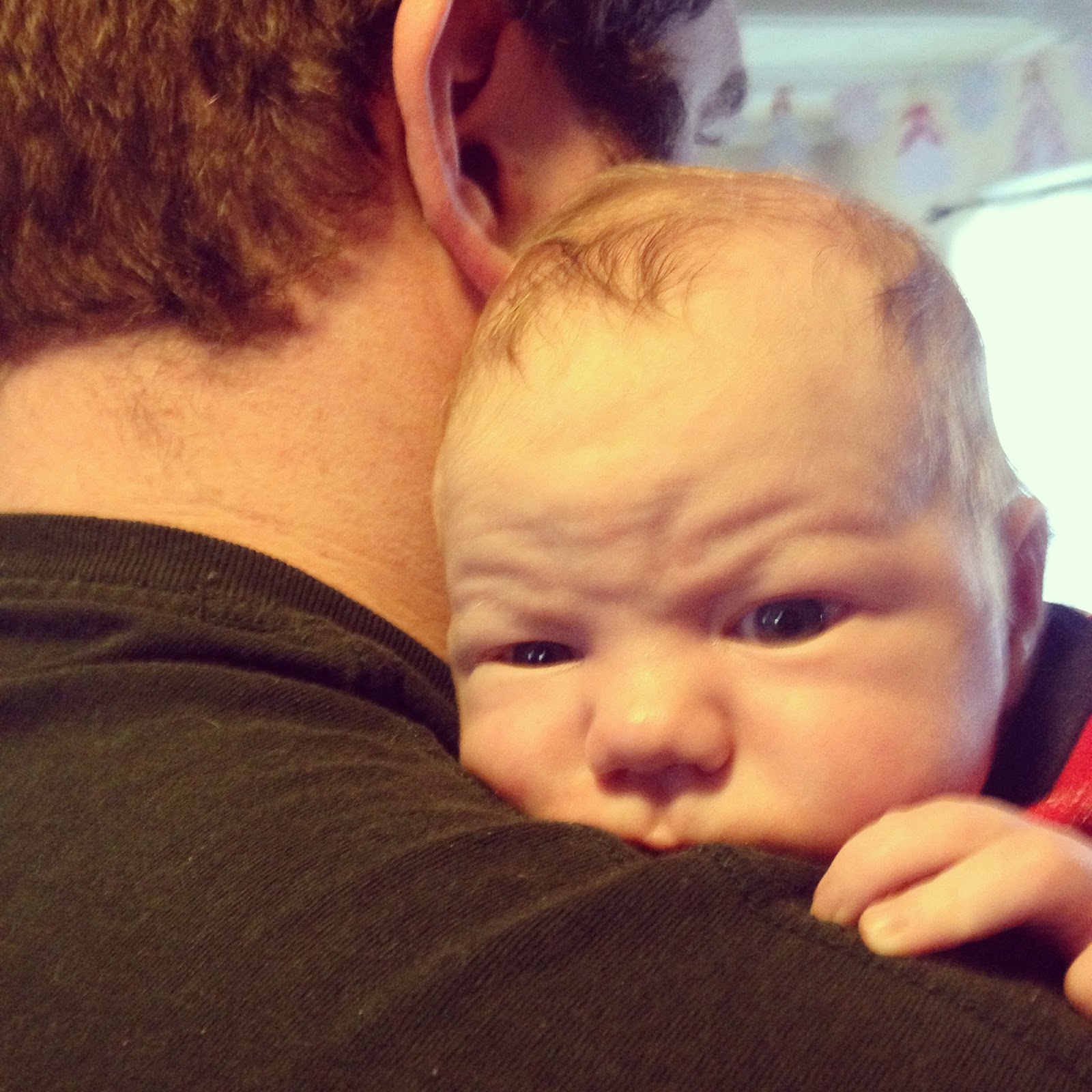 When I took Patch to the allergist this last week I mentioned that the kids primary pediatrician doesn't believe that babies can have allergies and asked how young he had seen allergies in babies.  He said that his father, who works in the same practice, had seen a baby at one day old with food allergies and that food allergies were really possible at any age.  With our family history we think it's pretty likely.

Thankfully, despite all the spitting up, James is still growing and was in the 97th percentile for height at 22 1/2 inches at his one month appointment and the 75th percentile for weight at 10 lbs 10 ounces.  And hopefully he'll be a lot more comfortable now that we've (hopefully) figured out why his little tummy was hurting so much!
Posted by Cammie Diane at 8:18 AM