The First Time Patch said "I Love You!"

Yesterday we ended up going to the latest Mass of the day, which on any day for our family is recipe for disaster.  To be honest, any Mass after 9 am tends to fall into that category, so the latest Mass on the day that we fall back an hour was a super ultra recipe for disaster.  But with Paul working very late and getting very little sleep all week end, braving the late Mass seemed a better solution than asking him not to sleep at all.

Sadie and I spent the first half of Mass inside with James, but then I heard an unmistakable shriek coming from the narthex and decided to see if Paul needed a little back up.  He didn't.  By the time I got there everything was fine.  But by then they had seen me and well... there was no going back (if Mae sees me leave a room, ever, she becomes totally and completely hysterical... and it doesn't stop for... I don't know... a very, very long time, or until I come back... or she's in her own room.).

The trouble maker, however, was Patch.  He was in fine form.  He wanted to sprint and dance and walk around and say "hi" to all the pretty young women who were there.  Most of all he wanted to go around the corner and hide from us and laugh loudly at his own naughtiness. 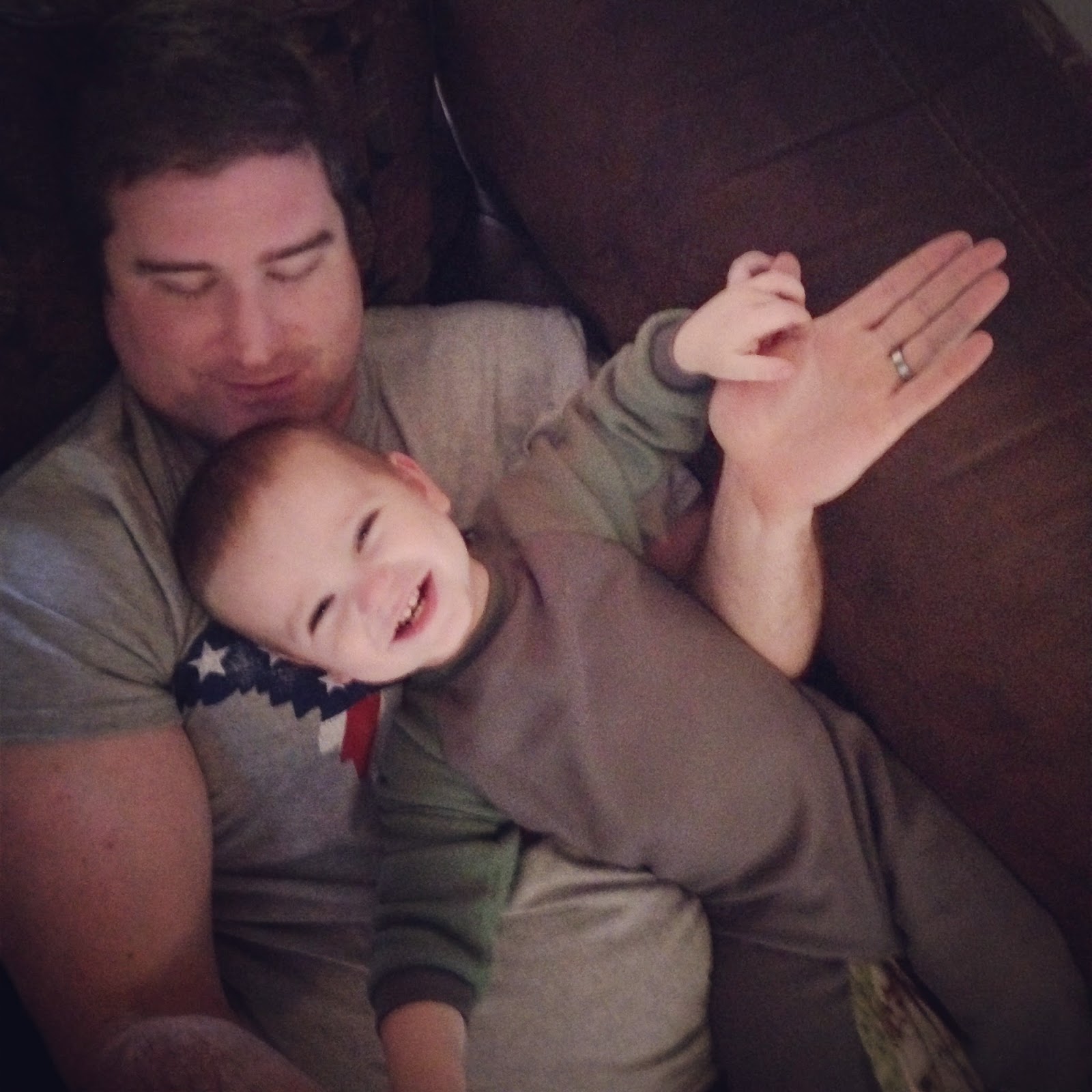 There was one exceptionally cute moment, before the typical not-quite-two-year-old behavior got out of hand, that pretty much melted my heart.  At the consecration, just as the bells rang, Patch turned rushed over to me and said "I love you Buddy" as he threw his arms around his baby wrap covered brother and hugged him as tightly as he could, while I made sure that the little guy could still breath.

Then our time was up.  Paul had Sadie and James and I stay, while he took the melting down little ones out to the car.

They have a time limit at Mass it seems.  It had been over an hour since it started and they were done (there's a high chance of that happening even in the morning... they're not good for more than sixty minutes of silence and it isn't unusual for our Mass to be 70-80 plus minutes...).

But all night and even this morning my heart has been warmed thinking of him saying "I love you" to his little brother.  It's the first time I've ever heard him say the words to anyone.  Sometimes when I say I love you to him he'll say "Too!  Too!" but to hear him say the words to James makes this mom's heart full to bursting!  Even after a particularly trying night wrangling them during Mass.