Halfway Through the Year: A Homeschooling Update 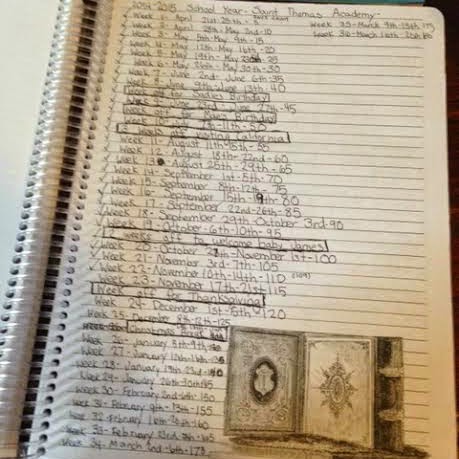 We started up our homeschool year back at the start of April.  I'd been planning on having some sort of a small "summer" break before we started back up again, but a certain almost-six year old was eager to start first grade and be a first grader and I figured that if she's ready to learn than I'm ready to help her.

Besides, getting through as many months as we could before the new baby arrived seemed like a great idea, just in case I got hit with bed rest at some point in the pregnancy, or had a super high needs baby that required us to take a little extra time off later on.  Once I realized that we were actually going to start in April, I mapped out a plan and then we hit the ground running.

When I first began to research homeschooling, back when Sadie was all of a year old, I read every book I could get my hands on and fell in love with the classical methods that I learned about.  As a result I already knew that we at least wanted to try using the game plan and various suggested curriculum laid out in the The Well-Trained Mind

and I wrote about a day in the life of our homeschool when we were nearly two months in back at the end of May.

I've been meaning to write an update for at least a month about how things were going when we hit the halfway point in our year, but a certain someone has been distracting me from getting very much done around here: 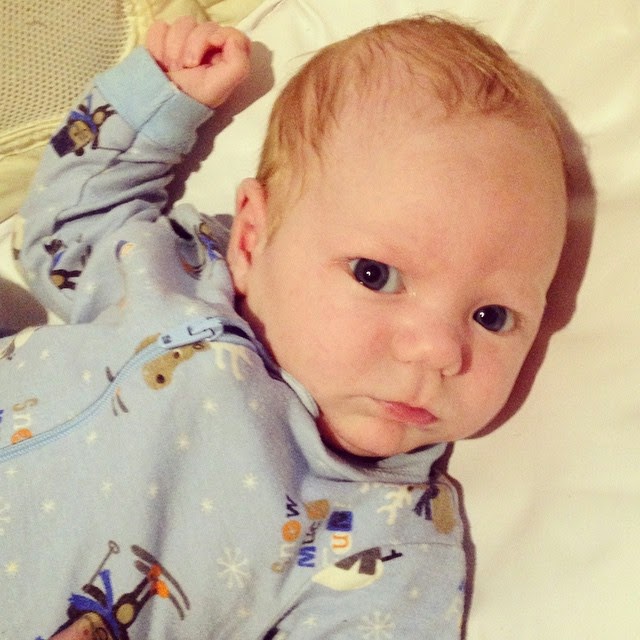 Or at least he's distracted me from sleeping enough to have enough brain power to write a post (which, let's face it, is basically the same thing).  Today I'm hoping to have enough energy to write that post and lay out our plan, a little over a hundred days into our school year.

School has been going wonderfully.  I put James in the Moby and he sleeps through our morning school time and Patch has even started joining us at the table, pointing at colors and shouting "red!"  "blue!"  "yellow!" while Sadie works on spelling (this is his favorite book

to point out colors in), until Patch is ready for a nap.

.  After Sadie finished the first book of Spelling Workout (A) I decided to take a break from the program and try Explode the Code to reinforce what she was learning in her reading lessons.  She'd done really well with Spelling Workout

, and her test scores when she went in for the learning eval showed she was ahead in spelling, but she was still struggling with reading at that point (since we hadn't figured out the whole midline thing yet) and so I thought I'd give Explode the Code a try, since I'd heard great things about it. 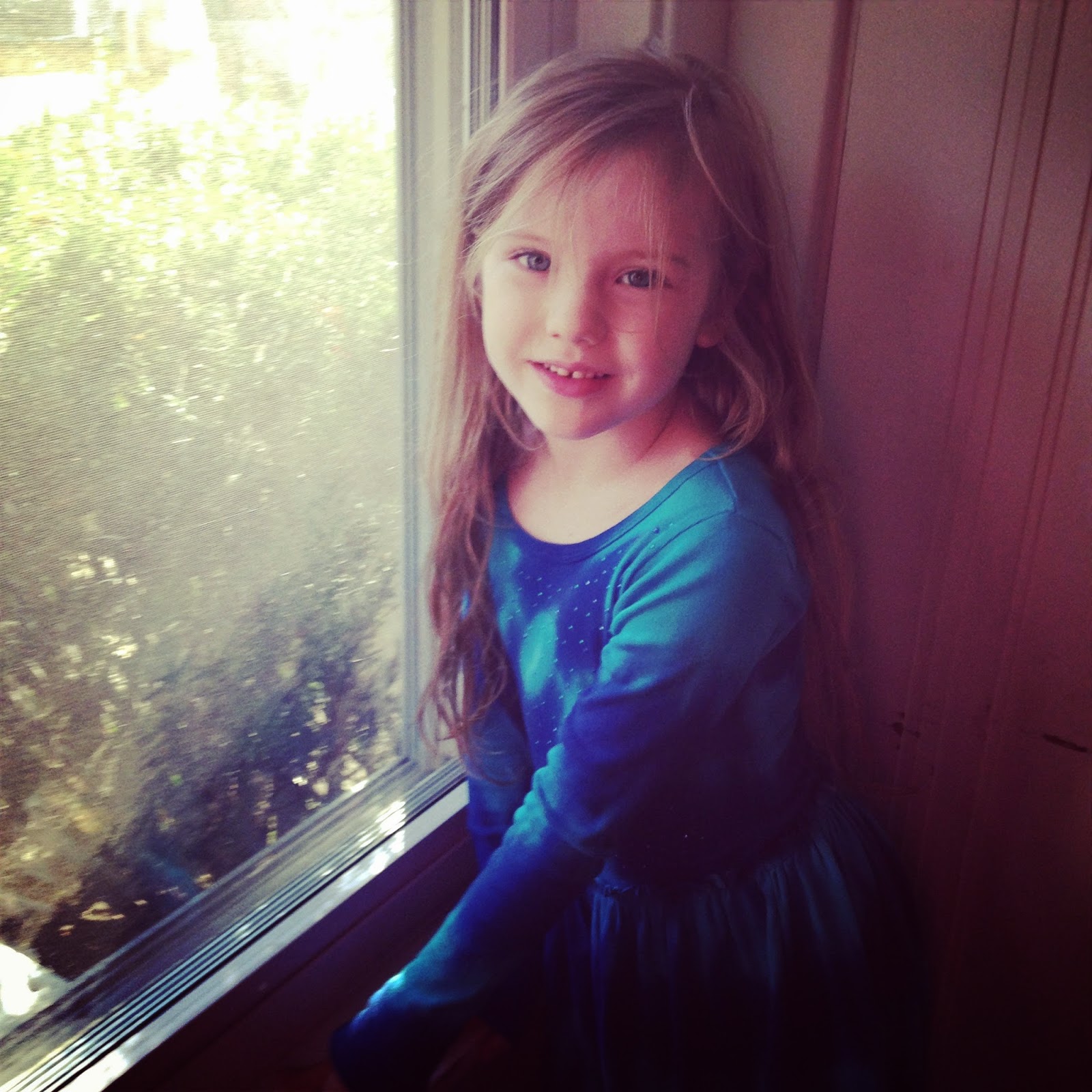 Explode the Code has been a huge success.  She zipped through the first book in two months (that was probably also aided by the fact that we figured out the whole "crossing the midline"thing at around the same time) and as she neared the end of the workbook she began begging me to buy the second book so that she could start on it as soon as she finished the first one.

at the same time.  She works on two pages of Explode the Code and after finishing Explode the Code, which goes along so gradually that she basically does it on her own, we work on a Spelling Workout 2 lesson, either reviewing the previous lessons and words, or working on a new lesson.

later in the week. 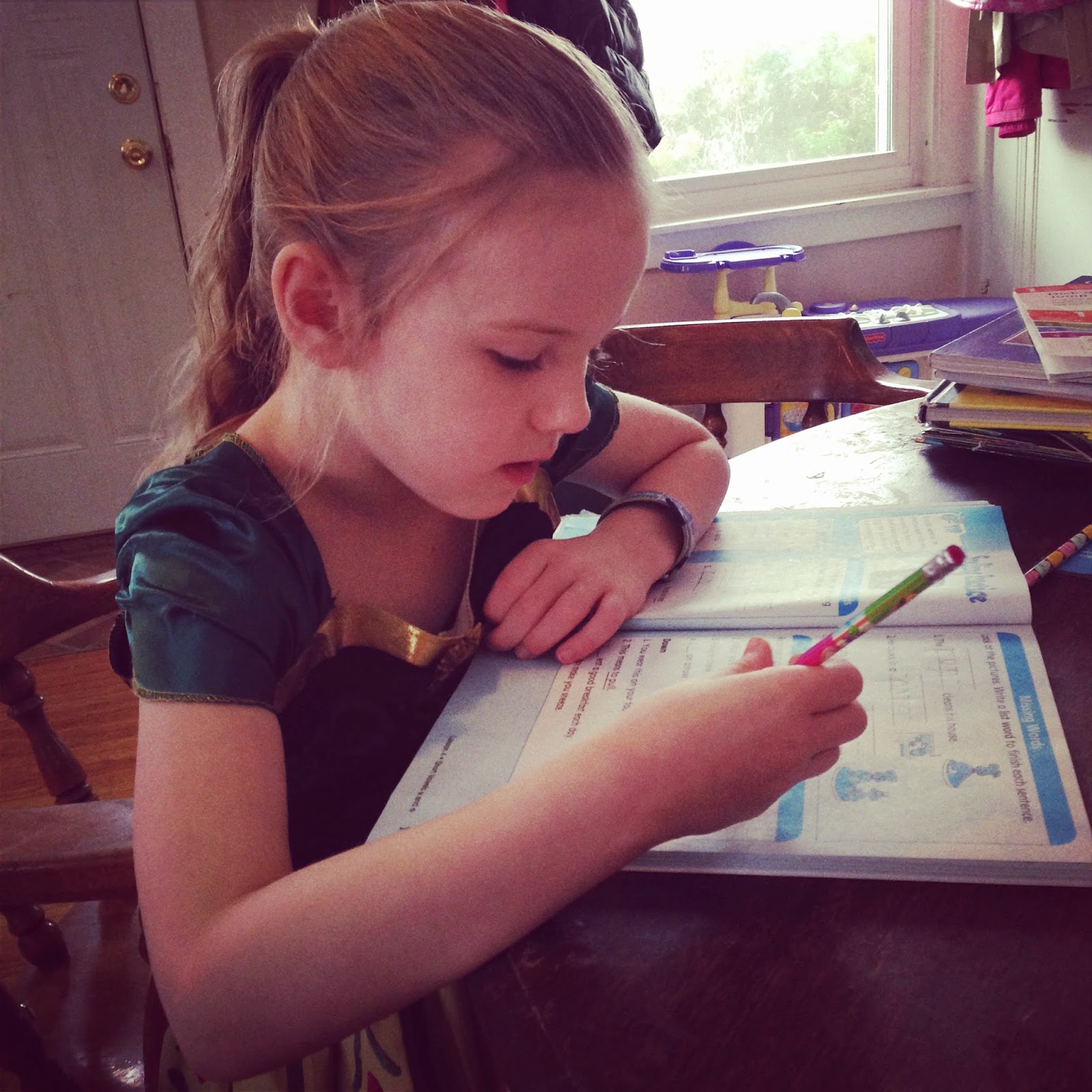 After we finish our daily lesson from First Language Lessons we move on to copy work and memory work.  Basically every day Sadie copies a poem, or part of a poem or a quote, and then works on reciting something that she's memorizing (usually a poem, but sometimes a new prayer).

Reading is next on our schedule.  We start with The Ordinary Parent's Guide to Teaching Reading

.  We've taken this book really slowly.  If the lessons start to get frustrating, we just go back a week or two and I'll have her re-read the stories that seemed hard a short while before.  It's a huge confidence boost as she realizes that letter combinations and words she was struggling with have become easy and by the time we get back to the lessons that were difficult they've become easy too.

or The Christmas Party

(her favorite story of the moment).

Next it's time for math.  We're about a quarter of the way through the second Singapore Math Book for first graders.  I'm really amazed at how much she's learned and how well the program has matched the pace at which she learns.  It's the one part of curriculum that looks like it will perfectly match our school year and the way the program builds on past lessons has been excellent for the way Sadie learns. 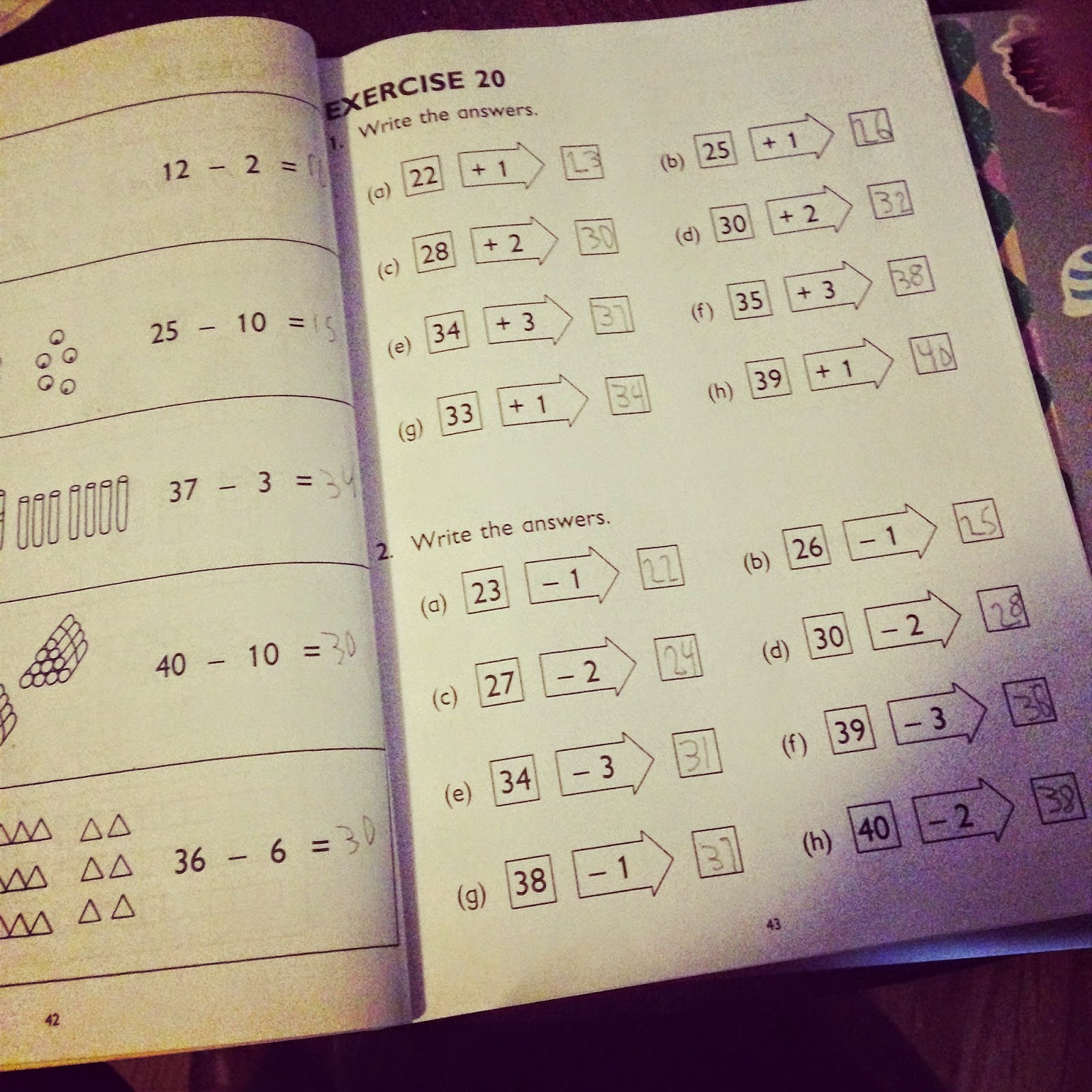 After math we move on to our religion class.  We recently completed the Faith and Life books (there's a textbook and a workbook).  Next year I think we'll continue with the Faith and Life series, but for the rest of the year I'm planning on using the Dominican Sister's Virtues in Practice (which can be downloaded for free if you follow the link).  Some days we go back and read one of the books from the Catholic Children's Treasure Box  or we'll read a few stories from the Picture Book of Saints 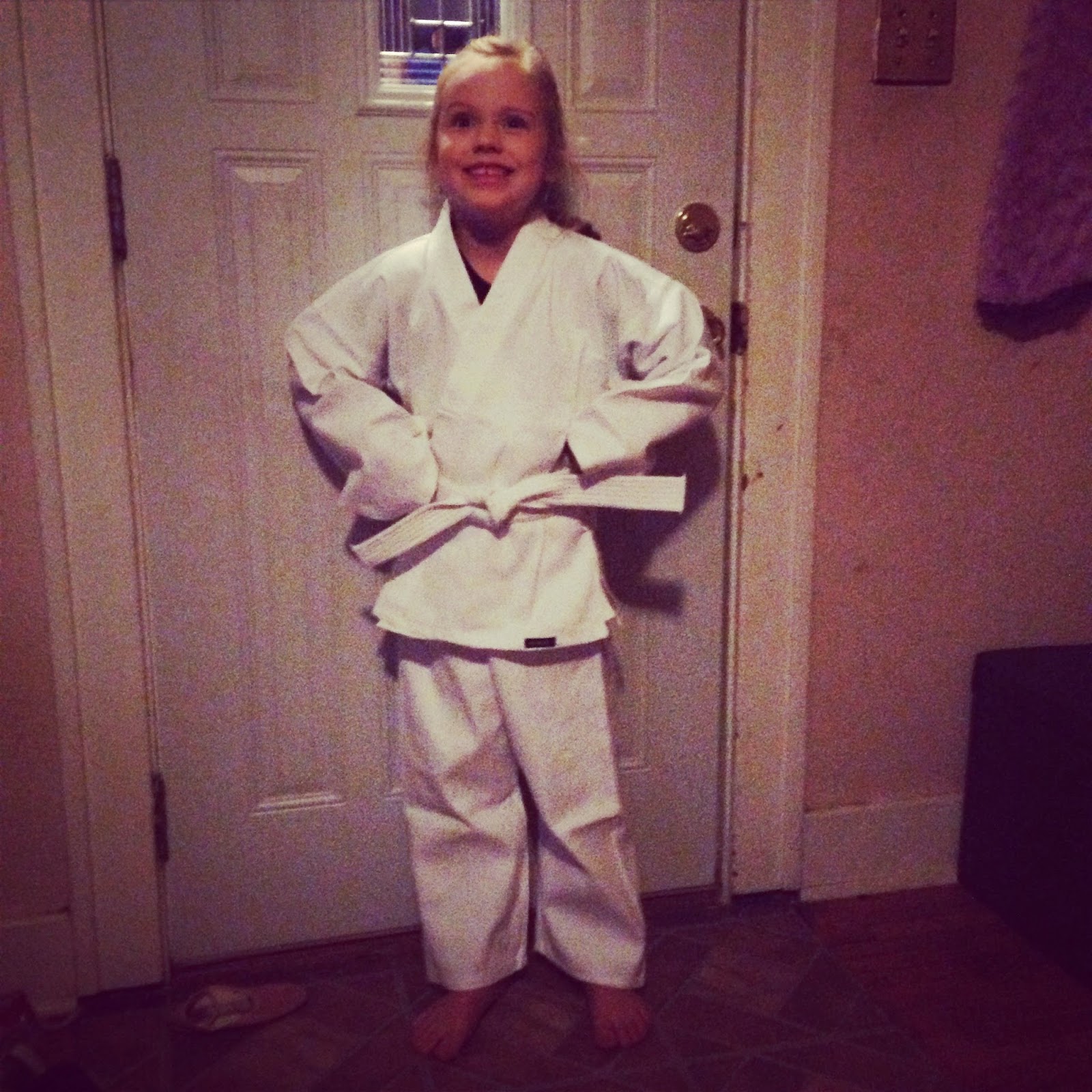 What comes next varies from day to day.  Some days we do history using The Story of the World

In the afternoons, when all the therapies are finished and it's just me and the kids we cuddle on the couch and read together. Right now we're reading Little House in the Big Woods

(for the second time).

This year I've also managed to balance the schedule to fit in extra activities (it took a little bit of time getting the hang of managing it all, but I think I'm starting to manage getting out more effectively... most of the time at least!  Being given the all clear to lift more than 12 lbs will be a huge relief and that's still a few weeks away.).  Sadie has ballet one night a week and karate one night a week and she has American Heritage Girls every other week (and we found a brand new group starting at a nearby Catholic Church and joined!  It's been a much better fit!).  Throw in OT and Speech one to two times a week, which will be starting in the near future and occasional field trips (which are more frequent when the temperature isn't spending most of its time below freezing) and we're definitely keeping busy!

That's my summary of the first half (plus a month or two) or first grade.  This year has just flown by!
Posted by Cammie Diane at 10:19 PM