Dying my hair "mermaid" colors is not the first, nor will it be the last, unusual thing that I do, in my quest to make Maggie smile.  It worked.

I started with blue and when she saw it she said "Gil hair?" and was moderately impressed by the lengths I had gone to to obtain "mermaid hair."

I tried pink next and then purple and finally green. 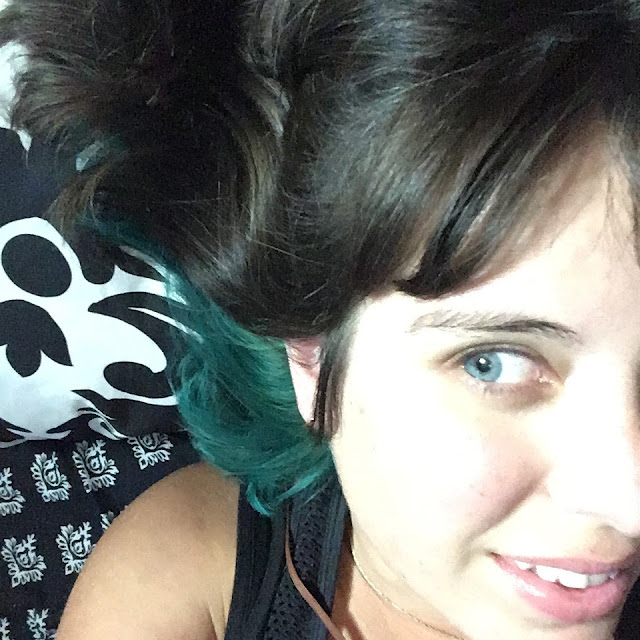 Maggie loves to play Toca Boca on iPad and her favorite thing to do in Toca Boca is dying everyones hair pink.  She plays the hairstyling games, but she also dyes all the characters hair in the other games as well. 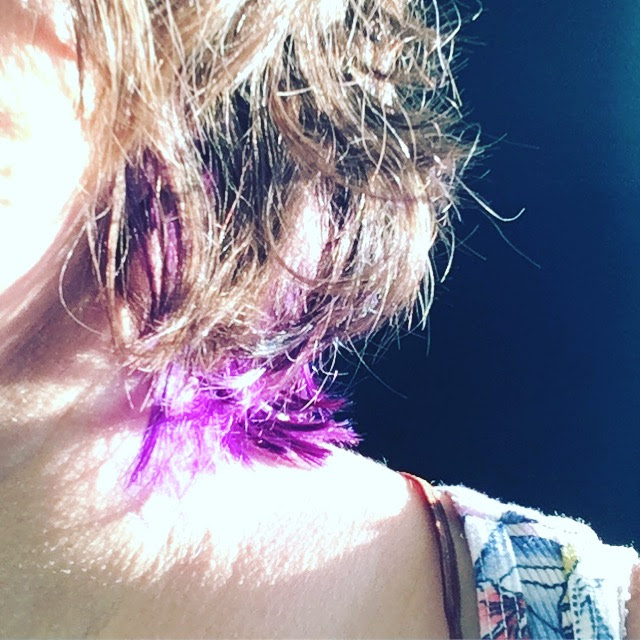 But after a few (of twelve) months the novelty faded. 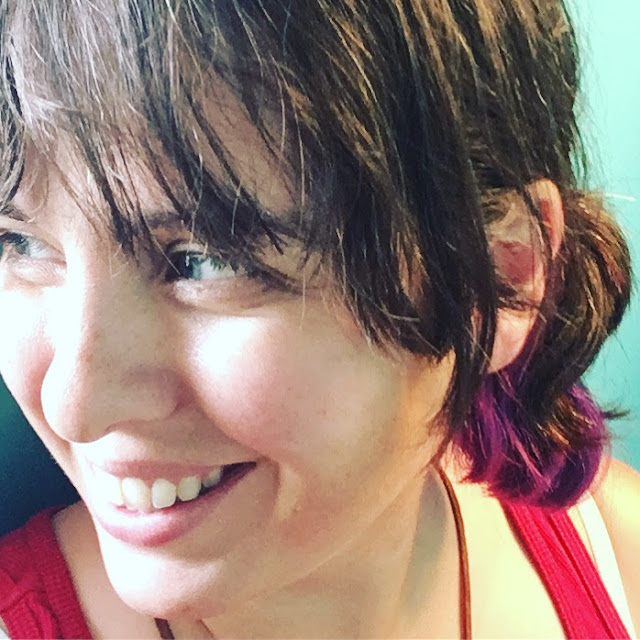 Although it was fun while it lasted.

Sadie, forever sensible, was too polite to voice her thoughts, but did say:  "When I am thirty five I will not dye my hair an 'unnatural color.'"

Finally I decided it was time.  I drove to Meijer after an IEP meeting and trudged through the slush to find a $2.50 box of brown/black hair dye that couldn't have been any more boring if it tried.  I suspect that the marketing team was not trying particularly hard.

But the price was right and the little chart on the back of the box suggested that the bleached barely-green hair might resemble the rest of my hair, if it worked the way that it was supposed to.

On Saturday I put on gloves and mixed Part A of the hair dye with Part B.  I will admit to a certain level of skepticism as I put the top half of my hair in a pony tail, the skin along the edges of my scalp coated with Vaseline, and began to apply the mixture.

To begin with, the thick dye was yellow as it began to go on.  I'm so used to the bright hair dyes that come out of the bottle looking exactly like the color looks on your hair, that I was pretty certain that the almost off white dye was not going to turn my hair "brown/black."

But anything had to be better than "faded green" (I'm a fan of the bolder colors) so I kept coating it and sure enough, by the time I slipped the plastic cap over it, it had transformed into a dark shade.

And the estimate on the box didn't do the results justice.

I went downstairs once it had dried and showed Sadie.

"How does it look?"  I asked, pleased with the results.  I hadn't accidentally dyed my hands or forehead this time, so I was calling it a win.

"It looks okay.  From far away."  Sadie finally allowed.

"Just far away?"  I asked, stiffling a laugh.

"Up close the bottom half is way darker than your regular hair."

So there you have it. 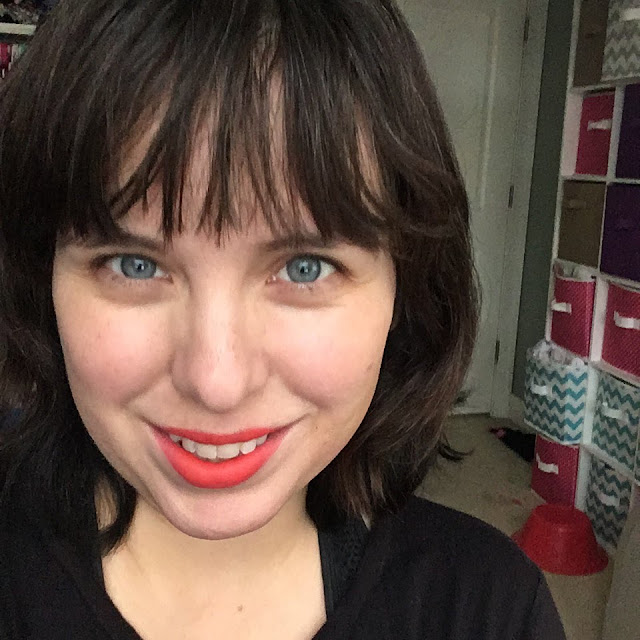 I really like the new color, but I have yet to impress the nine, five, or three year olds.

I'm going to say that Tessie is impressed because she's too little to tell me what she thinks.