This morning I'm so hopeful!  For the first time in the last couple of months there's actually a chance that we might be moving to a safer neighborhood in a safer town.  It's actually in the exact place that I'd hoped we'd be able to move and there's a move in special with no rent until November that would make it possible to complete our month to month lease here and move (and the rent for both of the available places is slightly less than our current rent).

Today we're going to look at the two options that we have, but seeing the listings I'd been checking for over and over again for months was like a dream come true.  There were houses in this area a few months ago, but asking Paul to move before the bar would have been way, way too stressful and so when those houses were rented I was afraid that another opportunity wouldn't appear for a long time and we'd be stuck for a while.

And honestly between the bullet on the sidewalk, the shootings that aren't far enough away from where we live now, and my house stinking like pot (which is a major trigger for Sadie's asthma... which only appears when she's around things like smoke) every night because it's 90 degrees inside if I close the windows, and the inevitable floods that will accompany winter and spring in our basement, I have been praying for this exact thing to happen and hoping that somehow we'd be able to take advantage of the opportunity if it did, but to be totally honest I was feeling a little hopeless.  Or maybe resigned is a better word.  I just didn't see how moving was going to be a possibility after weeks and weeks of watching craigslist and various apartments sites and searching the newspapers.  It seems that rents have drastically increased since we moved here two years ago and for the last few weeks I thought we'd likely be in place through winter.

So today I am super excited.  It seems like there's a good chance that this might actually work out and we will hopefully be in a safer place before the new baby arrives.  The houses are both slightly smaller, but my house has been in need of pruning for a while and this will be the perfect time to make it happen!

Prayers that today's showing will lead to a quick acceptance of our application are greatly appreciated!

And in totally unrelated news, Paypal's buttons were being so strange and causing so many problems (even after I recreated them and double checked that they worked) that I've reopened my rosary/chaplet Etsy shop.  And last night and this morning I posted a few of my favorite new rosaries.  I had some fun beads and I decided to do something totally different: 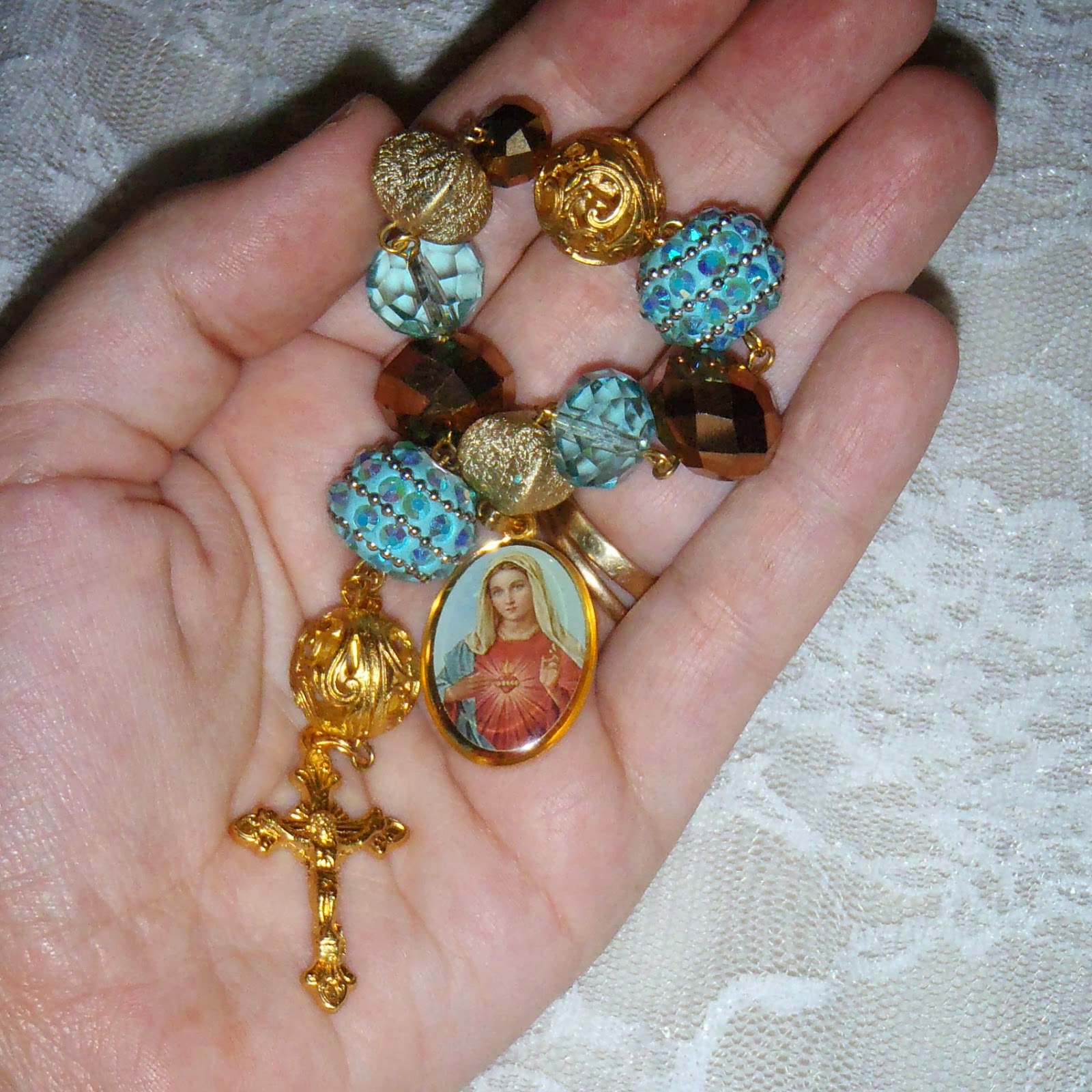 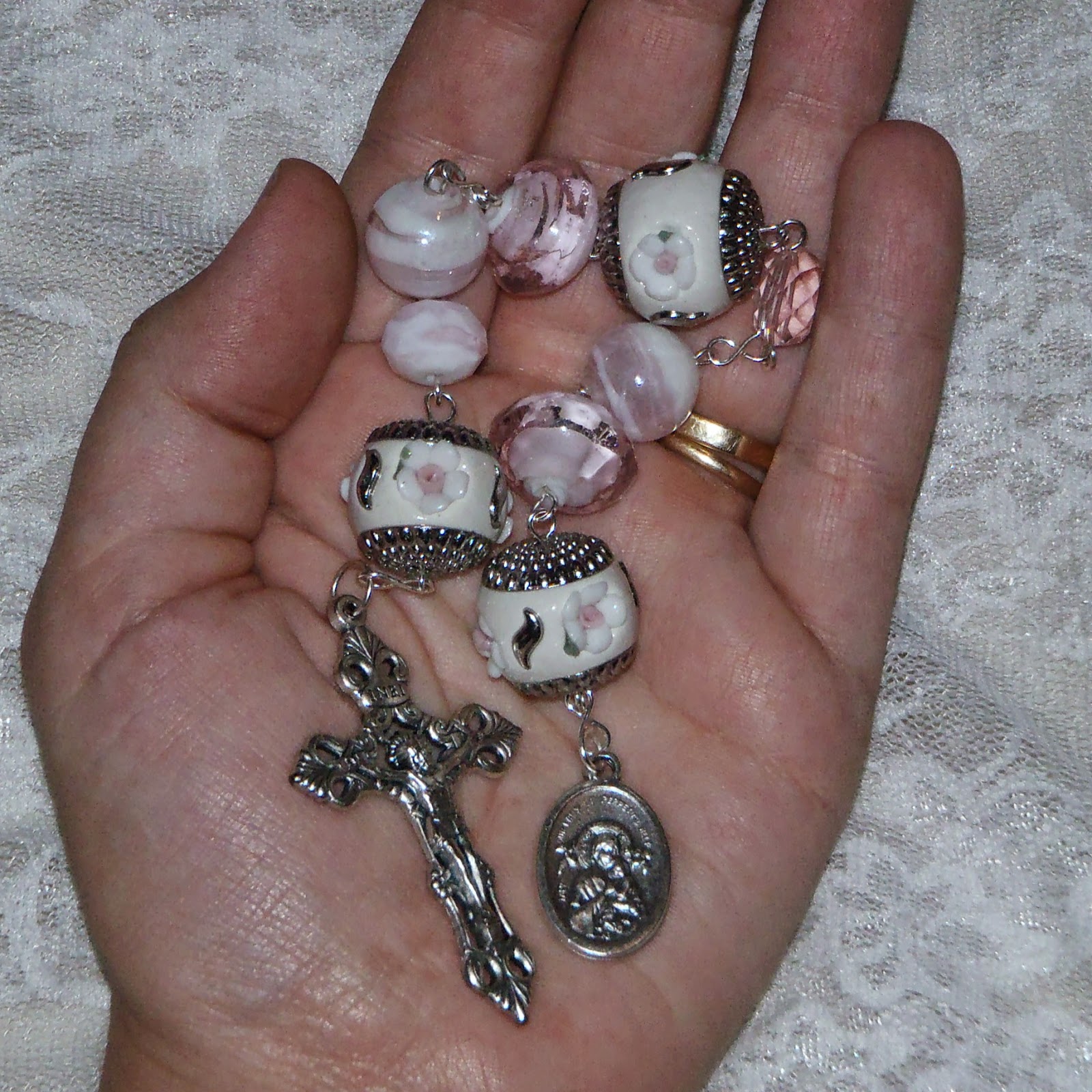 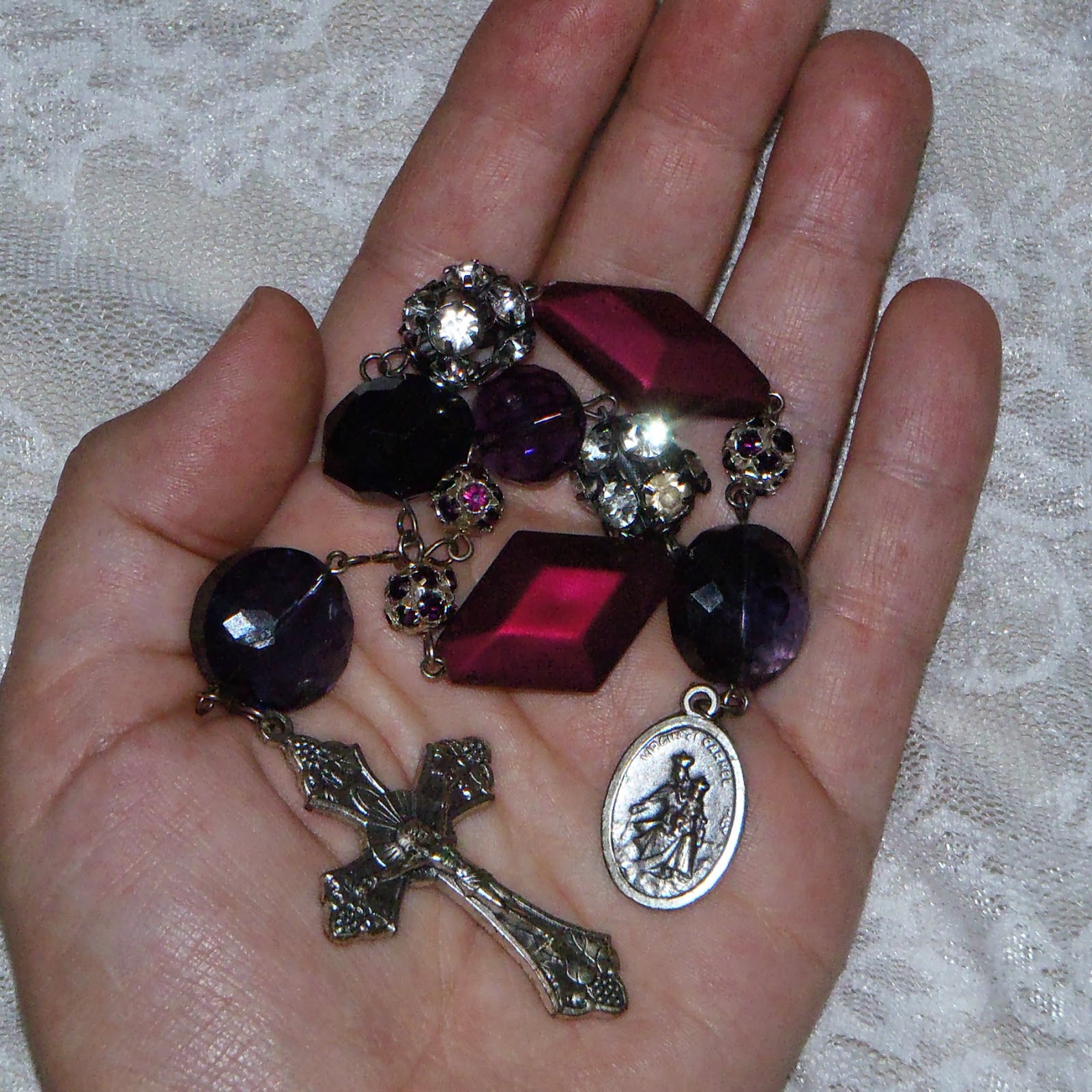 It's not quite what I've made in the past but they're so much fun that I think they're some of my favorites!  The middle is a Saint Gerard chaplet and the other two are single decade rosaries!
Posted by Cammie Diane at 11:02 AM