With the arrival of the new baby around the corner I've had all things baby on my mind lately.  And one topic that's been on my mind in particularly is the experience that we've had with each of our babies when it came time to start introducing solids.

Our strategy for solids has slowly changed over time.  More than anything I'm curious at this point to see what will work for us this time around because so far each baby-starting-solids experience has been vastly different from the one before it.

I'll start at the beginning with Sadie.

Sadie was a baby with tummy troubles from the start.  With 20/20 hind site I'm fairly certain that she had food allergies from the very beginning... but I'd never had a baby before and had no idea that what she was experiencing might not be normal.  I mentioned to the doctor that she spit up dozens of times a day, that she was miserable if we put her down, that her skin was dry and itchy even if we put lotion on her over and over again throughout the day and he sort of waved it all off as typical baby stuff, because she was huge and her weight steadily kept her in the 95th percentile throughout her first two years. 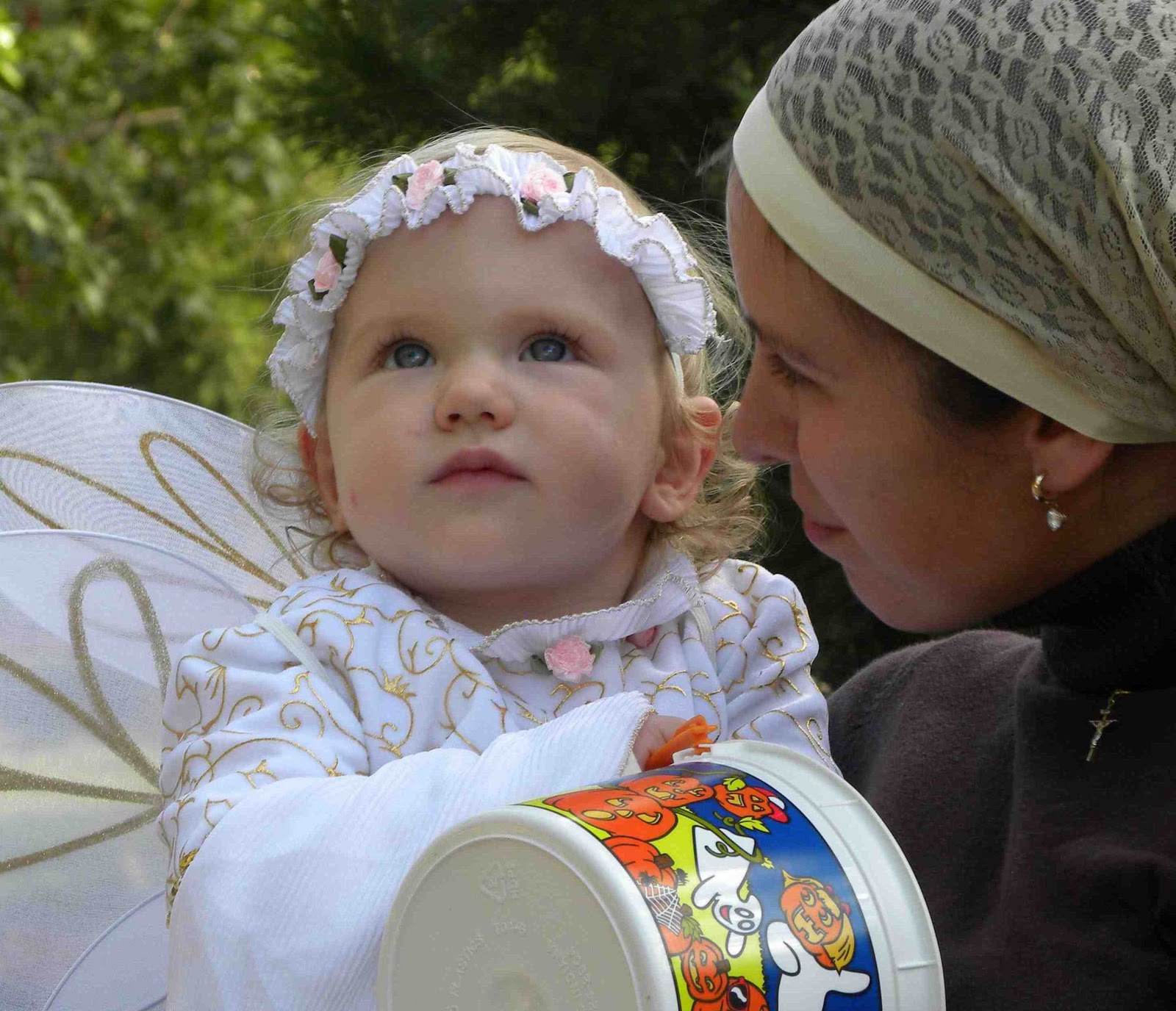 Still, she acted like she was starving constantly.  Anything she spit up on was ruined forever and ever (something that hasn't happened with our two non-refluxy babies...).  She nursed 10 times more than her brother and sister would when they came along, but she was never full (probably because of all the spitting up).  When she was about four months old she started to try to grab food off the table and shove it into her mouth.  I could only assume that at over 20lbs she was starving and thought that my milk just wasn't enough.

I talked to the doctor and he suggested we start rice cereal at four months.  We did and then added in veggies, carefully adding in one a week to identify any allergies once she hit the six month mark.

The food didn't really change anything though.  She was still fussy with super dry skin and woke hourly (that isn't an exaggeration) to nurse for the first eighteen months of her life. 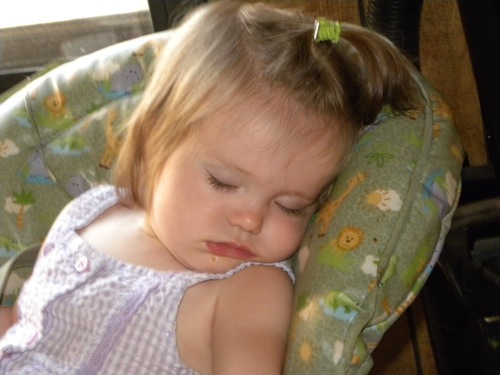 Then Maggie came along.  Sadie had just started mostly sleeping through the night.

Maggie was an entirely different baby.  In the hospital she slept four hour stretches from the day she was born.  I found myself fretting to the on call pediatrician that something was wrong because she slept so much and wasn't disturbed by anything.  I do wonder now if this had to do with her low sensory registration, but that's really a topic for another post.

Maggie followed in her sister's footsteps in being in the 95th percentile from the start.  She didn't have reflux or any signs of allergies.  She slept and nursed like a champ.

When she was six months old she showed that she was interested in food and we started with rice cereal, quickly adding in pureed veggies and then fruit like we'd done with Sadie.  Everything went smoothly.  She loved food and could spend two hours slowly eating bowl after bowl of whatever we were having for dinner. 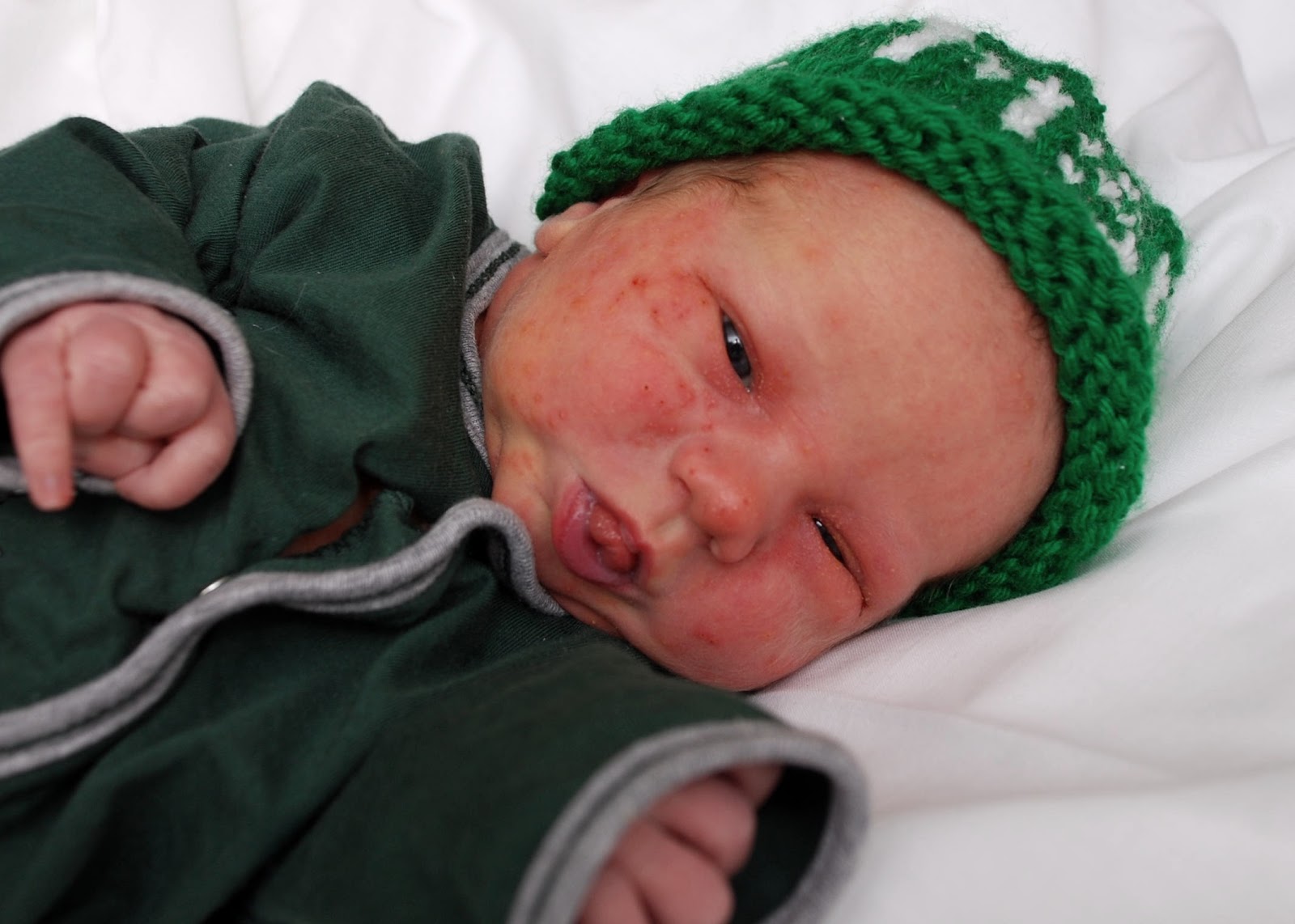 When Patch arrived I figured that we would just do what we had always done.  We'd try to make it to the six month mark before we started solids.

But early on Patch went from a quiet happy baby who slept well, to a screaming reflux-y baby with rashes over his face and body.  This time I didn't think "dry skin" and excuse the reflux as just being part of being a baby (especially now that I knew what reflux looked like and realized that was what Sadie very likely had).  Something was wrong. I just knew it.

At that point I had more experience as a mom and had learned to trust my gut.  And so I pushed and pushed and ignored the doctors who rolled their eyes at me and said "you're a first time mom, aren't you?" when I insisted that something was not right.  Finally I had a referral to an allergist who didn't think that I was insane and who very quickly announced that Patch was in fact allergic to all things dairy and who gave me a plan of attack for dealing with the allergy.

Within days we had our happy baby back. 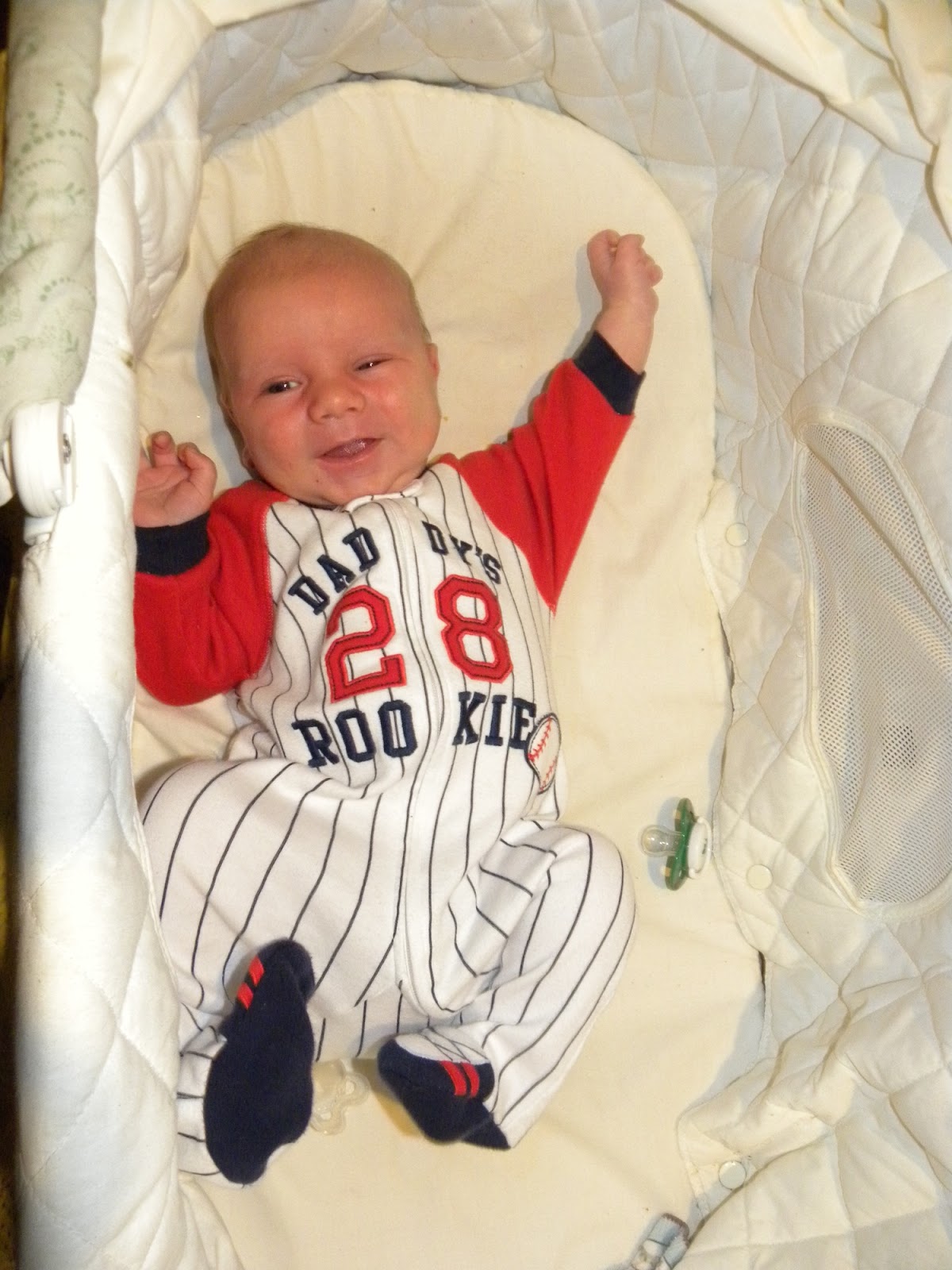 Around this time I began to learn about baby led weaning and since forcing Patch to eat food that he didn't want to eat as he attempted to throw things off the table and lock his little mouth shut to avoid the spoon didn't seem all that appealing to me, we decided to give it a try.

He'd sit at the table with us during meals, happily babbling away, and I would put little pieces of soft food (that came from whatever we were eating) on his tray, trying everything from avocado to sweet potatoes, and would watch eagerly to see if he would try them.  I wasn't worried about allergies at that point because he'd been extensively tested and we already knew what he was allergic to.

Without fail he would immediately throw every single scrap of food on the floor.

Time passed.  At around the twelve month mark I started to worry a little.  The PA at the clinic I go to shook her head and lectured me on having a kid that would "nurse til he was ten," but Patch's pediatrician didn't seem worried at all. 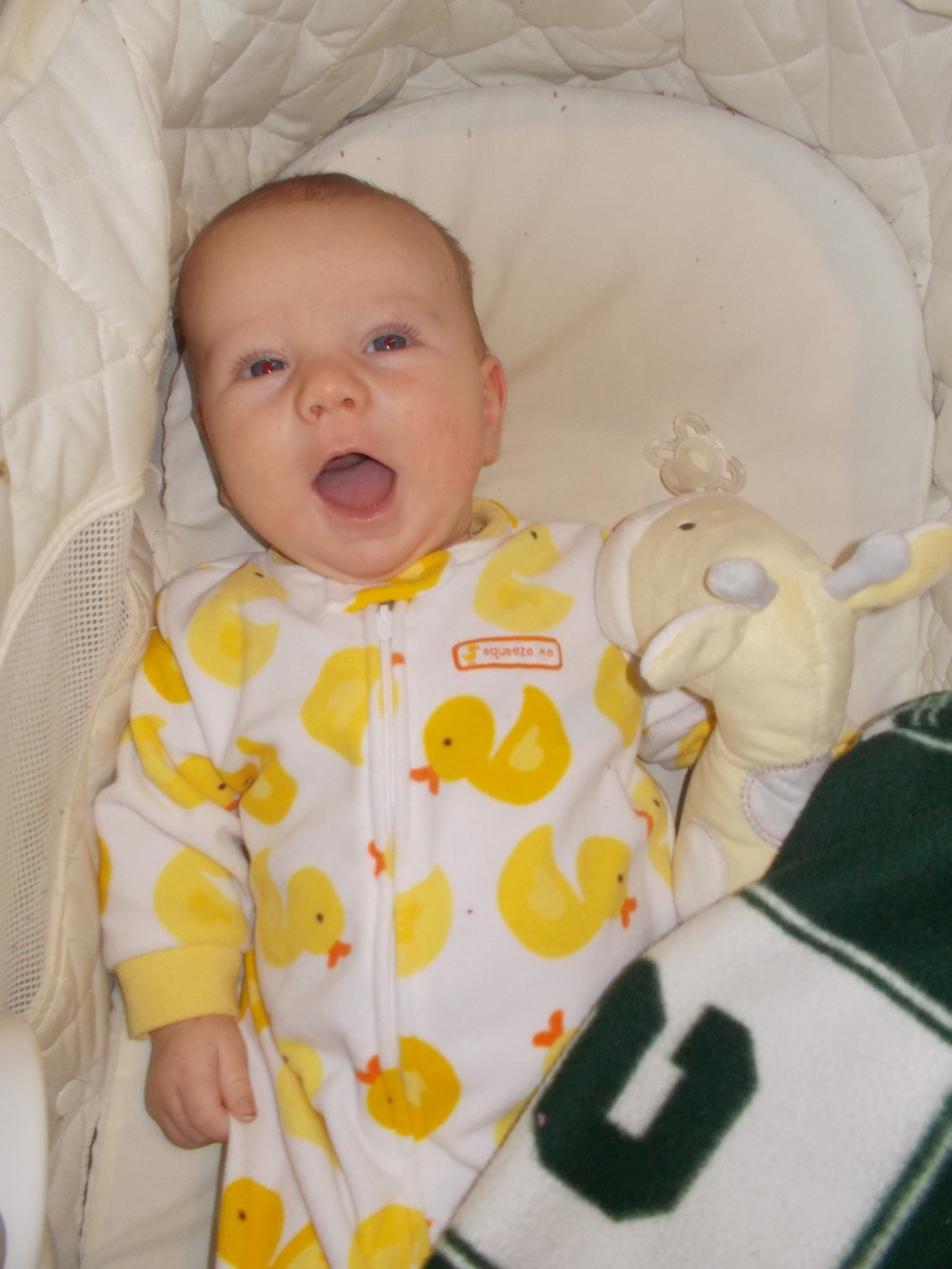 So we kept offering him food and he kept refusing and I began to wonder if he would ever eat solids. And then one day he did.  He was a tall, lanky thirteen months old, who had been exclusively nursed his entire life, when he suddenly decided that food was the best thing he'd ever tasted and began eating everything we put in front of him.  He was suddenly voracious.  He was always up for seconds.

And now as an almost two year old, he still eats just about whatever you put in front of him and let's us know when he wants more.

As we go into this the fourth time around I have a new strategy.  I'm going to watch this baby and see what works for him.  I don't plan on going the rice cereal/pureed route this time, but if baby #4 is interested in food when he's six months old I'll start offering little soft, mushy pieces of whatever we're having and see how he does.  And if this baby acts like he's starving at six months and is all about purees, we'll reevaluate. 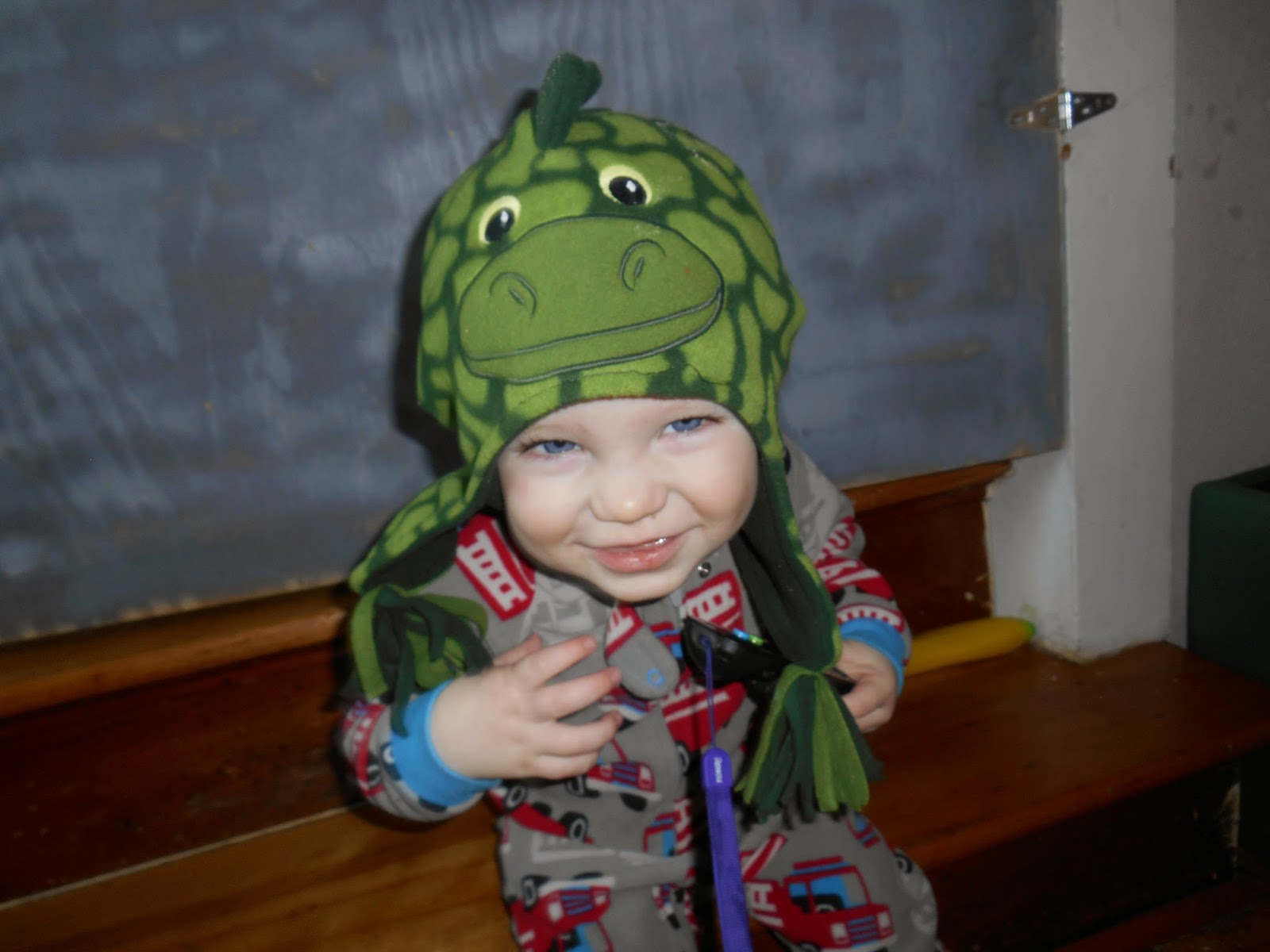 And of course this time I'll be on the lookout for allergies from the start.  We're batting 0 in the allergy free department these days and when I asked Patch's allergist what the chances were that this baby wouldn't have allergies he laughed and pointed out how well we've managed the allergies that we have.  At least we already have an allergist's number programed into my phone (fun fact: the other day I counted the numbers in my phone and realized that of around 54 numbers, something like 27 belonged to doctors and therapists... which likely explains the hectic state of my schedule, which now involves a day where I say something to Paul each month like: "okay, it looks like we have 26 therapy sessions and 8 doctors appointments this month... just so you know going in..." with weekly updates each Sunday to let him know how many appointments have changed or been added in).

Overall, I think the main rule I've learned, as with co-sleeping and crib sleeping and so many other parenting topics that can be contentious, is to be flexible and open to rolling with the punches when this little guy arrives, because holding fast to a decision that I made before I meet the newest member of our little family face to face can at times do more harm than good!
Posted by Cammie Diane at 8:30 AM