I'm very proud of Sadie's very first attempt at (loom) knitting a hat.  She's on a hat making quest and pretty much asks if she can knit every hour or so.  Yesterday she finished her first hat, which is part of a service project that her AHG troop is doing this year and will be going to a baby in foster care.

Last night when I left for the baptism prep class she was sitting on the couch in her pjs, busy working on her second hat.  The first one I helped set up on the loom and helped tie off.  The second one she set up herself and was off and going before I could put on boots and get out the door.

I have a feeling that her latest passion is going to put a major dent in my yarn stash (and I'm actually pretty excited about that because I have way too much yarn!).  And so, here's a picture of her very first hat! 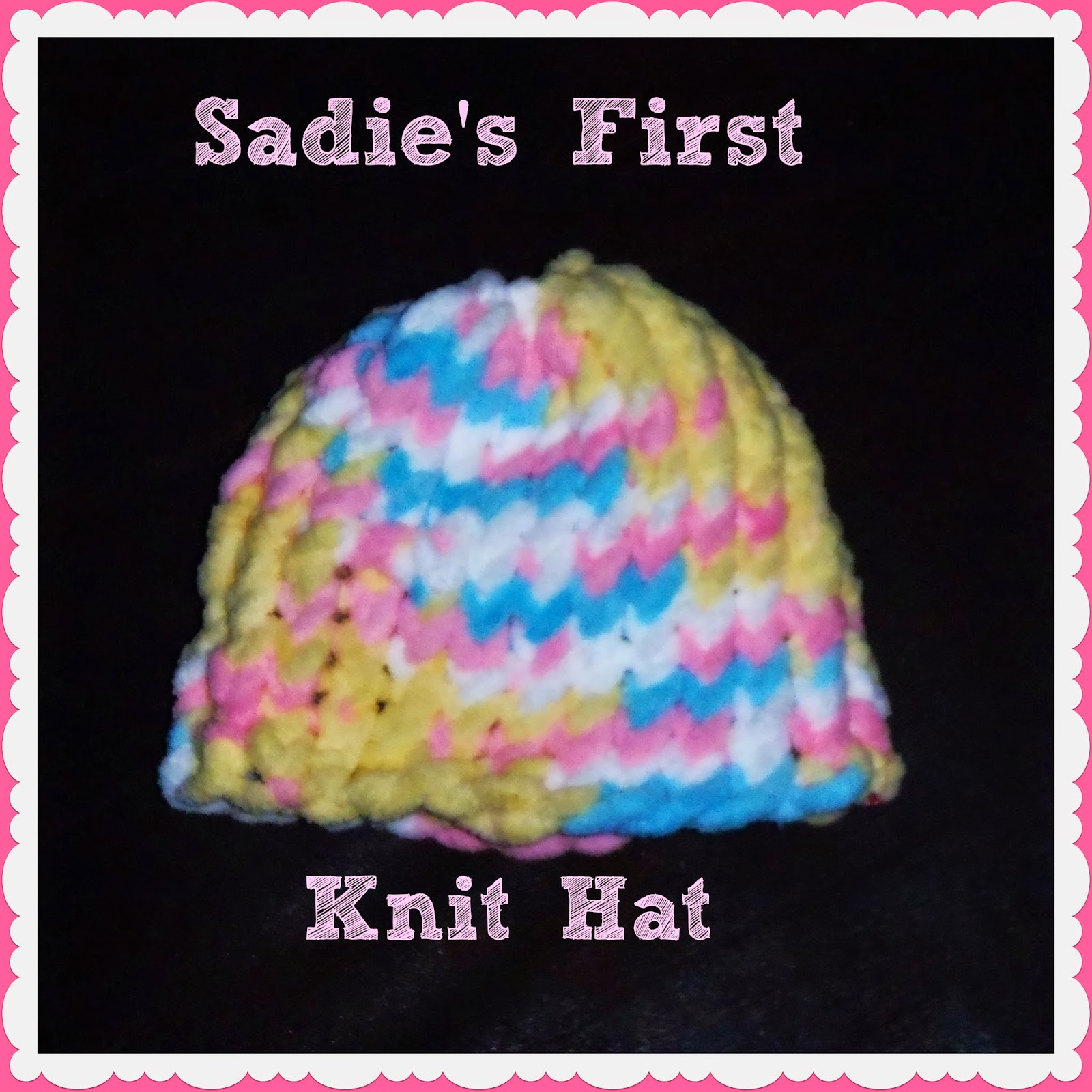