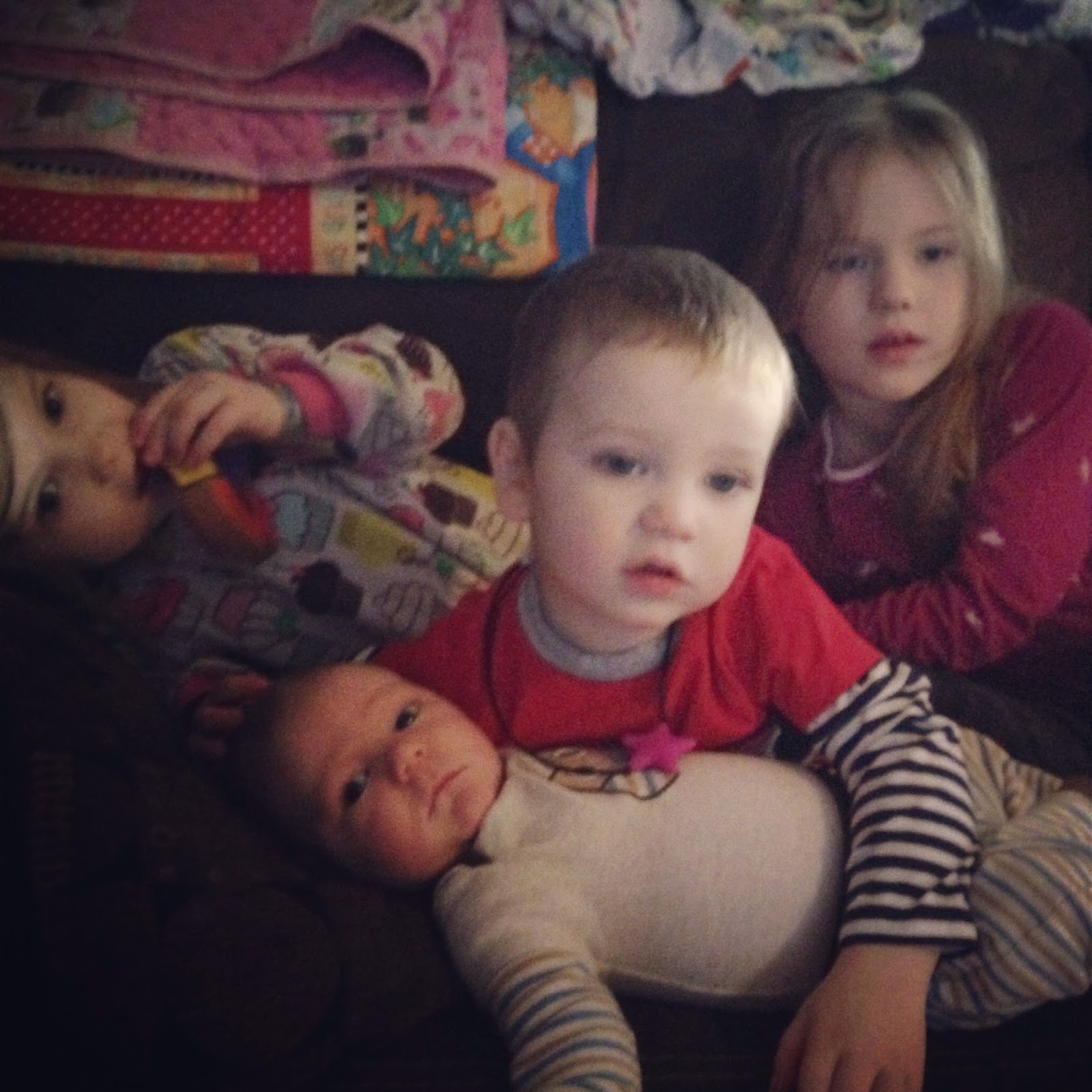 I always wondered if my schedule would eventually catch up with me.  Trying to keep all the balls in the air, our marriage, running my stores, homeschooling, therapy and doctors appointments, the house, a new baby and  toddler, the various allergies that I have to keep in mind while cooking... I sometimes just wished there were more hours in the day (and especially the night) to get things done.

And for the last couple of years I couldn't help but think that if I could just stop sewing for my stores I would be fine.  I could do the rest.  But needing to sew for hours every night and the stress of getting orders out in time while new orders came in seemed to weigh a little bit heavier each month.

Once James arrived I felt the desire to focus more on the house and babies all the more keenly.  He didn't love sleeping in his bassinet while I sewed like his brother did.  He wants to be in my arms and while I spent a few nights sewing with him in the wrap neither of us were huge fans of that situation.

I didn't see our situation changing any time soon.  But when orders began to slow in the last few months I was relieved.

I knew why business was slowing down and what I needed to do to change it... but I didn't have the energy. Over the years, while running my four (now three) stores I've learned that variety is key.  If I can keep around two hundred options in my store business is booming.  Anything down to 160 is still somewhat steady.  And when there were less than 160 items in my shop business would fall of abruptly.  And I'd sold so many fabrics out that my store was now in the 150 range most of the time.

This was compounded with the problem that came with how hours and earnings don't quite match up when you're selling handmade products on line.  My problem was like this.  I might sew 10 snoods to put up in the shop.  All ten might sell.  Or only one might sell for an extended period of time.  And so twenty hours of work might come to ten dollars an hour or it might actually be more like a dollar an hour depending depending on what sold in a given week, month or year.

So while I could actually calculate each headcovering to have it come out as paying myself ten dollars an hour for that particular headcovering it was likely that I would work somewhere between twenty five and thirty five hours a week and make anywhere from zero to four dollars an hour that week.

I'm proud of all the hard work I've put into my shops over the past few years.  My snood shop has had 903 sales, as of this morning.  Between my shops that means well over 1000 sales on Etsy.  And those sales have helped us survive the last six years of graduate school. 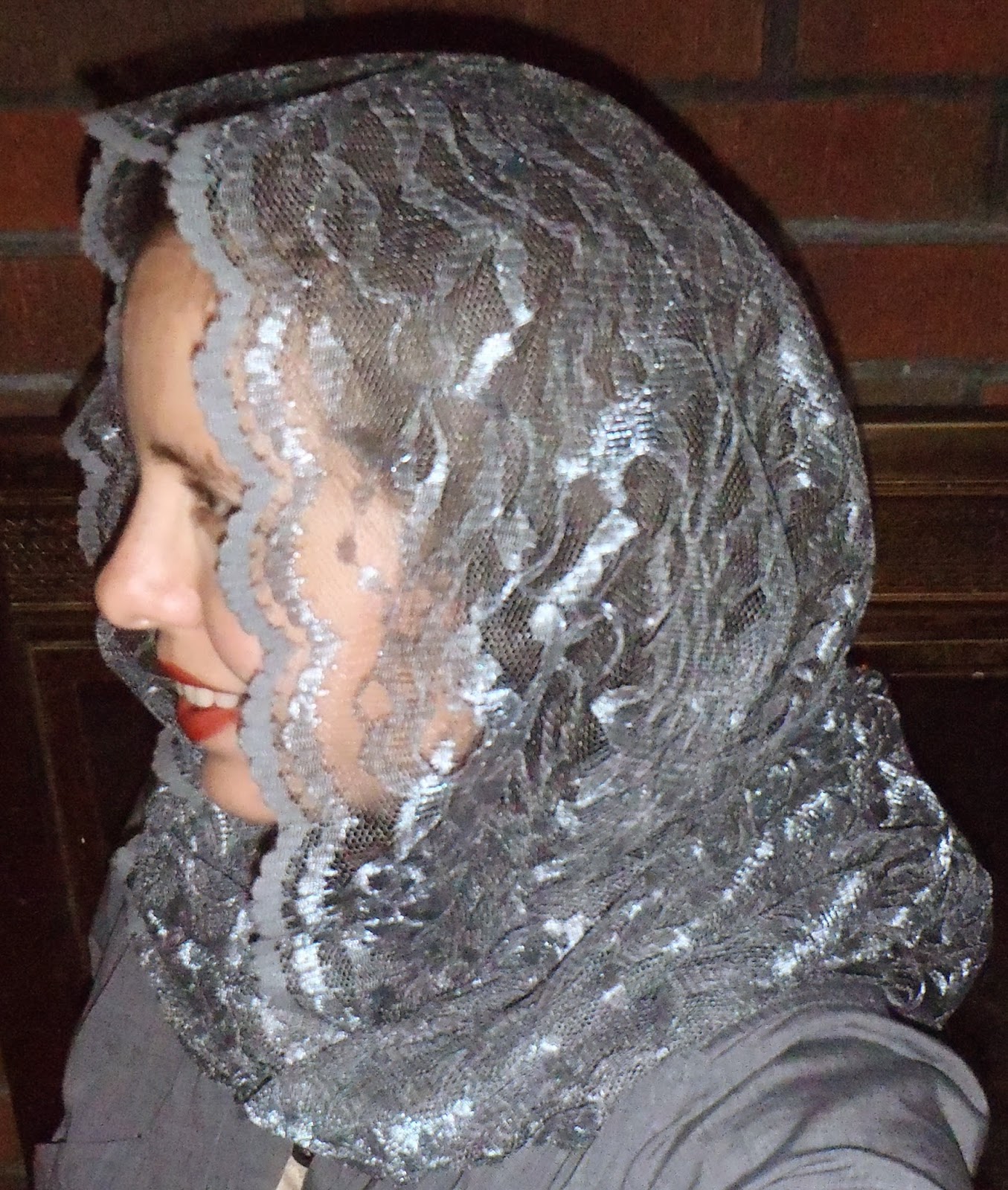 Yet when Paul found out he'd promoted and would be working full time his first question was whether I thought I could close my shops.

The stress of getting orders out as James became more and more insistent that night times should really be for staring into Mommy's eyes and cuddling and not being put down in the bassinet was wearing on both of us.  And so I made a budget.

And then I removed everything on my snood shop except for the patterns, which are automatically downloadable after they've been purchased.  My other two shops are still up, because everything in them is pre-made.  In time I'd like to relist the headcoverings that I already have made (I think there's over a hundred of them) but for now I'm taking a break and focusing more on getting organized here and cuddling with the babies.

Maybe in time I'll make some new covers, but I think in the future I'll stick to listing things that are already made, instead of buying large amounts of fabric and allowing orders that will mean late night sewing to get them out in time.

And that is the big announcement this morning.  I love sewing... but I love sewing without deadlines and stress (and sewing the same thing over and over and over again) and so this is a much needed break.  Thank you to everyone who's shopped at my stores... and I have a feeling some of those already made headcoverings will be making their way into giveaways here in the near future!

And hopefully my typing won't wake James up the way my sewing machine does... because I'm hoping this will give me time to blog a bit more too!
Posted by Cammie Diane at 8:39 AM