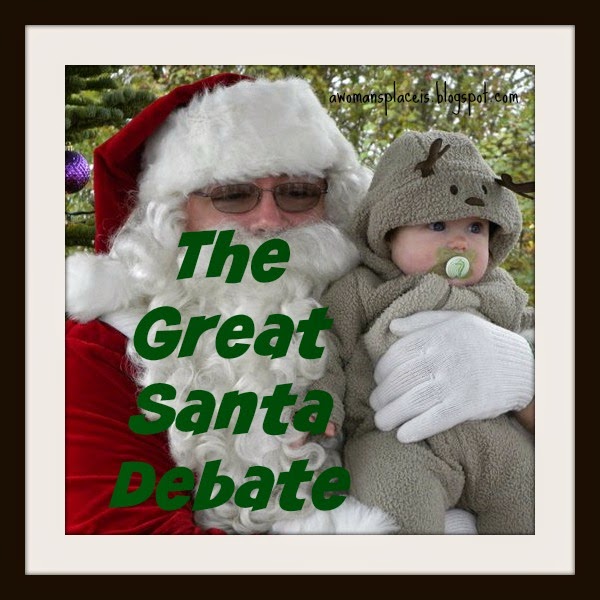 I've seen lots of Santa posts coming up in my news feed this last week and while I opened them and even read the first few descriptive lines in my feed I stopped short of going any further and finally closed the links to return to later.  I wanted to write this post and put down the thoughts on the subject that have been swirling around in my head these last few weeks when the subject came up in various groups that I'm in and I wanted those thoughts to simmer on their own so that I could put them down on paper before I read anyone else's take (this year).

Really the title of this post is a tad misleading, because I'm not really debating the pros and cons of either choice.  Still, I know there are parents out there pondering the decision and so I thought I'd share what we've done over the years and how it's worked for us.

I used to say that we "don't do" Santa, but then this year someone asked how we keep our kids from ruining the secret for kids who do believe in Santa by telling them "he's not real" and that made me pause.

You see Sadie wouldn't (at this point at least) think to tell another child that "Santa isn't real" because she's been taught her entire life that he is real.  She knows that Santa is Saint Nicholas and she's always been taught that Saint Nicholas, like all the other saints, are every bit as real as you or me.

When she was four, a grown up asked her if Santa had come to our house.  She paused, clearly puzzled and finally responded that Saint Nicholas was a real person who lived in heaven with God. 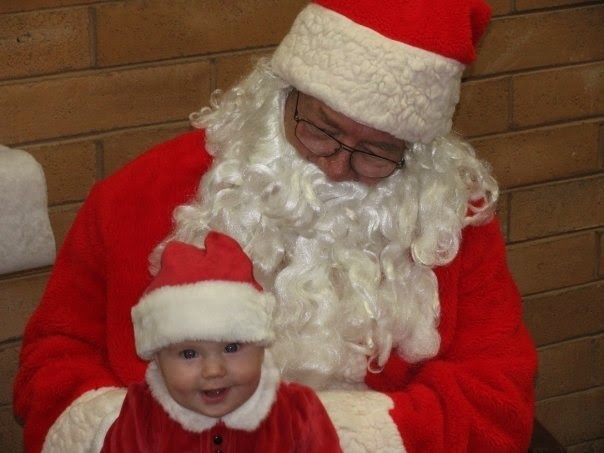 But maybe I'm less worried about the hypothetical situation because the child has never met an imaginary game that she hasn't loved.  She came out of her ballet class yesterday chattering about Elves who were getting into trouble.  She knows elves aren't real (because the child constantly asks "is that real or imaginary?") but was excitedly retelling and embellishing the story none the less as we drove around Paul's alma mater looking at Christmas lights.

I should probably have begun this whole post by explaining our Santa Strategy.  Since the kids have been small we've had saint books and children's Bibles scattered around the house.  We've read the stories and stressed that the people we're reading about were real people who loved God so much that they became saints.  We try to celebrate feast days whenever we're able and Saint Nicholas' Feast is one that we've gone out of our way to observe.

On the other hand, we read stories about Santa (the reindeer drawn sleigh version) too.  I have a copy of The Night Before Christmas that I love.  We watch Christmas movies and read Santa stories, in the same way that we read books about princesses and watch princess movies.

Some years we've even taken the kids to see Santa... our discontinuation of that particular tradition in recent years had less to do with believing in a certain version of Santa and more to do with the fact that the kids were considerably less excited about seeing Santa than they were about seeing the various characters at Disney World when we lived in Florida.  Actually, that's an understatement... the last few Santa visits were nothing short of disastrous... 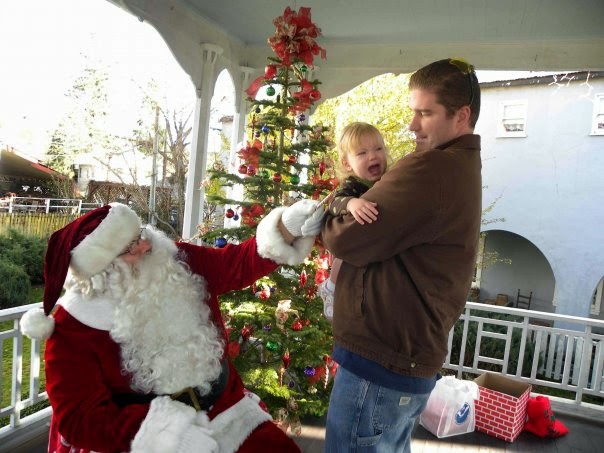 I guess what I'm saying in a round about way is that we treat the image of Santa as a jolly man in a red suit flying across the sky in sleigh pulled by reindeer the same way we treat Princess Aurora or Dora or Oona. We read the stories and make up stories and they play dress up.  They draw pictures and dance around the room and sing songs about Santa or princesses or being a mermaid (or in Patch's case he stomps around the house in snow boots yelling "Guppy!  Guppy!  Bubble Puppy!" to let me know that he thinks it's a grave injustice that he doesn't have dog). And over the years Sadie's asked me if Princess Belle is real and if mermaids are real and now she loves to ask "Is that really a princess or is it just an actor pretending?" with a smile, already knowing the answer.

It hasn't seemed to lessen her excitement at all, in fact, like children all around the world she's eagerly counting down the days until Christmas.

As I considered writing this post I couldn't help but think about why this is such a popular topic for posts in the Catholic-Mom-Blogosphere at the moment.  It's almost inevitable in comment sections that defensiveness creeps in as people on both sides seek to justify their choices (at least from the comments I've seen accompanying links on Facebook).

In a way I'm sure this post contains a little bit of that defensiveness, because whatever path you take when you celebrate this holy time of year, whatever choices you make, you can easily find those who are explaining why they've made different choices.  Sometimes the language is kind and sometimes you'll be accused of damaging your children by telling them about Santa or by not "doing Santa." We've certainly been told we're "ruining Christmas" by not playing along with the more popular tradition.

Yet one look on their faces on Christmas morning tells me that nothing could be further from the truth.

As I wrote this post I decided not to delve to deeply into the "whys" that Paul and I considered when Sadie was tiny and we first began embarking on this whole parenthood journey.  I wanted this post to give ideas to those who are considering their options, and to stand as an explanation of one way of approaching a surprisingly controversial subject.

And maybe this year I'll be brave enough to take our four to visit the Santa at the mall... but more likely I won't be quite that daring... I have visions of being asked to leave and not come back!  They're usually really good when we're out and about but I'm afraid the sensory overload of a line to see Santa might be just too much for certain members of our little group!