The Update I'd Prayed I Wouldn't See

I found myself bursting into tears in the middle of the kitchen this afternoon after seeing a status update on Facebook that I'd been expecting, but also praying that I wouldn't see.

Maybe you already saw it on the news.

Jayden Morrison, a four year old autistic boy who went missing on Christmas Eve, was found dead in a retention pond near his grandmother's home.

These stories all too often turn out the same way.  A child goes missing.  There's a frantic search.  Sometimes the child is found with a few scratches and bruises, but alive.  But more often than not the stories that make the news, that is to say, the ones that have gone on for an extended period of time, end near a body of water; a canal or a pond or a river... in tragedy.

I read a statistic once that said that 90% of wandering deaths were drownings.  I can't remember where I read it and I don't know if that's true, but it wouldn't surprise me if it is.  Mae is drawn to water like a moth to a flame and that attraction is, without a doubt, my greatest fear in this life (followed by her sprinting into a busy street as a close second).

Sometimes when we're out driving (and day dreaming) we'll see a house for sale and Paul will say "how about that one" and I'll scan around it immediately.  "No."  I'll shake my head if there's a pond or a creek near by.  "Look.  A pond."  The risk is too great, the stakes too high.  She's little and fast.

All afternoon I found the words "there but for the grace of God go I..." going through my head.

The quote isn't a perfect fit, but in a way it sums up one small part of the reason that I think so many in the autism community feel these losses so keenly (in addition to the fact that these losses are heartbreaking and horrible in and of themselves).

Many of us know all to well that on any given day if we look away at the wrong time or find ourselves distracted for a second too long we could easily find ourselves mourning the loss of a beloved child.

I will never forget the day that we almost lost Mae.

She was still more than a year and a half away from her diagnosis.  We'd gotten a Groupon for a condo in Orlando over the Christmas break of Paul's first year at law school.  With the Florida resident discount we just couldn't pass up a chance to take the girls to Disney World and so we scooped up the Groupon and found our way to the condo.  I'd been up all night sewing new princess dresses for the girls and I couldn't wait to see them all dressed up in pink velvet and lace.

When we arrived at the condo I was pleased to find that it was completely child proofed.  There was nothing that our rambunctious girls could break or damage.  With the girls playing in the living room I slipped into their bedroom and began unpacking their clothes.

A few minutes later Sadie sprinted into the room, yelling that Maggie had opened the door and gone outside.

Paul and I flew into the living room to find the living room and saw a side glass door open.  It had been locked when we'd come in, but Mae had managed to turn the dead bolt and the door stood open.  We raced outside and saw our eighteen month old girl toddling across the parking lot.

She hadn't made it far but there was a lake about a hundred feet from where we found her. 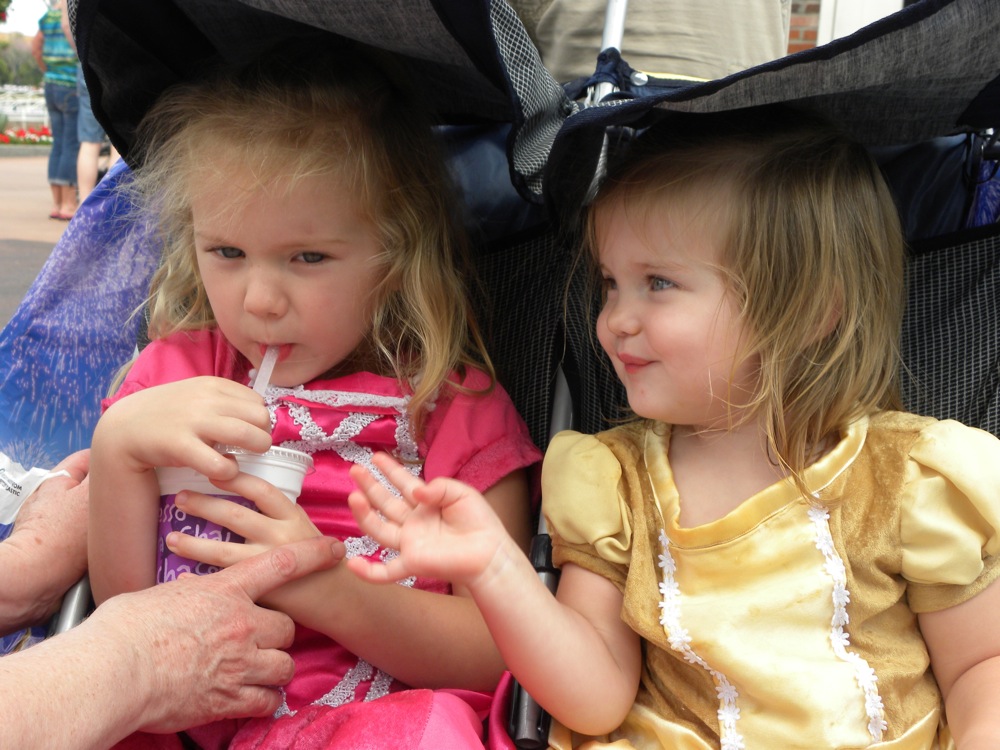 "I saved her life!"  Sadie repeated over and over again that week.  "I save my sister's life."

I don't think we realized how true those words were.  We hadn't yet realized how drawn Maggie was to water, how she would start to take off her socks and shoes while standing holding my hand at a cliff above the river at my parents' house, or while looking at a giant tank of sturgeon at a museum.  She's always ready to go for a swim, with or without me.

For the last three years we've been vigilant.  In the beginning we wondered when she would outgrow the phase where she took of sprinting in one direction, enjoying the feeling of running, giggling all the while, completely oblivious to danger.

When people tell me we should get a baby sitter so that we can go out without the kids I nod and agree, knowing all the while that there are very few people we'd leave Mae with because of her tendency to wander.  It's hard for people who haven't experienced a child who's determined to wander first hand to understand how hard it can be to keep them from doing just that. 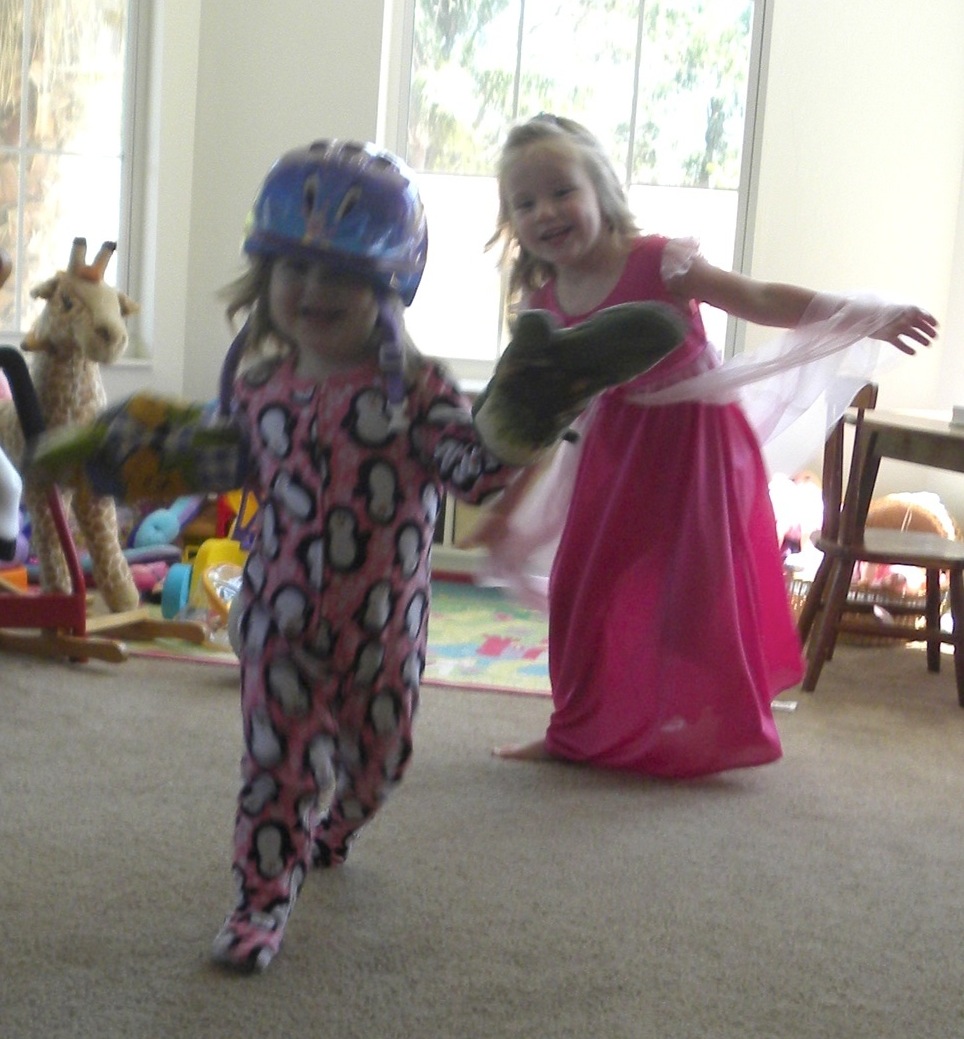 In the past year I thought that we were making progress on the wandering.  Mae goes on walks with her therapists.  Sometimes she even walks alongside without having to hold hands.  Then we went to the Hayride/Bonfire night with Sadie's AHG group.  We had to leave early and were walking through a dark field of Christmas trees back to the car.  Mae would stop to adjust her shoe and after fixing it would stand up and try to sprint into the pitch black Christmas tree field.  For whatever reason running off into the dark seemed like the fun thing to do.

That walk pretty much shattered any illusions I had about her tendency to take off coming to an end any time soon.

Whenever I read comments on the stories that follow these tragedies there are people criticizing the parents and talking about how negligent a person has to be to lose a child.  Yet I have to say that in a house with an alarm system that lets me know if a door is opened, with bars on her windows as far as they open, with double baby gates and door handle covers and specialized door locks, I still find myself worried that my super strong little climber will get past our safety precautions and get outside without anyone noticing, or will wander off when we're out and about... because if there's one thing that the last four years have taught me it's that when you have a child who's prone to wander the smallest distraction can lead to tragedy.

Please pray for Jayden's family tonight.  I cannot imagine what they must be feeling as they enter into this Christmas season without their precious little boy.
Posted by Cammie Diane at 10:46 PM