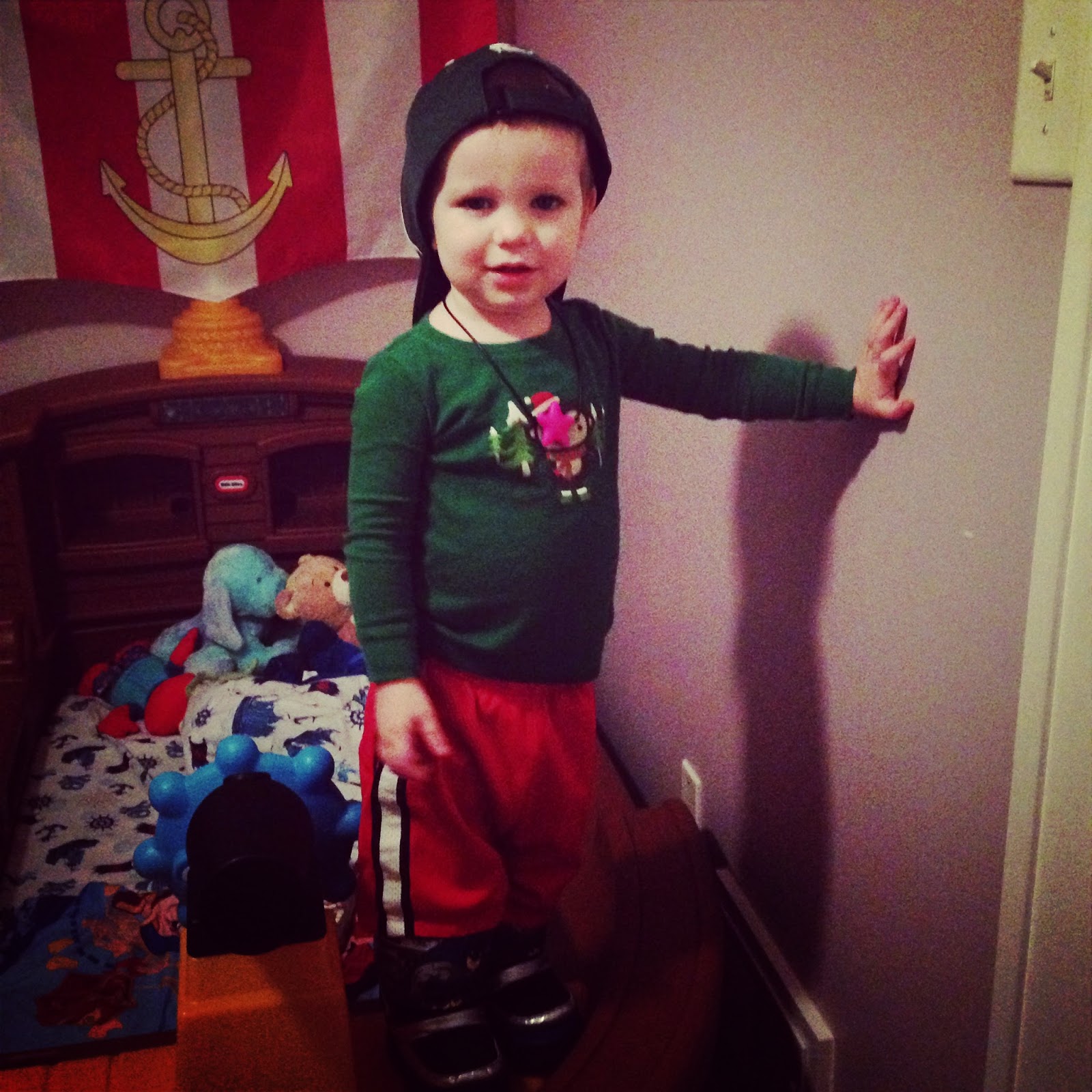 The days are going by so quickly right now that sometimes I feel like I go to sleep on Monday night and wake up on Friday and wonder where all the days in between have disappeared to.

James is "sleeping through the night."

Alright, I should really say he's sleeping through the night by pediatrician standards, which means that he sleeps for six consecutive hours each night, between the hours of 11 pm and 5 am.  At 5 am the entire house wakes up to Maggie loudly telling us that its morning.

Can I just say that never in my entire life have I been less of a fan of day light savings time?

I woke up this morning thinking, "That's it.  We have to move to Arizona.  Or South Africa.  Or anyplace without Day Light Savings time."

Because Maggie, with her rigid little internal clock, does not recognize the time change.  And she wakes up her sister who yells "Mommy, is it morning time yet?  Maggie and I are awake!" which is immediately followed by Patch in his room yelling back "Guppies?  Guppies?" because he's hoping that he is going to be allowed to watch Bubble Guppies (his obsession) at some point over the course of the day (as a side note the second most talked about topic that Patch brings up is his need to have a puppy... which I think we can blame on a particular episode of Bubble Guppies...). 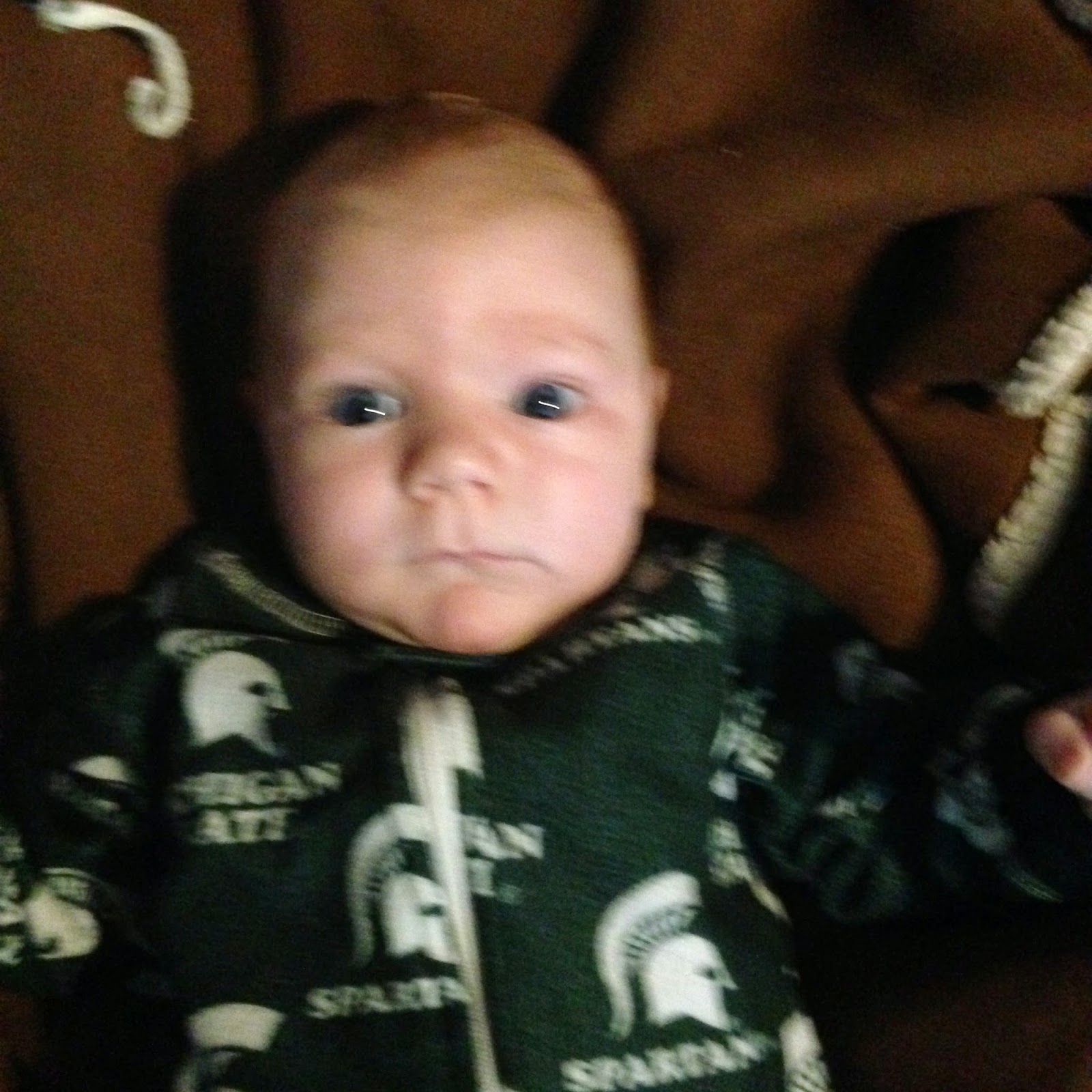 And then it's all over for poor James, who might be able to sleep for longer than six hours if his brother and sisters weren't so enthusiastically loud at 5 am every morning (or if 10-11pm wasn't his favorite play time).

And nothing, from staying up hours past her bedtime to having everyone stay in their room until the time that we wish they would sleep until (6 am) makes a difference.

In terms of sleep problems, it's not a horrible problem to have.  I mean, Sadie woke up every hour for the first eighteen months of her life, which means that I spent a year and a half stumbling around like a blurry eyed zombie, so really, I know that the sleep situation could be much, much worse.

Still, I'm hoping, really desperately praying if I'm honest, that her service dog application is approved.  We made it through the first application and collected the information from her psychologist and doctor and therapists that we needed for the next round and now we're waiting to hear back if we'll be approved for a home visit.  I've read stories about how great the dogs can be at night and how calming they can be, and so I'm hoping every day that we hear good news from them sometime soon (it can take 24 months though to move on to the next part of the process... so we may be waiting a while). 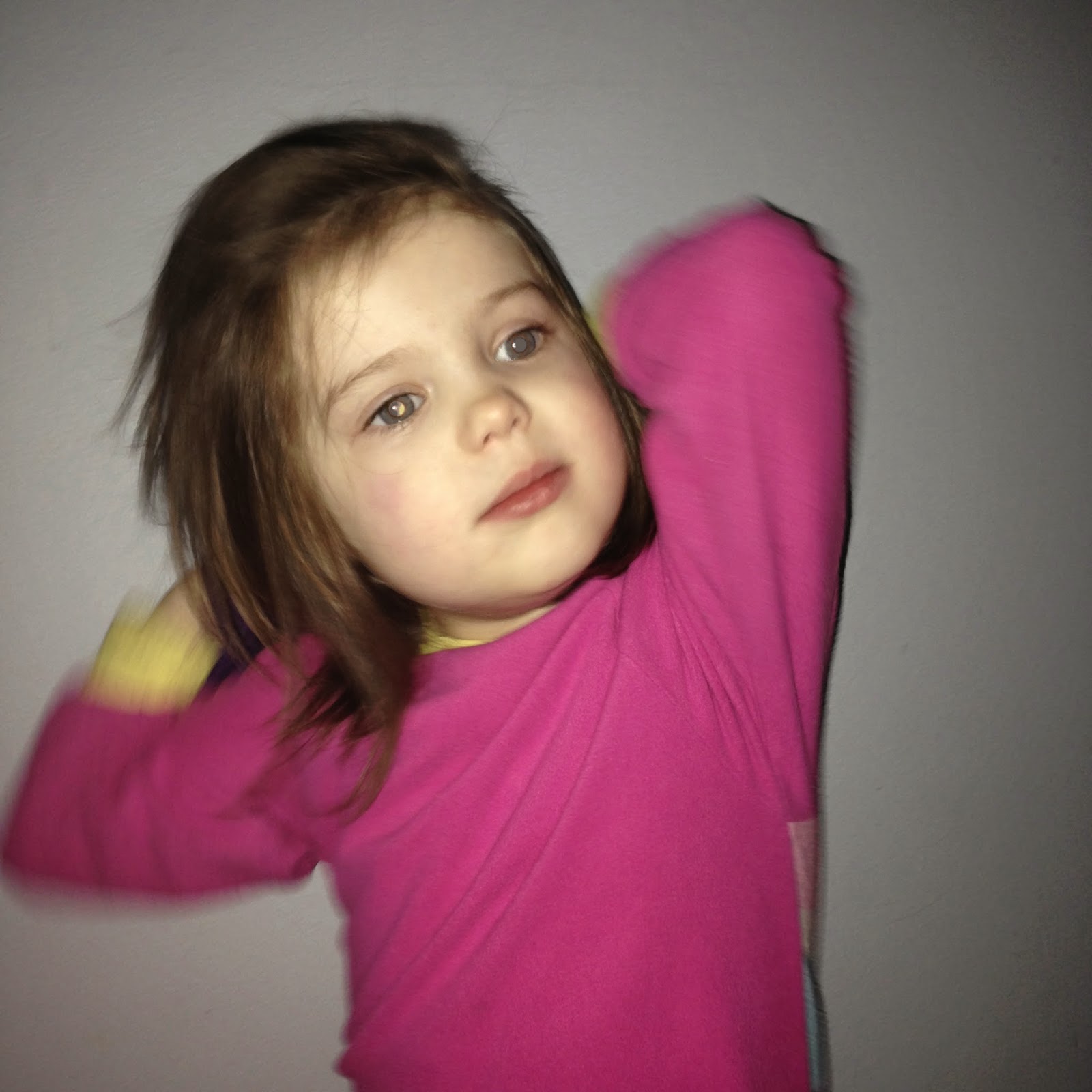 And if anyone is still following along in this stream-of-consciousness-totally-random-post can I just say that I might be going downstairs in a few minutes to find a sugar free caffeinated beverage to offer my two girls (does that sound crazy to you? It does to me!) because earlier this week there was an incident involving Maggie having gluten, which led to me giving her a cup of coke in order to get her to take the medicine she needed to take that I was praying would help, since we had nothing else in the house that would mask the flavor/texture of what she needed to drink, and all the while I was thinking the result would be completely and totally disastrous but instead it was truly amazing.  While there was a (much smaller than in the past) reaction to the gluten, the immediate reaction of the caffeine was shocking.

Mae started talking more (which was truly surprising after having gluten), sat at the table for just about three hours doing her work and was incredibly focused.  Throughout the day she kept running over to me to touch my cheek and kiss me, and while that isn't unusual she was just so calm that I began to research and then talked to people with more experience about these things and it seems that we were seeing first hand how effective caffeine can be at helping people with ADHD focus. 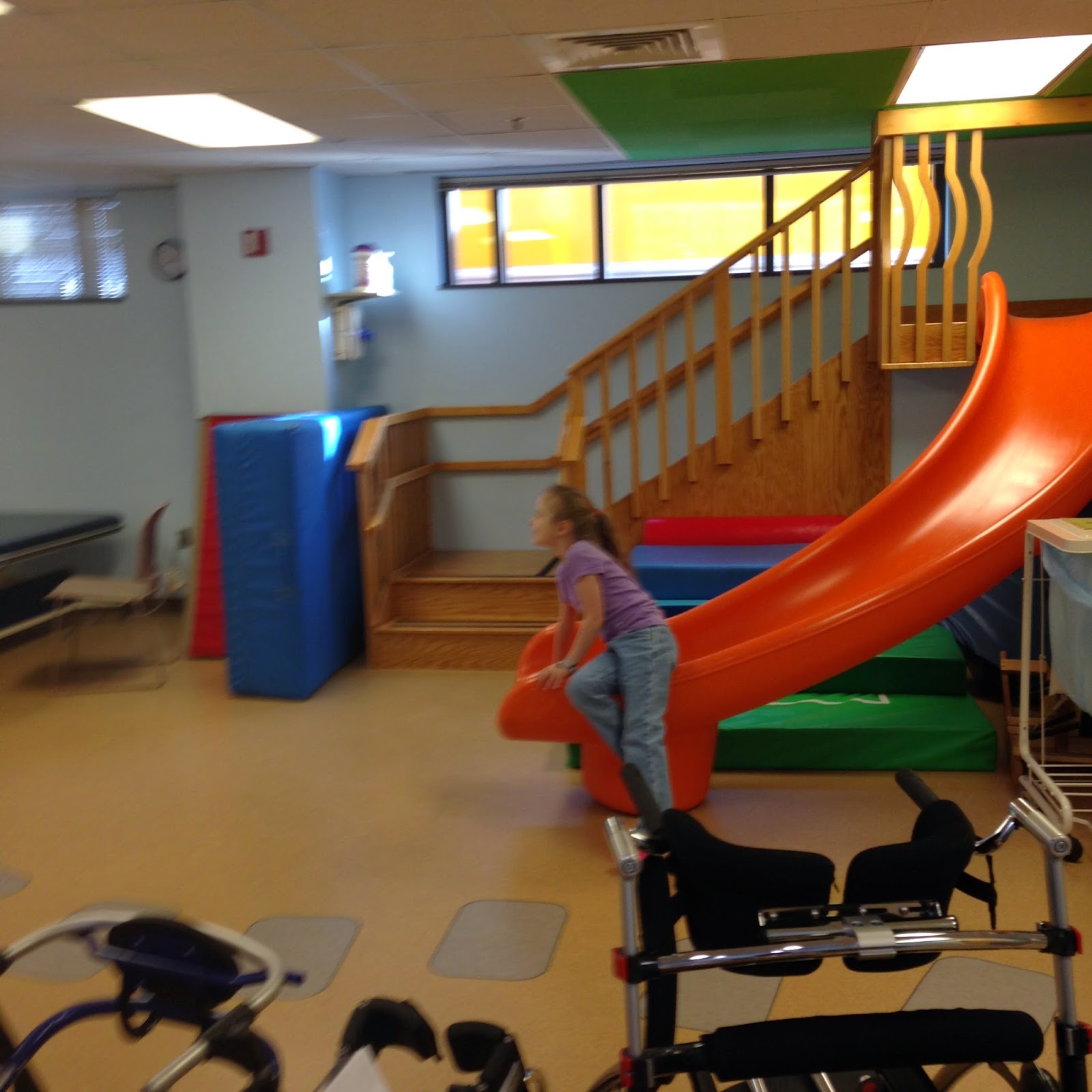 Since two other members of the family have ADHD I guess it shouldn't be totally surprising if Mae might too (although how would we ever be able to tell with all the sensory seeking bouncing off the walls going on), but regardless, a small amount of caffeine seems to seriously help her focus and make her feel better, so I'm going to experiment with small amount of tea and honey to see if it makes a difference with her frustration level throughout the day.

And in other news Sadie's occupational therapist convinced me to start a brushing regimen that involves the brushing of limbs with a therapeutic brush followed by joint compressions, every two hours during the day.  We'd talked about doing it with Maggie, but I'd never started the two hour routine, so I decided if I were doing it with Sadie I might as well add in Mae, and then Patrick runs over yelling "Too!  Too!" and insisting he needs to be brushed as well, so that's a new component of our day and it's going to be interesting to see how it fits in... because once speech (finally) starts I believe we're going to have 12 therapy sessions a week crammed into our schedule... which might explain why time is flying by so quickly!
Posted by Cammie Diane at 8:43 AM