The Doctor Disaster: Why I Need a New One Now! 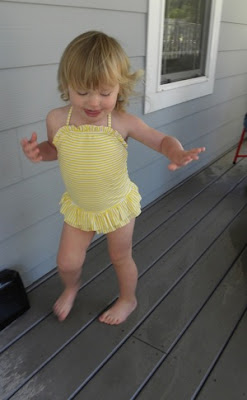 I knew that it would happen someday! I just didn’t think that it would be soon. I thought that we might avoid the sort of advice that we received today for at least another couple of years. Maybe even three if we were lucky.

Instead, Sadie’s two-year check up was something of a disaster. This wouldn’t bother me quite as much if it didn’t cause me to reach a rather inconvenient conclusion: I need to find a new doctor by Tuesday afternoon.

You see Sadie spends her days with me… her mother… as she has pretty much every day since she was born. Lately we’ve started having morning play dates on Tuesdays with Nani and Grumpa so that Mommy can help out at our parish’s office one day a week, but other than that we’re pretty much always together.

Shouldn’t I be thrusting my twenty-four month old out into the real world? After all, how can she learn that the world can be harsh and unfair if I coddle her and treat her like she’s a baby? 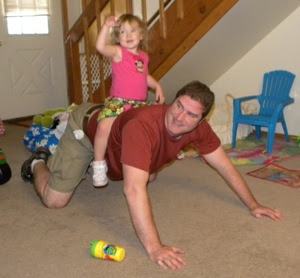 Here were some of my doctor’s worries and suggestions:

Worry #1: Sadie isn’t all that talkative.

We got advice from an actual speech therapist about this and, after asking a few questions, she said it was completely natural. For the last two years of Sadie’s life she lived on the family ranch, which included four generations. With three generations of adults paying attention to her, she didn’t need to talk much. She could sign and point and she usually got her point across very quickly.

Worry #2: She doesn’t have play dates.

It seems that the fact that she runs up to kids at the museum/park/aquarium and at our local parks and plays with them isn’t enough. So here was his suggestion:

I need to place Sadie in day care.

Not pre-school (advice I still would have ignored, but that would have at least made more sense) but day care. 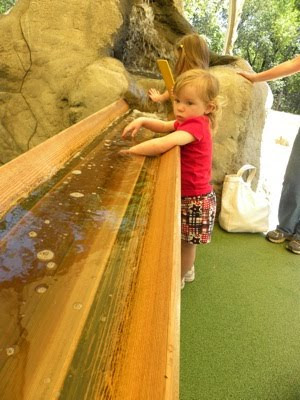 And that would solve another “problem!” I would then have time “to myself,” to “do my own thing.”

He explained that he’s very concerned that Sadie is only around family members. When I tried to explain that that’s not true at all, that she see’s lots of people, particularly through our Church, he ignored me and continued.
He said that she needs to be away from the family, spending times with children her own age and older to learn to “model” behavior.

Then he spotted the bug bite on her arm that she acquired while swimming yesterday and said that we need to slather her with bug spray with DEET, because that’s really all that works and that we need to do it every time we go outside.

Deep breaths. By the end of the appointment I could no longer look at him.

There were a lot of thoughts going through my mind and I told myself a half dozen times before I left the office that it would make a good blog post/ semi-hysterical rant just to calm down. Writing things out helps. There was no reason to do anything other than clench my jaw and get through the appointment.

You see after trying to explain our parenting strategy a couple of times and seeing his eyes glaze over, I wasn’t about to try again. But, for anyone who is still reading at this point (and for my own sanity since Paul is sick of hearing my tirade), I will continue.

I don’t believe that children need to be thrust out into the “Real World” in order to be “socialized.” In fact the type of “socialization” that I’ve seen lately is exactly what we hope to avoid (as a cheerleading coach at our local high school I was unlucky enough to witness and hear some pretty disturbing things). I’m not saying that day-care and pre-school and eventually public or private schools aren’t good things, I’m just opposed to the idea that they’re a) always the best thing and b) that they’re at all necessary.

Children can grow into brilliant, kind, well-rounded adults without being placed in the care of “non-family members” day in and day out, just as they can turn out wonderfully through our societies newer avenues.

I also take issue with the idea that getting rid of my kid all day would necessarily be best thing for me. 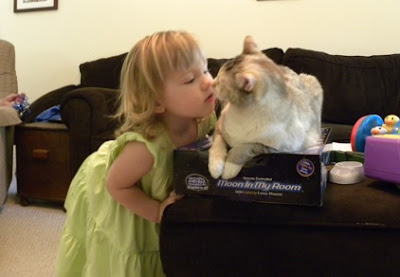 My vocation in life is the vocation of a wife and a mother. I love my vocation. And that vocation is what I want to devote myself to full time!
A few weeks ago someone told me that it was good for me to get out and be seen as something other than “Sadie’s Mom,” and the idea was odd to me, not because I don’t think that I’m more than my children’s mother or my husband’s wife, but because those things are an innate part of who I am and can’t be separated from the other parts, whether it’s the time I spend as a small business owner making jewelry or as a writer pouring out my thoughts on paper (or even as a house keeper scrubbing floors and picking up and sorting laundry).

And while I sometimes crave a little more sleep, my vocation is who I am and it’s exactly what I want to be doing. It isn’t always easy or fun, but it is absolutely fulfilling and I wouldn’t have it any other way.

So I will continue doing what I know is best for my family… and I’ll find a new doctor who doesn’t think that the best possible thing for a child, regardless of the situation, is being away from it’s mother all day!
Posted by Cammie Diane at 5:26 PM

Email ThisBlogThis!Share to TwitterShare to FacebookShare to Pinterest
Labels: About Me, Catholic Culture, day to day, marriage, Mom Stuff, My Thoughts