Nursing and Fasting: Just Don't Do It! 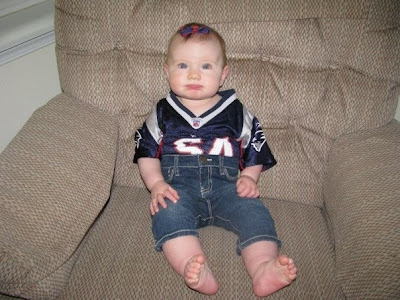 "Those who are excused from fast or abstinence Besides those outside the age limits, those of unsound mind, the sick, the frail, pregnant or nursing women according to need for meat or nourishment, manual laborers according to need, guests at a meal who cannot excuse themselves without giving great offense or causing enmity and other situations of moral or physical impossibility to observe the penitential discipline."

Now many of us can give up meat. I know that, as I design my food schedule on a budget, we have plenty of days that, unintentionally, don't include meat. And since eggs and dairy products are allowed, it's pretty easy to get adequate protein in other ways (we tried Greek Yogurt recently, I believe it was Yoplait, and it had something like 13 g of protein! It's hard to beat that in anything! And for those worried about health it has 0g of fat! And it was tasty!).
Fasting, however, is an entirely different thing. And the mentality that many of us can fall into can be dangerous. We may think "well she's only nursing x number of time a day... How much can one day of fasting in a week (two during this first week) really affect my milk supply." For some, rare women, it may not be much. But for many of us, the result would be dramatic.
When Sadie was almost one I thought I'd be okay "cutting back" on Ash Wednesday. She was eating a lot of baby foods and while she still nursed quite a bit I didn't think that one day would really affect my milk supply all that much. Besides, I told myself, I would still eat two small meals and one big meal. I wouldn't be doing the whole bread and water thing. Really the main difference was that I was cutting out snacks.
I was fine all day and so was my milk supply. Then it was bedtime and I was faced with a very hungry baby. And suddenly it was gone. I had no milk. And I had a baby who lay next to be and sobbed herself to sleep.
It took over a day for my milk supply to return to normal. And in that time I had a miserable, hungry, cranky baby and a dribbling supply of milk that slowly returned as I ate.
You may be able to nurse and fast. But there's a good chance you may not. And why would anyone want to risk finding out? I think we can all agree that the babe in our arms isn't included in the fast.
Sure, some little bit of pride in the back of my head tells me I can fast every single year. After all, I'm only nursing... well let's see... six.... or seven times a day... and Maggie gets a lot of her food from baby food these days... I tell that tiny thought to be quiet. It's not what's best for my baby. And that is the important thing.
There's very likely plenty of time in the future for fasting. For now, if you're a nursing mom, accept your exemption and know that sometimes it's harder not to fast when everyone else is fasting and you'd really like to join them (aren't we an odd bunch! Really, wanting to fast?).
Besides, there are many of substitutes we can make. Give up the internet (okay, I'm not doing this, but I've heard of brave souls who do!). Or your cell phone (that would be easy for me... I'm always forgetting mine. I haven't seen it in two weeks although I suspect it's dead at the bottom of my diaper bag). Or television! There are lots of sacrifices we can make that don't affect the well-being of our children.
Just pick something that has become a distraction in your life and see how the next forty days go without it!
Posted by Cammie Diane at 10:33 AM

Email ThisBlogThis!Share to TwitterShare to FacebookShare to Pinterest
Labels: breastfeeding