A Day of Princesses

A few weeks ago we were invited to a little event on the children's floor of the hospital.  Miss Michigan 2014 and five other contestants were going to be visiting the kids and there would be nail painting and cookies and coloring and crowns.  Both girls were invited by their OTs, but as the day approached I almost forgot about the whole thing.

Yesterday I saw the flier during Mae's session and called in our RSVP... and then I finally told the girls about our plans to go.  Sadie was thrilled.  She immediately began talking about getting dressed up to meet "princesses."

This morning the enthusiasm spread to Patch (who loves getting dressed up and loves saying "hi" to every woman we walk past when we're out with the stroller) and he was waiting by the door until it was time to go.

So we loaded up the stroller and were on our way: 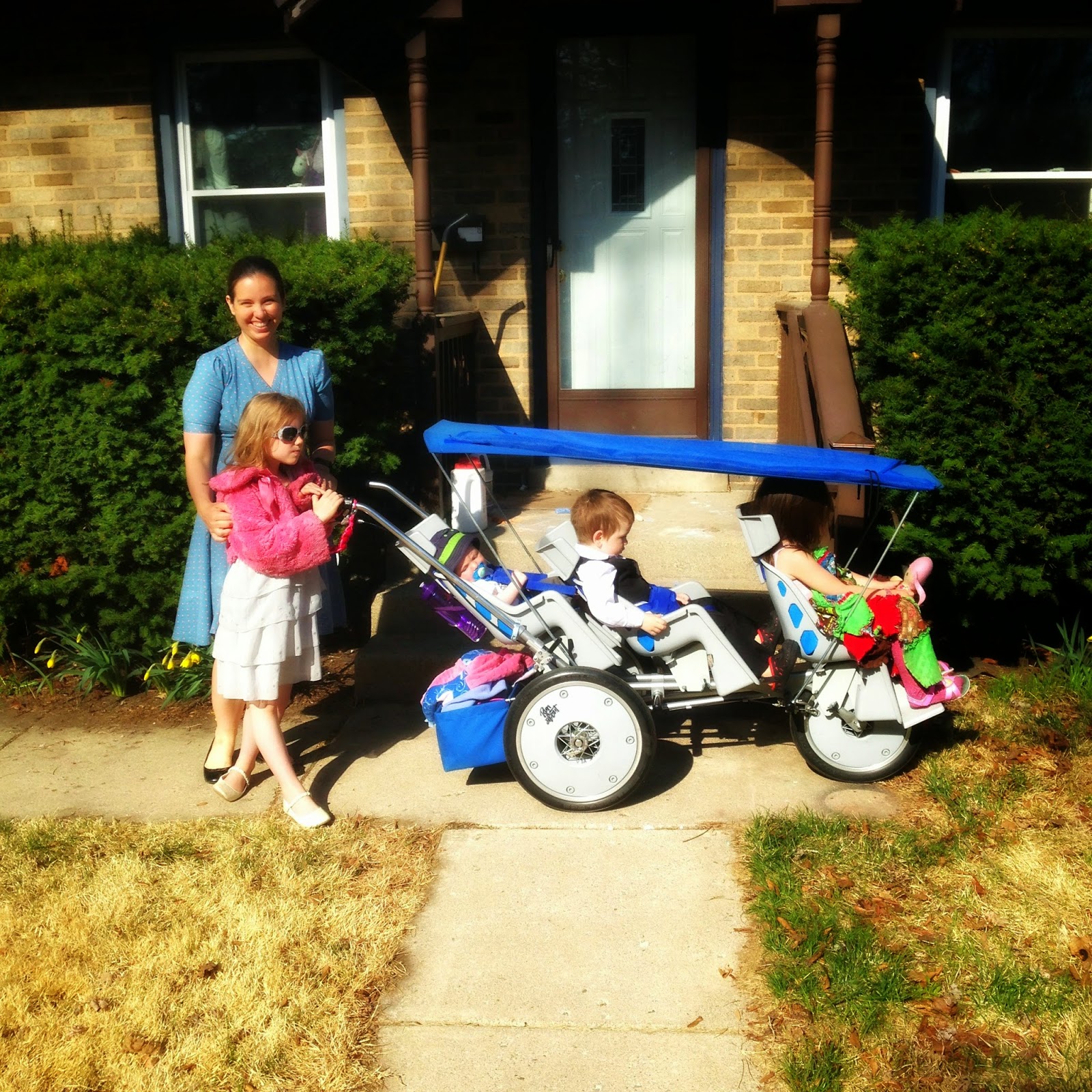 We were some of the first to arrive.  Sadie got her nails painted by Miss Sunrise Side: 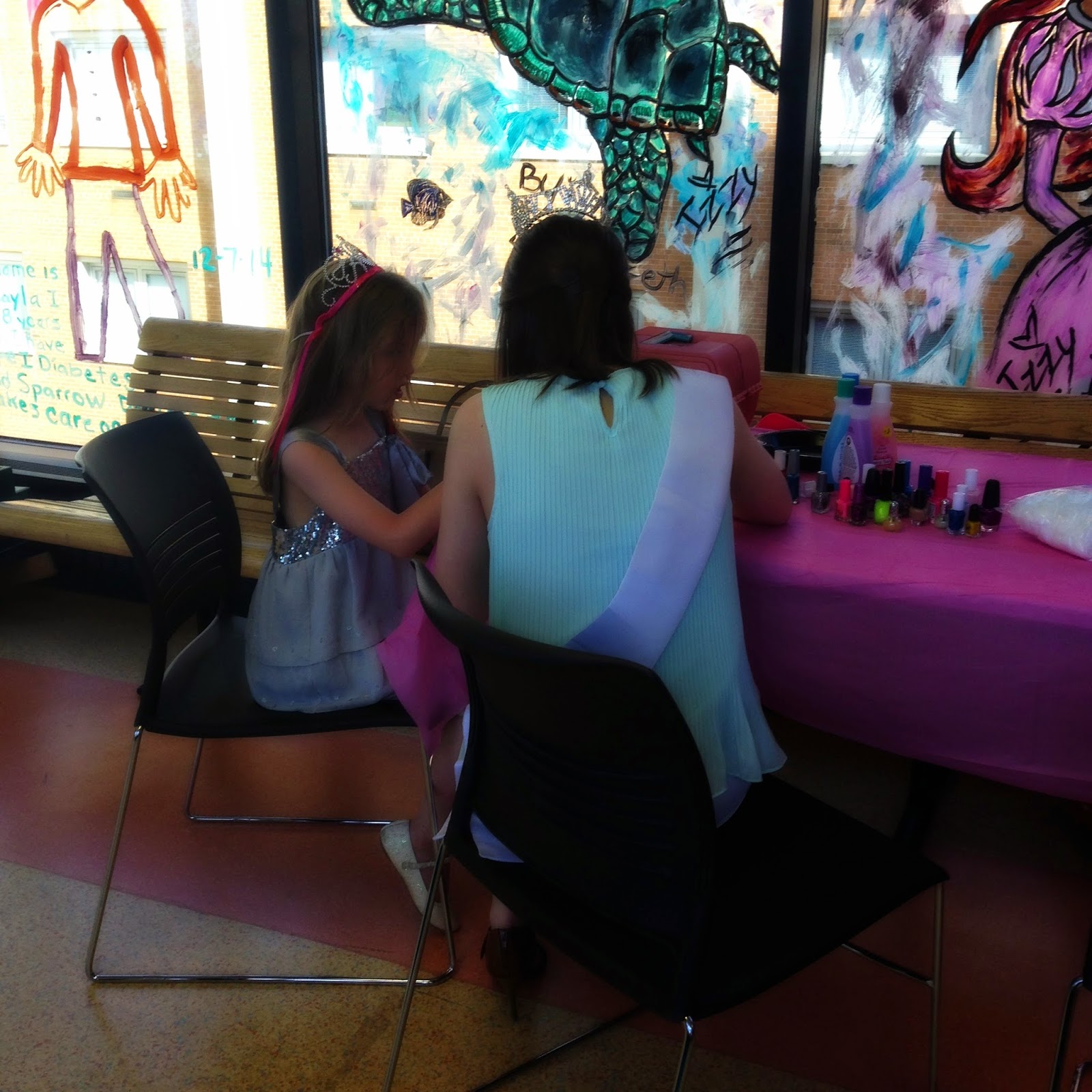 Patch was suddenly super shy.  But that didn't stop him from gravitating towards the bowl of beads.  This picture was snapped before he added another couple dozen necklaces to his ensemble.  Then I helped him return them to the bead bowl (he kept a few of his favorites). 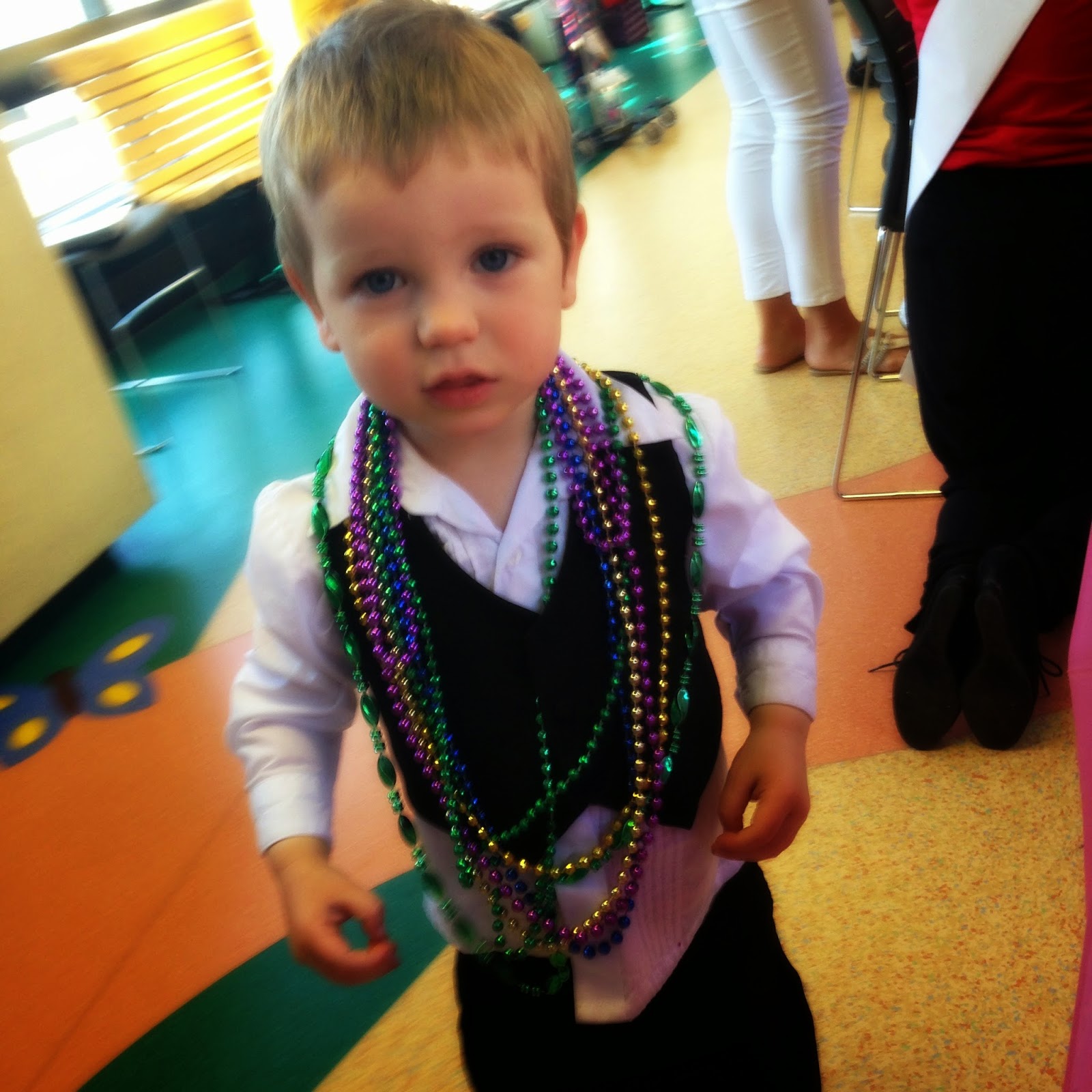 Sadie was thrilled to meet Miss Michigan when she arrived.  They even practiced a few ballet movements together: 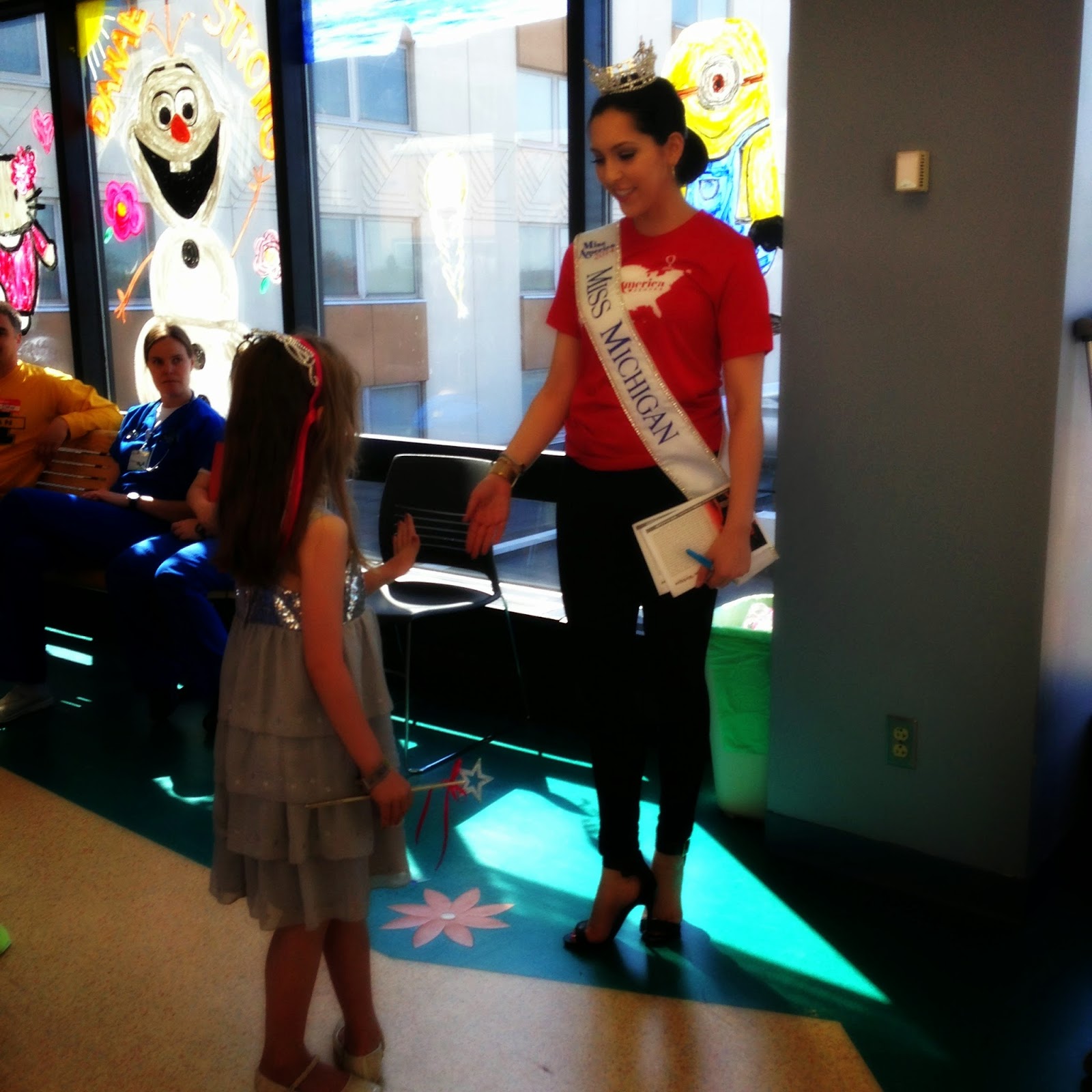 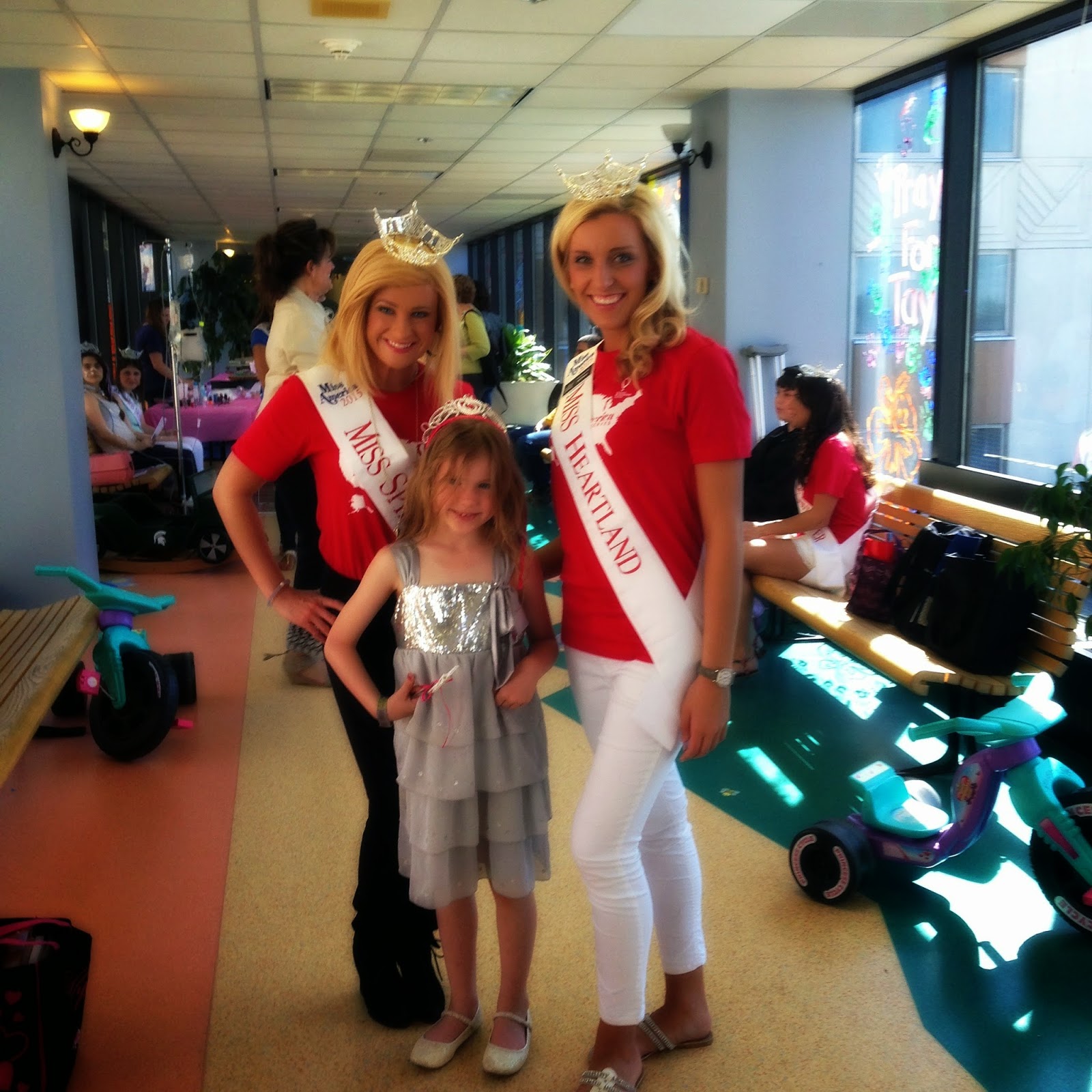 James ended up being a big Miss Michigan fan: 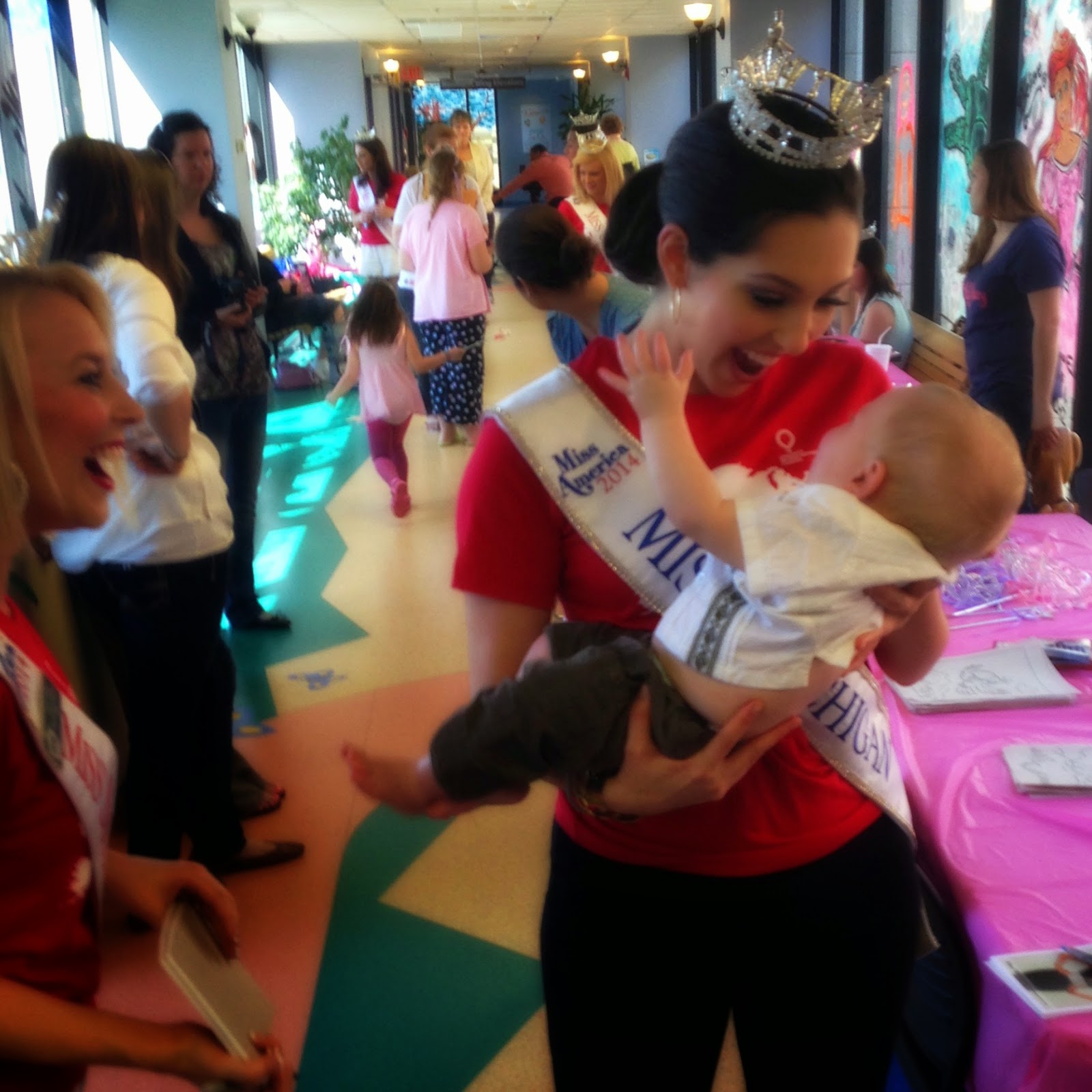 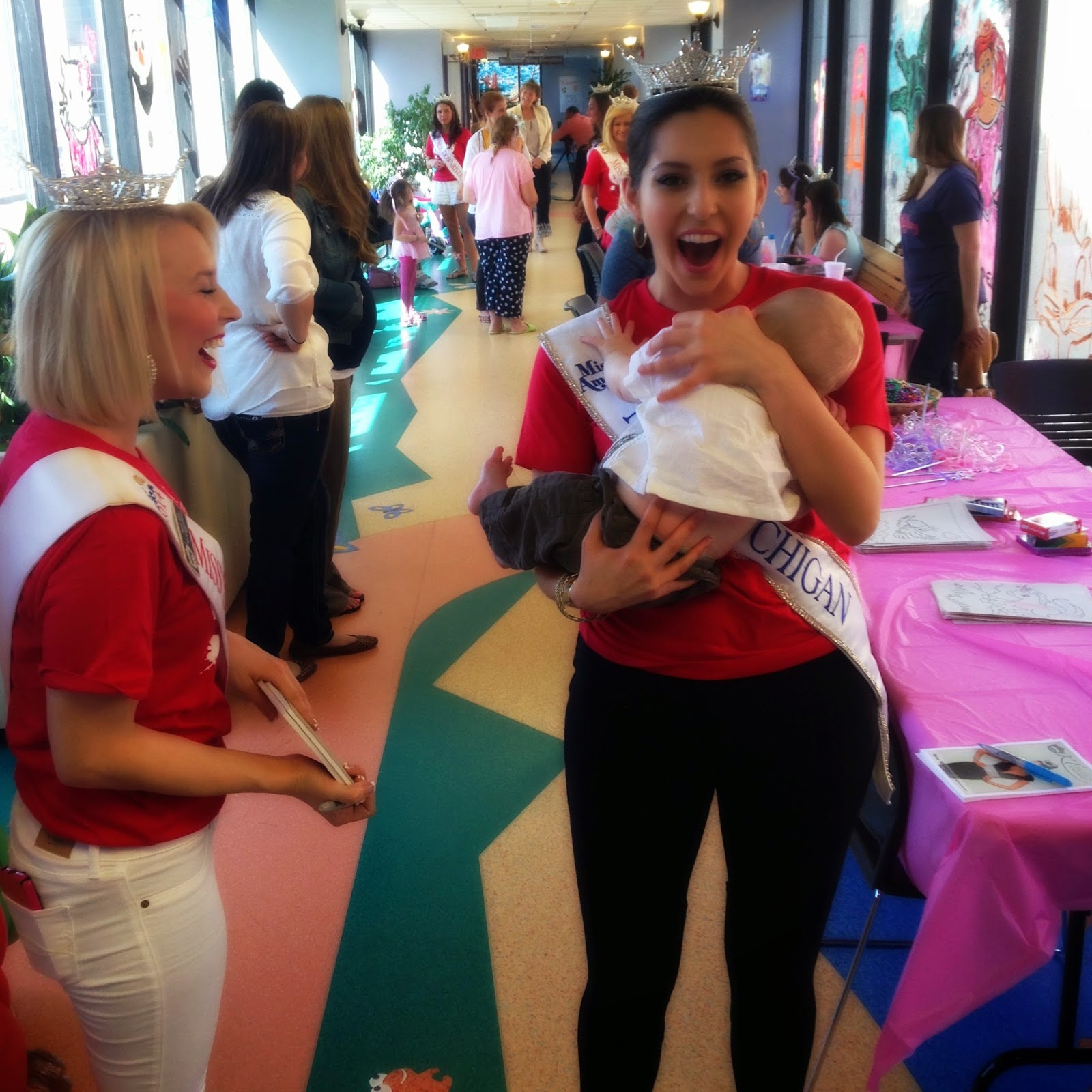 In fact, he was pretty thrilled by all the cuddles that he got by the end of the day: 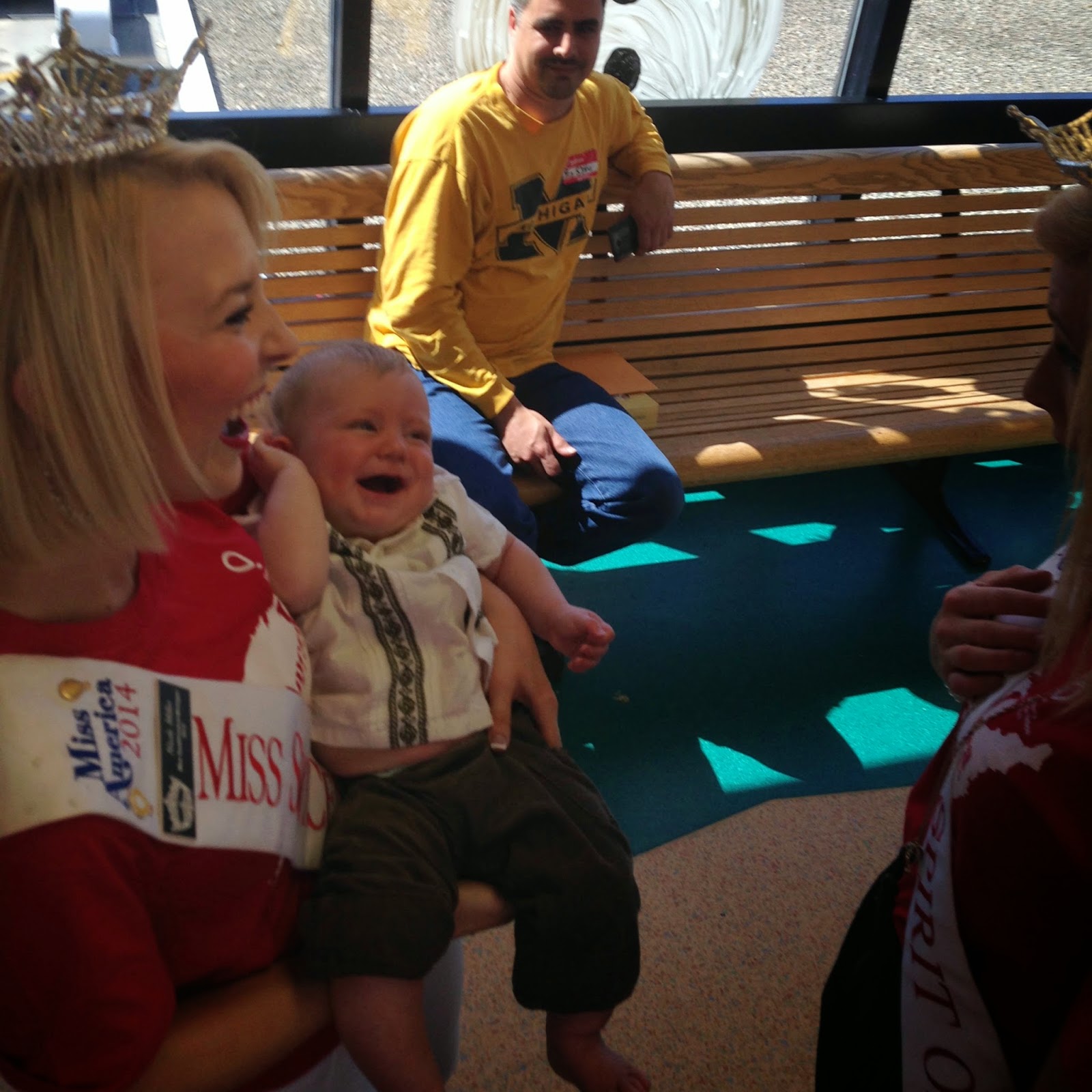 And Patch stayed pretty shy right up until the end when he finally went and sat next to one of Miss South Central Michigan. 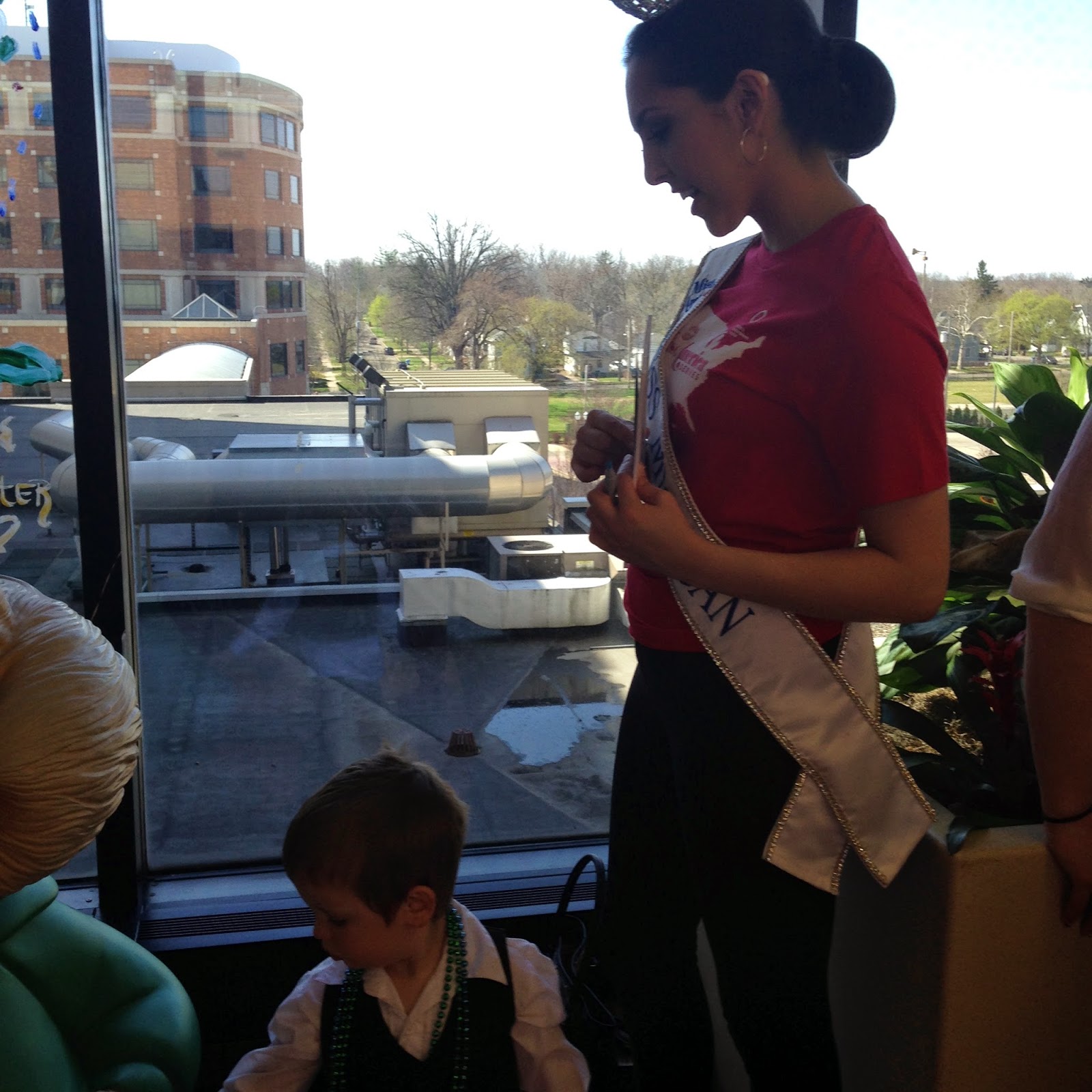 Even Maggie, who spent most of the time racing around taking in all the sights and sounds, slowed down long enough to sit and color with Miss Michigan and Sadie. 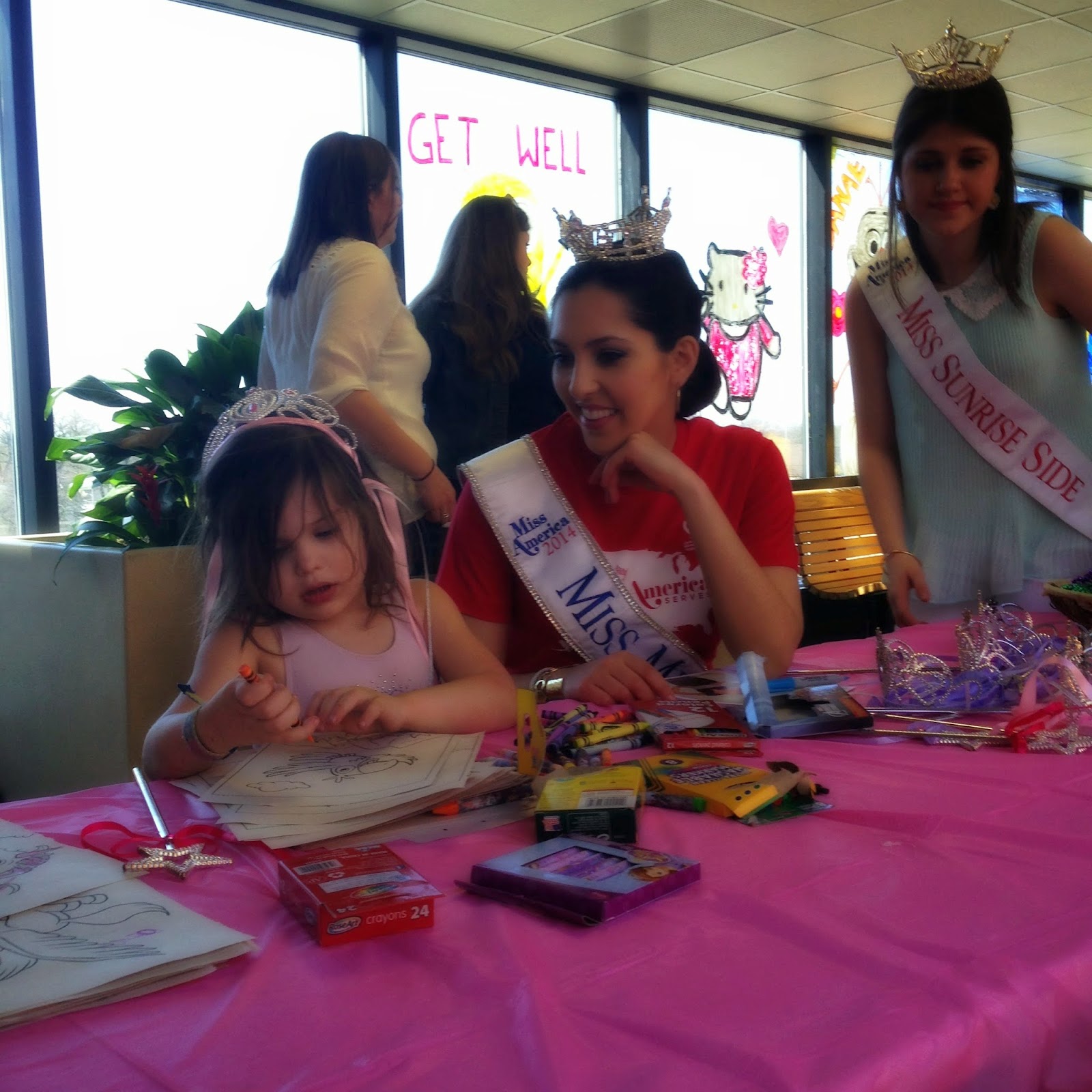 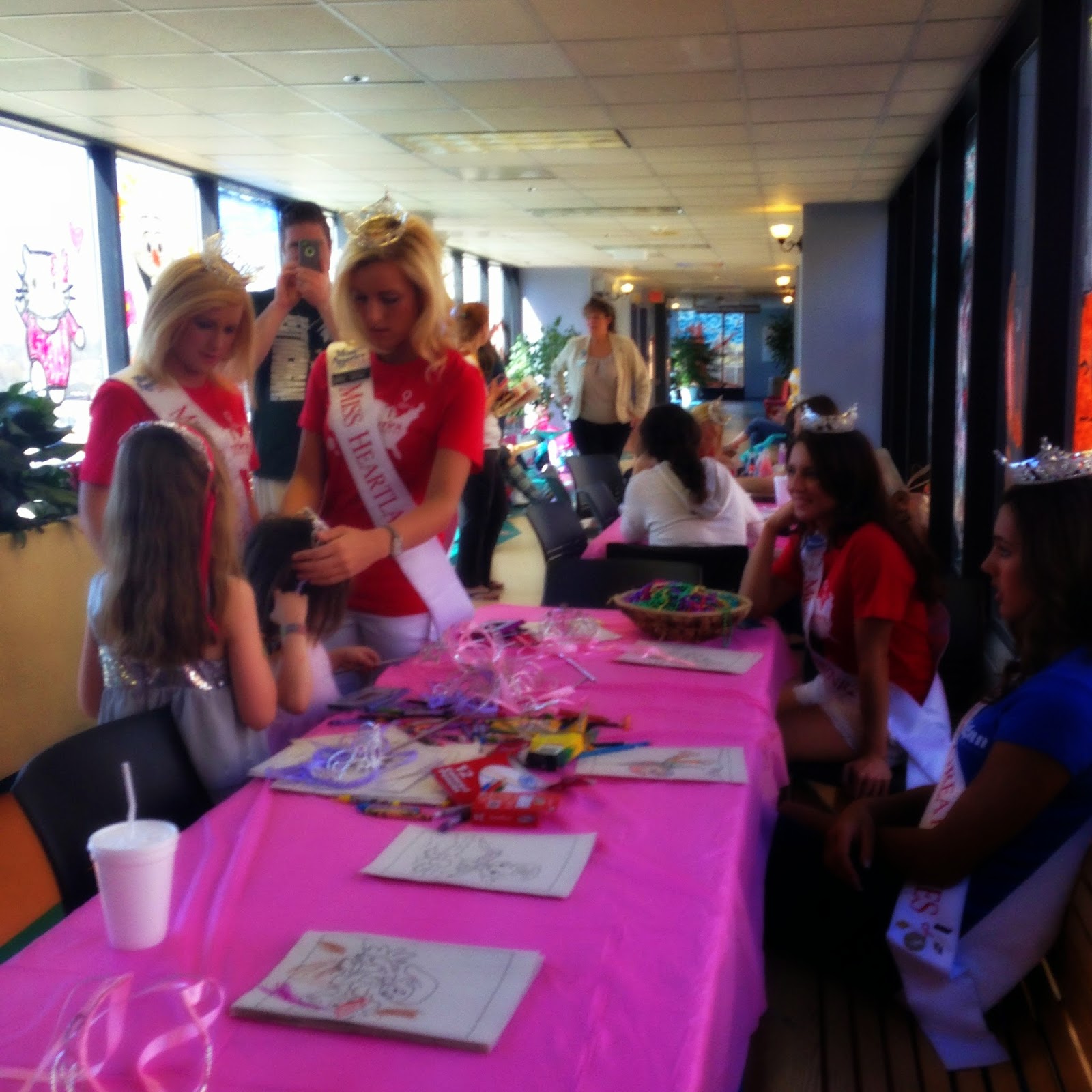 And finally it was time to head home.  All of the kids had a good time and all of the ladies were so good with all of the kids!
Posted by Cammie Diane at 9:34 PM