Today was quite the day.  And after thinking about why on Earth I'm writing it down I have to admit the answer shifts between, I have no idea and To remember how insanely hectic this day was someday when things are maybe a little calmer.

It isn't the Good Friday I would have planned if the past months hadn't been so hectic and I'd had the foresight to flip my calendar over, see the day that I knew was coming, fast approaching, and cut back on the therapy sessions that I could cancel... but it felt rather penitential all the same, perhaps because of the business.

The got off to a bang when I heard Sadie's little voice coming from her room at 5 am telling me that she was sick.  We found that the sniffle that we'd thought were allergies had turned into a fever and chills and very one sick little girl. 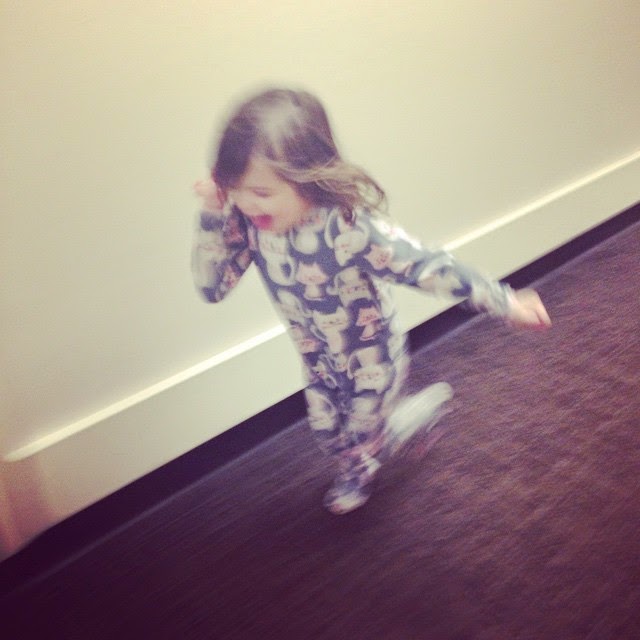 By 6:45 I had Maggie loaded in the car.  She wasn't a ballerina today, or a mermaid (which was rather shocking since it's nearly always one or the other).  She wasn't even a princess.  She was a cat.  In her cat pajamas.

So I carried her to the car and she meowed and giggled as we got on the road to the medical building where she borrowed my keys to try to unlock the door to the therapy room because she was so, so ready for OT.

Once the first therapy session of the day was over we hurried home to pick up Paul and the other kids and take him to work.  We dropped him off at work and drove across town to Mae's ABA center where she sprinted down the hallway ahead of her therapist without a glance back in my direction.  Then I took Sadie and Patrick and James back home to let Sadie rest and make lunch.

Patch spent the hour at home sweeping the same spot on the living room floor and trying to convince Sadie to join him in the fun and then we were back in the car to pick up Maggie and bring her home for a quick lunch.

The third time I loaded the kids in the car (an hour after we'd gotten home), I was incredibly thankful that we were going to get Paul so I wouldn't be loading or unloading anyone again on my own, and then we missed the road I'd planned on turning on, as I answered a dozen questions from Sadie about trains and train tracks.

I did manage to point out the time (it was 1:30 by then) and we talked a little about the Crucifixion before we arrived at Paul's office and stopped the car to call him and tell him we'd arrived.

After our detour we picked Paul up and I reminded him that he was taking Maggie to speech while I was at the neurologist and I explained which therapy center he was going to, which door he would be taking her into and where to go from there. 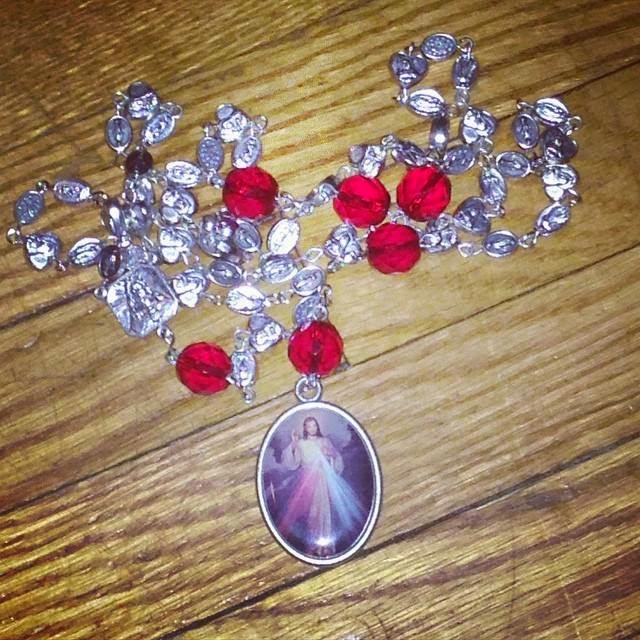 Then they dropped James and me at the giant building the neurology department calls home and I found my way to the right office and handed over the giant pile of paperwork that I'd managed to fill out sometime during the rush of the morning.

Finally it was time for the appointment.  After half an hour of talking with two doctors they ordered one more MRI and said that they felt that the vertigo and hearing loss are an entirely separate issue for the ENT to figure out, but that the migraines need to be managed (they think postpartum hormones are the cause of the increase in the number and intensity of them) and that at this point (because James is still nursing) and they think magnesium would be the best option.

Since Mae's therapy session was still going on and Paul wasn't answering his phone, I set out with James in the Moby and made it a little over a mile before we saw our van at a stop light and Paul pulled into a parking lot and picked us up.

We'd barely walked in the door when the phone rang and it was the radiology department calling to schedule the MRI for tomorrow morning at 7:30 am.  I was pretty thrilled that they could do it at a time that wouldn't require any childcare shuffling (and to get it out of the way so quickly) and after a quick dinner and some play time Maggie and Patch went to bed.

A little while later I heard a scream and went upstairs to find Patch with a cut above his eye and a bloody nose.  Apparently he'd had some sort of a run in with the dresser (I don't even know.  I just don't.  I do know that the dresser drawers were open and he appears to have hit a corner of one of them).

Finally he was cleaned up and settled back into bed and I went downstairs to watch The Gospel of John on Netflix with Paul (or at least, the first hour of it) and reflect on a day that didn't go exactly as I might have wished, but that somehow seemed appropriate (in it's own way) for Good Friday, all the same.

And when the house was finally quiet I finished the chaplet I'd been working on, just in time to begin the Divine Mercy Novena.
Posted by Cammie Diane at 10:29 PM