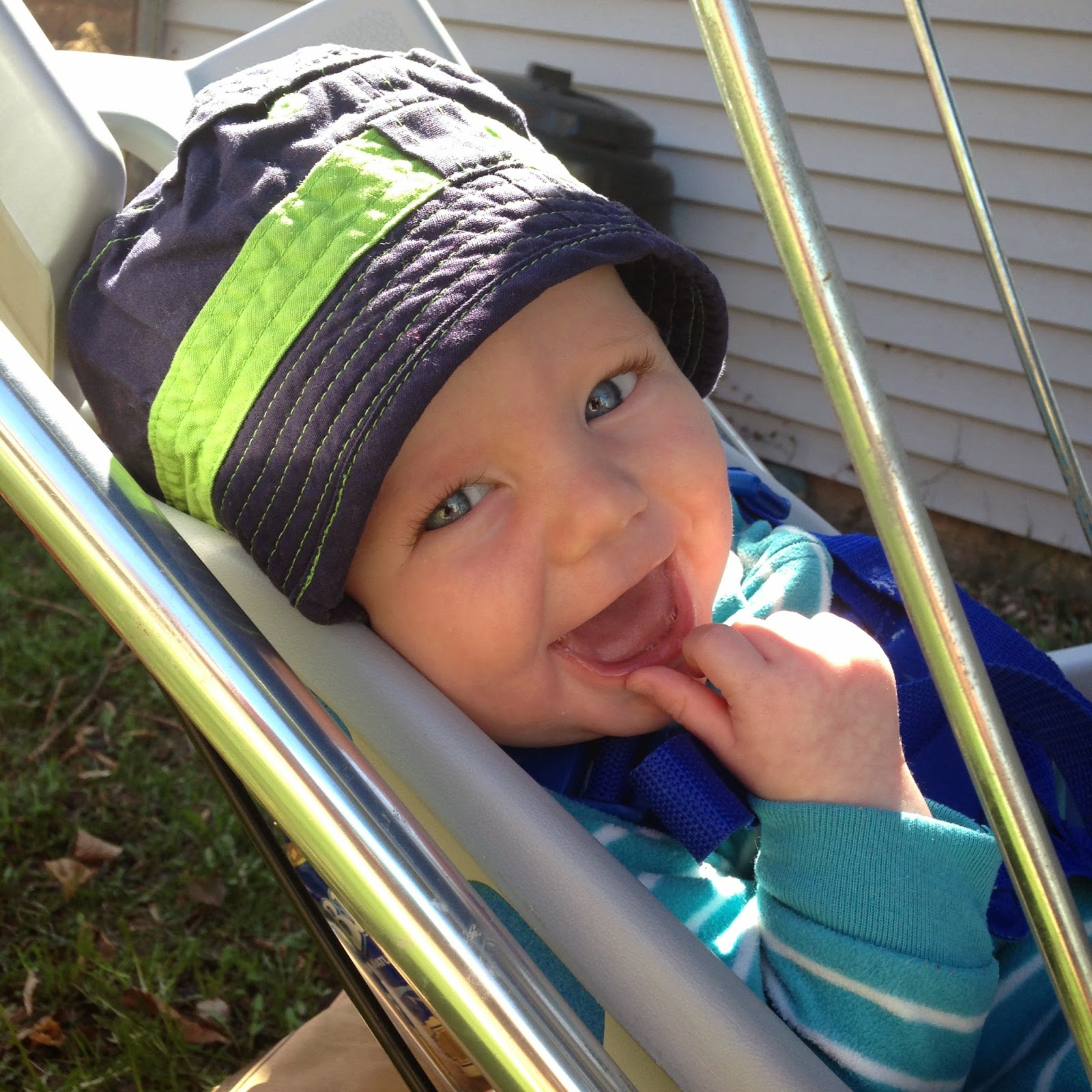 I have a love hate relationship with the ASQ.

It's mostly a hate-hate relationship.

I mean, logically I get why it's important.

I get why the kids' pediatricians office has us fill them out.  I know that the checklist is useful in identifying developmental problems.

But that doesn't mean I look forward to it.  Checking "not yet" over and over again gets depressing really, really fast.

It's the opposite of the twice a year therapy evaluations where we look at how far Mae has come and all the things she can do and is working to do.  It can feel like a giant list of can'ts.

At least I wasn't worried until I found myself scrolling along on Facebook and started to notice that all the babies that were born after he was born here doing things that he isn't even near doing. 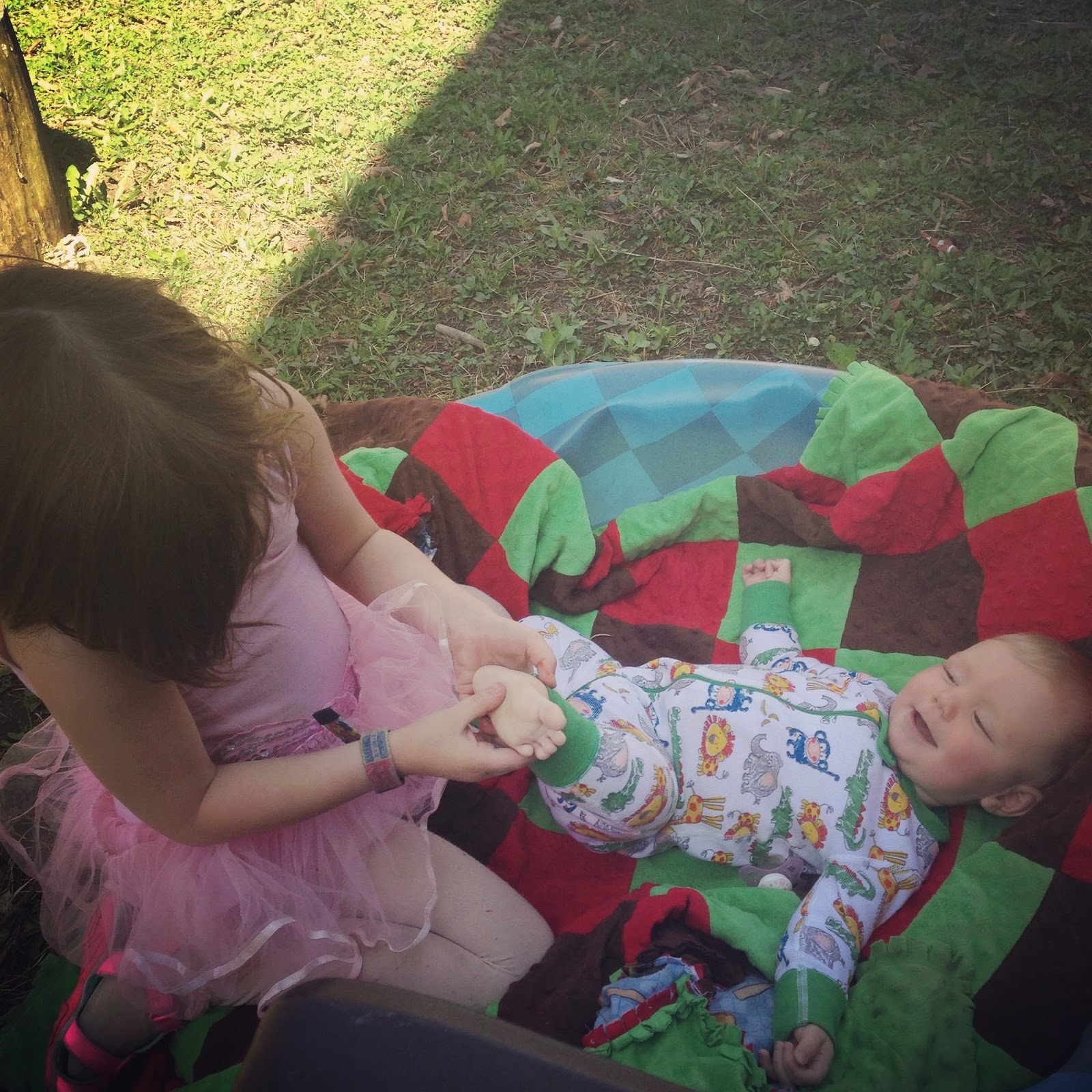 Then I went back to the mantle and found the envelope with that Ages and Stages Questionnaire in it and ripped it open and ran my finger down the list.  Yes, yes, yes, sometimes, yes.

He was already having quite a bit of tummy time but suddenly James found himself in baby boot camp.

What kid, you think ten tummy time sessions in one day is enough?  Push that little chest up off the ground or roll over and we'll talk about taking a break.

After two weeks of super extra tummy times I spoke with two of our OTs, beginning the conversations with the question: "If there were a six month old that got almost all "not yets" on the ASQ do you think the doctor would hold off and see how things go, or do you think they'll order testing right away?"

After answering a few more questions on what's going on, the general consensus is that physical therapy is very likely to be ordered right away. 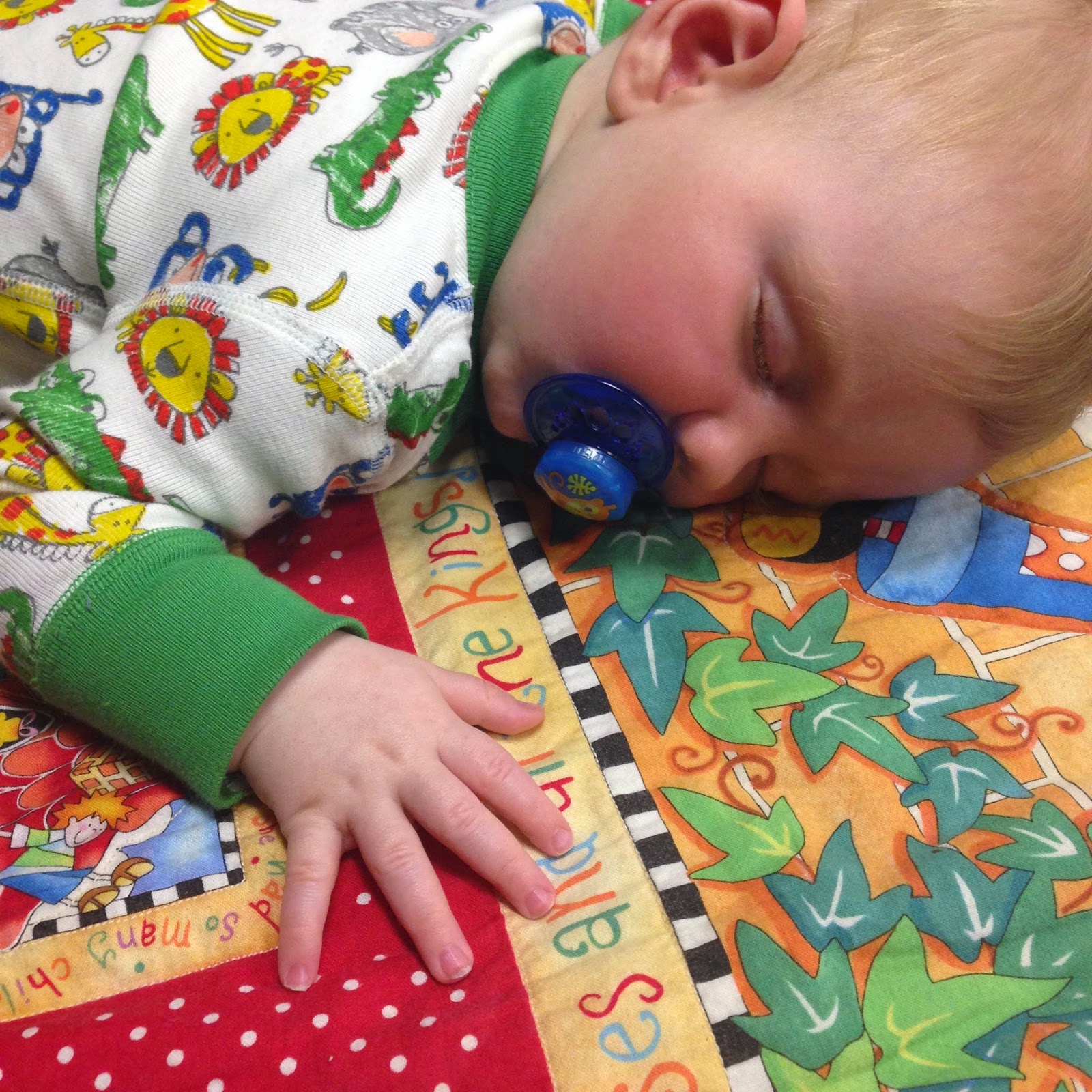 Thankfully we already have quite a few supports in place, so today at a Early On activity I was able to ask even more questions and when Patch has his Early On appointment next week I'll ask about setting up an eval (James also has his pediatricians' appointment next week), because he's not rolling all the way over on his own, or pushing his chest up off the floor or putting any weight on his legs (they're seriously like jelly when I try to get him to stand).

He's social and friendly and smiley and happy.  He's just also kind of floppy (enough so that I've started to think of him as "Floppy Baby" instead of "Grumpy Baby.").

I'm not worried at this point.  If there's one thing I've learned in the last year and a half it's that early intervention can be huge and we're certainly catching on that there may be red flags early this time.

So now to gear up for another week of appointments and days of Super Tummy Time for the tiniest member of the family.
Posted by Cammie Diane at 10:31 PM