I'd prayed that this week was coming.

In the past I'd noticed that when we had really, really rough periods of time they were often followed by huge leaps forward in development for Mae.

The last month has been tough.  Through it all I kept telling myself that we must be in for some sort of milestone in the near future.

But as one week turned into two weeks and then three weeks and finally a month passed I began to feel less confident about what was going on.

On Monday I wrote about how Mae was wearing jeans.

Today she showed one of her therapists a hair tie.  After her therapist showed Maggie her (the therapist's) hair pulled back Mae finally held still while her own hair was pulled back into a pony tail. A few minutes later when the hair tie fell out she let me put it back in a little tighter.

It had been two years since Mae has tolerated any sort of hair tie in her hair.

I snapped this picture about four hours after putting her hair up: 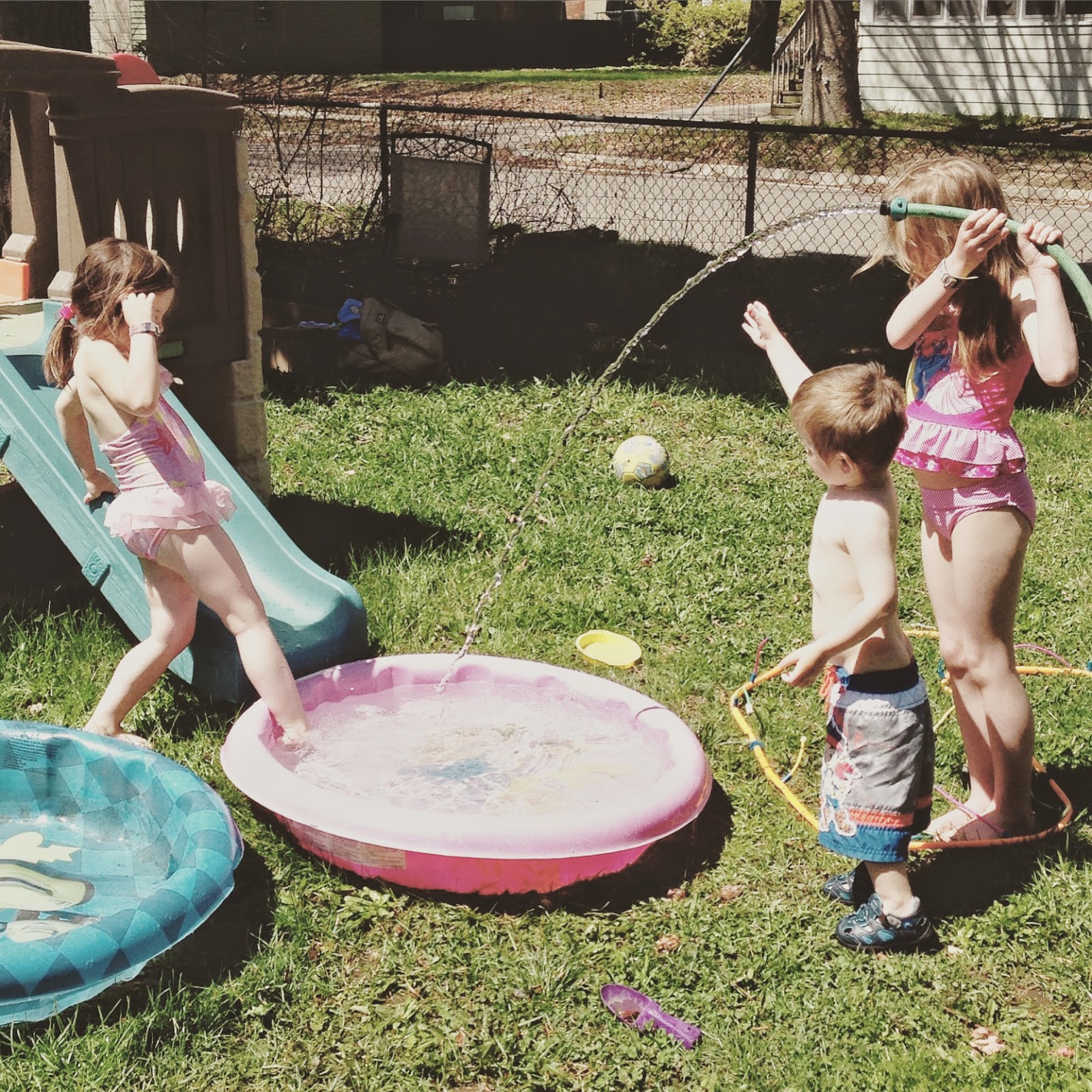 But the day was still young and Mae had another surprise in store for us.

Today we were celebrating Sadie's Name Day (for her middle name, since there isn't a feast day for her first name) and she said she wanted "a feast."

She settled on helping me roast three Cornish Game Hens that I had found on sale a while back and had kept in the freezer.

I knew that Sadie would eat a lot, that Patch would eat a little and that Mae would likely to refuse to touch the meat portion of dinner.  She'll usually only eat meat if it's bacon, and more recently she's tried small amounts of hot dogs or pepperoni, but usually won't go near meat that isn't totally processed (which means that for the most part she doesn't eat much meat).

She was fascinated when she saw the roasted bird and immediately started poking at it.  And then she tasted it.

The next thing I knew she'd eaten a drumstick and was hard at working polishing off most of the bird by herself (they're small, but not that small!).  I was giddy and didn't mind having something else so that she could have as much as she wanted!

It's Wednesday and Mae's worn jeans, worn her hair in a pony tail and tried a new food.  I can't wait to see what the rest of the week holds!
Posted by Cammie Diane at 10:00 PM