Today the chill was completely gone from the air and it really felt like spring.  And so we made the most of it and spent lots of time outside.

We started the day with Mass.

And since I'm joining in the WIWS fun over at Fine Linen and Purple I'll show you what we wore.

I wore one of my favorite dresses with a little shrug that was part of a bridesmaid dress that I wore when I was pregnant with Patch, along with the Moby wrap.

I think that my blue wrap is quite a bit more stretchy than the red one because I wrapped it the way I always wrap the red one but by the end of Mass James was much, much lower than he should have been: 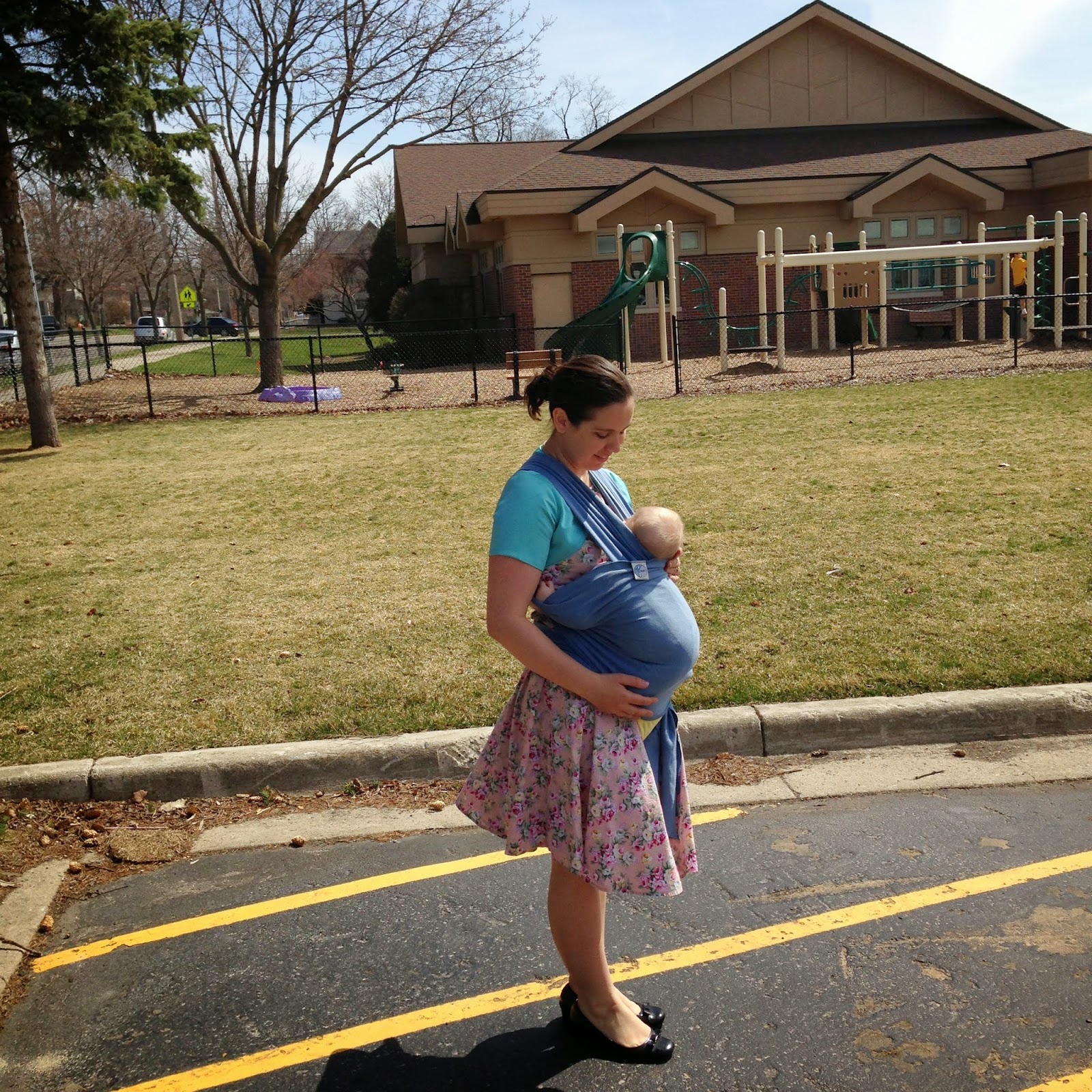 Sadie wore a smocked dress from Thred Up that she picked out for herself this morning.

Maggie... wore a tutu.  Which I'm pretty sure is a sign of how exhausting this week had been, because I just wasn't ready to deal with the hour of tears that getting her into any other outfit would have entailed.  But at least it's not a bathing suit, right?

Patch wore a sweater and jeans.  I don't really worry about finding dress pants for him since he's in the carrier for just about all of Mass and you can't even see what he's wearing.  And Paul wore him today which made Mass much less of a workout for me.

And James wore a little 9-month ducky outfit.  I cannot believe how big he's getting: 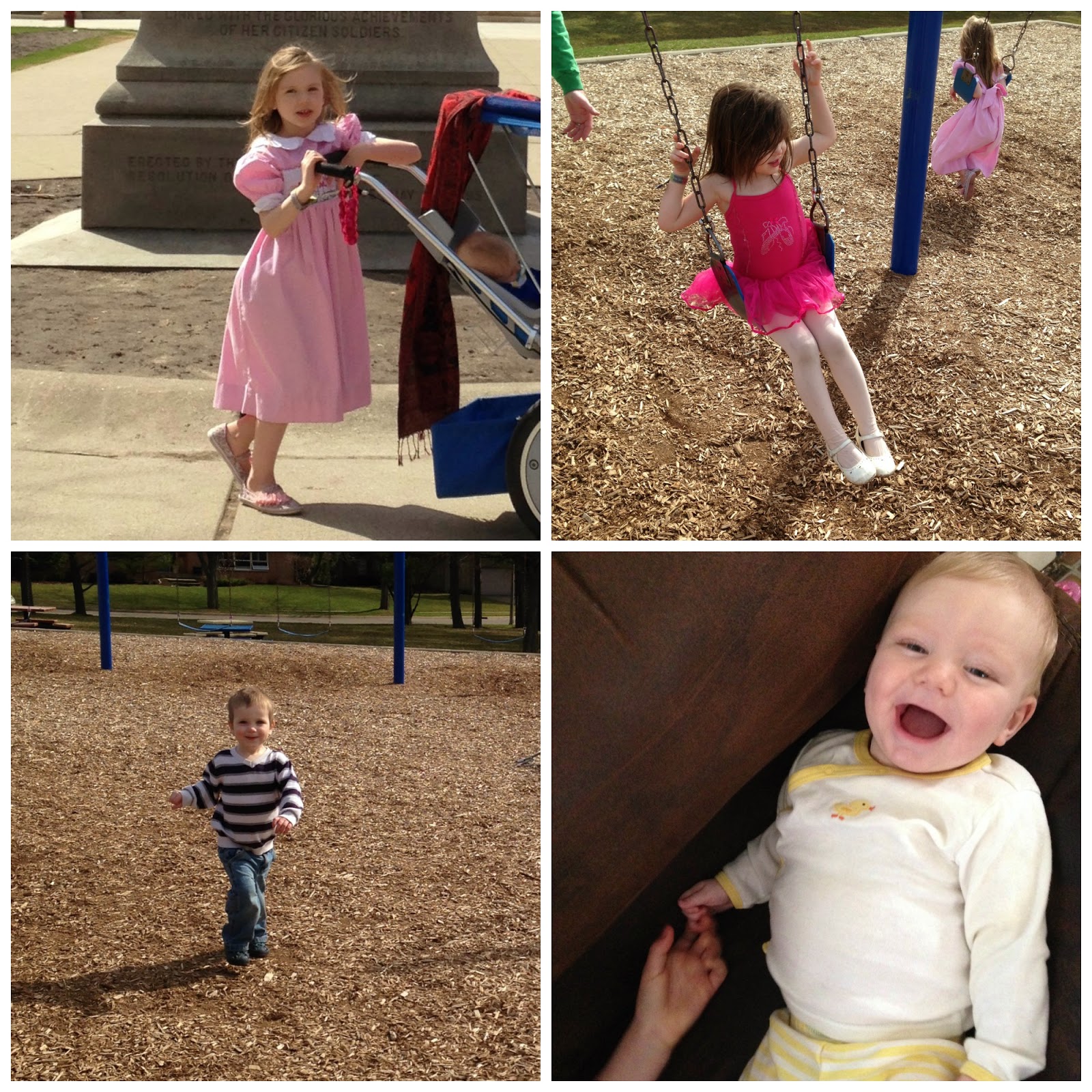 After Mass and lunch I took the kids and went on a walk.  And as we walked I snapped pictures of some of my favorite things that we saw on our walk: 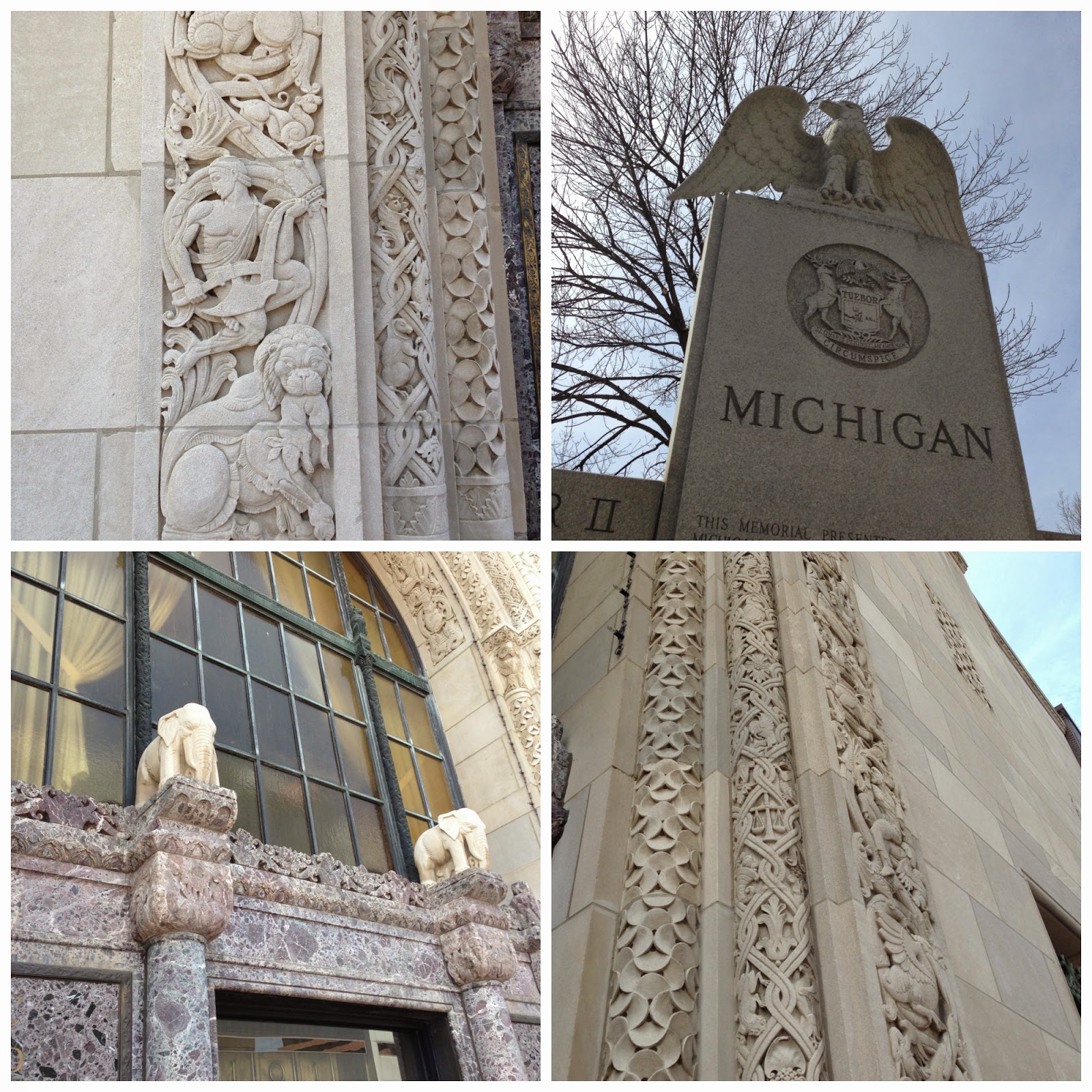 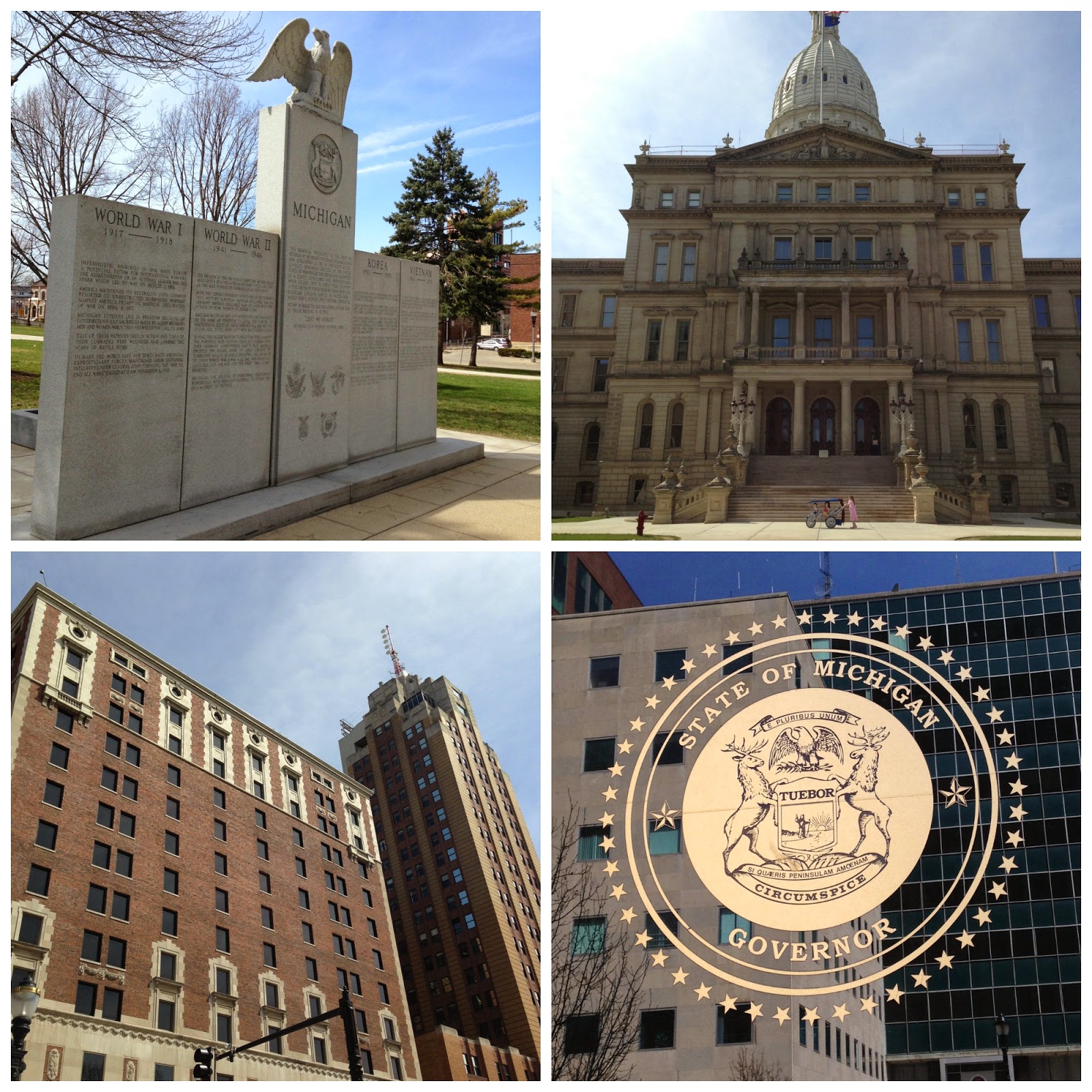 I had to include this picture because when Patch saw this statue (of the man who was the governor of Michigan during the Civil War) he started pointing, laughing hysterically and shouting "Daddy!  Daddy!" 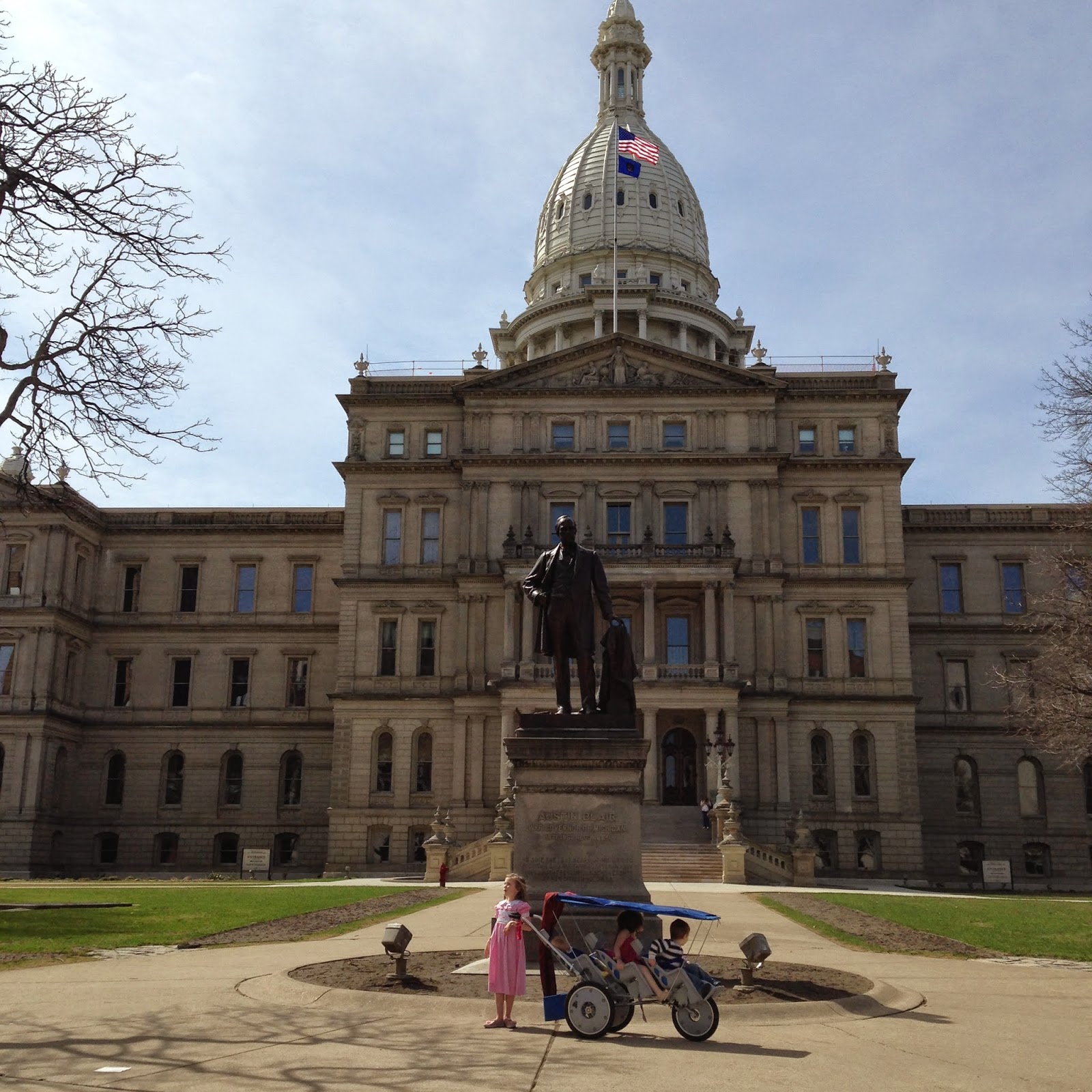 Patch is quite the character.  When we're driving in the car, anytime we come to a red light he shouts "No Daddy!  No!"  or "Goooo-eeeee!!!!!"

So perhaps I shouldn't be surprised that this was his reaction when he came to the conclusion that Mae's foot was too close to his seat on the stroller.  You can't tell, but she was laughing... hysterically: 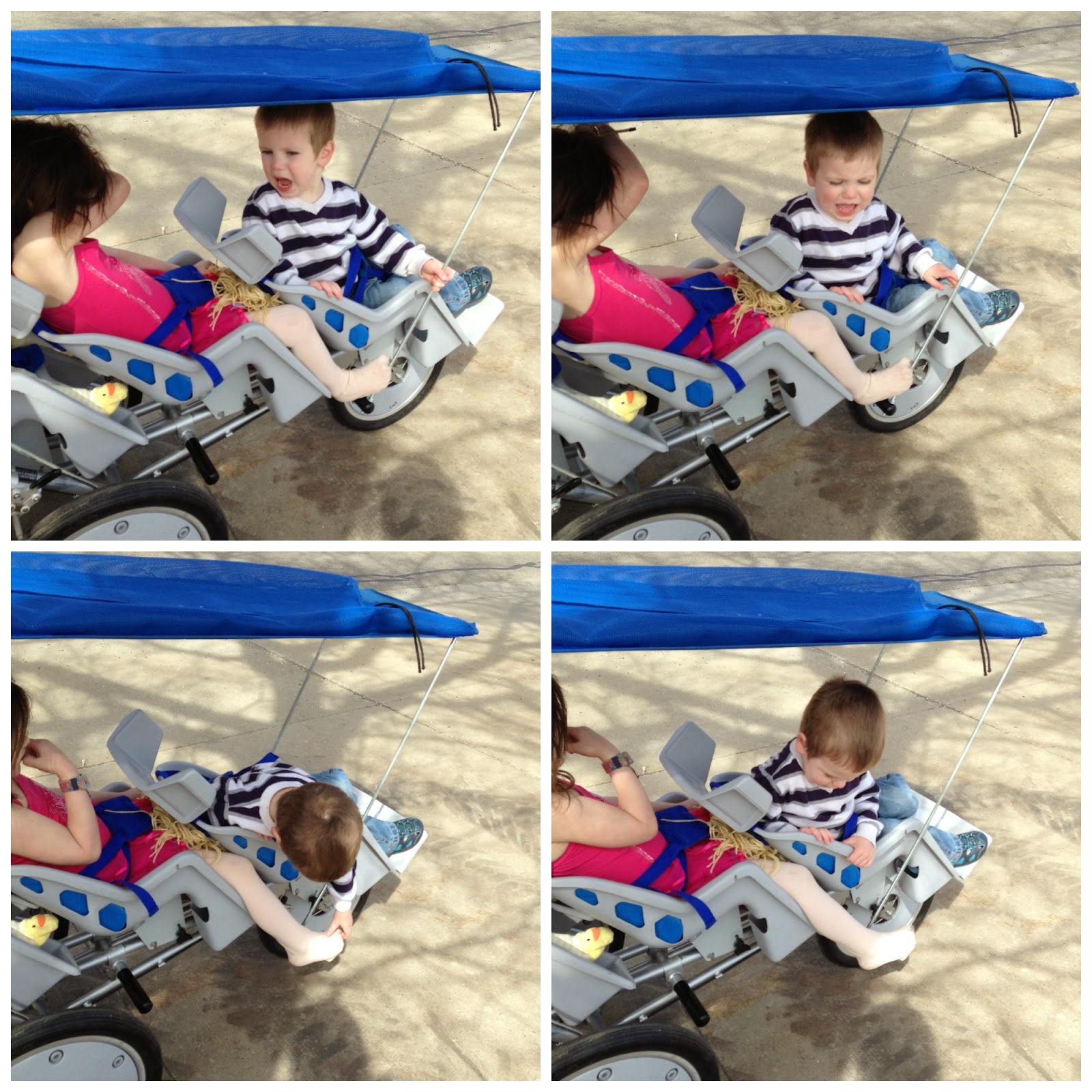 After we walked home Paul and I took the kids to one of their favorite playgrounds: 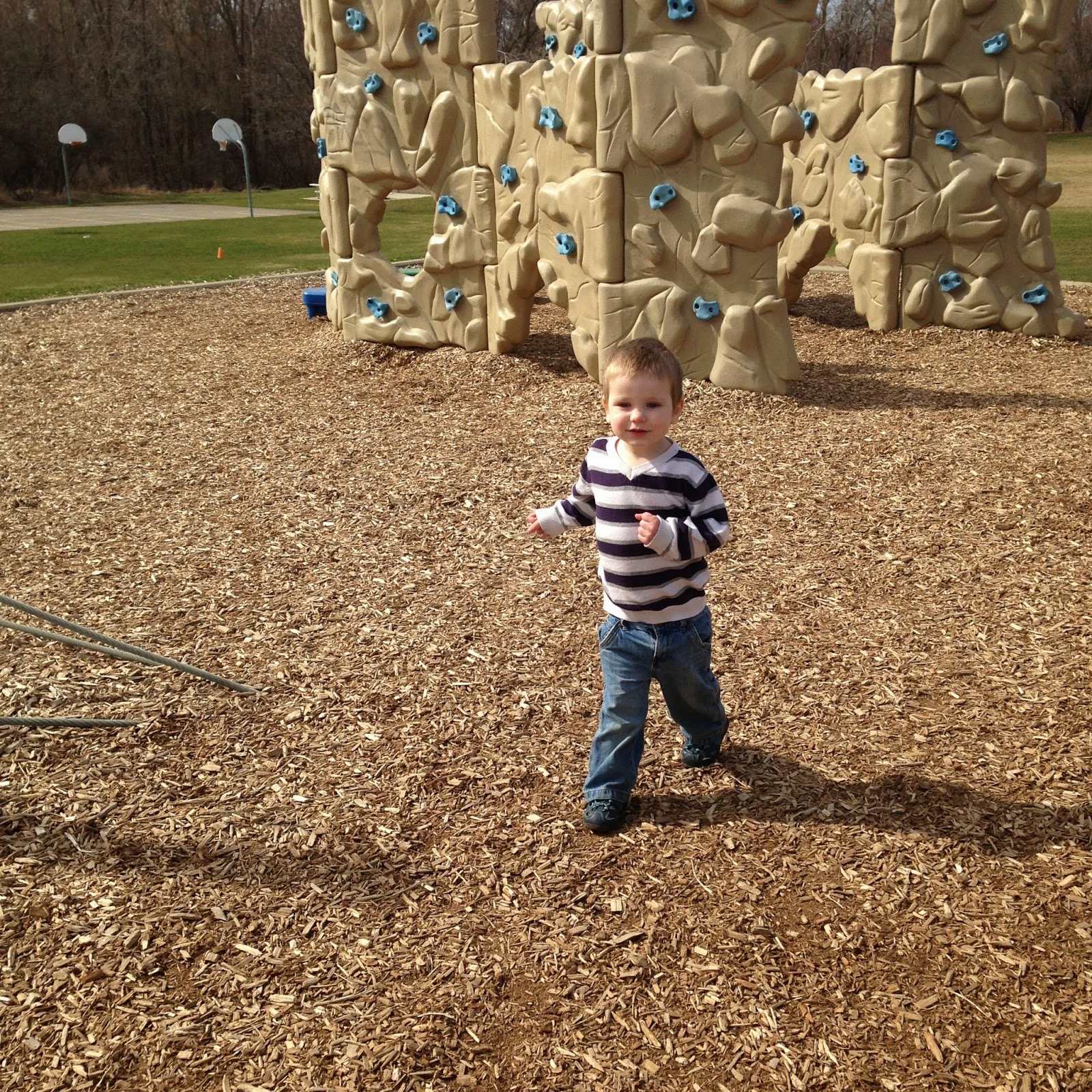 They had a blast: 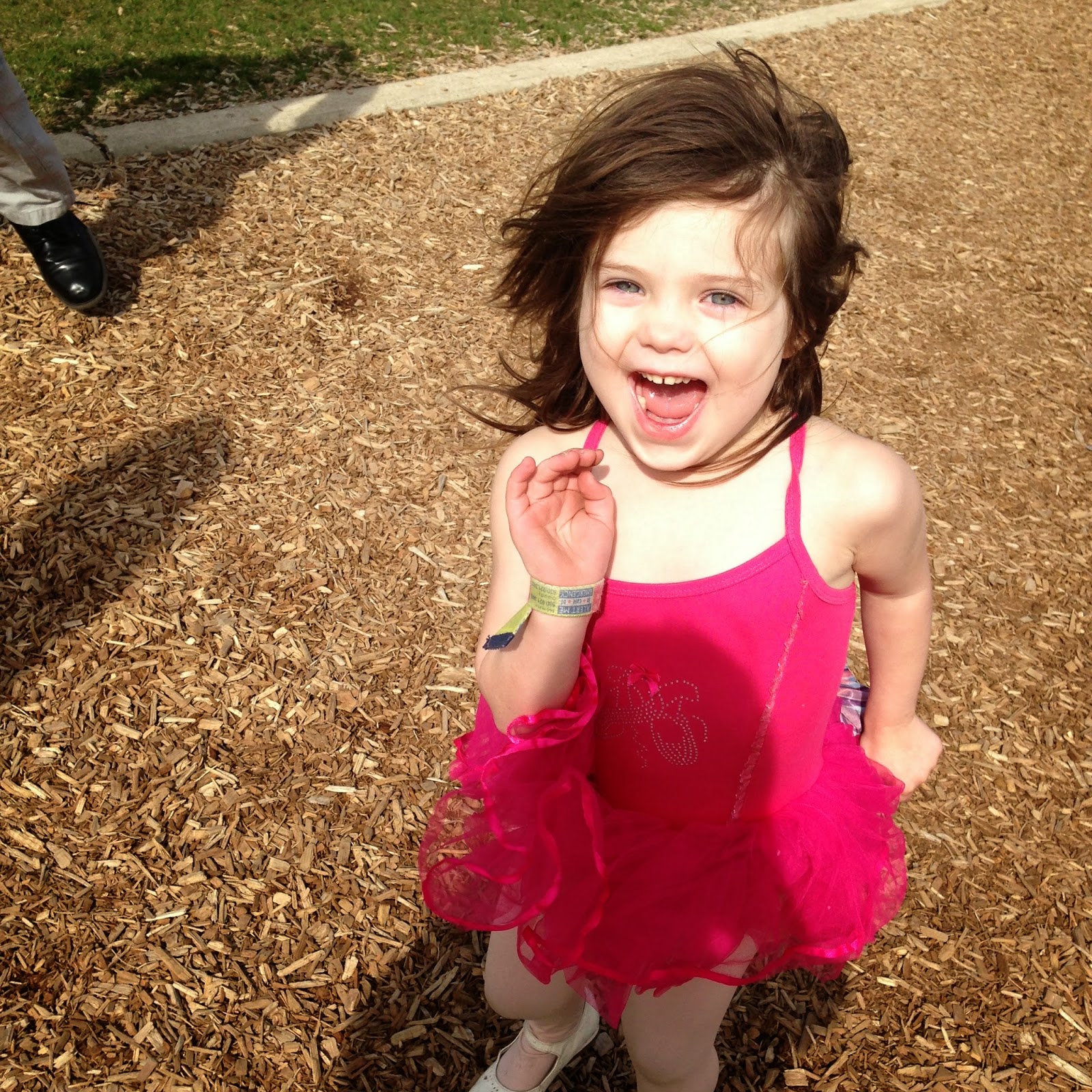 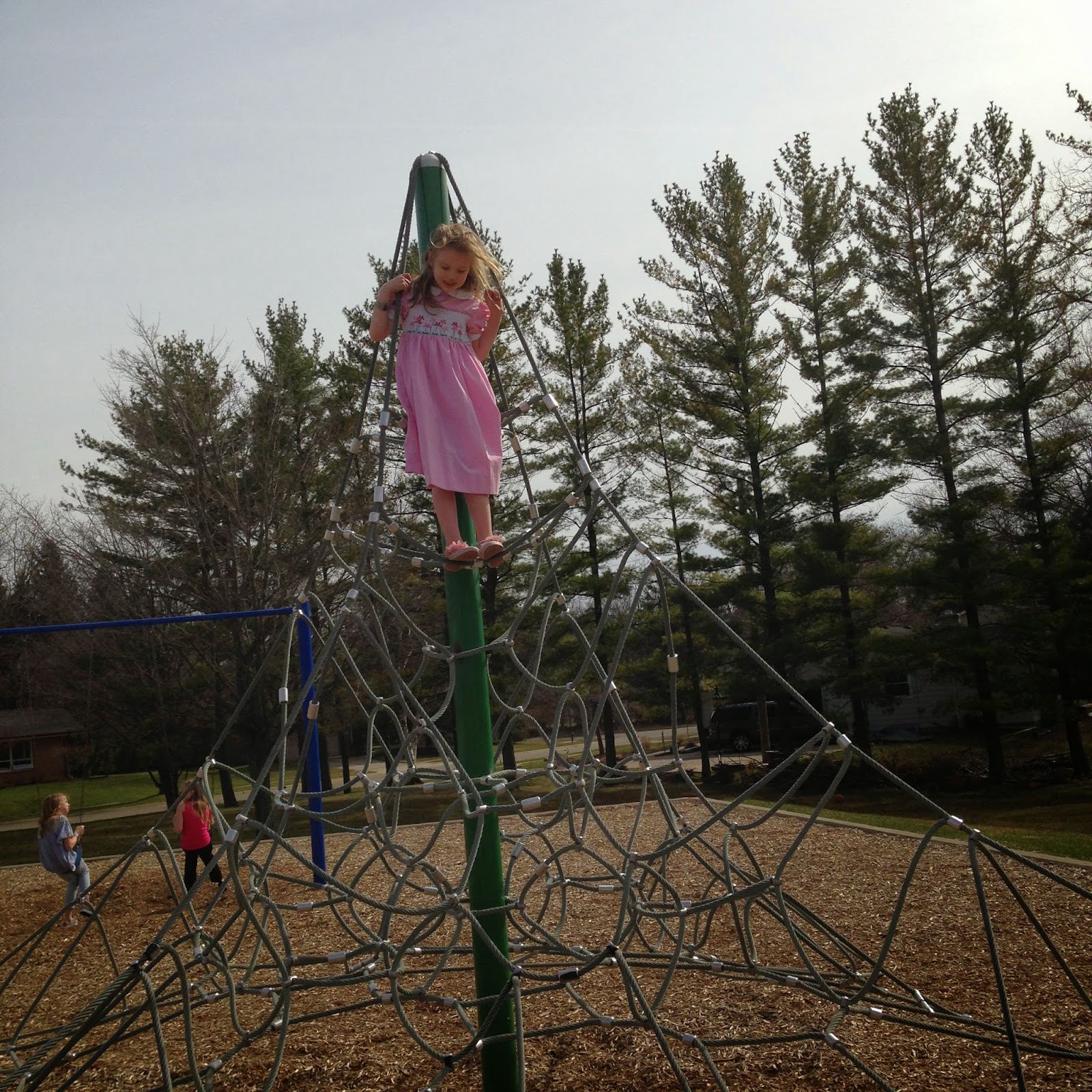 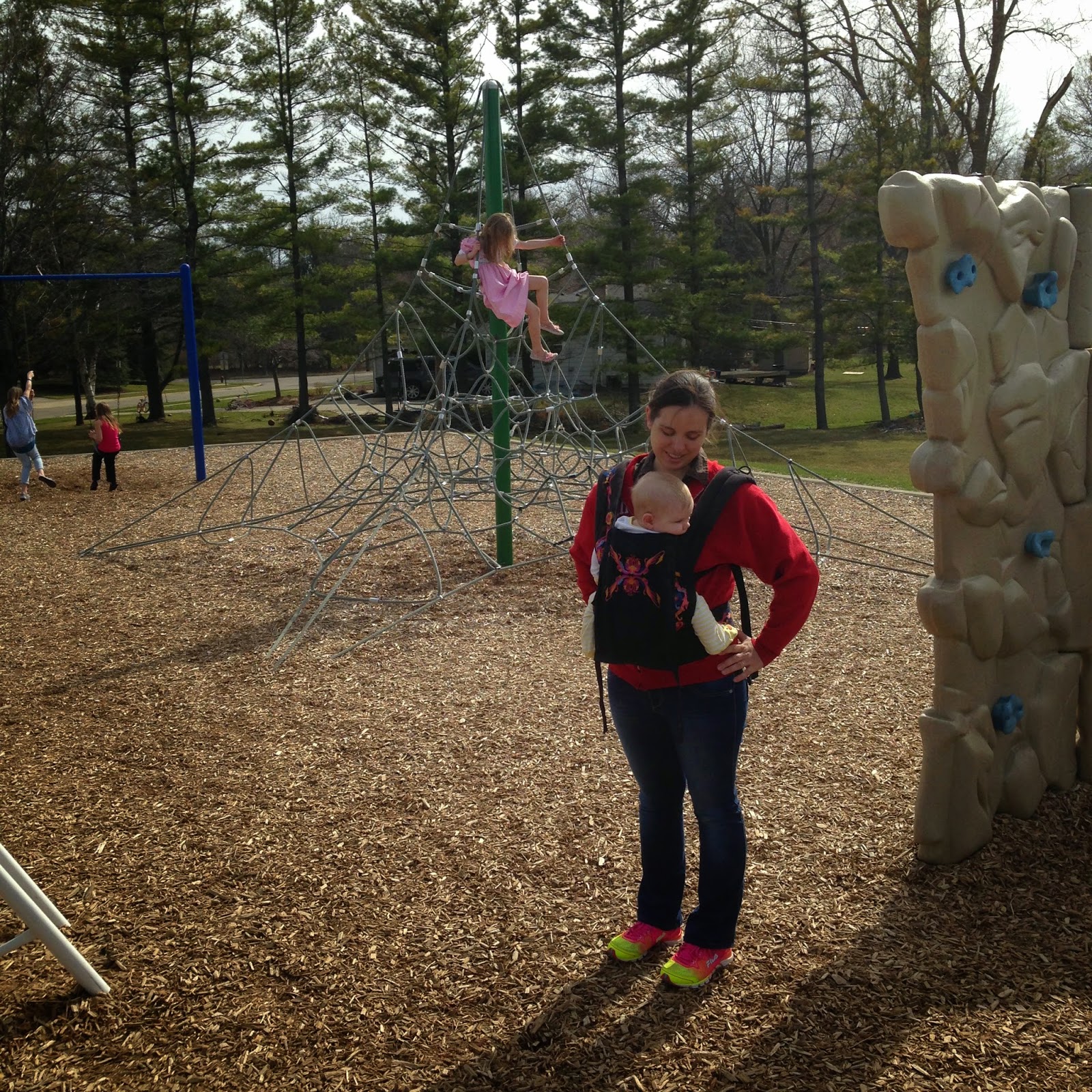 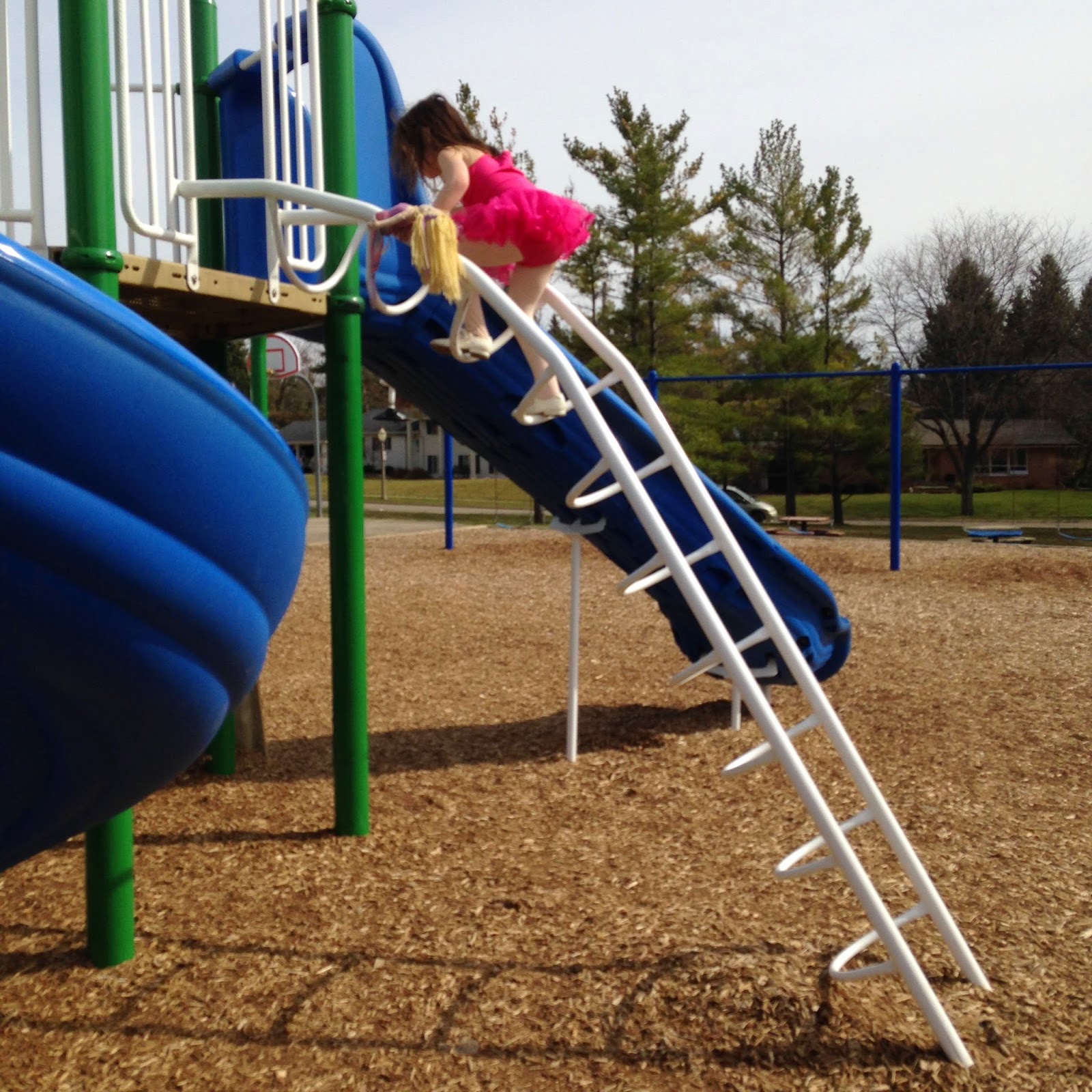 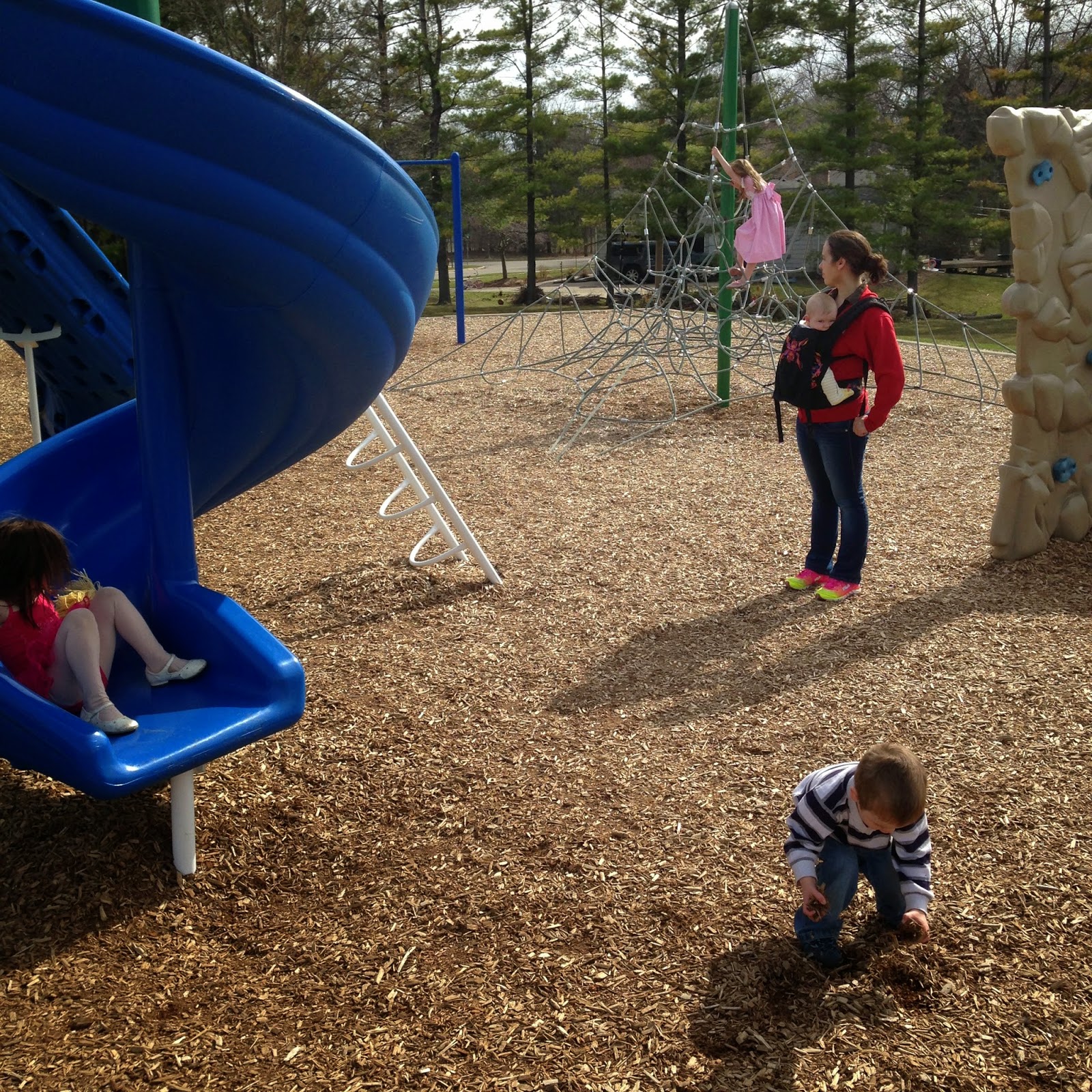 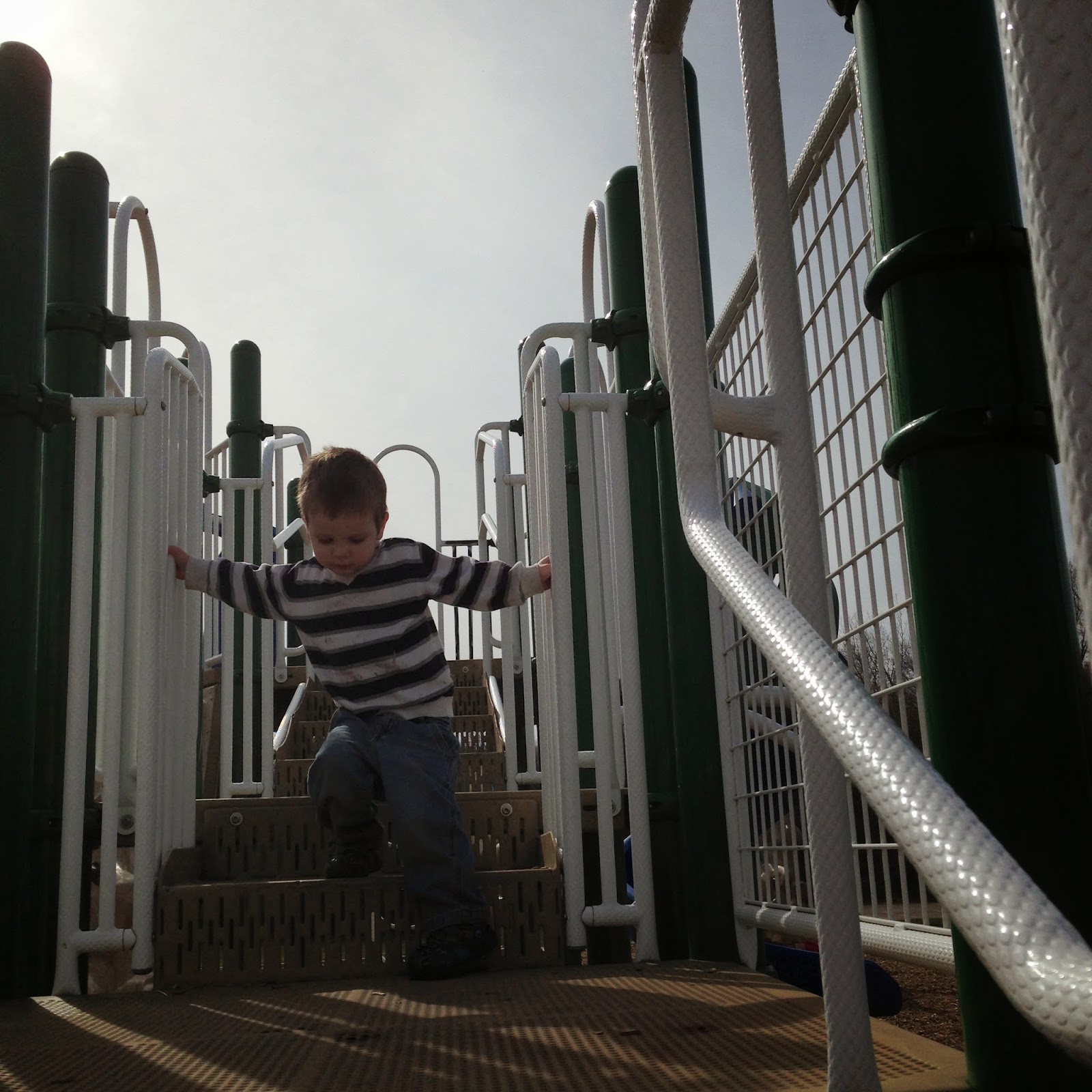 And then it was time to head home.

Once we were home I snapped this picture.  James hair is kind of still looking red (it's been looking more and more golden lately). 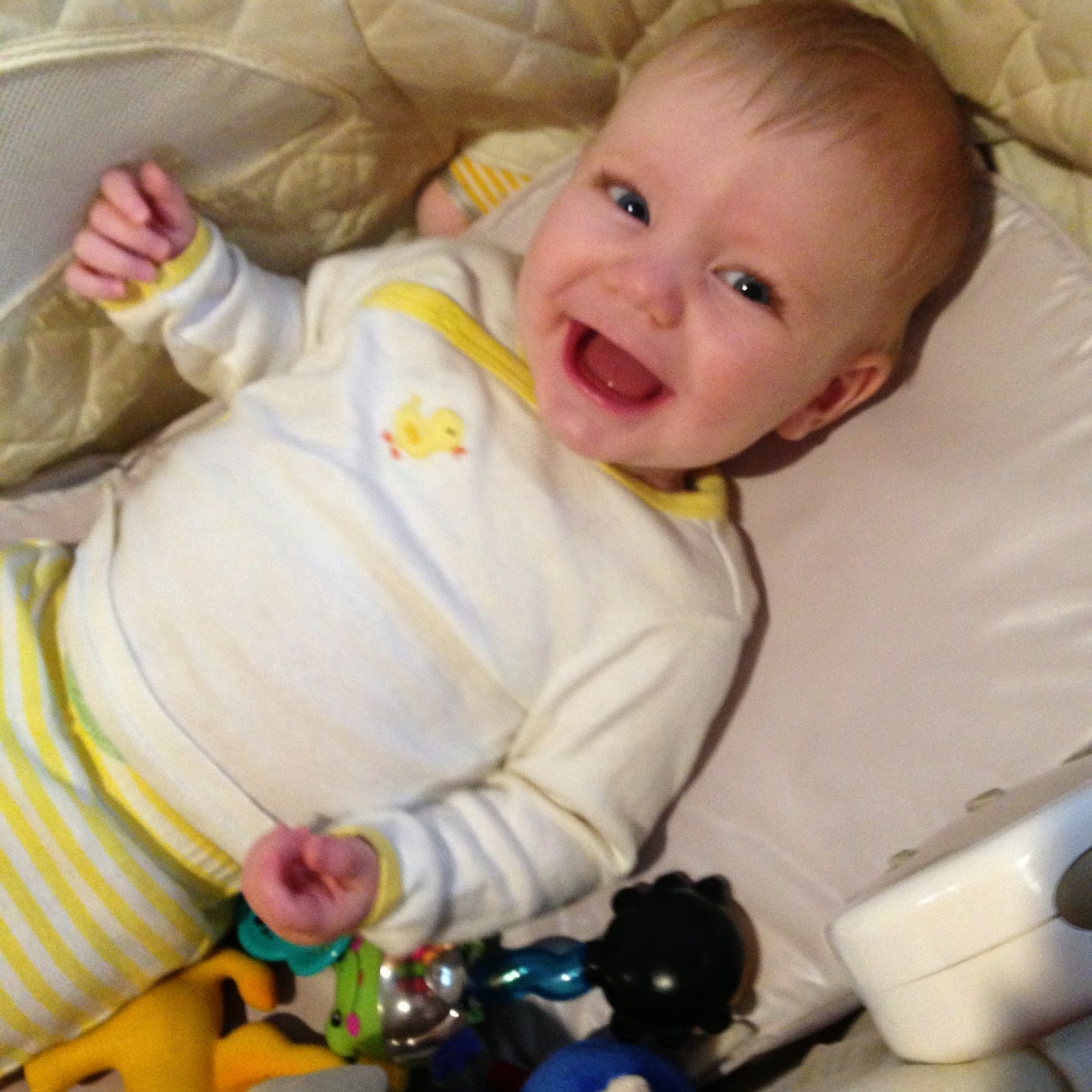 I hope you had a blessed Divine Mercy Sunday!

Now to finish up planning the start of a new school week/year.
Posted by Cammie Diane at 10:29 PM