Thursday is Paul's busiest court day of the week, which means that today (on Sadie's tenth birthday) he is going to be in court nearly all day. Yesterday he had two pre-trial hearings and two sentencings in the morning, but the afternoon was entirely free and so we planned and planned and decided to make it the best pre-10th birthday celebration ever. 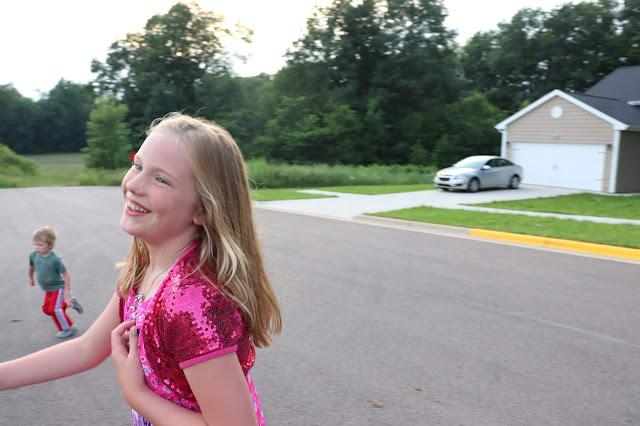 Especially because a lot of the things we were hoping to do as a family would be really hard to do with Tessie and Maggie, without him there.

So here is the Best pre-birthday Birthday Ever. I cannot believe that she is actually 10 (at 12:41 pm Eastern Time):

And I forgot to post this yesterday but I just had to post it now. Paul made me laugh a lot on our date with his impassioned review of The Last Jedi... which I enjoyed on our previous date and he... had strong feelings about which he apparently felt the need to talk about when the camera started rolling.