I know I've mentioned this about eighty times already, but this week was James' first week of preschool. And because Tessie already started preschool back in August he is my last kid starting school. 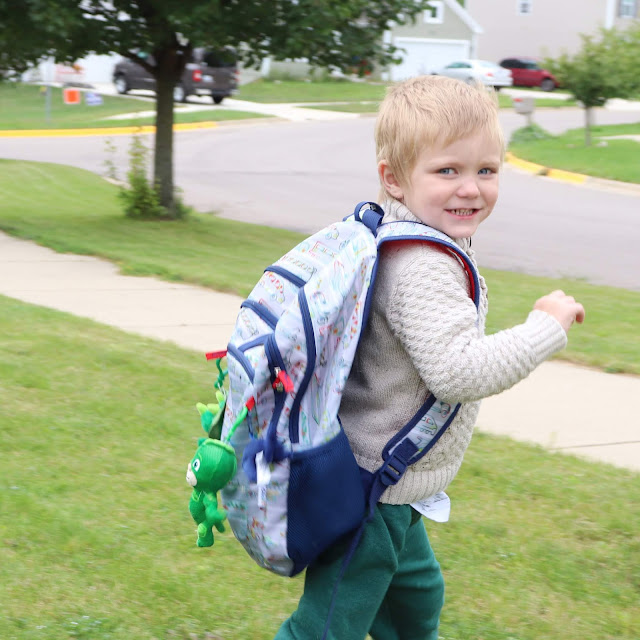 He was so impatient.

For the last several weeks he has watched his brother and sisters get on the bus and go to school and then he's gotten in the car with me and driven Tessie to her school. And then we've gone and done fun things.

But there were plenty of mornings when the bus arrived and left without him when tears followed because he really, really wanted to go with his brother and sister, despite my promises of a trip to the science museum to see the dinosaurs.

He could not believe that it wasn't his turn yet. 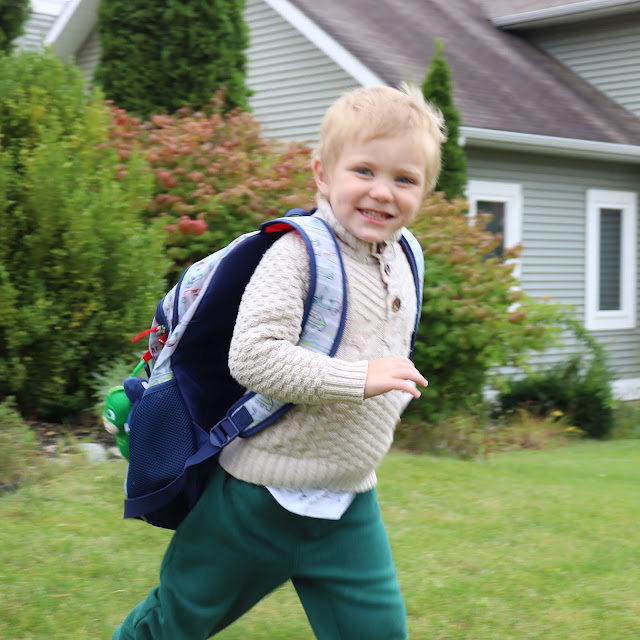 Last year, before I got sick, we used to go to the YMCA tot time every single day. And he loved that. But after I got sick for all those months, we couldn't do that anymore.

He was really sad about that (and so was I... it was one of the hardest parts about that time because I knew how disappointed he was). But because of those hours he spent there I was even more confident that he is super, super ready for preschool and that he would have no problem going on the first day. 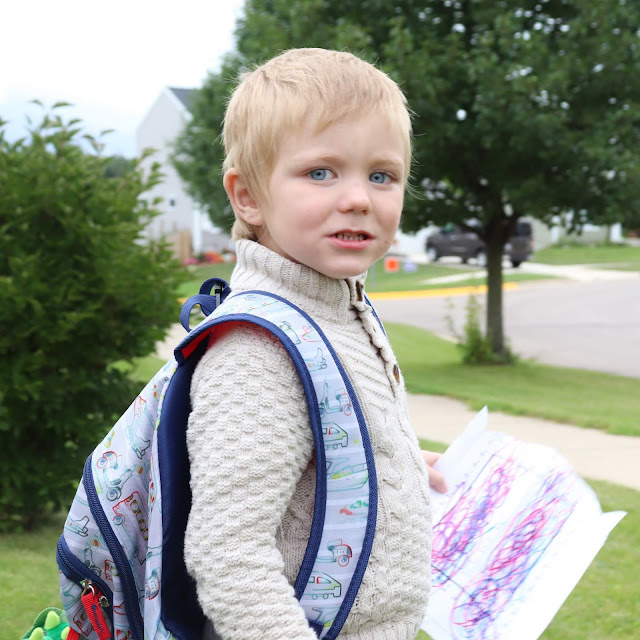 The bus arrived the first morning and we ran to meet it because no one had told me that it was now arriving five minutes early because of a schedule change (and it already arrives well before the sun is up here).

I went to lift James onto the first step and he almost began to cry so I set him down on the ground, only to discover that the almost-tears were because he was insisting that he take that first giant step that is almost as big as he is, all by himself.

He absolutely did not want to be lifted up by his mom. He was big enough. 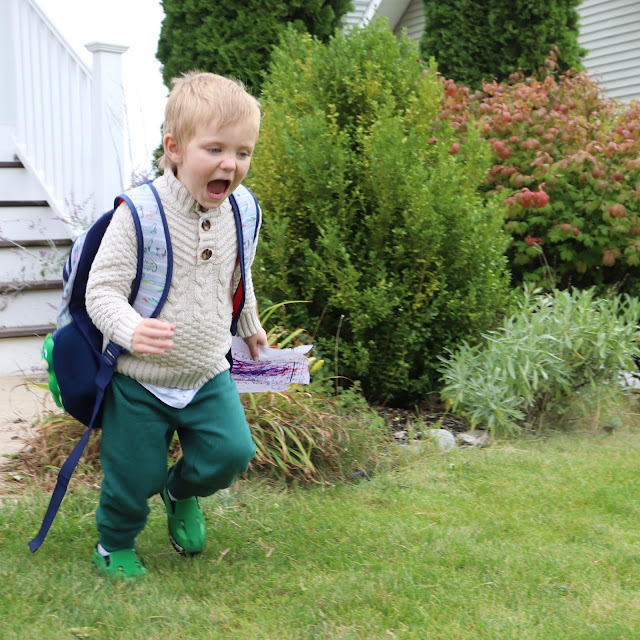 On Thursday, which is the last day of the week for the preschool, I met the bus and lifted him down from the top step, after hearing him turn and say to the bus driver, "Thanks, bye, I love you!" with a huge smile.

Then we went in side and he told me about playing with play dough and about fire drills (he was quite certain that there had been a real fire, but not to worry because the fire fighters had put it out on the roof while they were outside on the grass). His favorite time is lunch time, and his favorite friend is everyone. 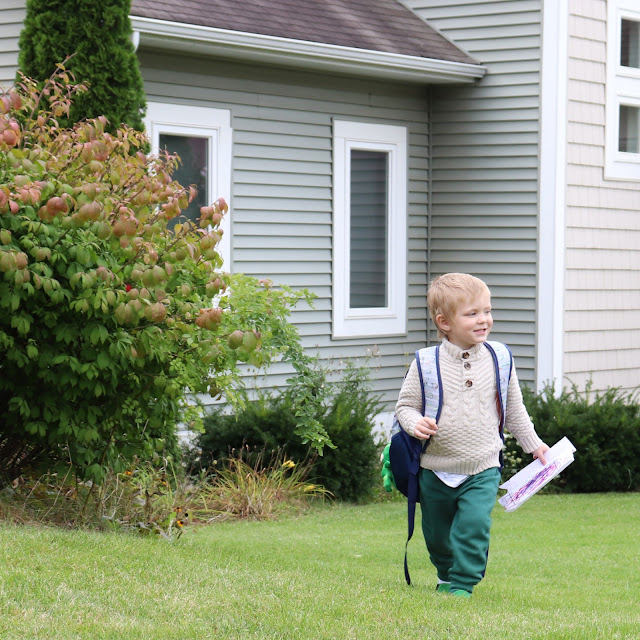 I think he's getting the hang of this whole going to preschool thing. He certainly is excited about it.

I made a video of his first day (because of course I did) and my favorite part was capturing how excited he was when he woke up in the morning and I told him that it was his first day of school. I love his little face when he remembered that it was finally his turn.