Spark for Autism Study at Home

Somewhere right near the top of my to do list these past few weeks has been the Spark for Autism box sitting on my book shelf.

I needed to get Sadie and James to give DNA samples (of saliva) so that I could send it back) but in the first few whirlwind weeks of school there always seemed to be something urgent to do first, whenever I thought I might have time to sit them down and actually do it.

You need to have not had anything to eat or drink in half an hour. And then you need to spit in a little vial and you screw the top on and put it in a little bag and pop it in the box that they send it with. The postage is already on it, and off it goes.

If you fill out the surveys that they'll give you access to online, after they get the samples, you can even get a $25 Amazon gift card, which isn't a bad deal at all (especially if it's something that you were interested in doing anyways). 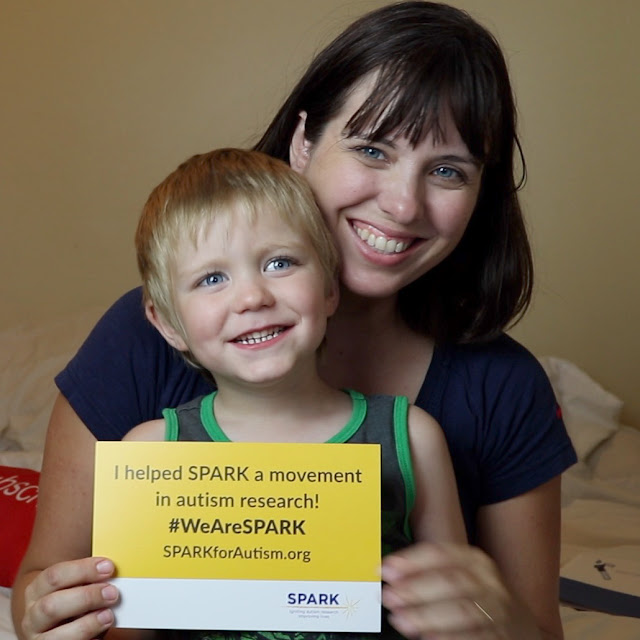 In our case, we were interested in becoming involved in the Spark autism study because we feel like it's pretty likely that there are genetic reasons for the developmental differences around here and Spark has created this huge data base, so that scientists from all over can use the information that they collect (which isn't linked to the names of the people that they get it from). 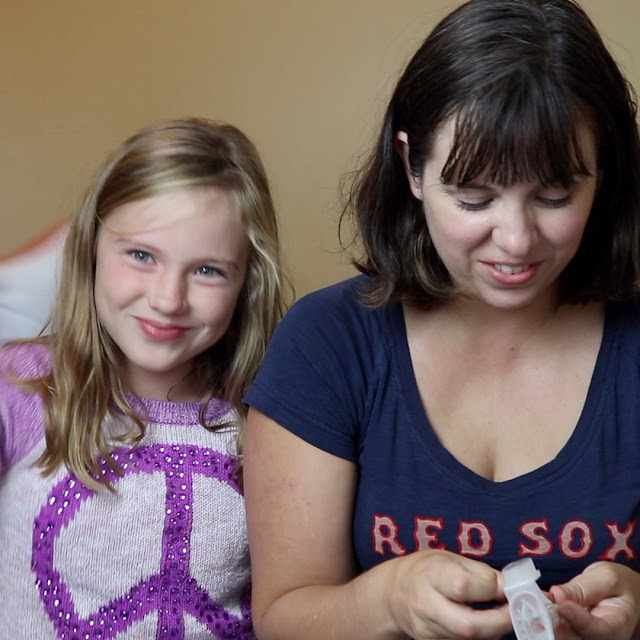 The hard part was getting a sample from Tessie.

I am really thankful that we went in for that and had the help of the people who work with Spark for that part (and one of the people helping us happened to be the person who helped train me in a type of therapy/communication with Maggie when she was first diagnosed five years ago next month, which was pretty great, especially since Maggie definitely seemed to remember her).

But basically to get the sample from Tessie we had to swab her tiny cheeks over and over again and then ring the swab out in the special tube until there was enough there for the test.

Maggie on the other hand, once she realized she wasn't having a blood test done (because she'd heard "DNA" and assumed that meant blood) was enthusiastic about the whole thing because she was so relieved that it wasn't a blood test.

She even asked her once if we were at the dentist. 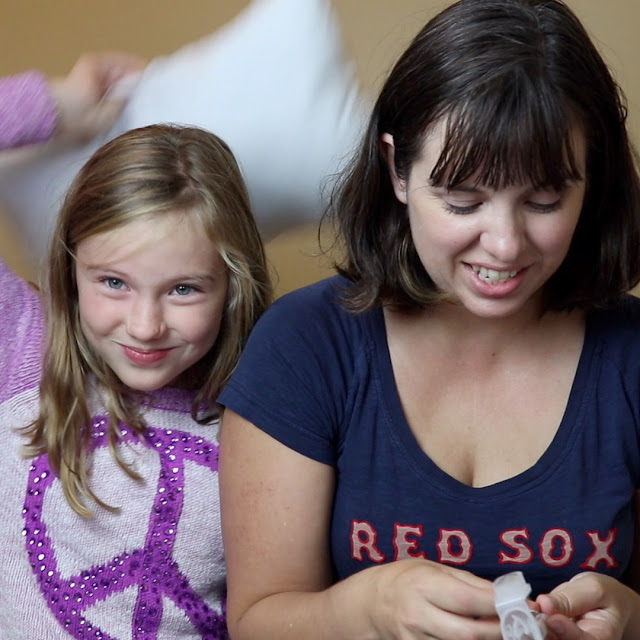 The kids and I made a video showing how easy it was to take the samples and tomorrow we'll pop them back in the mail and send them on their way back to Spark!