There was something that I was going to write about yesterday.

But today I keep trying to think back and I can't even remember what it was.

Instead I just keep picturing this, and I keep going back in my head to the moment in Home Depot when I decided to buy these cameras and how after all the locks and everything else we'd done it seemed like it was a little over the top.

She'd only gotten through the front door lock twice, but we were taking extra precautions.

And she'd never ever gotten past the window locks.

She'd never even tried them.

It was like the windows weren't for leaving the house and so she left them alone.

Yesterday we had a fun day. 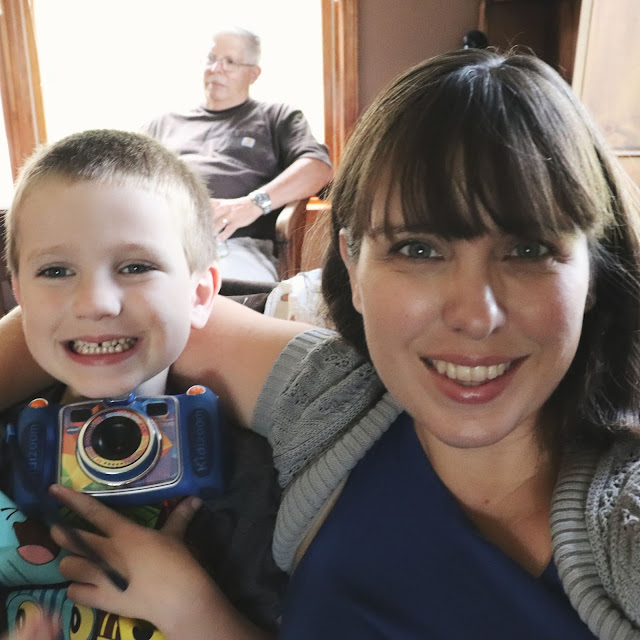 We went to Mass and it went amazingly well for the first time all summer.

Then we came home and Paul and the kids went downstairs into the basement playroom to watch a movie, where it's always cooler than the rest of the house, and I got to work on dinner. 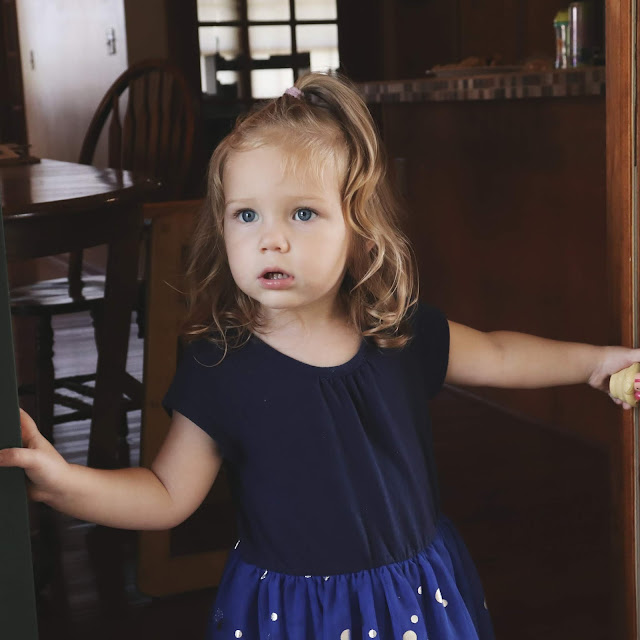 When I got the alert, that someone was on the front porch, I thought that it was the wind, moving one of my plant baskets.

I'd gotten that alert maybe twenty time already because the past few days had been so windy and the baskets are at roughly head height and it confuses the doorbell camera a bit.

I don't mind, I glance down, and I can see in the thumb nail that no one is there.

But this time, as I made a tuna pasta, I looked down and saw the silhouette of a small girl in a blue and red mermaid dress. 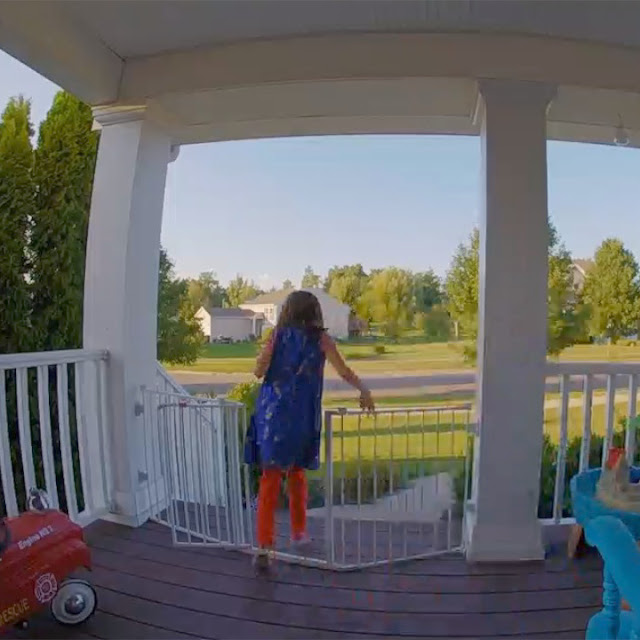 I thought that surely somehow she'd unlocked the front door, so I didn't grab my keys off the counter where they had been inches from my hand.

I just flew to the door.

But when I got there it was locked.

Was she still in the house?

Was someone else outside?

No. That had been Maggie on the video?

All those thoughts in maybe two seconds.

She already had a thirty second head start on me, according to the surveillance footage.

I turned and saw the window open, the screen gone.

And I threw myself through it and ran. 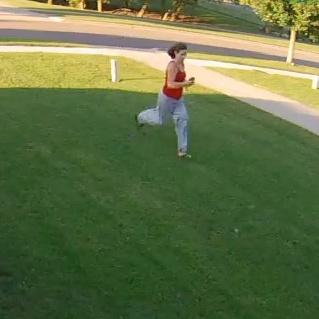 My sandals made me feel so much slower than my boots and tennis shoes, but I sprinted, catching sight of her as she turned onto the frontage road, and taking a short cut, between our neighbors houses as I watched her run onto a street where cars regularly travel 55-65 miles per hour around corners.

I was looking up and down the road, yelling for her, not sure if I could outrun her.

She regularly outruns paras, who are wearing sneakers, when she's insisted on wearing her little high heels. And she was not wearing her high heels today.

Then she heard me and turned and fell onto the road. And she started to laugh. It was the best game.

I caught her and took her hand and didn't say a word, per her therapist's instructions (in case she's running for attention... although I think it's part sensory and part because she thinks of it as a game of some sort), as I choked back tears and hysteria and led her back to the house where Paul and the kids hadn't heard me yelling for him as I hurled myself through the window.

Then I called him on his phone and he let us back in and took Maggie's hand and I basically collapsed on the porch and then re-walked the route that she had run, because I needed to.

And I went back over the footage to see exactly what had happened.

You see, I'd thought of our living room as totally secure. I thought of it as totally child proof. And that's why she was allowed to be in there for those four minutes by herself (again she was fifteen feet from me and I could hear her and she was being pretty quiet and didn't seem to be getting into trouble).

And that is all that it took.

And then I pieced it together because I think that people need to see and understand how eloping happens. How careful you need to be when you have a child that elopes and how sometimes it can feel like it takes superhuman strength and determination to keep them safe.

This video has the surveillance footage of Maggie eloping and me chasing after her. I have watched it so many times now.

It could definitely be upsetting for some, but just know that she is totally fine. The system worked as it was designed to (although I wish it hadn't gotten to our last line of defense, and we've now locked down the windows so they no longer open).

And thank God and Maggie's guardian angel who works overtime that the child is safe.

She certainly keeps us on our toes.