She Cut Her Own Hair (again)

We had a busy morning yesterday.

We'd run so many errands. We'd even run by police station and talked to a police officer and handed our some handy little flyers that we're going to be giving to our neighbors that explain Maggie's eloping (that I'll be talking about more here later this week).

And I sat down here to shoot that video to talk about those fliers, because I know there are other kids like Maggie, determined to run, and I thought that the flier idea might help at least a few other parents out there, and also because when I make videos like that I always appreciate the feedback and ideas that are shared in return.

So I was working on videos for the week and looked like something like this when I heard footsteps coming downstairs and Paul opening the door: 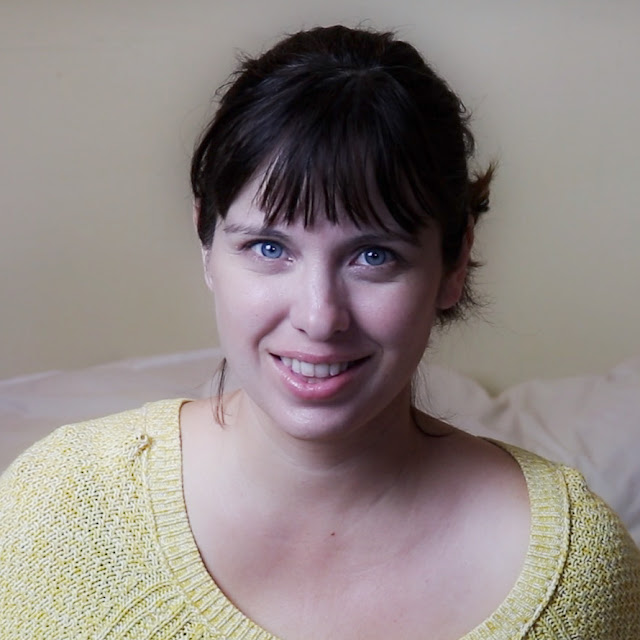 He never comes down when I'm filming sit down videos.

And then Patch was there shouting about a mess. And I asked what the mess was and Paul said Maggie's hair.

It quickly came out then that she'd found some scissors. How was not quite clear at first, but the security camera would later clear that who mess up, because we were all quite curious.  You see, these particular scissors had been missing since before Tessie was born, and no one could imagine where they'd come from.

And of course once she found them she chopped off her hair. And her new dolls hair too. For good measure. 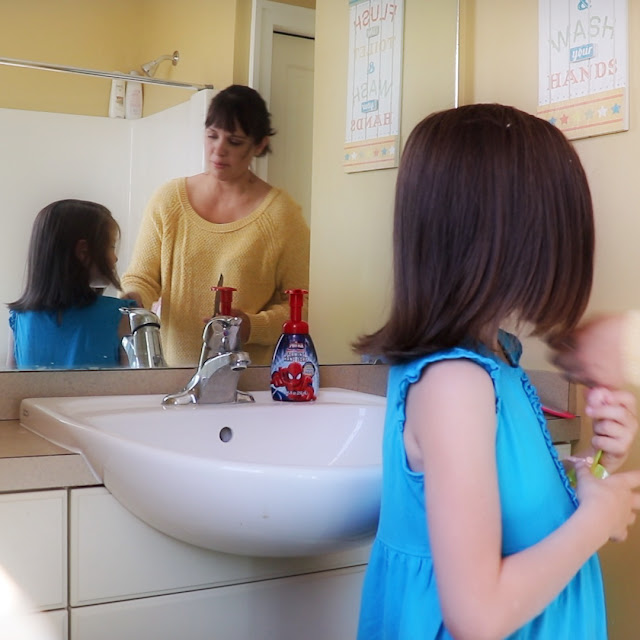 The things was, that she actually did a pretty okay this time.

That photo right there, up above this piece of writing is before I even snipped any hair off and started to fix it.

She was upset because she knew she should not have cut her hair and I pretty much spent the entire haircut reassuring her that she wasn't in trouble. She was way harder on herself than anyone else was.

This was her smile once I'd evened it out, when I asked her to smile for the camera. She couldn't quite manage a real Maggie smile. She was still pretty upset about the entire thing. 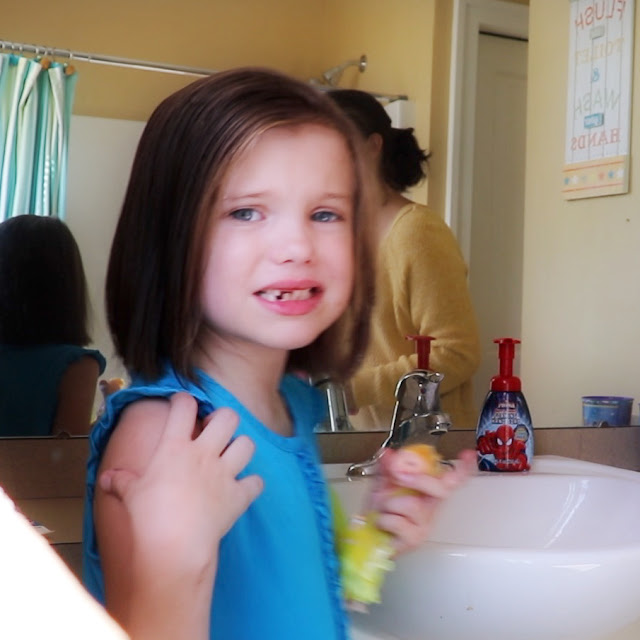 Oh the adventures we have around here on a lazy (ish) Saturday.

I have to say though, I was pretty impressed that she didn't just hack her hair off right next to her head like she did the last two times that she managed to get ahold of scissors. She's definitely getting better at this whole self hair cut thing.

Which is probably why I could laugh when I was making my video, at least by the end of it.