A Mermaid Swimming with the Penguins?

Last night we went to a special autism event at our local zoo. The zoo is amazing in that it has monthly autism events that are always great.

There are two every year that we really don't want to miss, and one is the winter lights event, and the other is the Halloween event that they had last night.

The regular Halloween event is on the weekends and is always jam packed with people. And in the past that's what we've gone to. This time though, we actually signed up for the autism day, which seemed like something we needed a bit more this year although I think we were all wondering if it was a good idea when we drove up to the city and the sky opened up and began to pour. 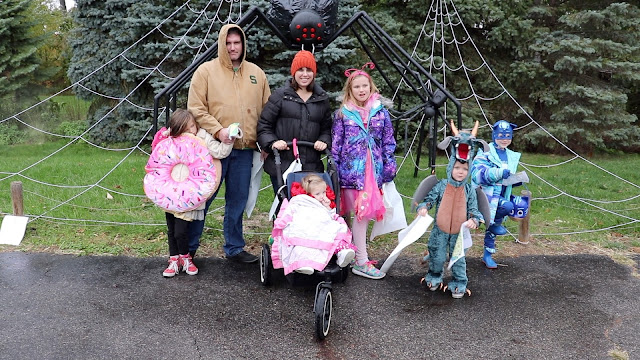 But by the time we got there the rain had turned into a misty sort of drizzle that was fine to walk around in, and the night was definitely a success with our kids.

Especially a certain mermaid, for whom the highlight of the night wasn't the candy or the games, or the doughnuts and cider. It wasn't even the snow leopard that had come down from her perch and was sitting on a rock right next to the edge of her enclosure, or the tamarins, who she loves, who had had their babies.

The high point of Maggie's night was when she was holding hands with her dad and she used her left hand to launch her mermaid doll high up into the sky. It flew up and up and up, over the glass of the penguin enclosure, and over the rocks and landed floating in the water. 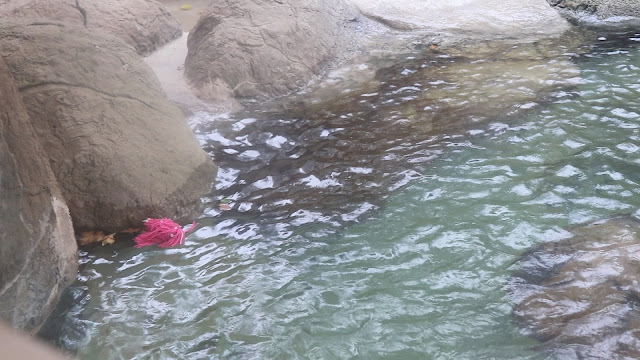 Her face lit up. She giggled. She glowed. It was clearly the best thing that had happened to her since two years ago when I was changing four day old Tessie into her baptismal gown the day after we left the hospital, and she managed to sneak two tiny mermaid dolls into the giant baptismal font at our parish without anyone noticing (all while holding hands with someone who was making sure she wasn't climbing in... she is fast and sneaky!). 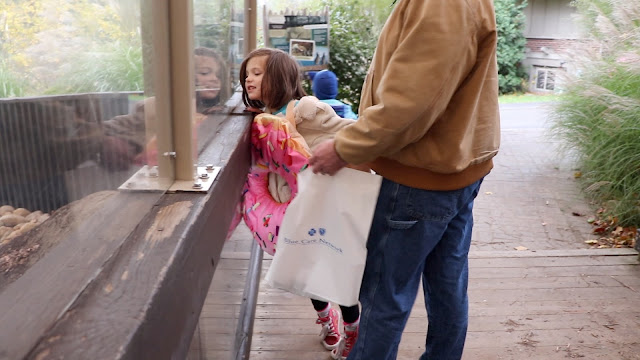 We went and explained it to a docent. We didn't need the mermaid back... but we thought they should know... in case a penguin tried to eat the pink yarn hair or something like that.

When we came back from the tractor hay ride there was a soaking wet pink mermaid doll waiting for our giggling pink doughnut, who was still on cloud nine from her penguin pool victory.

She was thrilled to see her doll, back from it's penguin adventure. 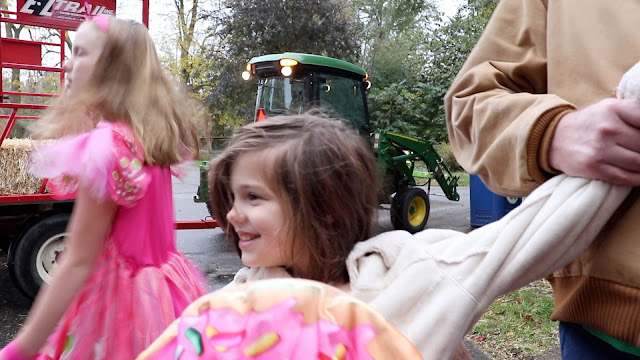 Zero lessons learned I'm pretty sure, even though the doll is not yet back in her hands, as it's in the washing machine.

The other highlight of the night was when she saw a boy from her school. Both of their face lit up. He came right over with his therapist. Neither of them had any words to say but they happily looked at each others costumes and touched hands, before moving on with their nights to separate activities. It was very neat to see them acknowledge each other so happily though.

Tessie has a favorite word and she is using it very, very effectively to let us know what she wants.

When Maggie was tiny she used "come on" for everything. Tessie uses "go."

The other day I set my camera down when we were playing outside on the swings and started to swing with Tessie on my lap. Then I'd stop the swing and say "ready, set..." and I would wait for her to say "go."

She immediately caught on about what I was waiting for and I am so excited to share this little two minute video of Tessie saying her favorite word!

Email ThisBlogThis!Share to TwitterShare to FacebookShare to Pinterest
Labels: Autism, boo at the zoo