This weekend the boys had their very first soccer game ever.

They were both pretty thrilled to get out there and play. 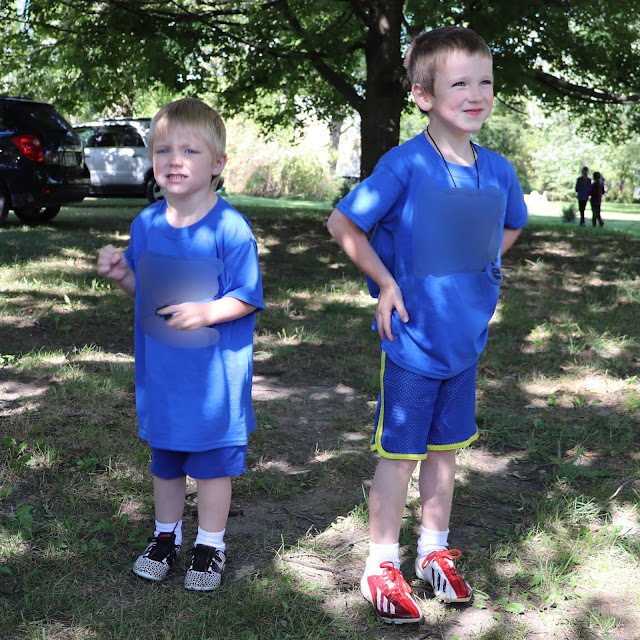 After the first practice I expected a certain three year old to be distracted by picking flowers and water breaks. 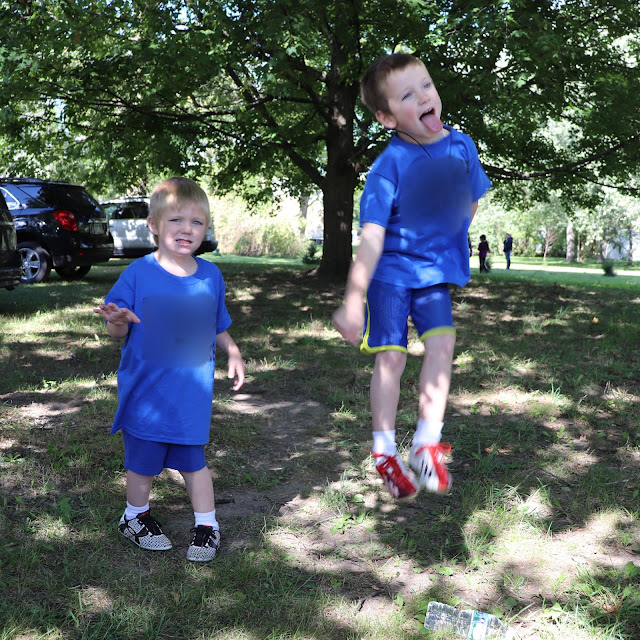 All in all though they did have fun.

And the rest of us had fun watching them out there running around. 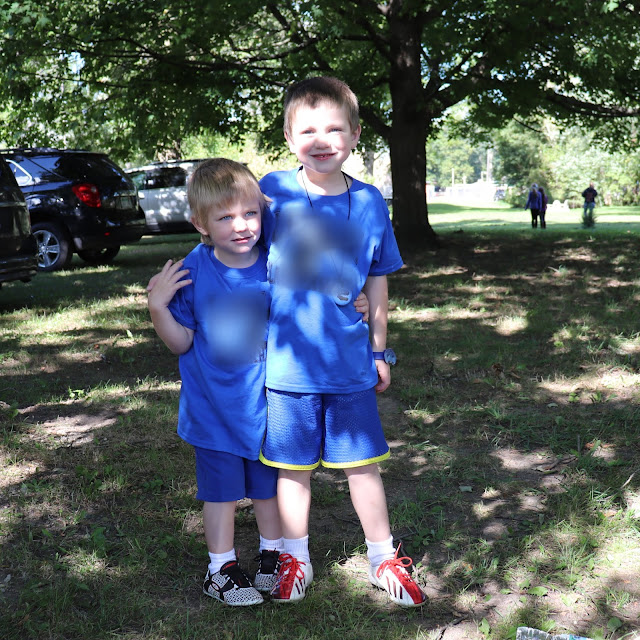 Next time I think a bring an even bigger blanket for a certain mermaid to cuddle under since she seemed to enjoy doing that so very much.