It was not easy finding a costume for our oldest

I snapped these pictures the day that Sadie's costume arrived in the mail.

She wanted something very specific. It had to be very pink. She wanted to be a fairy. Preferably a fairy butterfly.

But when we went to the various stores for Halloween costumes she would have really settled for anything fluffy and gorgeous.

Every time we passed a beautiful little girl princess dress she asked "is that in my size?" 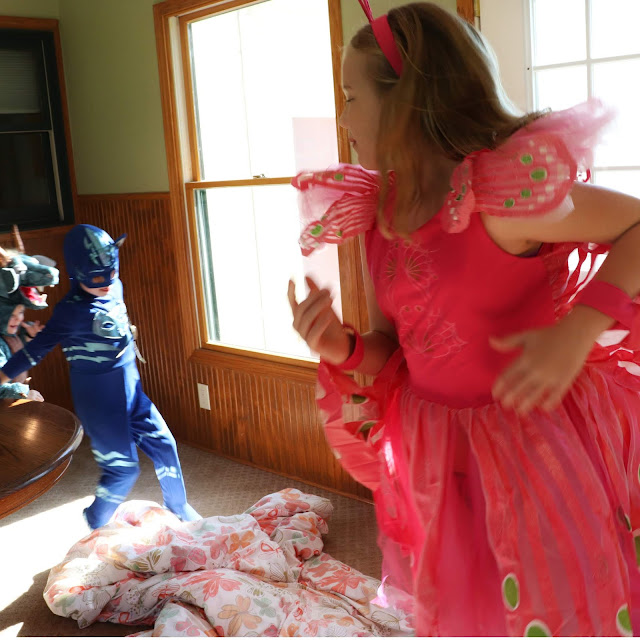 And of course it wasn't. At just about five feet tall, she is one size away from juniors in the kids clothes section. The biggest princess dresses were eights or maybe 8-10s.

So we headed over to look at the juniors costumes and she was completely unimpressed.

I pointed out one dress that was made to look like the Big Bad Wolf, that would match Tessie's Little Red costume and she rolled her eyes at me as she headed to another part of the store sighing "MOM!" under her breath in true tween form. 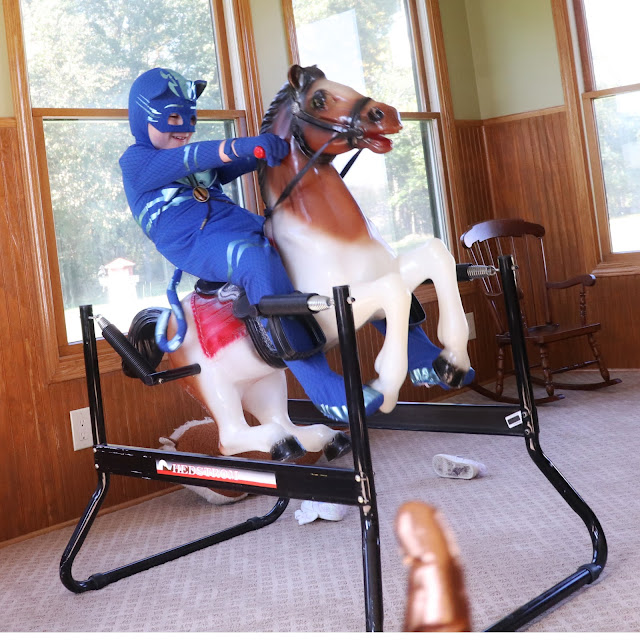 The other kids picked out there costumes, with Maggie latching on to her doughnut in .5 seconds, and Patch grabbing his Catboy of the wall less than 1 second after that, and after thirty minutes of searching for something that was pink or princess-y enough and failing, we headed home to the internet.

And we found it.

Of course Tessie was a bit disappointed she didn't have her Big Bad Wolf to go with her. 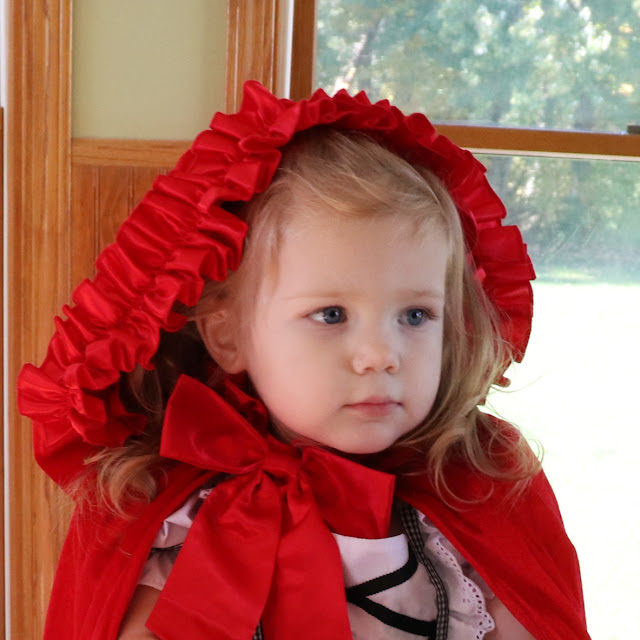 And when it arrived everyone but the Pink Doughnut tried on their costumes.

I was a little nervous about what this meant about Halloween.

Was Maggie over Halloween?

Last year she loved it.

But when it came time to go to the zoo I simply said, "Trick or Treat" and she slipped into her doughnut costume before ten seconds had passed and was clinging to Paul's hand ready to get some candy.

She just wasn't ready for a photo op.

The girl doesn't get dressed up for no reason. 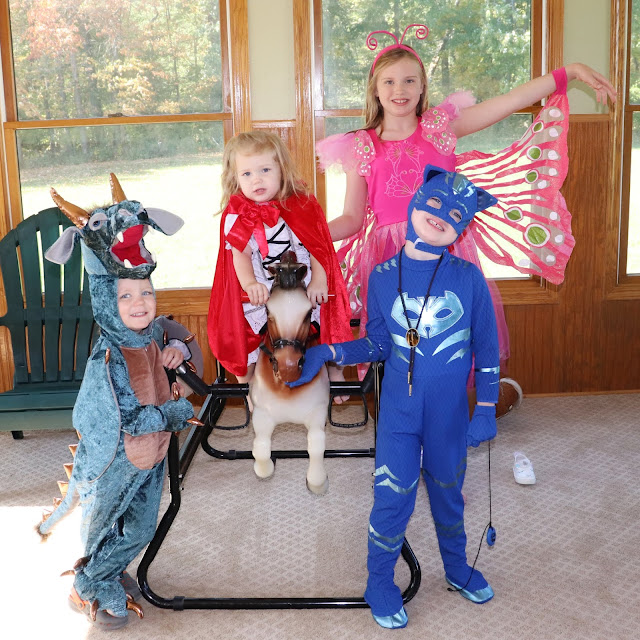 Pretty sure Tessie was of the same opinion when they took her school pictures.

Not sure this picture I snapped of her school picture (since kids who only managed to sit still for one photo don't get the "buy the download option" or I would have jumped at that chance) captures it, but Tessie's eyes are totally furious in this at having to sit still for one second while they snapped this.

Now I understand why they only got one photo of her. 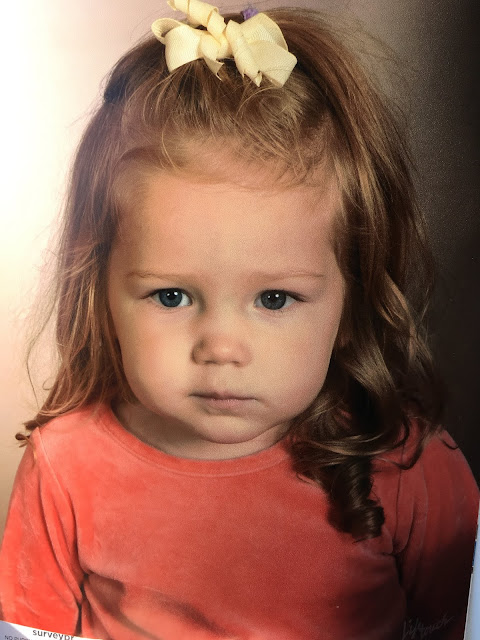 She was obviously in a mood about picture day.

But her curls looked great.

I was a teensy bit nervous about talking about this, because people love to hate ADHD (or say it doesn't exist) but as it looks like I'll be taking another kid in for an evaluation in the coming months (although I didn't know that when I made this video) the timing of this video is sort of perfect:

And here is a much shorter fun video of taking the kids out into the fall woods behind Nani and Bopa's house in their costumes the very first time they tried them on. I love seeing James the Dragon zoom around on the rope swing!