Beer, Milkshakes, and an End to Migraines

On Tuesday there was a copy of the latest edition of the magazine The Week sitting on the coffee table at my parents' house.

Maggie swooped down upon it and before I could say a word she had ripped off the back cover and was proudly clutching it in her hand.

"Oh it's fine, it's just a Sam Adam's ad." Bopa said as I asked Maggie for the fifth time to put the magazine down. She listened, retreating with her ad still clutched in her hand, gazing lovingly at it. I tried to see what was so interesting. There was a bright blue backdrop, with what looked like a tree, and I thought maybe there was a moon on it, which would definitely catch her attention.

"Why did you want that one?" I asked.

"Milk shake!" She said, pointing at the beer.

"Oh, she thinks the Sam Adams is a milk shake." I explained to my dad.

And that was the end of it.

Or so I thought. 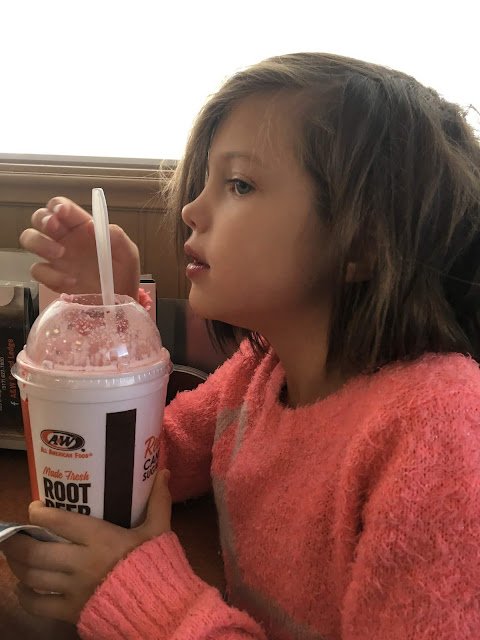 The next morning she came downstairs dressed for school, rocking her blue doughnut high tops, and stood in the kitchen doorway.

"It's already in your lunch box. See." I showed her the can of ravioli that I had packed for her to take for dinner at therapy.

"Because you think beer is a type of milkshakes?" I stood up and stared at her.

"No. Beer isn't a kid drink. Beer is not a milkshake." I glanced at the Sam Adams ad clutched in her hand and was certain she would be taking it to school with her since it had suddenly become her favorite item in the entire world.

Maybe I should email her teacher once she was out the door, I thought, and then promptly forgot in the rush of getting Tessie to school and doing all the other things on my check list for the day.

But this definitely proves something.

That child can read. 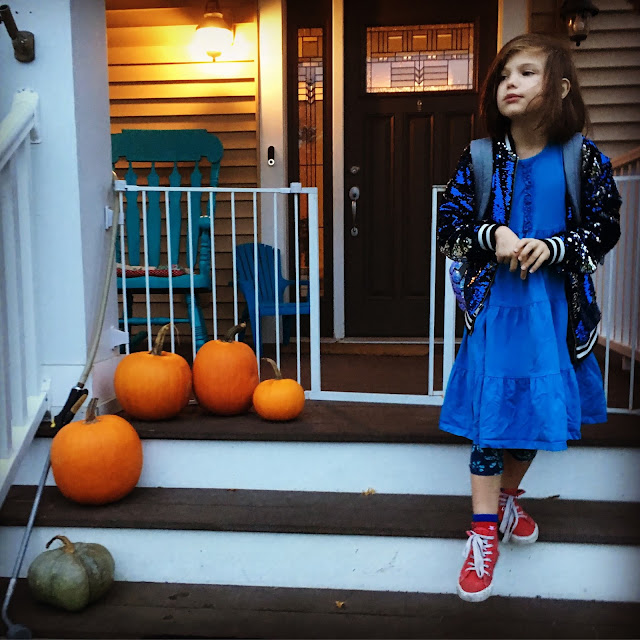 Because beer is something rarely purchased around here, and I'm 100% sure that she didn't know that that's what was on the ad when she tore it off since she was saying "milkshake" when she told me about it the first time.

And so her third big demonstration of her reading skills involves asking for a beer at lunch, thinking it's another name for a beautiful golden milkshake.

Hopefully she didn't try to ask for it again at school.

In totally unrelated news, after two decades of migraines, I haven't had a migraine in over two months now. And it is amazing. And I stumbled into this personal "migraine cure" of sorts totally by accident.

I have no idea how it's working (and I'm sort of impatient for my next neurology appointment) but basically I was donating plasma twice a week, and realized, after a month, that my weekly migraines (that are knocked down to once a week with preventative migraine meds) were totally and completely gone.

I have no idea if it's the tiny amount of blood thinner they use, or the actual process of removing that much plasma, or what, but I know that I've had headaches since I was eight and many migraines a month since I hit puberty and that this is amazing.

I made a video telling the whole story, but that, in a nutshell is how it happened, for anyone short on time who was curious.

And I finally shared this fun day of getting to go on a field trip with James' class to the pumpkin patch.

I absolutely love how many fun farms there are to visit in our area!