If you've been here for any length of time you know that our family photos around here inevitably turn into disasters (or something hilarious depending on your point of view, I usually try to meet the inevitable far less than perfect photos with laughter) but that I also haven't given up in my quest for a photo in which all seven pairs of eyes are actually looking at the camera.

Oh and maybe someday there will also be smiles.

This weekend I though I was being clever.

I handed my mom the camera while it was recording on it's little video mode and thought maybe if we recorded for a minute of everyone attempting to act like they were taking a photo, we would have one single moment where everyone was looking at the same time. 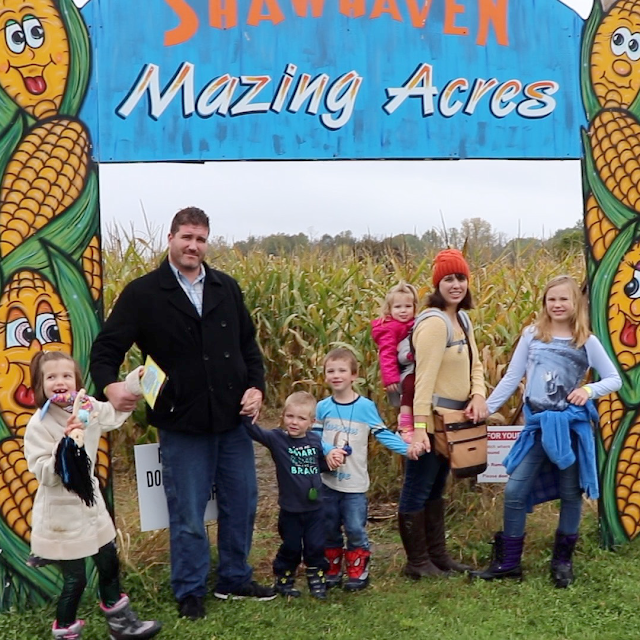 We came closer than we usually do.

And then I had an idea.

What if I take the program I usually take to make Youtube worthy thumbnails and take one of the ten seconds where Maggie's mermaid wasn't in front of her face and move it over onto a moment where everyone else is looking at the camera.

So I did just that. 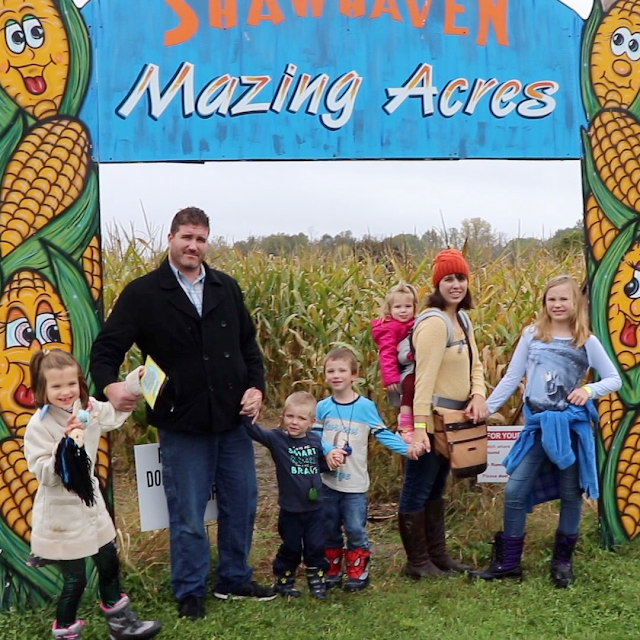 But my brain knows that it just isn't quite right.

And so, I think I'm going to have to go with that perfectly imperfect picture on the top.

It's just more us anyways.

We did have a really fun time at the corn maze, and picking pumpkins, and playing games at a farm in our area.

And I love that James picked a pumpkin (or maybe a gourd since it's green? But he's calling it a pumpkin) and said he thinks it looks like Cindarella's coach.

And Maggie had an amazing moment where she got away from us, and ran up a hill and all around and Paul was having a hard time chasing after her because of his bad back, and she turned around and ran back to me.

Which is pretty much a first.

So maybe that's a teeny tiny sign of hope since she was surrounded by giant open fields and she didn't just take off?

I'm going to take it as one!


Hope that all of you who are in places with fall weather and changing leaves are enjoying my favorite season!
Posted by Cammie Diane at 7:26 AM