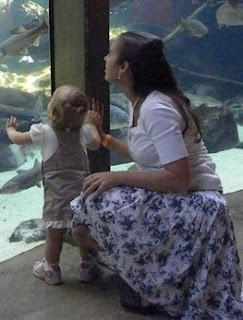 Lately I’ve been stumbling across articles in the mainstream media about NFP, written by Catholic laywomen, who are taking a stab at the mysterious reason that so many women ignore this Church teaching choose instead to contracept.   One popular idea seems to be that it’s because NFP just isn’t “hip” enough.  They seem to think that if the Church just did a better job “marketing” NFP and upgrading the books and methods to make them more attractive, women would be falling all over themselves to sign up for NFP classes, while tossing their birth control pills out by the handfuls.

They go on to say that maybe if the NFP teachers looked a little cooler, with a few less children, women would be more attracted to the idea too… and can’t we make the methods less scientific?  That shouldn’t be hard, right?  It should be easy!

Maybe it is time for a little upgrading on the book graphics (I really can’t say on that one, because my NFP book is a plain green color with a few stripes, so it’s apparently not as offensive to a fashionistas sensibilities as some of the other books out there), but I somehow don’t think that the upgrade will cause the stampede that these articles seem to expect. 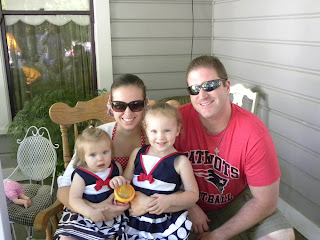 And why aren’t there droves of fashion obsessed women beating down the doors to become NFP teachers?  Well, I suspect it’s because NFP does help shift ones perspective quite a bit… and puts priorities in a more naturally ordered alignment.  When God and family come first, you don’t have as much time to peruse the pages of the latest fashion magazine and even less time to race down to the mall to try on clothes.  In fact, even if a mom to a small tot makes it down to the local mall, and finds the hippest clothes and decides that she can afford them, there’s always a big chance some bodily fluid or food product is going to be splattered across it by midday… making it instantly less… cool.

That doesn’t mean that women who follow this teaching don’t care about how they look… but saying that other women aren’t using NFP because the women that do use it aren’t fashionable enough, falls flat.  It sounds like an excuse worthy of a pre-teen… not worthy of a woman called to married vocation. 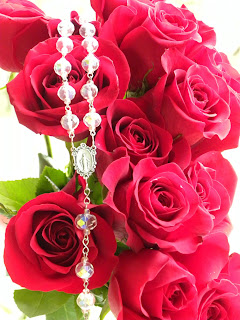 As for NFP being easy… I don’t think that it’s one of those things that’s necessarily supposed to be as simple as remembering to pop a pill once a day.  The things in life that are good, often aren’t as easy as the alternative.  Even in following through when we decide to abstain we’re making a sacrifice, because at that moment we discern that something else is more important, and let’s face it, sacrifices are supposed to feel like sacrifices.  They’re not really supposed to be “fun,” although personally I’ve found following the Church teaching on this one infinitely more pleasant than pumping my body full of hormones that make me a banshee like psycho-path (extra estrogen does not make me a nice person… that’s for sure).

I have a feeling that even if these “problems” that I’ve heard evaluated are fixed, plenty of women would still opt for the pill.

In part I think this is the result of poor catechesis in past decades, running right up to the present.  I know I’ve said it before, but I made it through marriage prep and RCIA without hearing once that contraception was wrong.  I was confirmed without knowing that the Church “still” said that it was wrong.

But I think the problem goes deeper than that.  As long as the things of the world come before a person’s relationship with God, and their faith in the teachings of the Church he established with Peter, they’re going to have a hard time giving up the “easier” method of popping a pill or getting a shot.  Someone who’s begun to seek God, and attempt to follow his will in their lives, isn’t going to be thinking about how “cool” they look.  They’re going to be discovering the feeling of completeness that comes when we live our lives in accordance with Church teaching, the joy of uniting our will with God’s even when it isn’t easy or fashionable or “hip.” 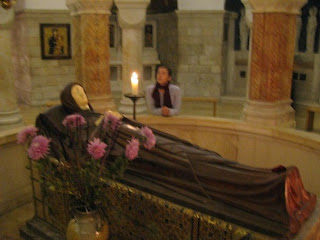 But let’s not say they’re doing it because the other women who do it aren’t cool enough… or because it’s too hard (because if this switch is too hard, the path to holiness in general is going to be way, way too hard).  Let’s stop making excuses for why people sin, spread the good news and the joy of living rightly, and stop accepting excuses from ourselves for doing what’s easy rather than what’s right.

The world isn’t going to love this teaching, because the world loves its own and this way of thinking most certainly isn’t of the world.  We aren’t going to draw people into the Church by being more worldly.  Until we stop trying to impress others, and start living out our calling to be a light upon a hilltop, I don’t see any of this changing… but if each of us embraced our calling to serve in this world, and loved God’s with all our hearts, the truth would be much harder to ignore…

Let’s stop the call to focus more on the superficial and focus on God.  That’s the only solution to this problem.  Pray and fast.  Love God and your neighbor.  Light the world on fire with his love.  It will do far more good in spreading Church teaching, than a trip to the mall and a makeover.
Posted by Cammie Diane at 7:52 AM

Email ThisBlogThis!Share to TwitterShare to FacebookShare to Pinterest
Labels: NFP