Susan G Komen is No Longer Outlawed in our House! 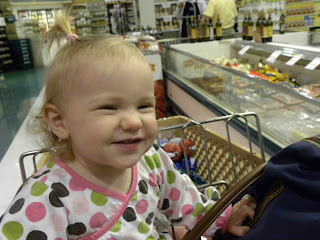 Edit to Add:  Komen reversed their decision today, Friday, February 3rd.  Avoid them at all costs.  They fund a company that hands out class 1 carcinogens to women.  So much for fighting cancer.

There are a lot of companies we avoid in this house.  We don't buy anything from Kraft, or the 100 or so other names they operate under (for example: A1, Country Time, Chips Ahoy, Cadbury, Balance bar, Fig Newton, Capri Sun, Maxwell House, Jell-O, Kool-Aid, Nabisco, Ritz, Toblerone, Triscuit, Teddy Grahams, Oscar Mire, Velveeta and Philadelphia (cream cheese) to name a few).  We avoid Nestle.  We've given up Pepsi products altogether.  And we bypass the table with Girl Scouts selling cookies in front of the supermarket (my own thoughts on this particular boycott are here).

These are all fairly recent changes that we've made, since it was revealed that these companies used fetal stem cells in their food testing, last spring (minus the Girl Scouts... that began a couple of years ago, because of the policies given in the articles sited).  But the above companies weren't the beginning of my super market boycott by a long shot.

No, my first boycott was any item with the name Susan G. Komen on it... and I'll admit that I hated to have to do it.  You see, I'm all for fighting breast cancer.  But just as much as I'm for fighting breast cancer, I'm against funding Planned Parenthood.  I know firsthand that the abortion giant is evil, having volunteered their through my "Catholic" college back before I was pro-life, and there's no way I'm going to be putting a penny towards helping them if I can avoid it. 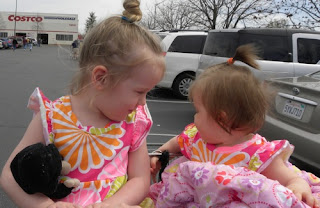 So I would scan the items that I put into my cart for that little pink ribbon, and if I saw it, I'd quickly examine the little badge, hoping against hope that it was for some other organization.  More often than not it was for Komen, and we'd begin looking for alternatives, as we placed the item back on the shelf.

Yesterday, it was announced, that Komen is cutting off funding to Planned Parenthood.  The charity says that it's because they have a new policy that forbids donating to organizations that are under local, state or federal investigation (go Lila Rose!).  Will it last?  I have no idea.  I hope so.  I pray that it does!  But for a least a little while, I will be buying products without carefully examining the little pink ribbon!

And of course, if this does change, I'll let you know as soon as I know.  But I sure hope it doesn't!
Posted by Cammie Diane at 7:38 AM