Yesterday was one of my challenging parenting days ever.

I won't go into details, because I'd really rather not scar you all for life, but it involved some sort of a 24 hour stomach bug (that had hit Patch 2 days earlier and was actually more like an 8-12 hour bug) and a child who's usually on large amounts of prescription laxatives that usually just don't work...

It was kind of a nightmare involving lots of cleaning and laundry over and over and over again and something going horribly wrong the second I stepped out of the room to use the restroom or grab sippy cup or attempt to make dinner, with the child in question trying to help me clean, which really just made things much, much worse, although at the same time (at least the first few times it happened) I couldn't help be thrilled because she was actually trying to help me clean, which was pretty amazing in itself.

And Paul, upon hearing about my day, left the law library and came home and brought a frozen pizza to have after we served the kids their GFCF dinner that I finally, somehow, managed to make, and gave all three of them separate baths and got them into their pajamas and into bed and surprised me with chocolate too, while I flopped on the couch and tried not to move.

Today is already much, much better because it seems that maybe, just maybe the stomach bug is behind us... I hope!

While Maggie was sick these last couple of months I wasn't hearing as many new words.  In fact, there were quite a few days when the only words I was really hearing were mermaid, over and over and over again.

So I've been thrilled that she seems to be coming up with a new word almost every day this week.  I've heard pencil and bouquet, marshmallow, tiara and my personal favorite "boring." 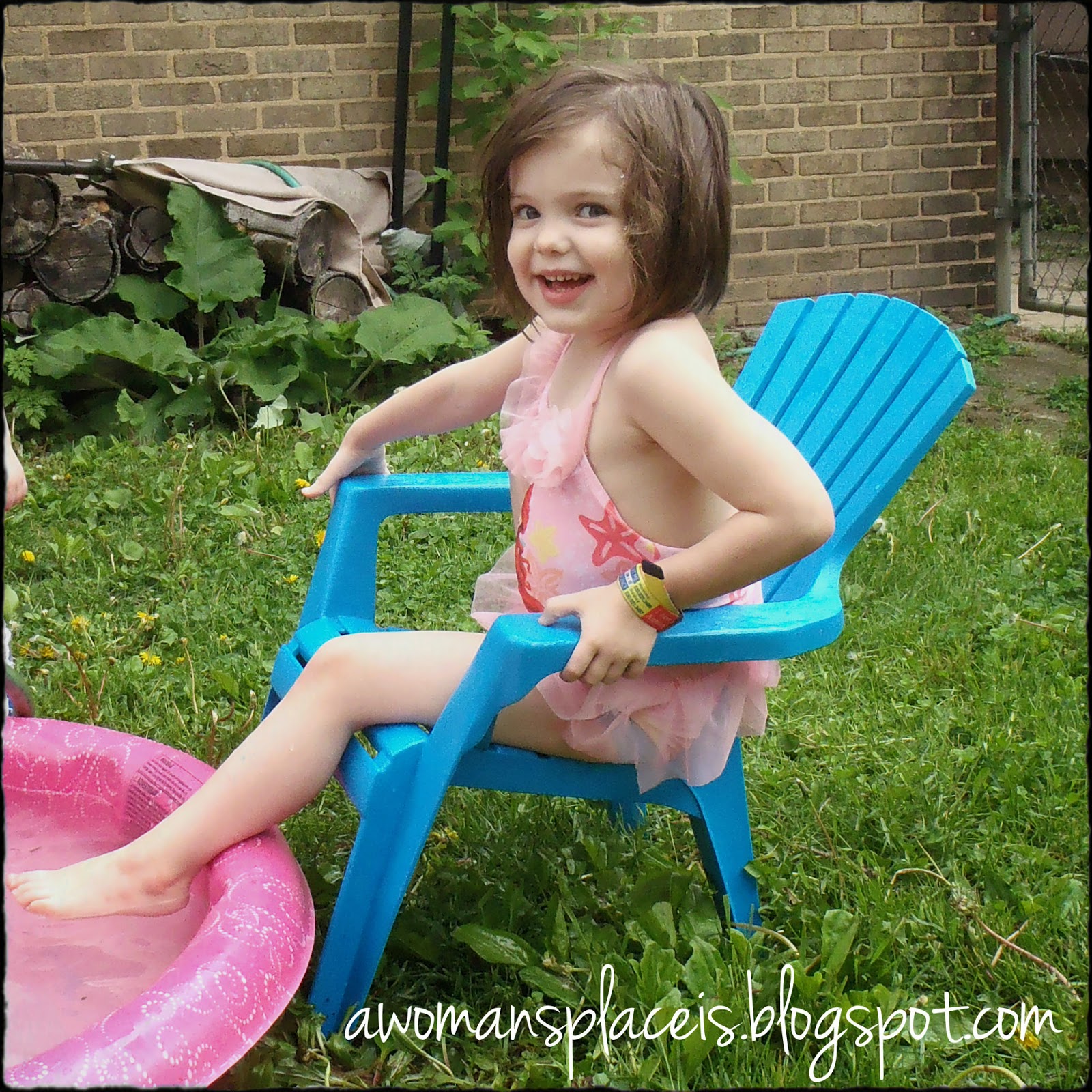 Okay, let me explain why the last one is my favorite.  Mae was working with one of her favorite therapists when she was asked to do something she hadn't done in a while.  She responded "boring" each time she was asked, three times over.

And while it might not be the first word I would have picked for her to come up with during school it's so incredibly neat to hear her saying an abstract word and using it correctly that I was pretty much gushing about it all day long.

Since writing number one I've learned that it seems the stomach bug has carried over into today and may not actually be over.

My goal for the day will be not to think "worst day ever!" if faced with repeated sickness related cleaning mini-disasters today.

Because really, yesterday wasn't the worst day ever (that's what I kept reminding myself since the thought kept popping up every ten minutes or whenever there was another situation requiring clorox type cleaning)... I'm sure it wasn't even in the top five... it was just very, very, very challenging.

To survive the end of yesterday I finally put on a Dora. Within minutes Patch was looking at me, grinning and saying "Hola!"

His other new word of the day?

Probably because he hears it about a hundred times a day from a very enthusiastic sister.

I stayed up until midnight last night to make Sadie a birthday present after I'd finished working on my orders for the night (and after I'd finished flopping on the couch).  Sadie's favorite doll, Bibiana (which also happens to be her name of choice for any sisters she may have in the future...), got a new outfit last night: 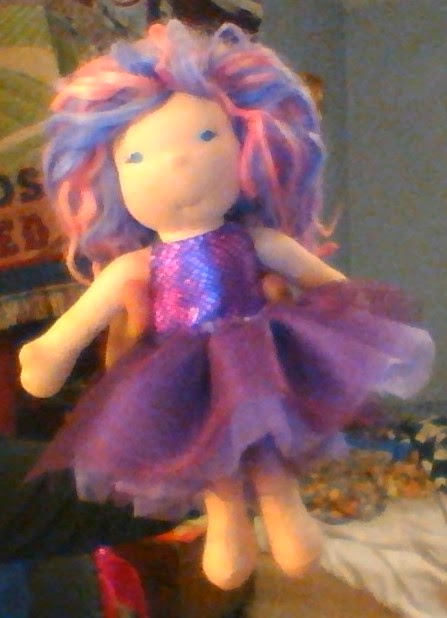 This year it's so much easier to come up with present inspiration for Mae than it is for Sadie.  Maggie would love a new weighted vest (weighted anything really), and a mermaid costume and the matching costume for her doll.  Whenever Sadie's asked about what she wants she's so concerned about telling me what she thinks brother and sister need that it can be hard to get her to think of herself... at least all things ballet are in at the moment... I'll have to come up with something ballet inspired in the next couple of days!