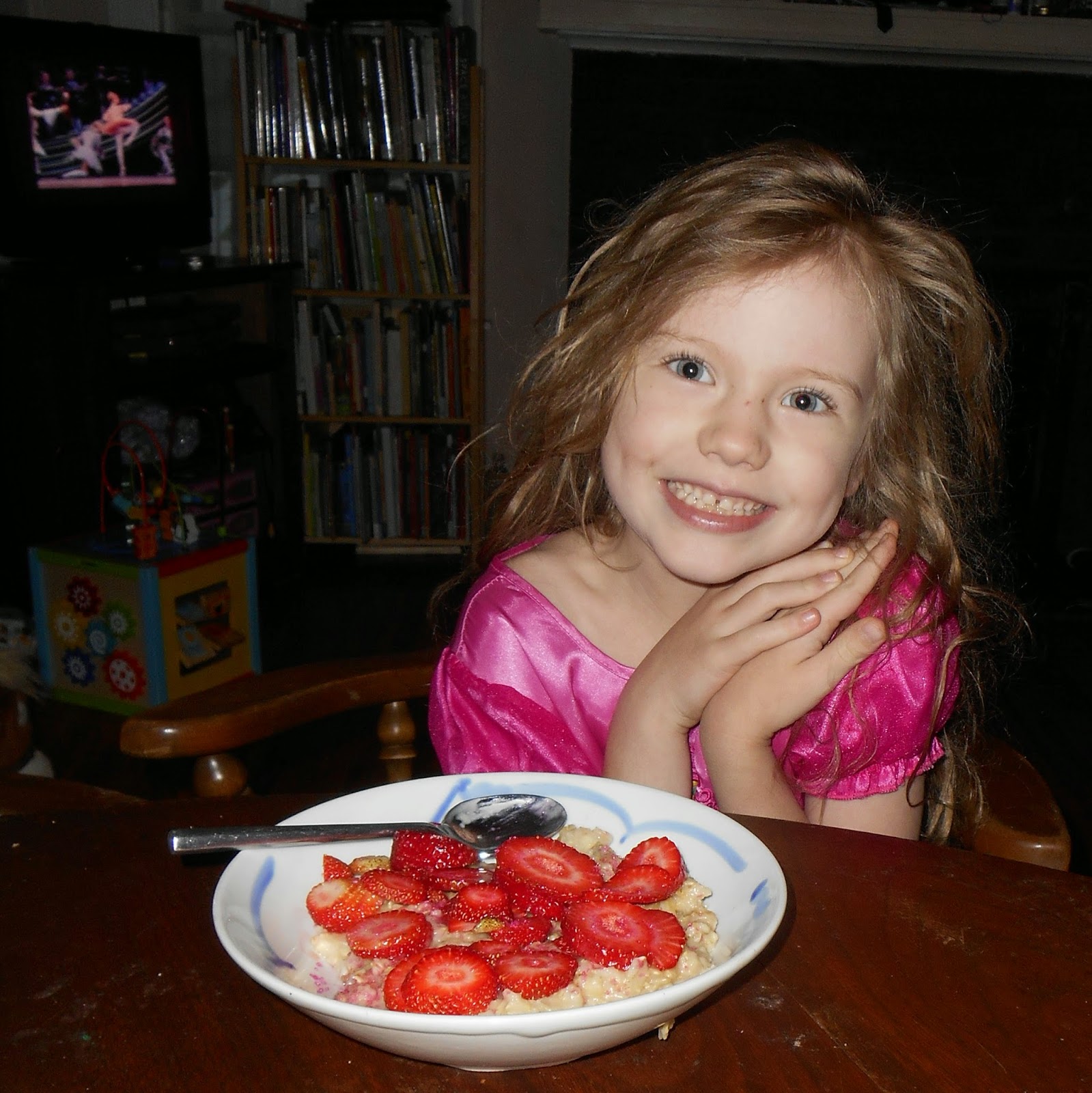 Once she finished her breakfast she changed out of her pjs and into her tutu and danced around the room.  After a few minutes Patch joined in and finally Mae came over (after checking to make sure every last strawberry in the room had been eaten) and they danced back and forth across the living room.  It was still early when the ballet was over (and Paul had gotten home after 3 am from work) and I was hoping to buy him a little more time to sleep while resting a bit more after late night baking/decorating/present wrapping and so Sadie picked a second movie to watch and settled on Annie. 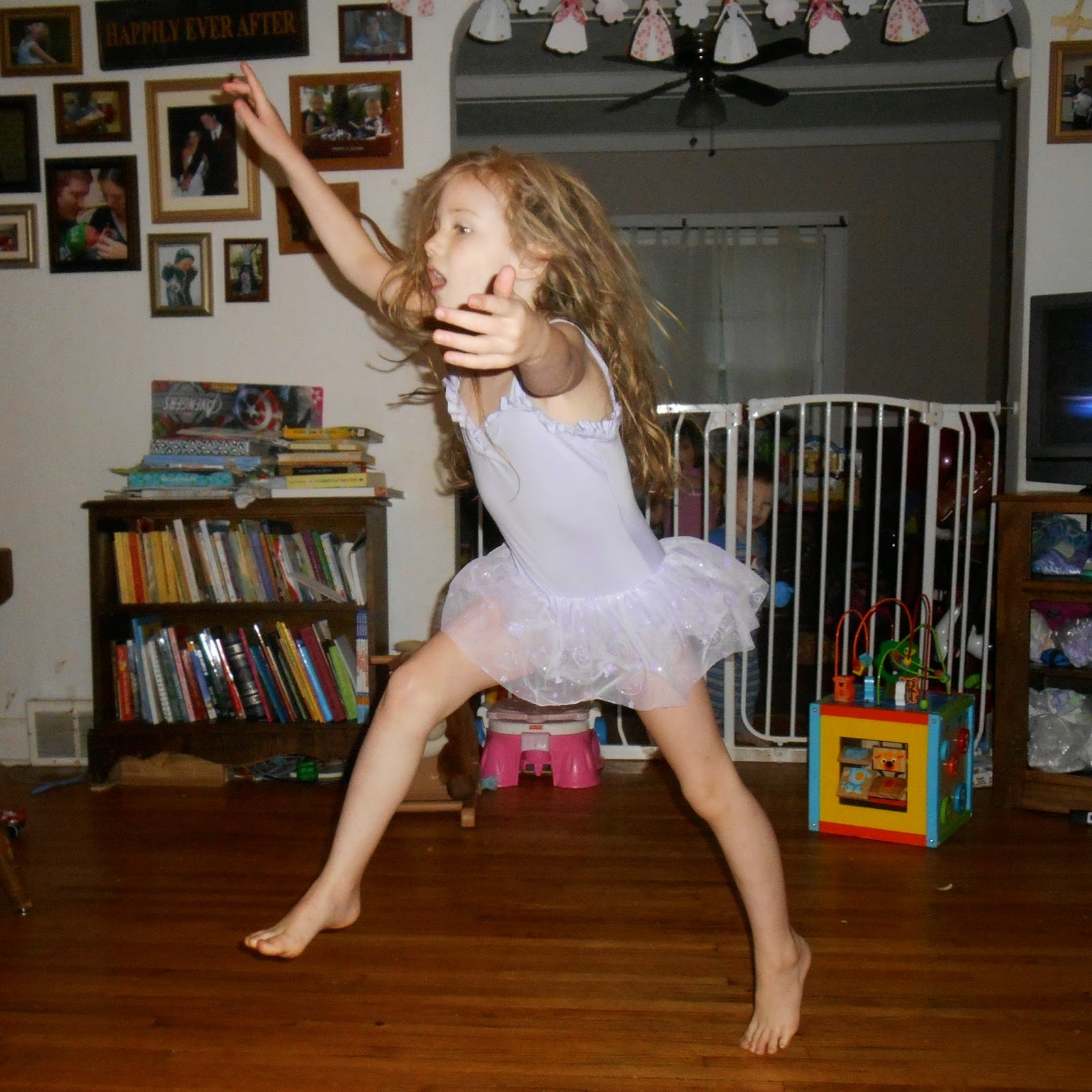 At 10 we rousted Paul from bed and headed to the Zoo.  Sadie selected her Princess Elsa dress to wear for her big day. 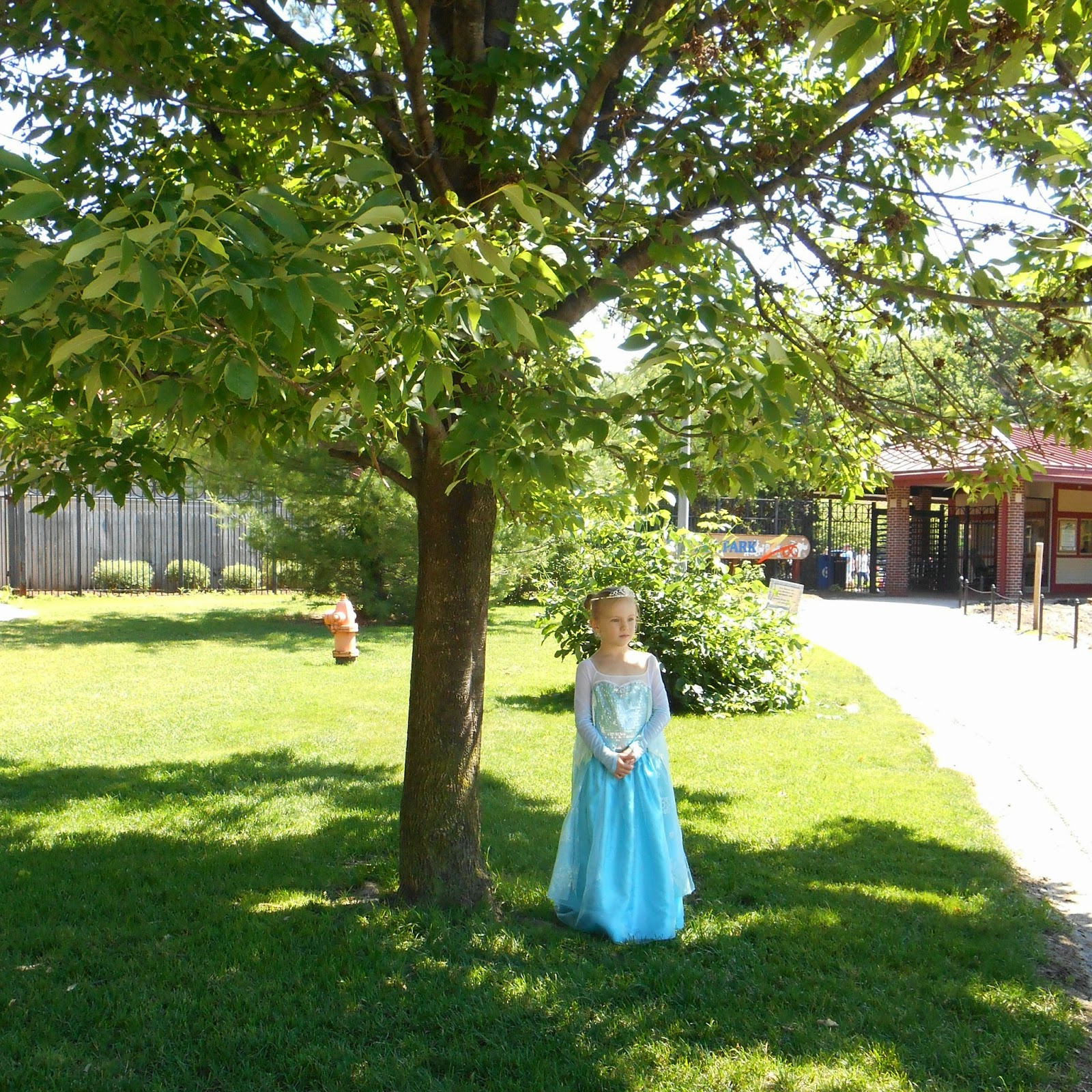 One of the cutest parts of the day might have been when Patch (who had slowly made his way across the parking lot) finally caught up with us near the entrance to the zoo.  He looked up and saw Mae and actually stopped and did a little dance in place with a huge smile on his face, which was especially funny since he'd seen her in the car not five minutes earlier. 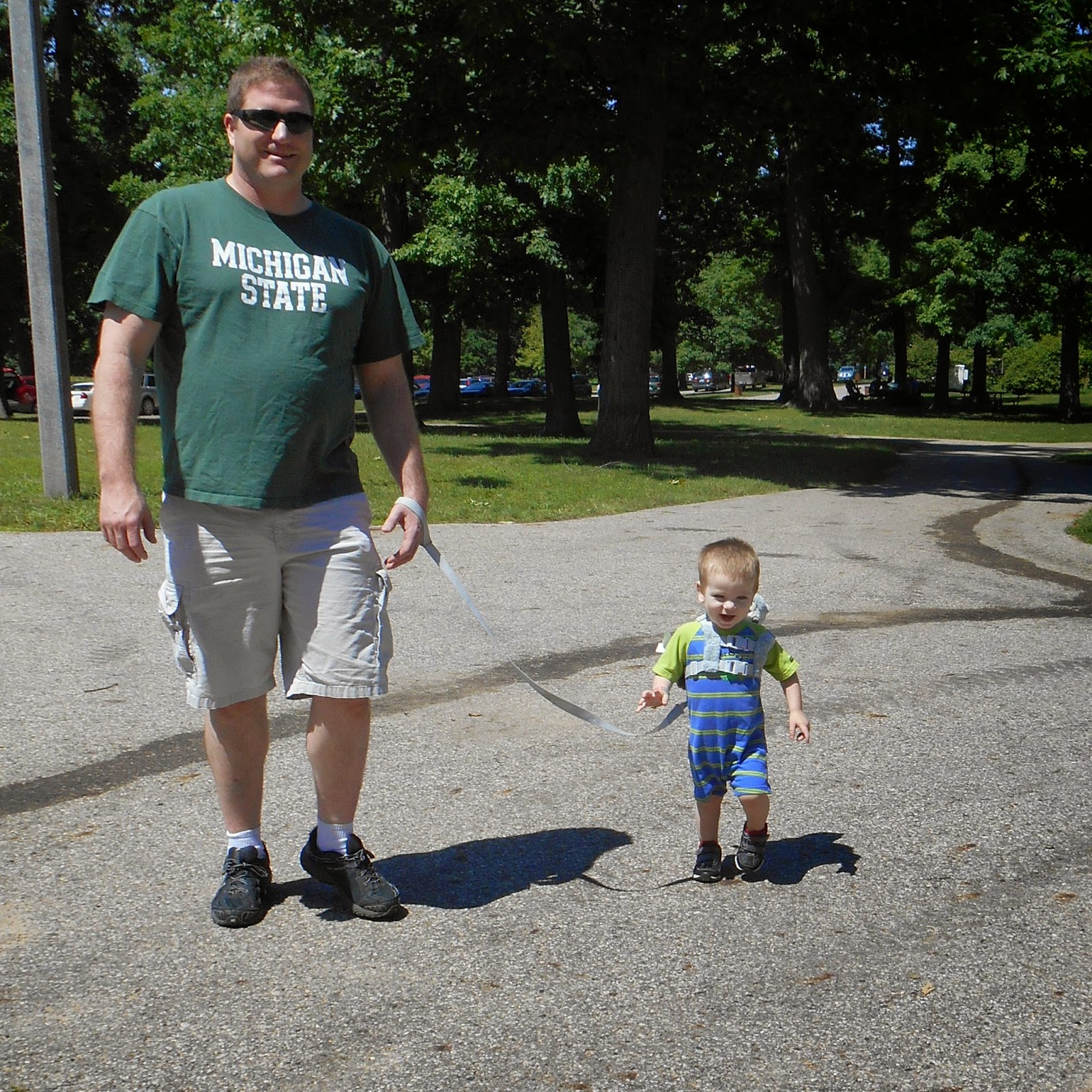 At the zoo Sadie had a plan.  She started by heading straight to the pony rides to ride Peanut: 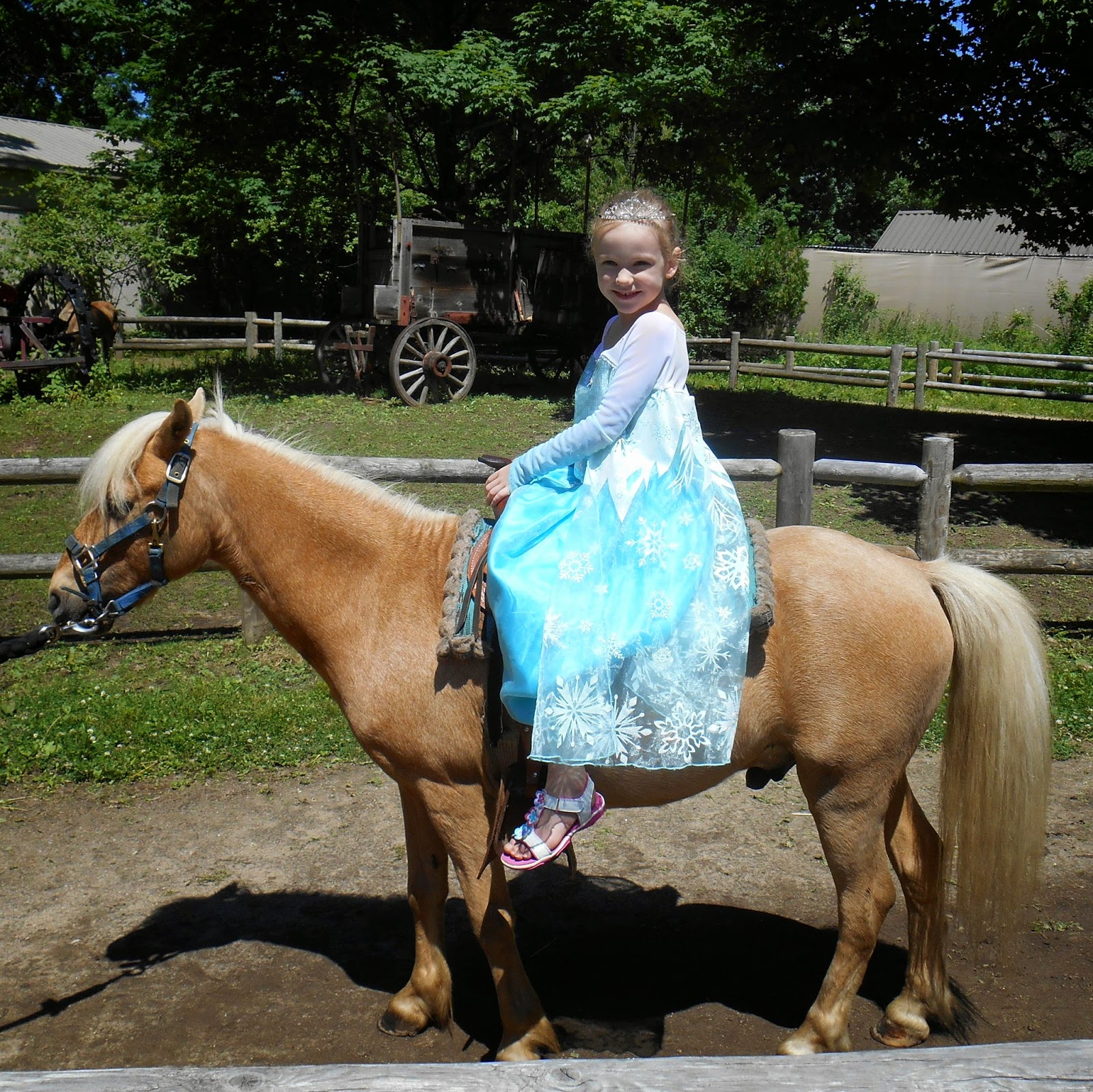 Then we walked over to the train (Patch and Mae's favorite) for a few laps around the train circle: 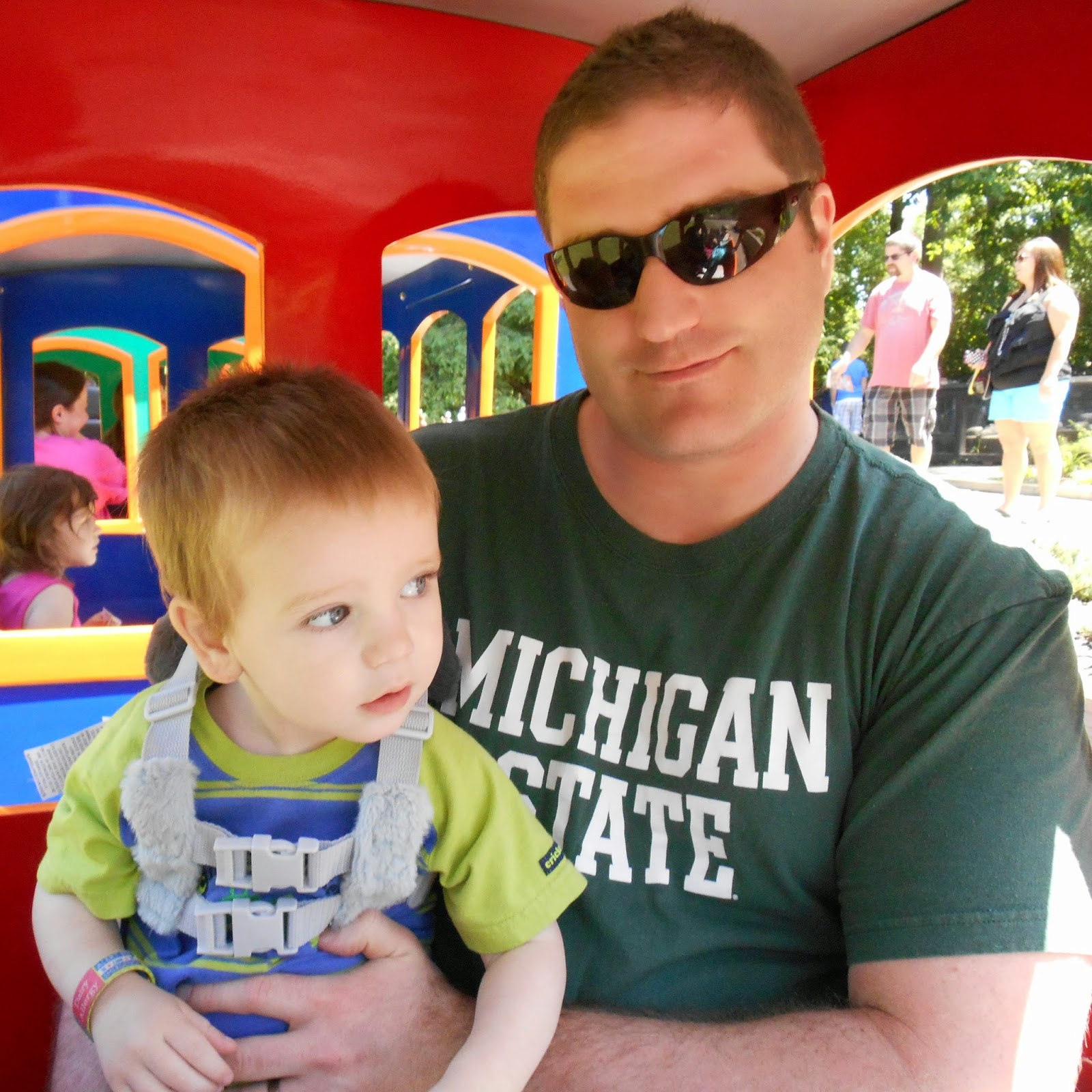 Last year Mae sat as far away from everyone else as she could.
Yesterday she snuggled as close as she could to her sister and cuddled up to her side. 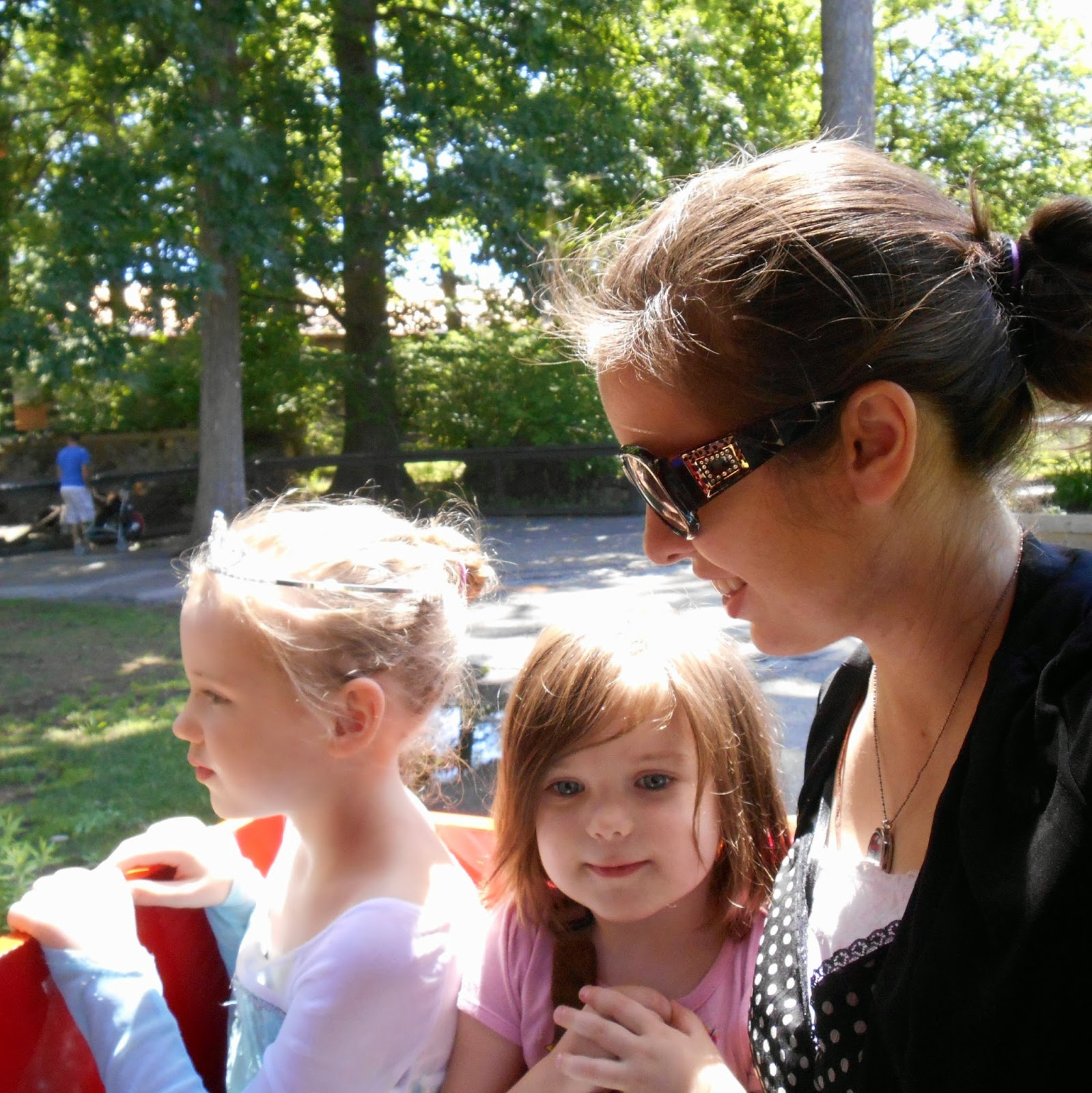 After that it was time for a camel ride: 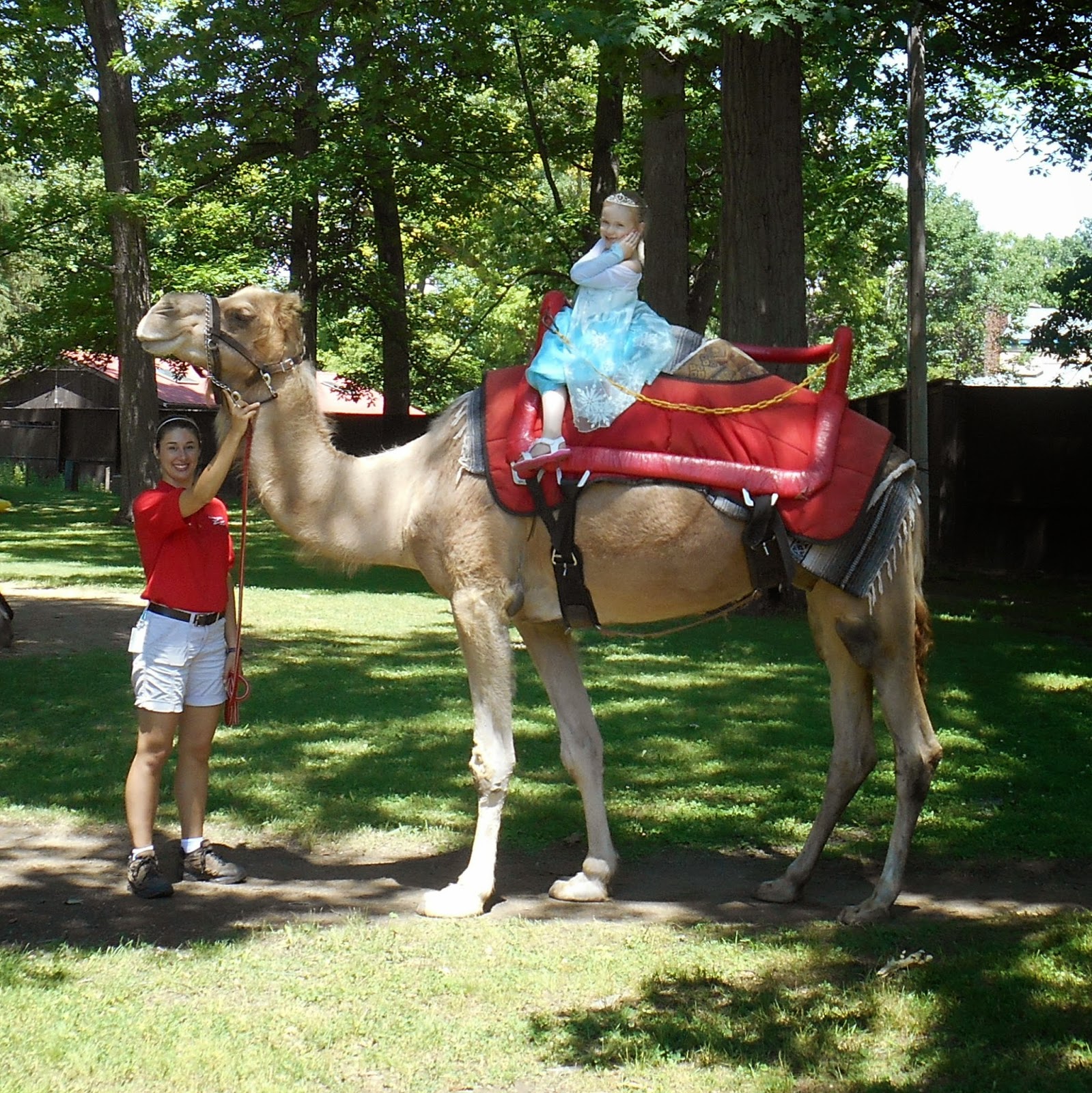 We went to lunch at the restaurant of Sadie's choice (McAllister's): 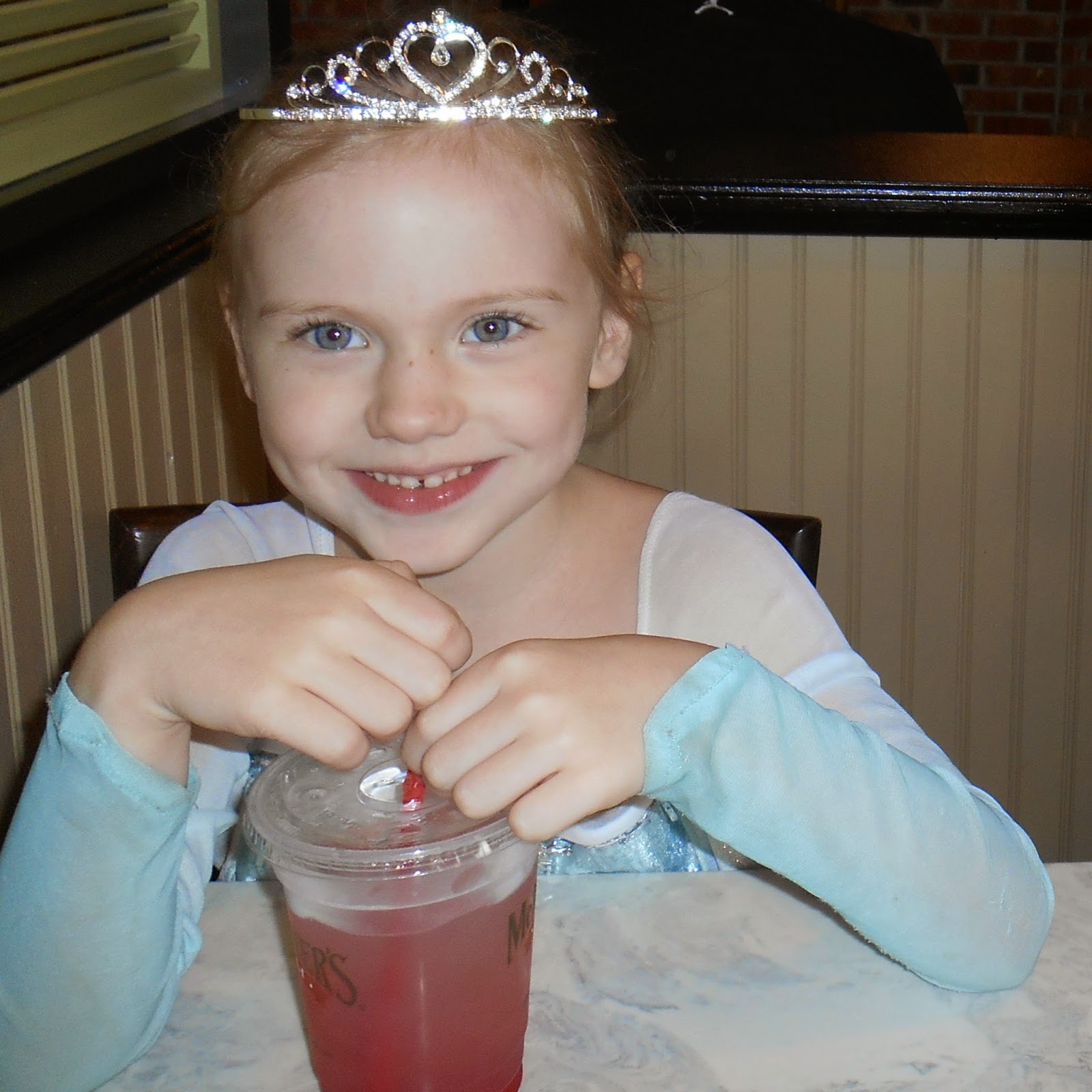 Once we finished lunch we made a quick stop by Walmart to pick up a bat for the pinata and then headed out to the lake for some swimming: 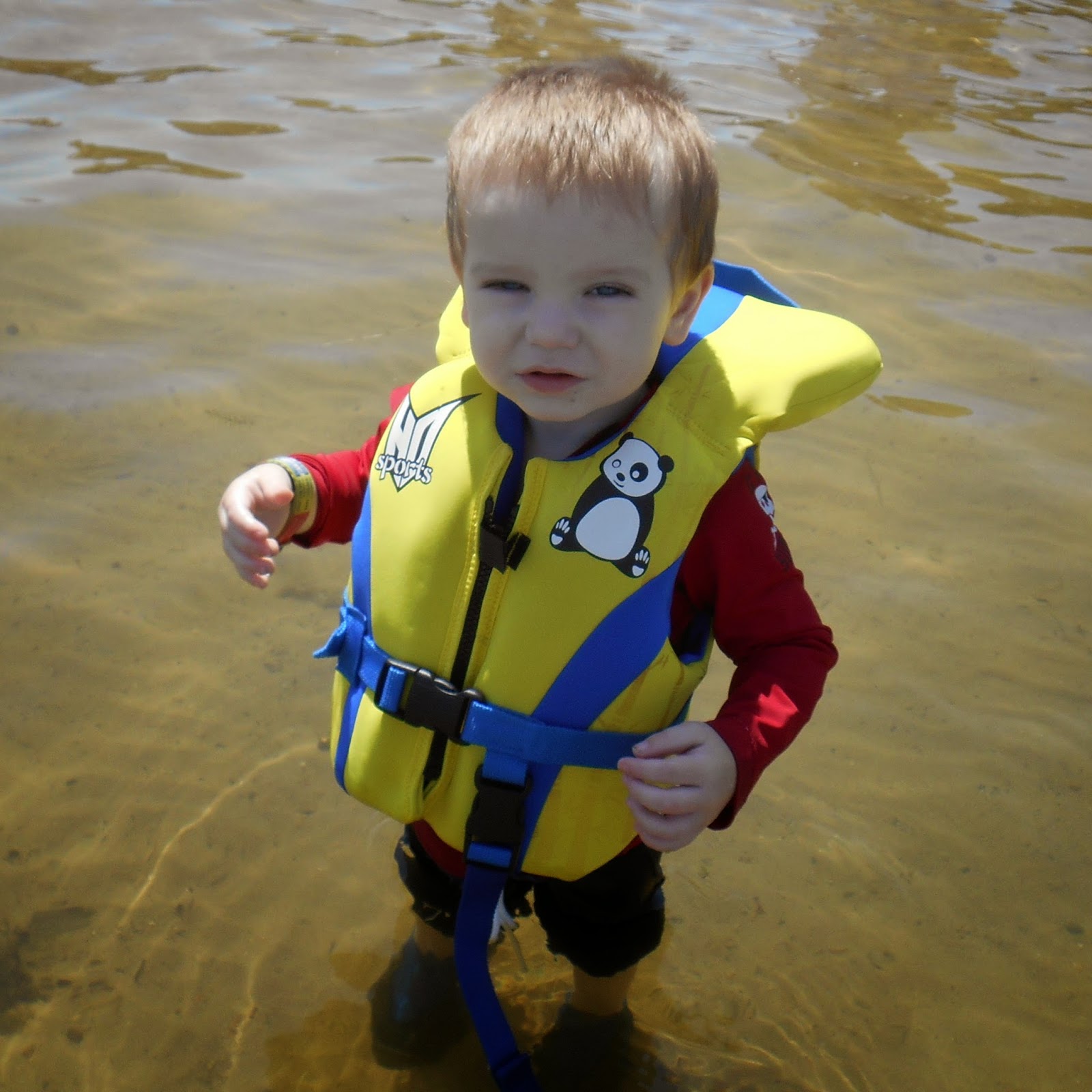 We went back home to break open the pinata: 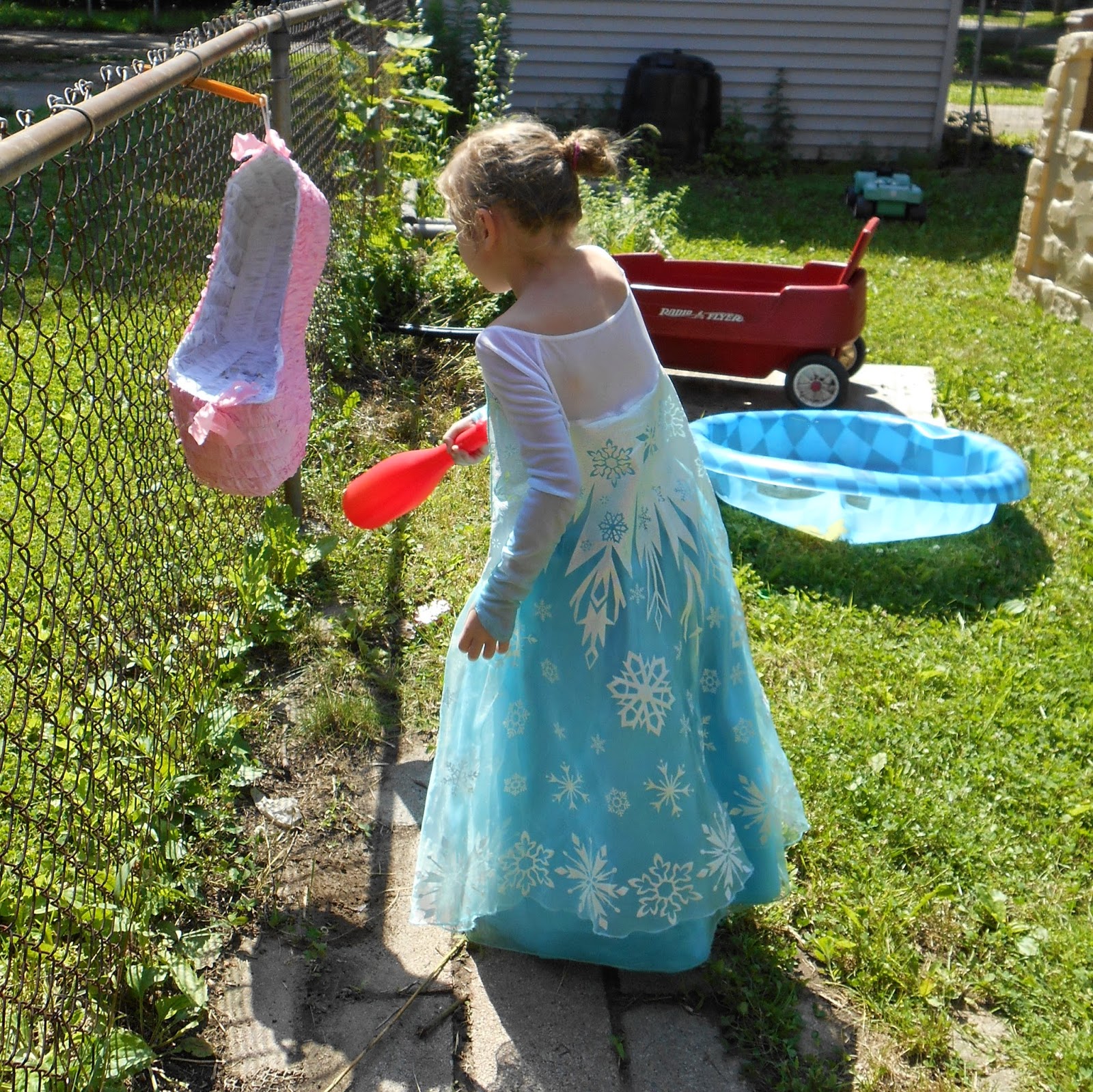 Even Patch gave it a try: 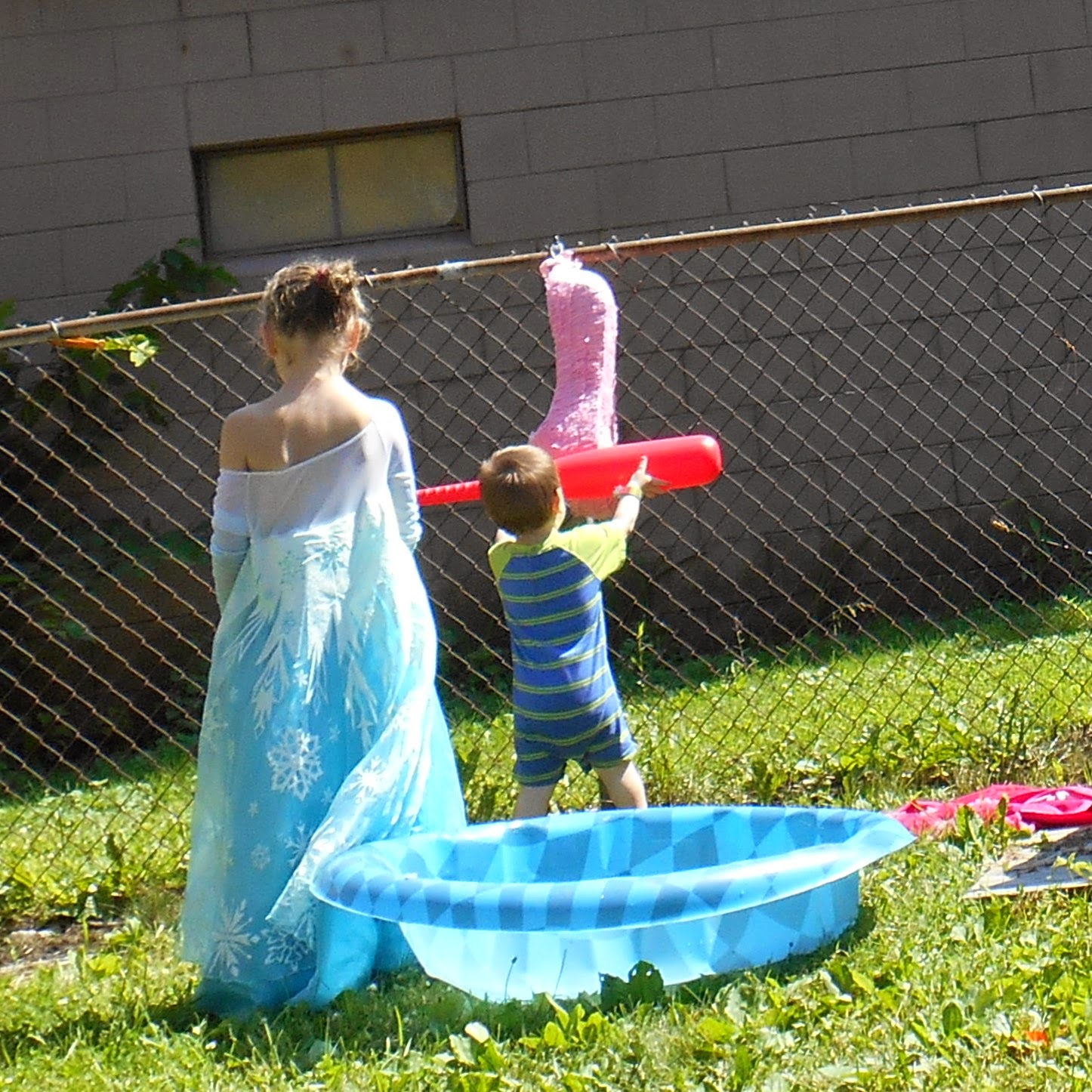 Mae couldn't be convinced that there wasn't going to be swimming at this portion of the party (I helped her get dressed three or four times and then decided that the duck would be making an appearance in the part pictures): 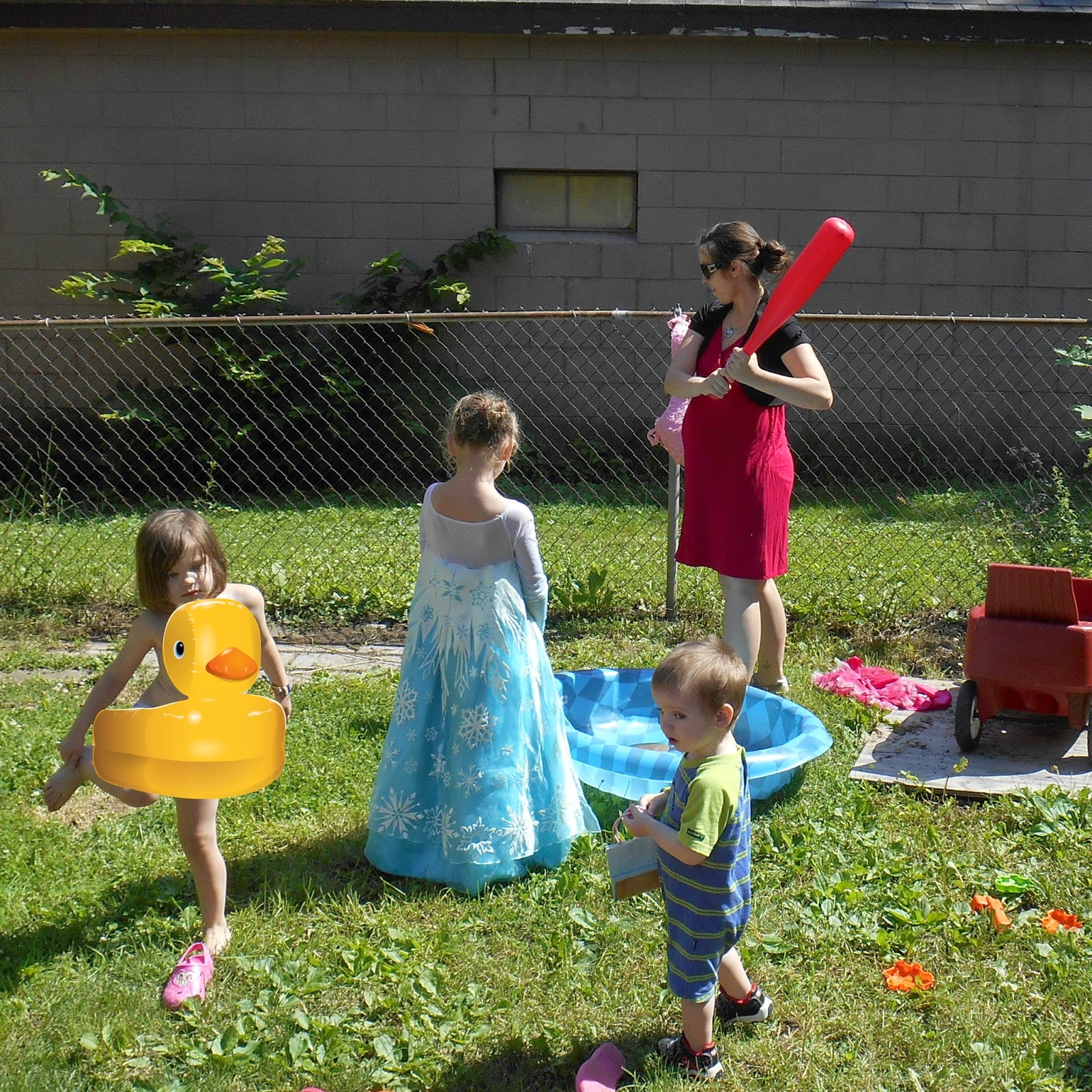 Once the pinata was broken open I encouraged everyone to go over and get candy.  It took some convincing.  It definitely wasn't the stampede I pictured.  Patch and Mae both waited for me to hand them two little candy packages and then took them over to eat them by the picnic table.  Sadie filled a little bag most of the way to the top with candy and then, when asked if she wanted more said that she thought she had enough: 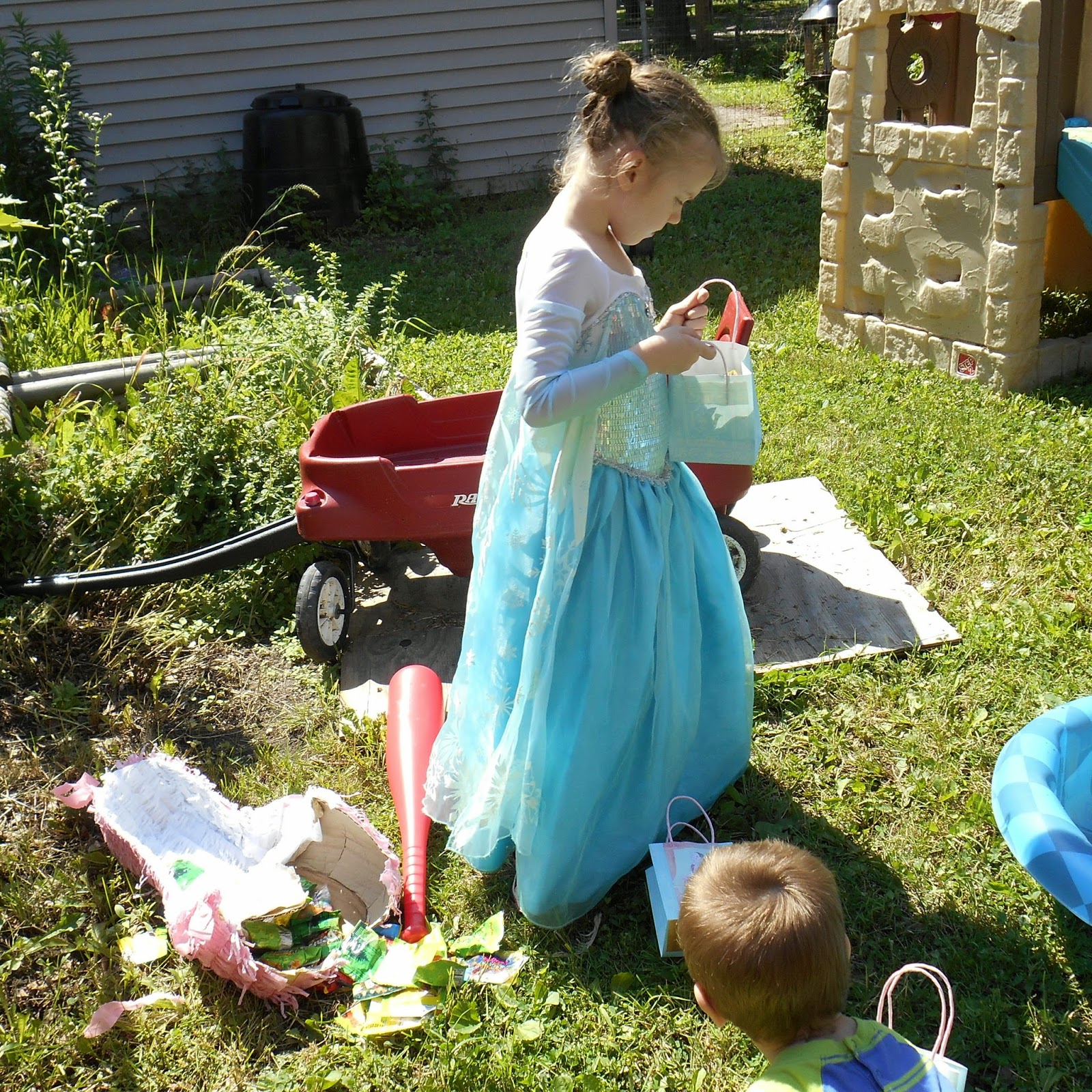 After that we went back inside for presents.  Patch started to get the idea of opening presents: 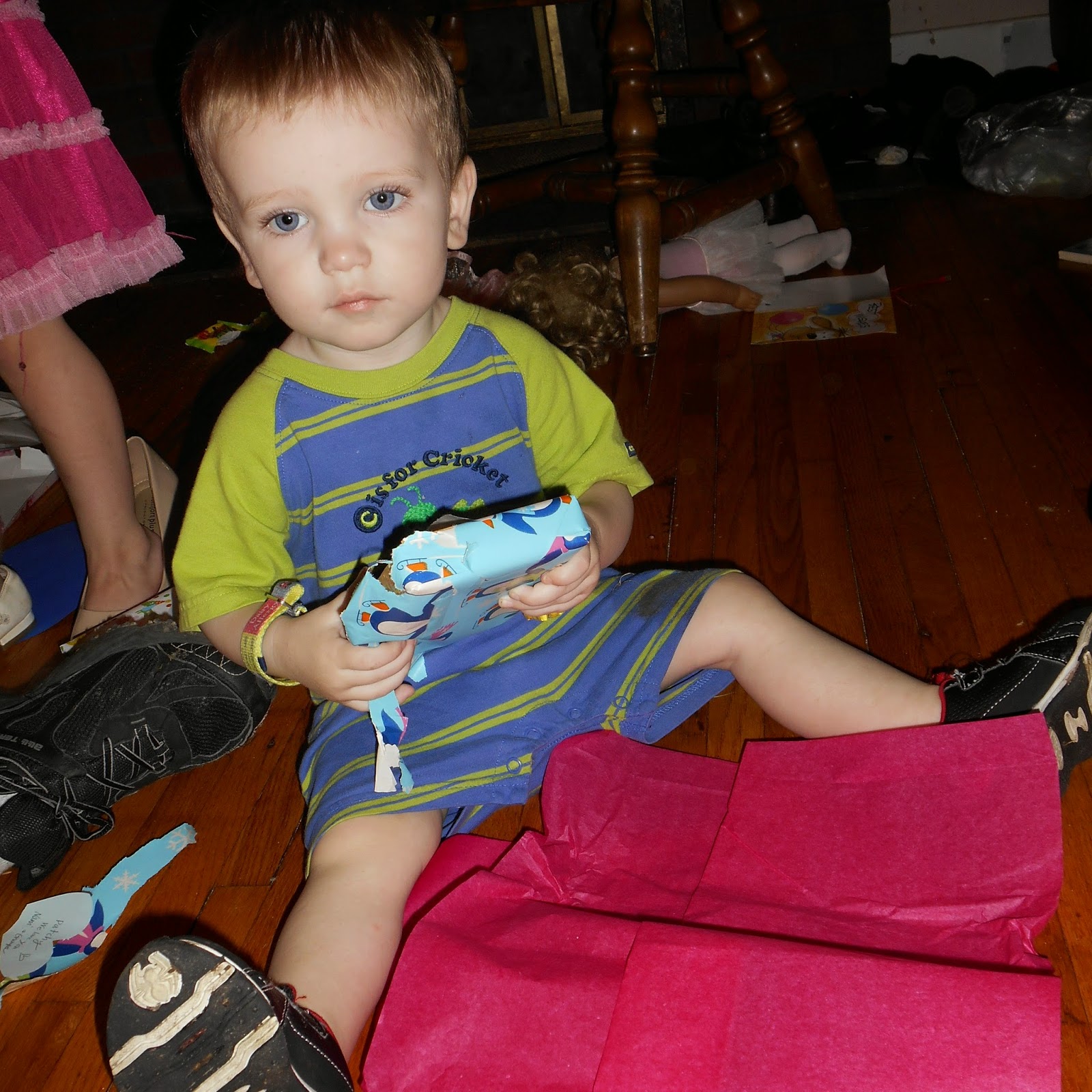 Here's Sadie hugging the doll I made her: 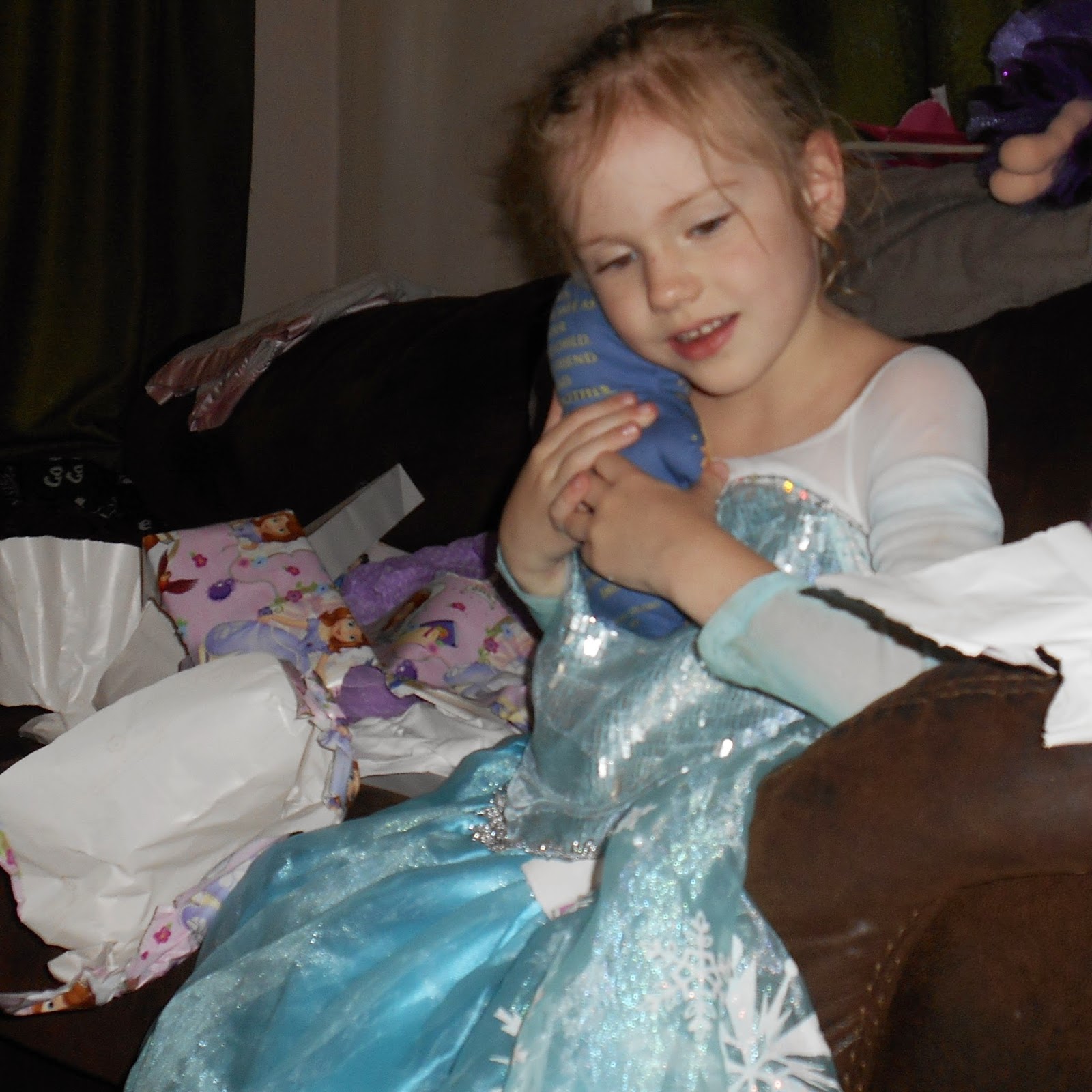 And she loved her ballerina water globe: 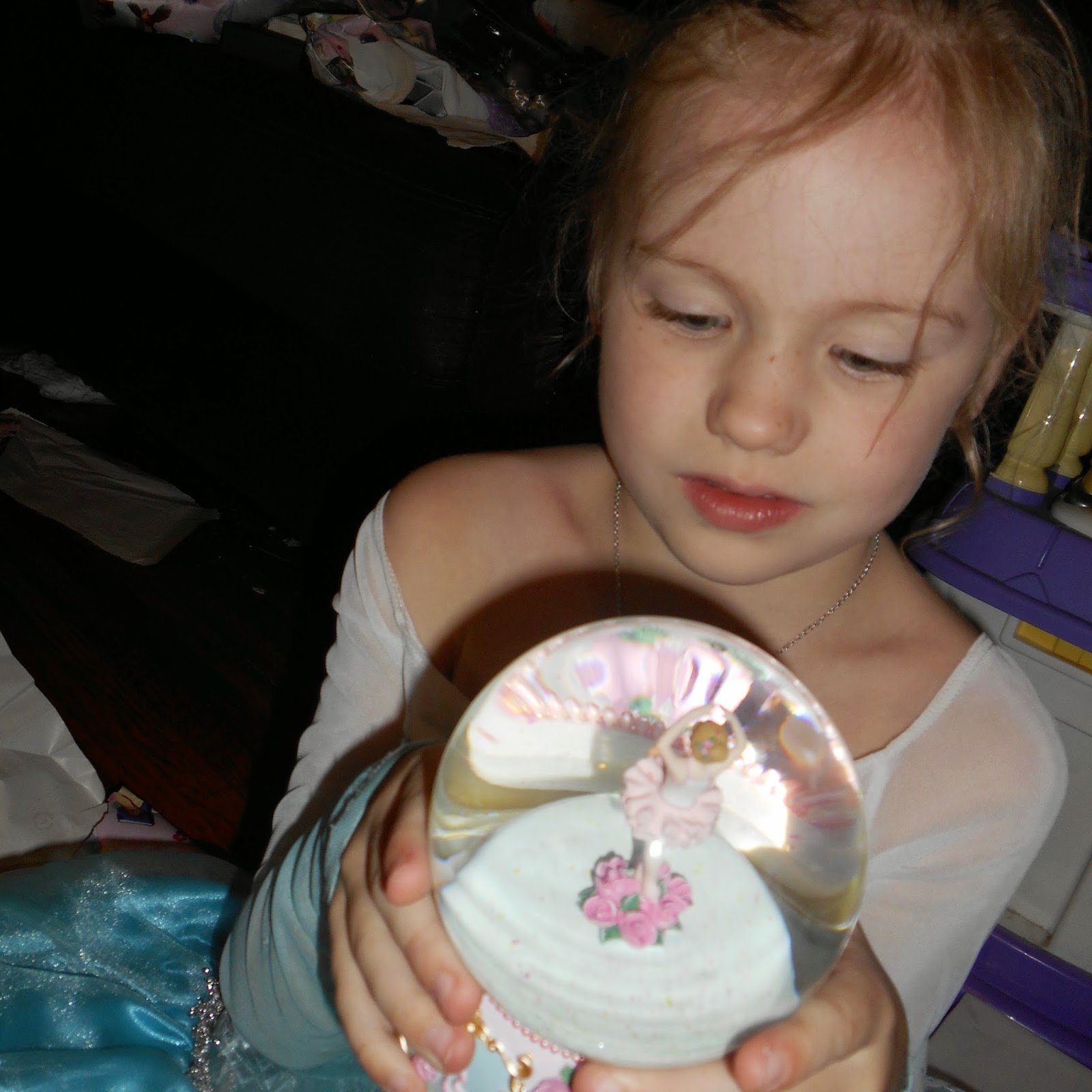 Then it was time for dinner and cake!


And finally she talked on the phone and on Skype before bed: 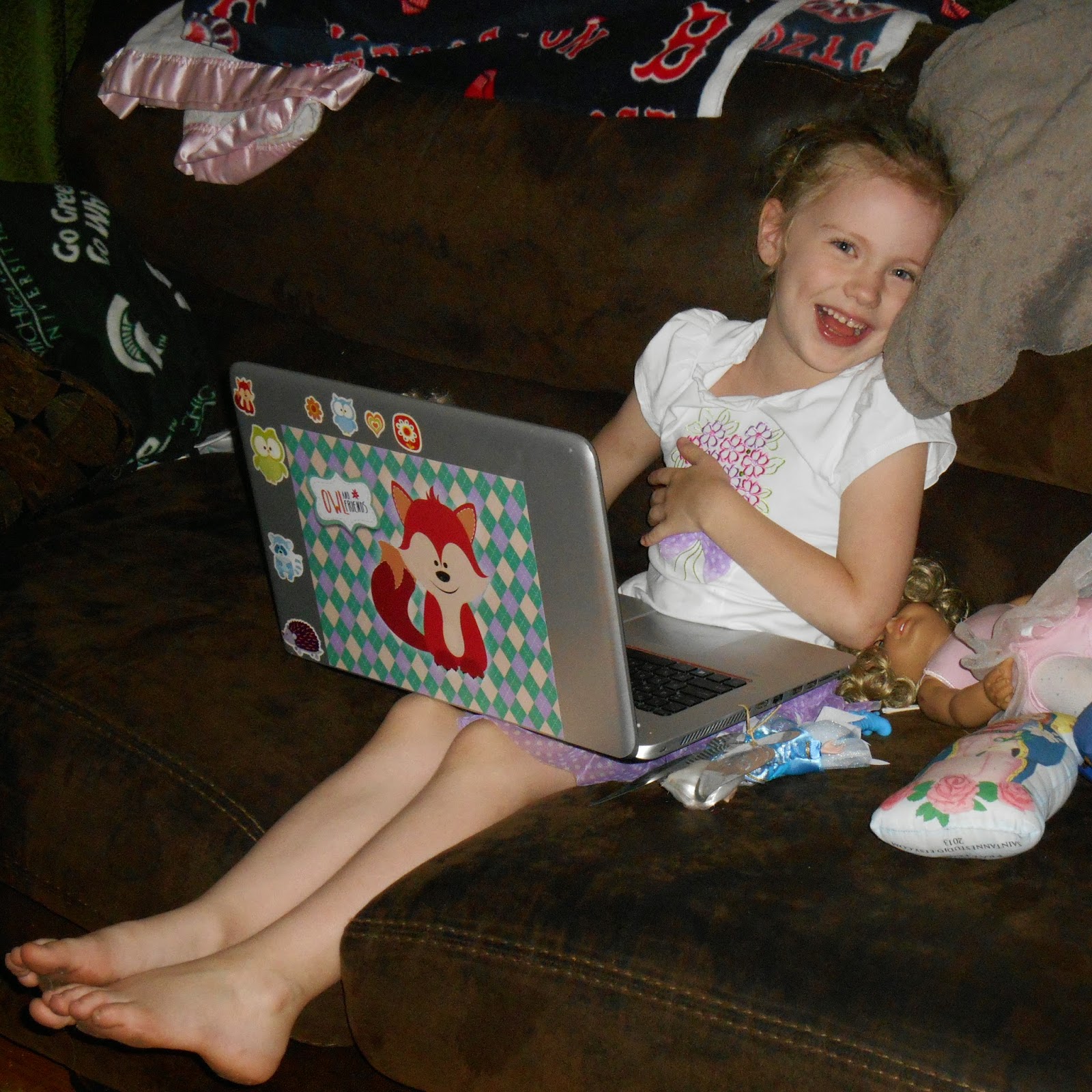 It was quite the day.  And I did spend the day thinking "I can't believe my baby is six!"  Now I can't believe that seven is only a year away!
Posted by Cammie Diane at 7:36 PM