Our Little Wanderer and her Alert Me Band

Mae's has loved running for as long as I can remember.  Even when she was tiny she would head in one direction and run and run and run, laughing, eyes bright, never glancing back over her shoulder.

One day when we were back in California we were having a picnic with my family and she started to sprint across a huge field.  I began to follow her, hanging back, waiting for the moment when she would turn around and glance over her shoulder and look at me and smile, but she didn't.  She just kept running until finally she was getting close to the end of that huge field and I ran to catch her and bring her back and tell Paul he could get her the next time, which was approximately ten seconds later.

She wasn't quite two at the time.

When I really think of it, maybe it started even earlier.  I remember going to Paul's graduation from his Master's program and sitting on the lawn outside the chapel during the rehearsal.  Mae was about 9 months old and would take her first steps in another month, but that day she was still crawling.  She was wearing a cute little pink outfit and we were playing together on the lawn and she started to crawl away.

We were in San Francisco, in a place she'd never been before, in the middle of a large field (thankfully by ourselves since everyone else seemed to be at rehearsals or already off campus), and I sat by the diaper bag and watched as she crawled.  How far away from me would she go?

She ended up crawling in a huge circle around me, stopping to sit and look around, but not at all concerned about where I was until I went and hauled her back over, only to have her crawl away again.

At the time I marveled at her independence.

Later I would wonder when the running would end, when it would begin to limit itself, when she would "grow out of it."

When Mae first got her diagnosis of autism, I began to read everything I could find, and the parts about wandering jumped off the page.  So did the news stories of autistic children or teens who'd wandered off and who were missing, that show up in my news feed on Facebook on an almost daily basis, all too often ending in tragedy. 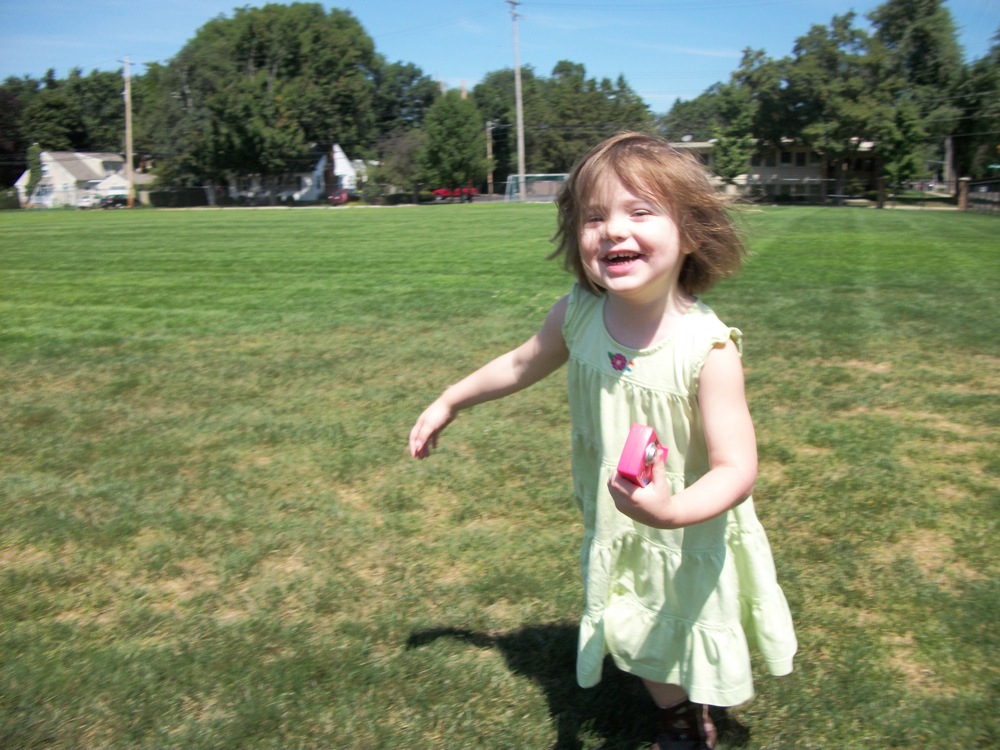 It's really the only thing that I can think of that really frightens me about the amazing little person that she is, when I look at our present or look towards the future.  It has meant three years of vigilance, and so far we've been successfully vigilant, but the thought is nearly always clearly in my mind that it would only take a second of relaxing, of turning my back, of being distracted, for her to take off in one direction at a sprint and be quickly out of sight.

There really aren't any answers to the problem of wandering that I've stumbled upon so far, but I have found one product that does at least give me a tiny bit of peace of mind since we first discovered it a little over a month ago.  A Facebook group I'm in posted a link to a site called Alert Me Bands.

They claimed that the bands were tough and hard to get off.  That was a definite plus, but I was still skeptical.  Hard to destroy didn't mean they were Mae proof.  The kid can destroy just about anything while happily playing.  Still, I followed the link and went to look at the bands. 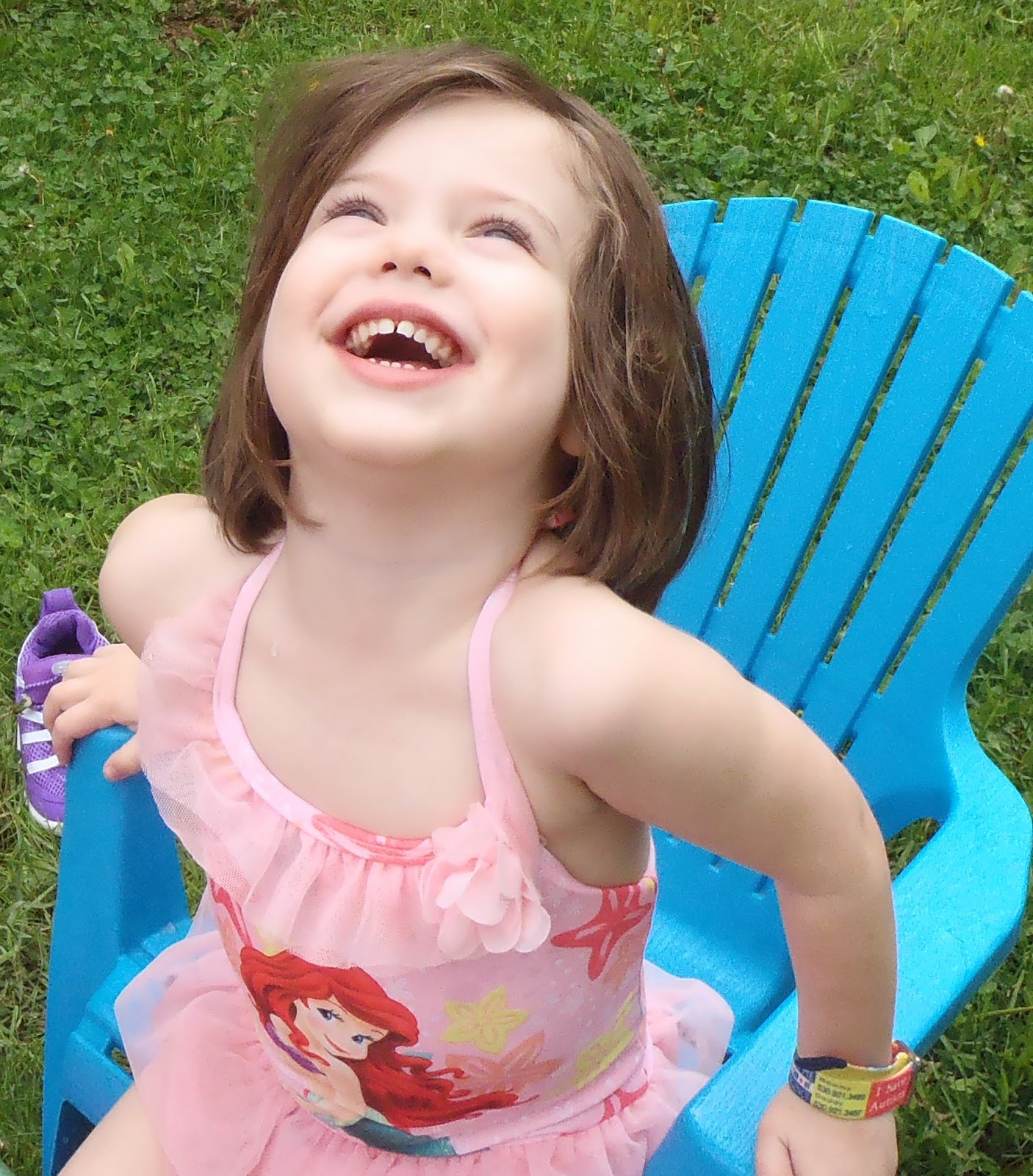 The day it arrived I adjusted it to her size and slipped it easily onto her wrist and waited for the explosion to follow.  She fussed about it for about thirty seconds and then went on playing.  The next day I tried to check it to make sure it was on tight enough and Mae was suddenly protective of her bracelet, proudly showing it to me, but not wanting me to touch it.  She'd decided over night that she liked it.

She's worn it every day for the last month and so far it's still on her wrist.  It's made of a material that is basically like a thin leash material with a metal clasp that when turned away from the person wearing it, makes it very difficult to get it off.

A couple of weeks after Mae's arrived I ordered one for Patrick with his dairy allergy and last night, after hearing Sadie lament not having one and having her point out repeatedly that she does in fact have a food allergy, I finally ordered one for her birthday so that she can join the club with her brother in sister.

Each of the kids has a different design on their bracelet.  Mae's has puzzle pieces (have I mentioned that the kid loves doing puzzles and that she can be convinced to go through otherwise difficult transitions with the promise of a puzzle?), Patrick's has fire trucks and Sadie's will be covered with purple and pink flowers. 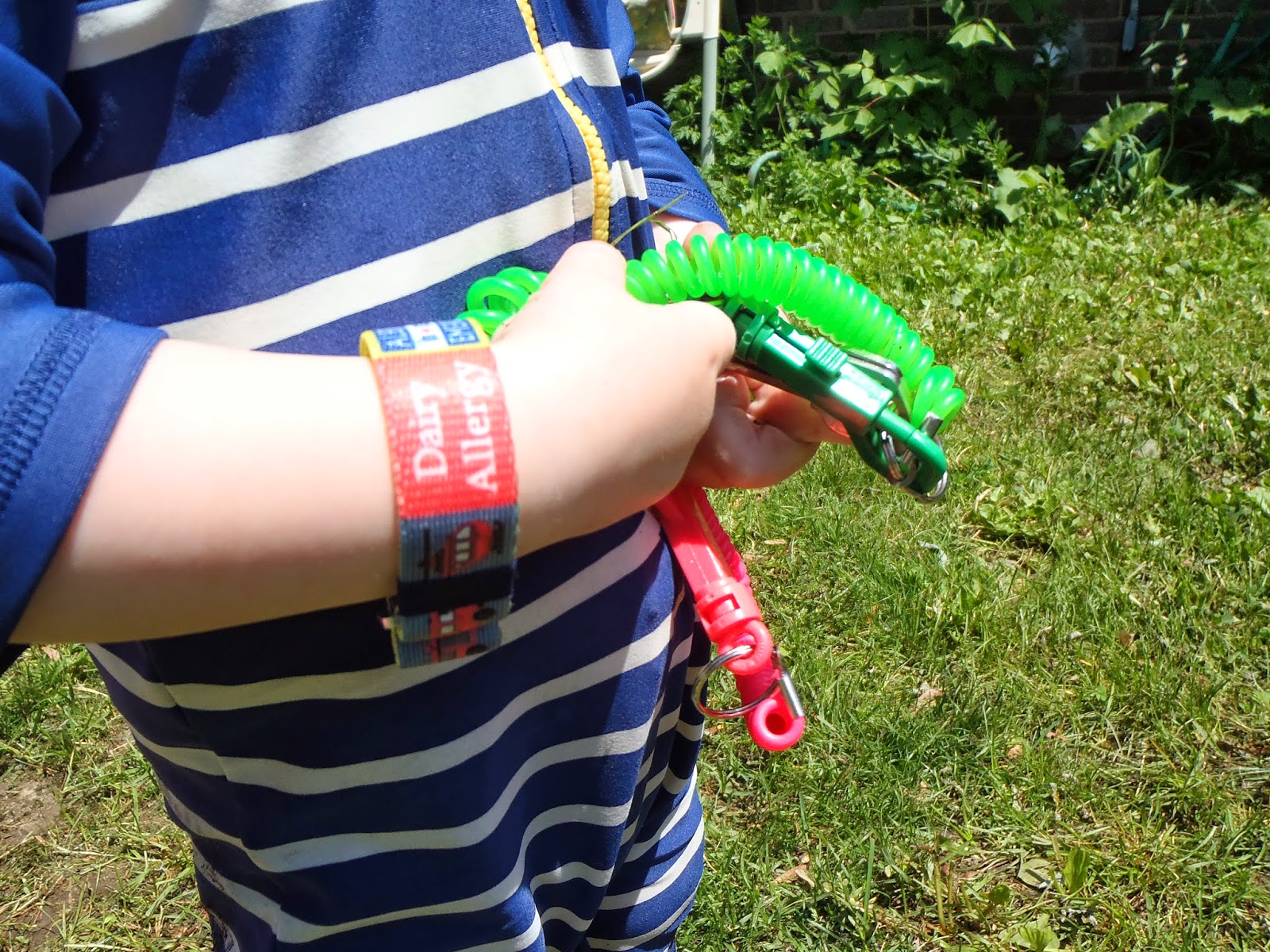 Obviously the bracelets don't solve the problem of wandering... but they do give me a tiny bit of piece of mind that if something like that were too happen, she would have my phone number right there on her wrist to tell anyone who ran into her exactly who to call.

The company who makes these bands is called Alert Me Bands and they make bands in a wide variety of designs.  The bands are made to your specifications (I even got to pick out the color of the words and background colors...a  red background for Mae and Patch and a purple one for Sadie) and they have great customer service if you happen to forget to specify those colors like I did when I put in my first order.

This isn't a paid or sponsored review.  I've paid for each of our bands myself, but I like this company and their product enough that I wanted to share them with any of you who face similar challenges with little (or not so little) wanderers (or even with allergies!).
Posted by Cammie Diane at 8:22 AM