Let the Crafting Begin: Getting Ready for Birthdays

The girls' birthdays have been steadily sneaking up on me. I know I need to find time to kick into birthday present making high gear before I'm completely blindsided by the fact that Sadie's birthday is now in less than two weeks and Mae's birthday is less than a month away.

So tonight, after doing everything else that needed to be done, I made the first thing that popped into my head.  It's a mermaid costume for Mae's doll.  Mae's doll (which I didn't make) hasn't gotten a huge amount of play time since Mae has fallen in love with all things mermaid (at the expense of anything that doesn't have a tail), so I thought I would fix that by making the doll about a million times more interesting to our little mermaid fan.

I'm planning on making a few outfits for each of the girls dolls, along with a few other presents (like mermaid outfits for each of them) that I'm still working up plans for in my head.  I have all the mermaid costume fabric... and the dolls will be the test runs before I make the real things (which are actually totally different from the dolls, but I thought the dolls would be good practice for the bottom part of the fins, which were what I was the most worried about making).

Also on the list is a new weighted vest for Mae (made out of the same material I used to make the mermaid outfit) and an idea I'm playing with for a weighted fish, since all things aquatic seem to make the cut when it's playtime.

Here's the start of my birthday preparations! Hopefully there won't be a huge last minute rush... although it seems to me that even when I've started much, much earlier there always is! 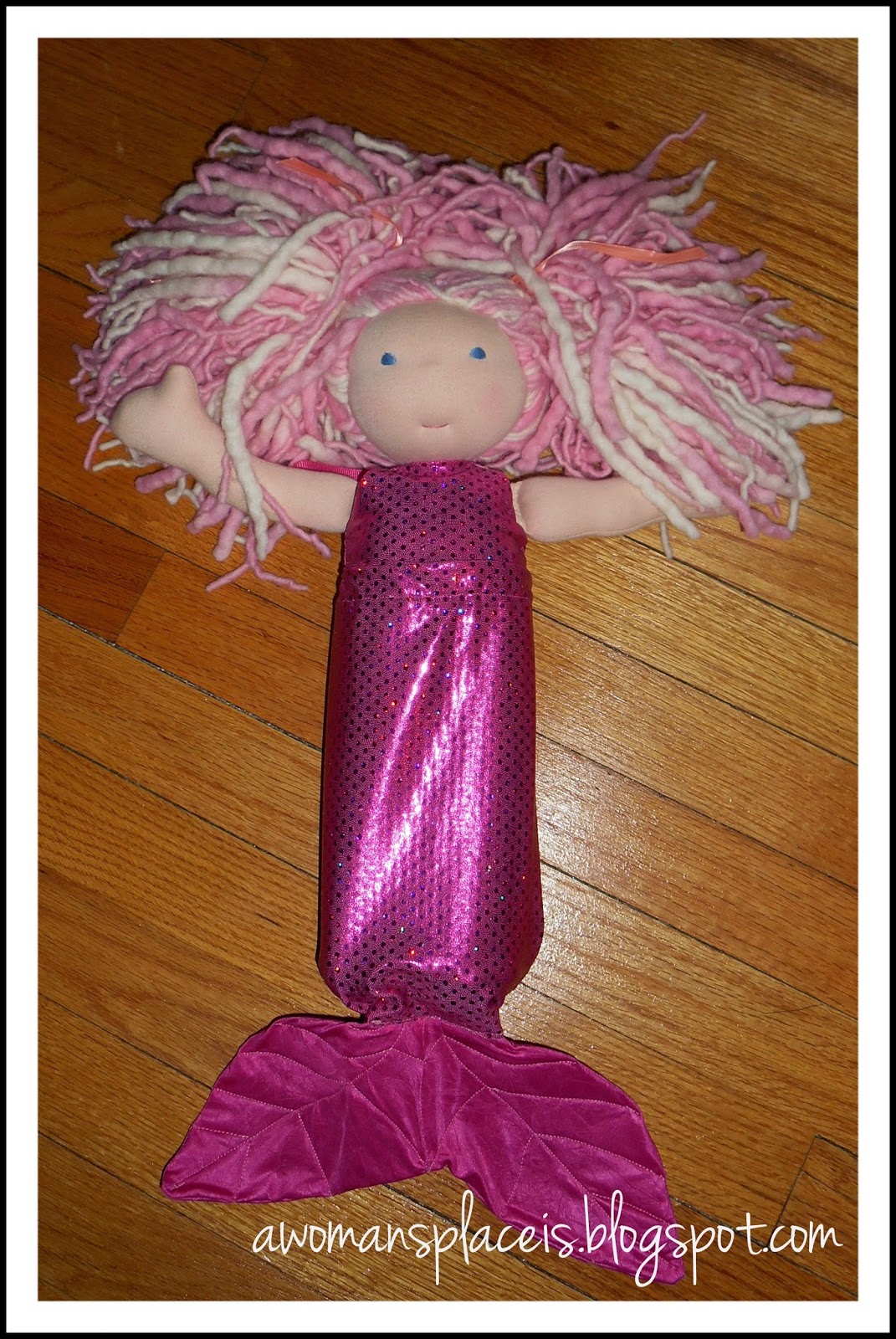