Answer Me This: Dad's, Mini Disasters and What I Almost Wore to Mass...

It's already been a particularly hectic Sunday, but I thought I'd steal a few minutes to myself (kind of... there have been about 20 interruptions since I started typing) to take part in the fun of a double link up, joining up with Kendra at Catholic All Year and the ladies at Fine Linen and Purple for Father's Day Fun!

1. What’s something you intended to do today, but didn't?

I planned on going to Mass.

Oh I had it all planned out.  One of my favorite blogging--but-also-in-real-life friends is baptizing her daughter today (law school friends we know from Florida who now live nearby) and we were so excited to be going.

Then this morning turned into mini disaster after mini disaster.  First I misread the invitation (I have no idea how since the time was clearly written) and didn't realize I'd messed up until shortly before the Mass was about to start.  But by that point Mae had already climbed two baby gates while I was getting dressed and made her way up onto the counter to eat a bag of non-dairy-free chocolate chips that I'd bought on a particularly intense chocolate craving day a while back (she's so, so fast that by the time Paul got up and into the kitchen she'd eaten some).

After that I thought that going far from the house probably wasn't the best idea... so we decided to try to make a later Mass within walking distance from our house.  I made a special Father's day breakfast of bacon, sausage, eggs, toast and hash browns.  By the time breakfast was finished Maggie had fallen off a riding toy and given herself a shiner (I believe she was standing on the toy and hit a gate as she fell down by the look of bruise...).  By the time breakfast was over a certain nineteen month old had gotten sick at the table mid-breakfast and spent the next half hour screaming his head off... and I was done.

By then I was relieved that we didn't make it to the baptism because that likely would have spread whatever it is around that Patch apparently came down with... especially if he'd gotten sick during Mass.

Paul is still planning on taking Sadie to the Mass tonight (she has been going on all day about how she just can't wait to go to Mass because "you know God's a Father too"... but I will be home on baby duty hoping that we're maybe almost done with the viruses for this years very, very long flu/virus/whatever season (October to June?!?!).

I am the one who grills around here but I don't tend to stick to a particular recipe.  I usually throw together a rub with garlic powder, onion powder, cumin, paprika, chili pepper and whatever other spices fit my mood, or make a marinade involving those same spices (and sometimes do both).  I also tend to throw in a little oregano and basil and maybe tarragon in!

I'm such a bad recipe follower unless the recipe is in my head... and even then I tend to tweak it depending on my mood!

3. What movie did you see most recently?

Dora Rescues the Mermaid (or something like that... the second Dora mermaid movie, not the first).  Maggie loves Dora.  Maggie loves mermaids.  And this movie is one that all three kids love.  In fact, it's one of the few movies Maggie will watch head on instead of watching it out of the corner of her eye from behind the gate in the playroom.  And since I actually saw her wiggling along with Dora this morning after I called it a sick day and put on the Roku, I count it as a big win!

As for grown up movies?  I can't even remember! 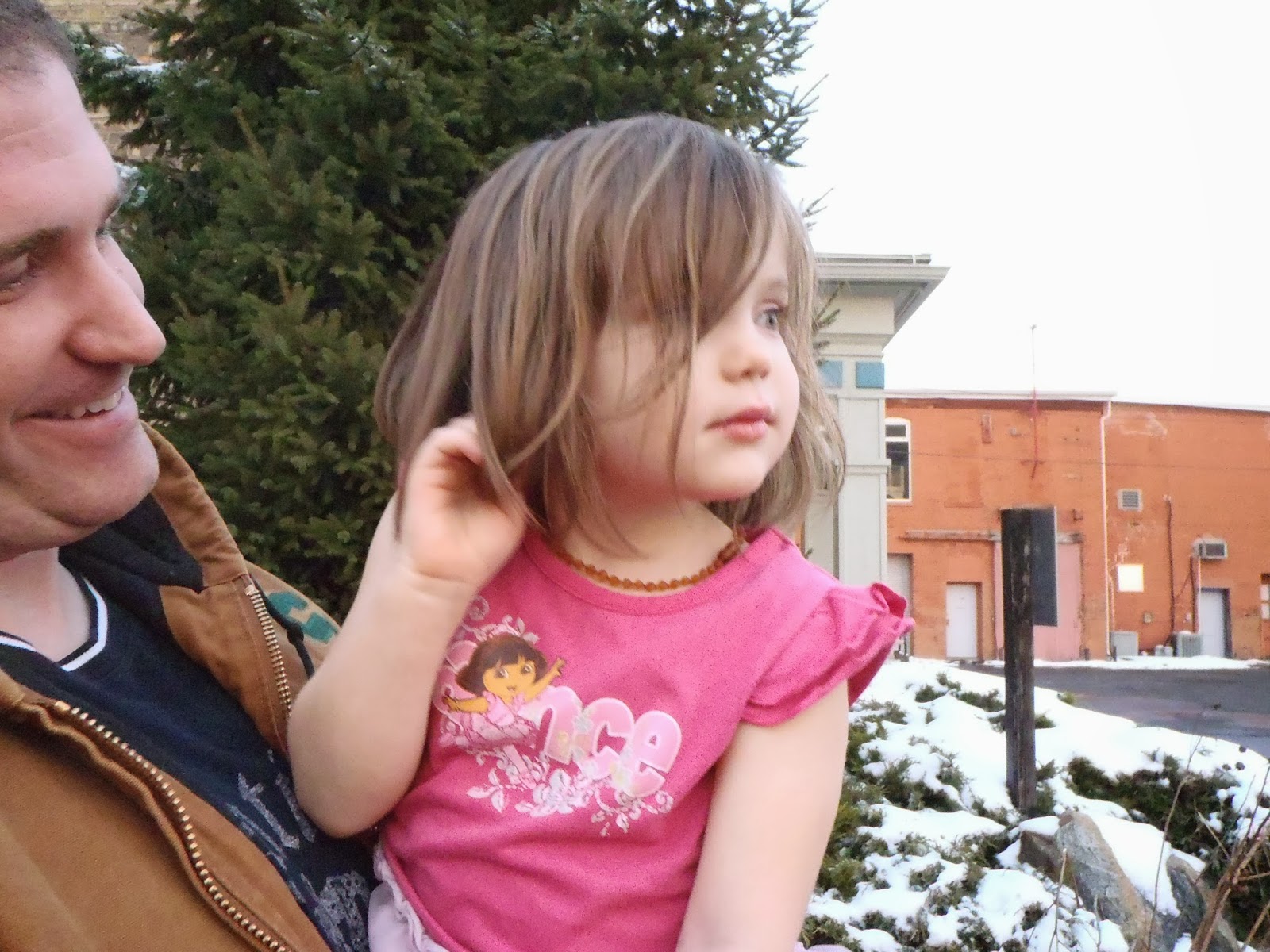 4. Would you say your tendency is to over or under react to medical situations?

I feel like I don't over react right away, but once things go on and on (like Mae having a fever every week since pretty much April), I start to get panicky not having answers.  I kind of feel like in the beginning of this latest illness I under reacted (not taking her in since it was such a low fever that came and went for the first four weeks) followed by overreacting where we got to spend time in the ER and in the doctors office over and over again each week not really getting any answers other than "it's another virus, it's another virus... must be another virus..."

5. Do you squeeze the toothpaste tube or roll it?

6. What are you doing for Father's Day?

Right now I'm hiding in the kitchen while the kids play in the playroom together.

We started the morning out with that somewhat eventful Father's Day Breakfast, followed by a trip to the store to get Sunday papers for coupons and then Paul who got in at 3 am after work and got up at 6 am, went back to sleep.

He'll be sleeping until 4 when we're going to have an early dinner (I'm grilling steaks for the second time this year because there was a good Father's Day sale at Meijer) before he and Sadie head out for Mass while I get the baby's ready for bed, and then he'll likely start up studying for the bar once the kids are asleep... then I'll finish re-sewing some snoods that are apparently out there lost somewhere in mail land that will hopefully someday make it back to me, so that I can re-send them out tomorrow morning.

And because I did get all dressed up today and am still walking around in high (for me) heels and haven't yet changed out of my Mass clothes even though I'm not going to make it to Mass, I'll share my What I Wore Sunday (when I tried to get to Mass) outfit and join in the Link Up fun:

This dress is one of my Thred Up maternity finds.  The shoes are from Payless Shoes circa 2009.  And the sweater is, I think also from around 2009 when I was trying to find shoulder covering cardigans to wear with some of my dresses!

Happy Father's Day to all you Dad's out there!  I hope you had a great day!
Posted by Cammie Diane at 3:12 PM