WIWS/Answer Me This: Phones, Love and my Favorite Church...

It's Sunday and that means I'm mashing together some of my favorite link ups for one link-tacular post!  I'll start with Answer Me This, where you get to learn a little bit more about the people who participate in Kendra's Link-Up.

I'm kind of horrible with phones.  I forget mine constantly.  I lose it constantly.  And it is always on silent when I lose it.  Why is that?

Sometimes I wish that I had a smartphone for the couponing possibilities... but other than that I don't really miss having one!

Okay... that's not entirely true.  I also miss having one on those instances where we swing by Chipotle after doing a bunch of errands on certain Friday afternoons to pick up dinner and I send Paul in with a list and the kid behind the counter will inevitably say  "You know, you could have just ordered online."  And Paul will say "Oh we just decided to stop by... We weren't really planning on coming in."  And then the kid will say:  "You could have ordered on your phone."  And Paul will say:  "My phone is so old it basically has a rotary."  And the kid will be confused because he or she has no idea what a rotary phone is.  So yeah.  Some version of that conversation has happened to either Paul or me at least a dozen times since Chipotle started online ordering and on those days I kind of long for a smart phone.

2. Which is your favorite meal of the day?

Dinner.  Or any meal in which Paul is home and it's not just me eating with the kids as the only adult, making sure Mae isn't swiping something off of her brother's plate and that Patch isn't throwing his entire plate on the ground.

Bath.  I've just never been a shower person... so if I have time, even just a tiny bit of time... the answer is almost always bath.

4. Think of a person you love. How many days have you been in love with that person? 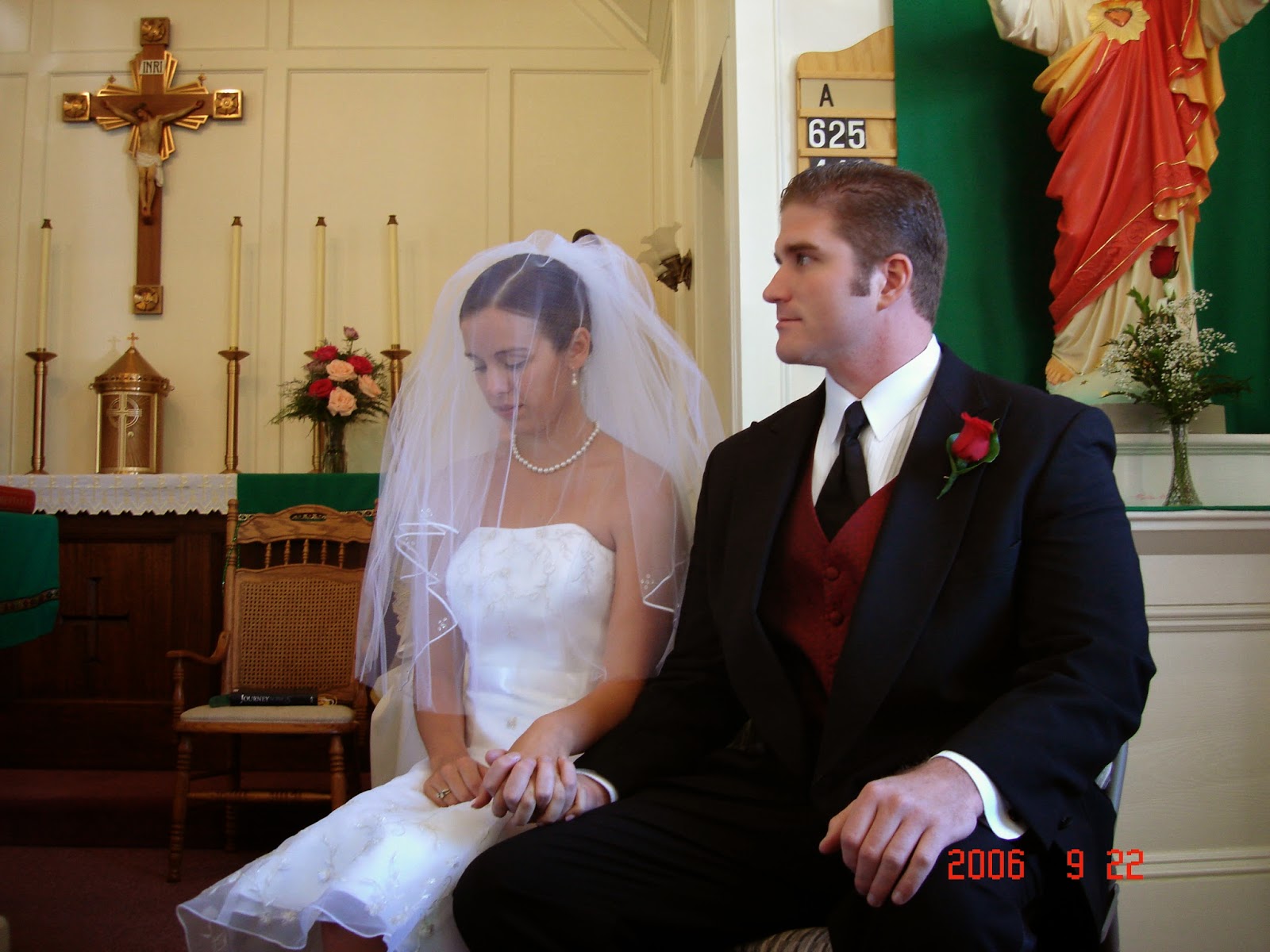 5. What's the best church you've ever been inside?

Can you name this particular church?  I had a hard time choosing but... I think this one carries the day:

We had Mass instead the tiny space that all those people are filing into behind us (I'd say what it was but that would probably give away where we were!) and it was absolutely amazing!

6. Happy Feast of the Visitation! Has anyone ever come to help YOU?

So many people over the years!  The time that stands out the most was when I was in the hospital at 36 weeks when I was pregnant with Patch, going through test after test (even a 36 week amniocentesis, that had to be done twice because a certain someone moved into the needle the first time) because of a "Mystery Virus" (it was a fun four nights and five days with infectious disease and a steady stream of doctors coming in and out trying to figure out what was going on) and my mother-in-law and then mom and dad came out and took care of the kids so that Paul could keep going to school.

It wasn't an easy job, especially since Mae had never been away from me in her entire first two years of life, but it was definitely comforting knowing the kids were well cared for while I was sick: 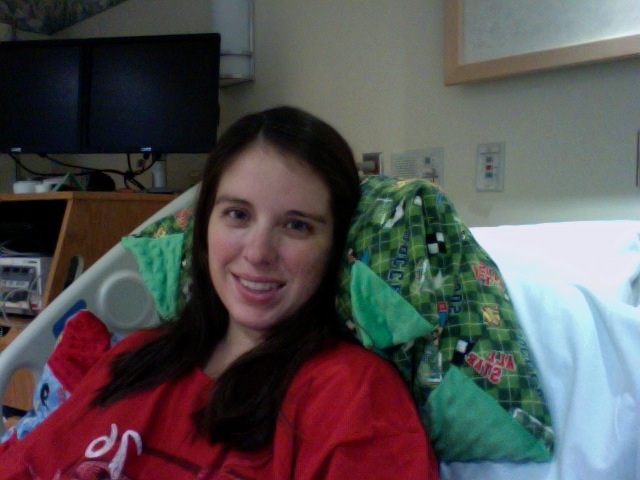 For a second week in a row (this has to be a record for this spring) we mostly made it through Mass without any major disasters.  Sure, Maggie and Patch both seemed to think that my veil was a rope to climb up to sit on Mamas lap, and we didn't make it all the way to the final blessing (when the screaming started 70 minutes in, after communion we finally took them out...  the announcements get us just about every time... and Patch is just done at the 70 minute mark), but we made it for 70 minutes which, with Mae and Patch is something, right?

Here's the line-up of what we wore:

Why yes that is another dress from Thred Up.  And in addition to the $10 free dollars you get if you've never ordered there before I recently discovered something else fantastic.  If you go to Thred Up through Ebates (another place where I got a $10 gift card for signing up and which is so worth it if you do any online shopping) you get 7.5% back in your Ebates account on anything you spend at Thred Up (which I have deposited into my paypal, so it's real actual rebates, not just credit somewhere).

The only problem is that I'm afraid these second hand deal stores online have kind of ruined me for regular shopping...  because when I see regular clothes in non-second hand stores I now reel with sticker shock.

I wore my non maternity wrap dress with a shrug that I found a long time ago on clearance at Penny's and the only pair of shoes that currently don't make my feet want to cry (so just pretend they aren't there...). 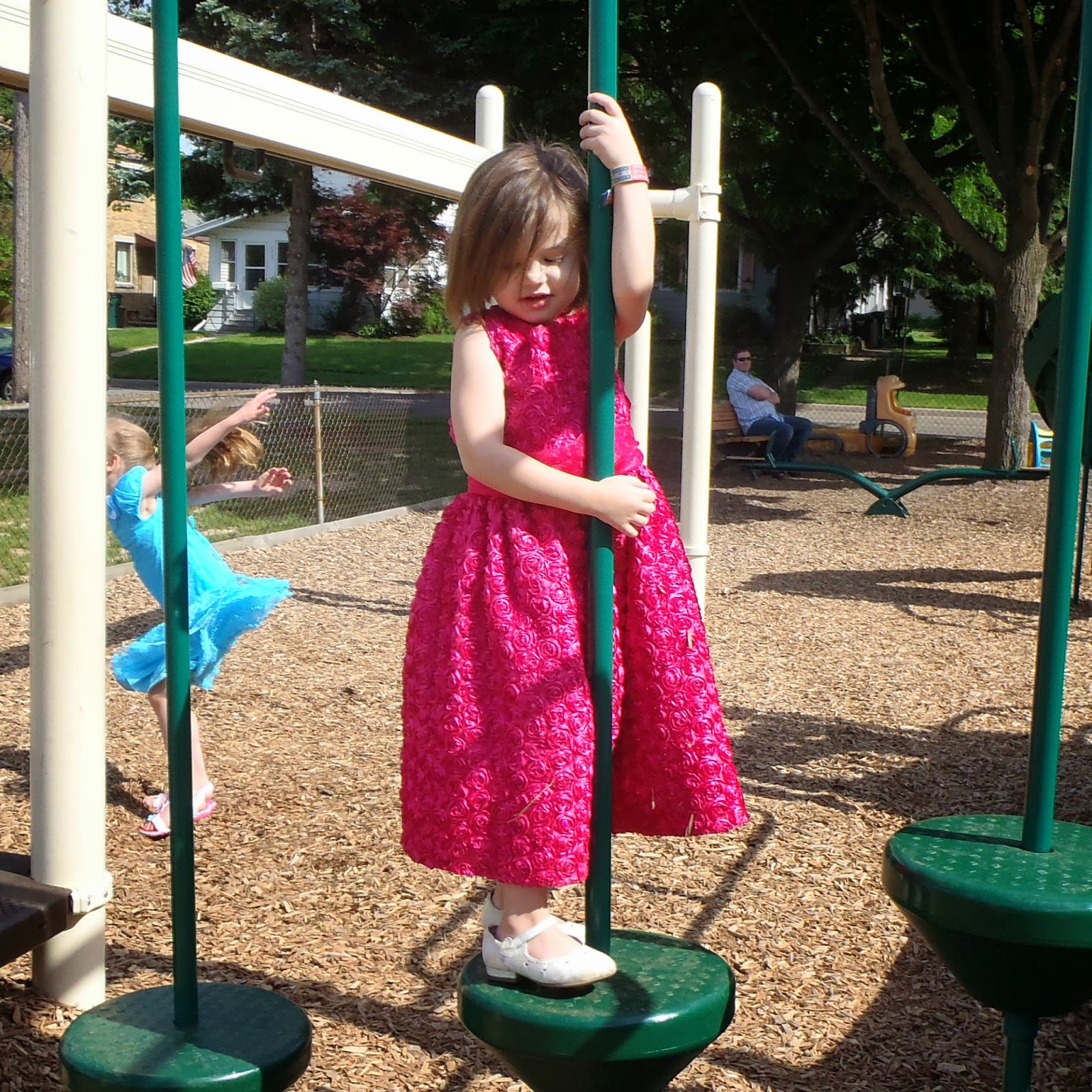 Maggie wore a dress that was Sadie's Christmas Dress a couple of years ago and a pair of shoes that she insisted on that was a size too big. 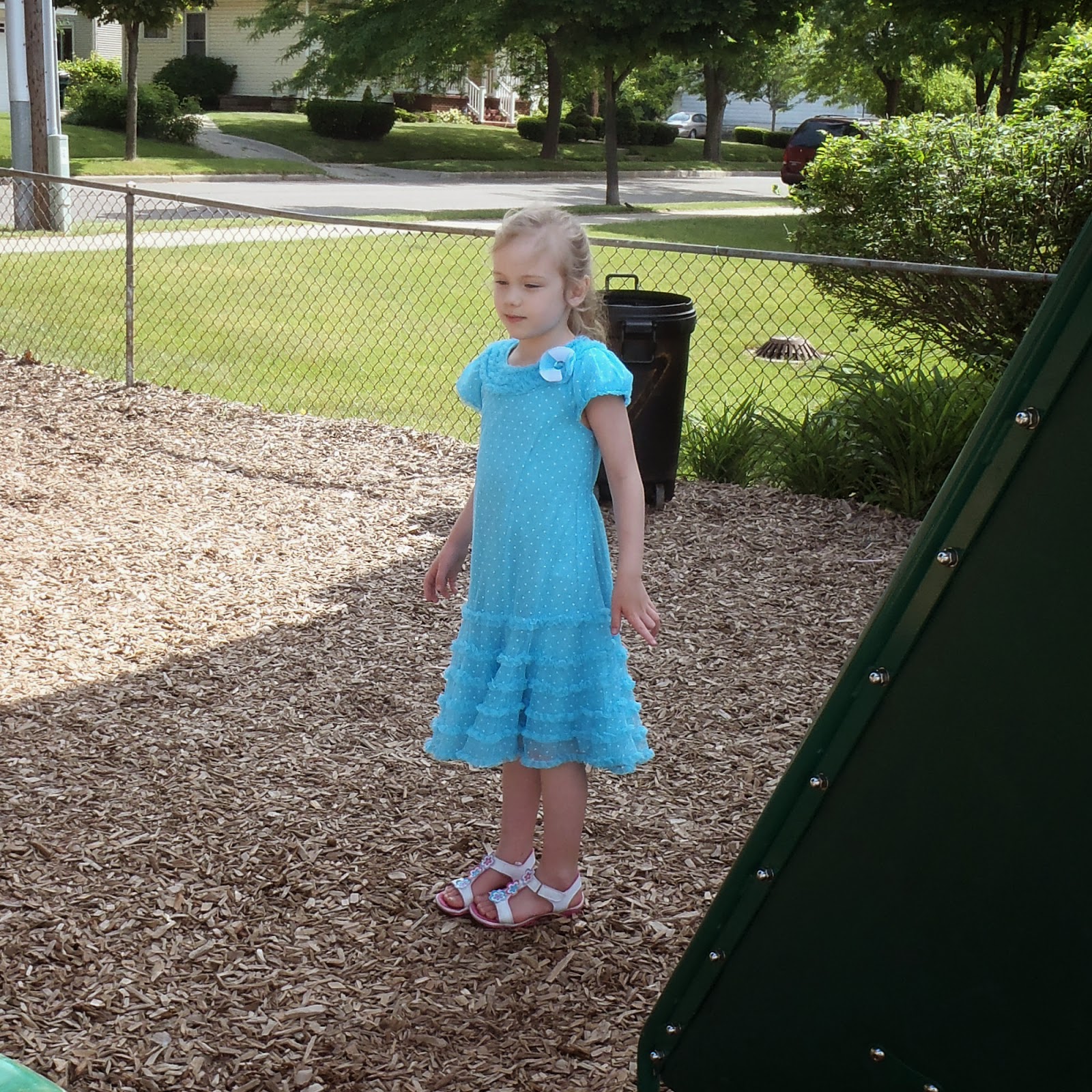 Sadie wore this dress (which I'm 99% sure was from Costco) from last summer, which thankfully still fit her (it must have been ankle length last year)! 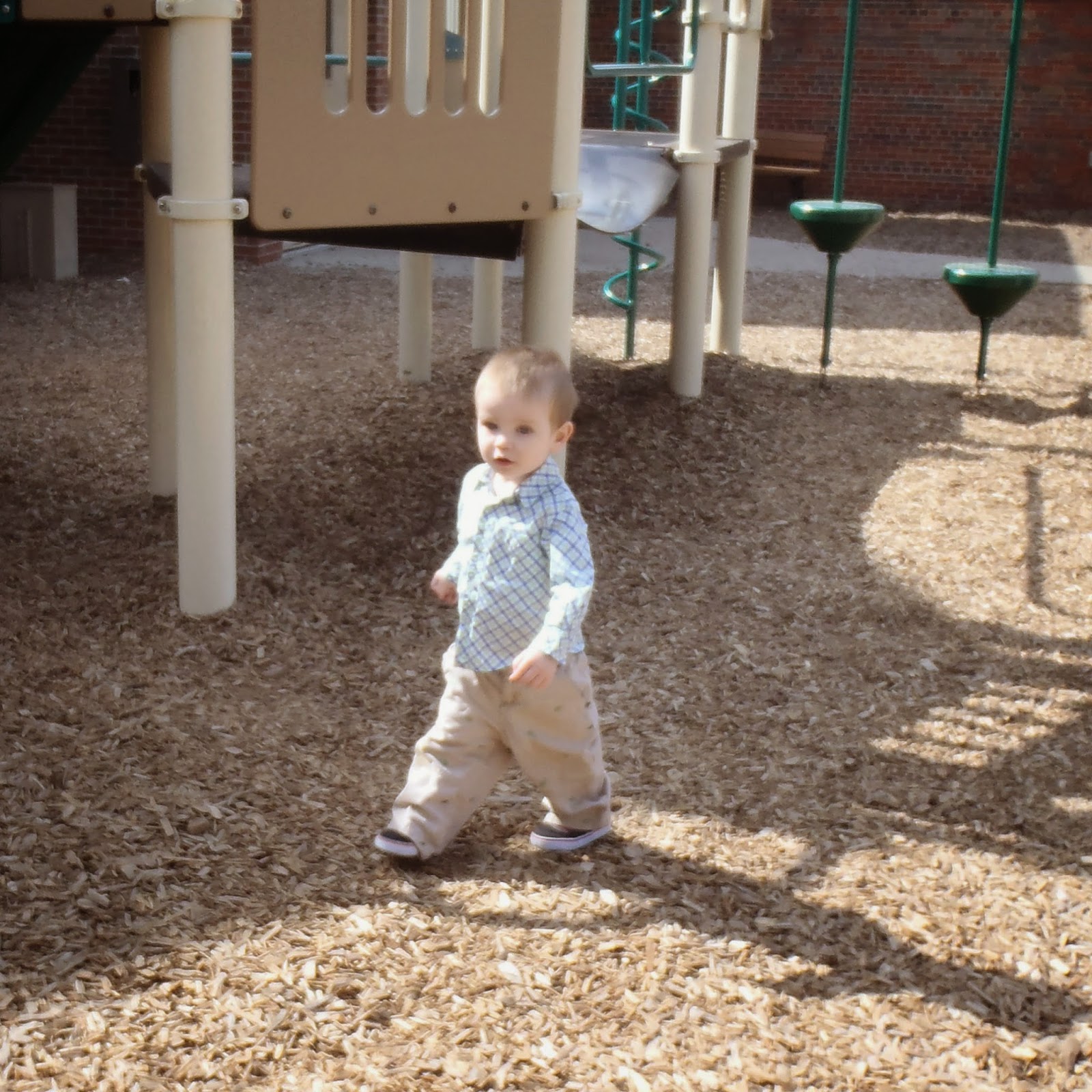 Patch wore a button up shirt with his too big around the waist khakis, an outfit that I found long, long ago at the local consignment shop.  The pants are the right length now but the waist is about four sizes too big... so I took the advice of those of you who suggested it on the facebook page and ordered a Dapper Snapper .  So many people suggested it that I just knew it was the end of my why-does-this-child-have-a-9-to-12-month-waist-on-a-2T-frame troubles. 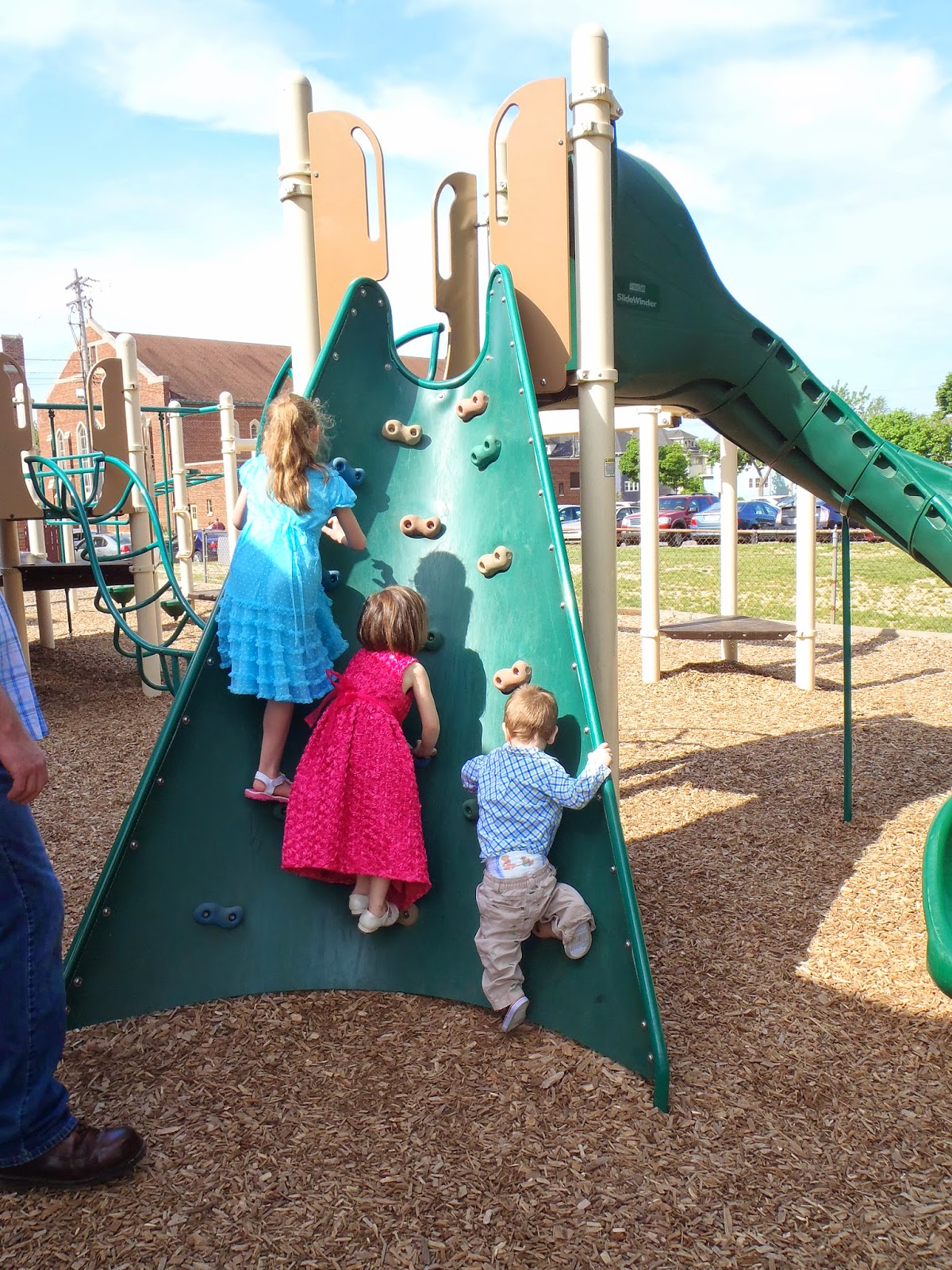 For more WIWS head over to FLAP!  And I hope you had a blessed weekend! 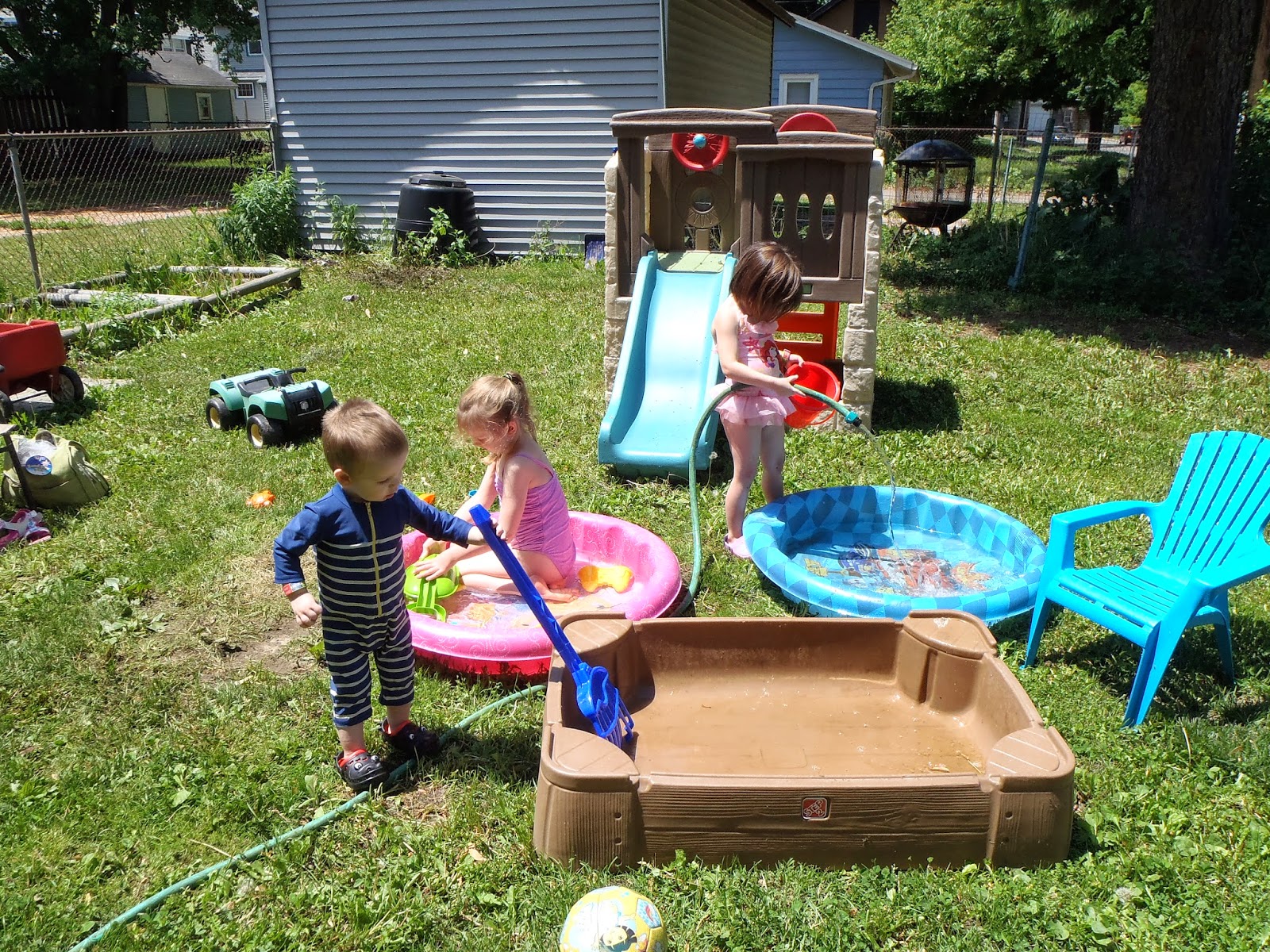 Tomorrow is the big 20 week ultrasound! I am so excited that I can hardly wait for morning to arrive!
Posted by Cammie Diane at 3:46 PM