Mermaids, Sneaky Smiles and Fun in the Sun

Last night as I walked by the girls' room I heard a small rustling sound and peeked in to see Maggie awake in her bed, looking out past the tent flaps.  I hoped over the baby gate and she grinned and scooted over to make room for me, obviously expecting me to squeeze into the little pink tent.

Once I was settled I found the blanket that had almost fallen off the side and spread it over her and she looked down at it and immediately began to smile even wider, smoothing it over her legs before pausing and saying "Mermaid!"  in an excited voice.

Pretending to be a mermaid is huge among the three year old set in our house right now.  Maggie is all about all things mermaid.

"You are my little mermaid" I said as she giggled.  "Can I be a mermaid with you?"

Her smile grew.  I wasn't really expecting a response, at least not in words, but as she wiggled her "fin" and laughed she said "Mermaid!  Mermaid!  Yeah!" to let me know that I was a mermaid too.

When I tucked her in a while later and returned to my room I couldn't help but think of the leaps in imaginative play in the last year.  There is definitely no way to claim that that child doesn't have an imagination.  Her mermaid dolls swim through the air and live in a giant blue bean bag chair that she has clearly decided is an ocean in the middle of the playroom.  Imagination is definitely alive and well in these parts!

She's also come up with a smile that lets me know when she's up to something.  She just started doing it these last few days.  When she's about to do something silly, or something that she thinks she shouldn't be doing she pauses, looks at me, scrunches up her eyes and gives me the biggest, silliest smile she can possibly manage, like she's trying to convince me that there's nothing to see here, just go on your way (now that I think about it, it really resembles Patch's "cheeeeeese" smile that he does whenever he sees a camera anywhere near him).  The best part of The Smile may be that involves lots of eye contact!

Last night I couldn't stop laughing because I got "the smile" when I took Sadie up to tuck her into bed.  Mae had already been tucked in but was up playing with her toys.  When I opened the door she let her sister go by and then looked at me, gave me The Smile and quickly pushed the door shut again so that she and Sadie could get down to playing (which I'm totally happy with, but she seemed to think that it required sneakiness, thus The Smile).

I'm not sure, but it seems like this particular type of smile (and the way she uses it to try to convince me there's nothing to worry about, just go on your way Mom) seems like it must be a sort of developmental milestone... and every time I see it I just can't help but laugh!

As you may have noticed from the pictures I've been snapping, daily "pool parties" in our backyard have become a requirement on afternoons when no one is sick and there are no thunderstorms!  Yesterday, however, the kids began to come up with different ways of playing in their pools.  It started when Mae stood up on the side of the sand box pool and jumped in.

Sadie, as the big sister, was not to be outdone and could not be convinced that perhaps jumping into a few inches of water wasn't the best idea... 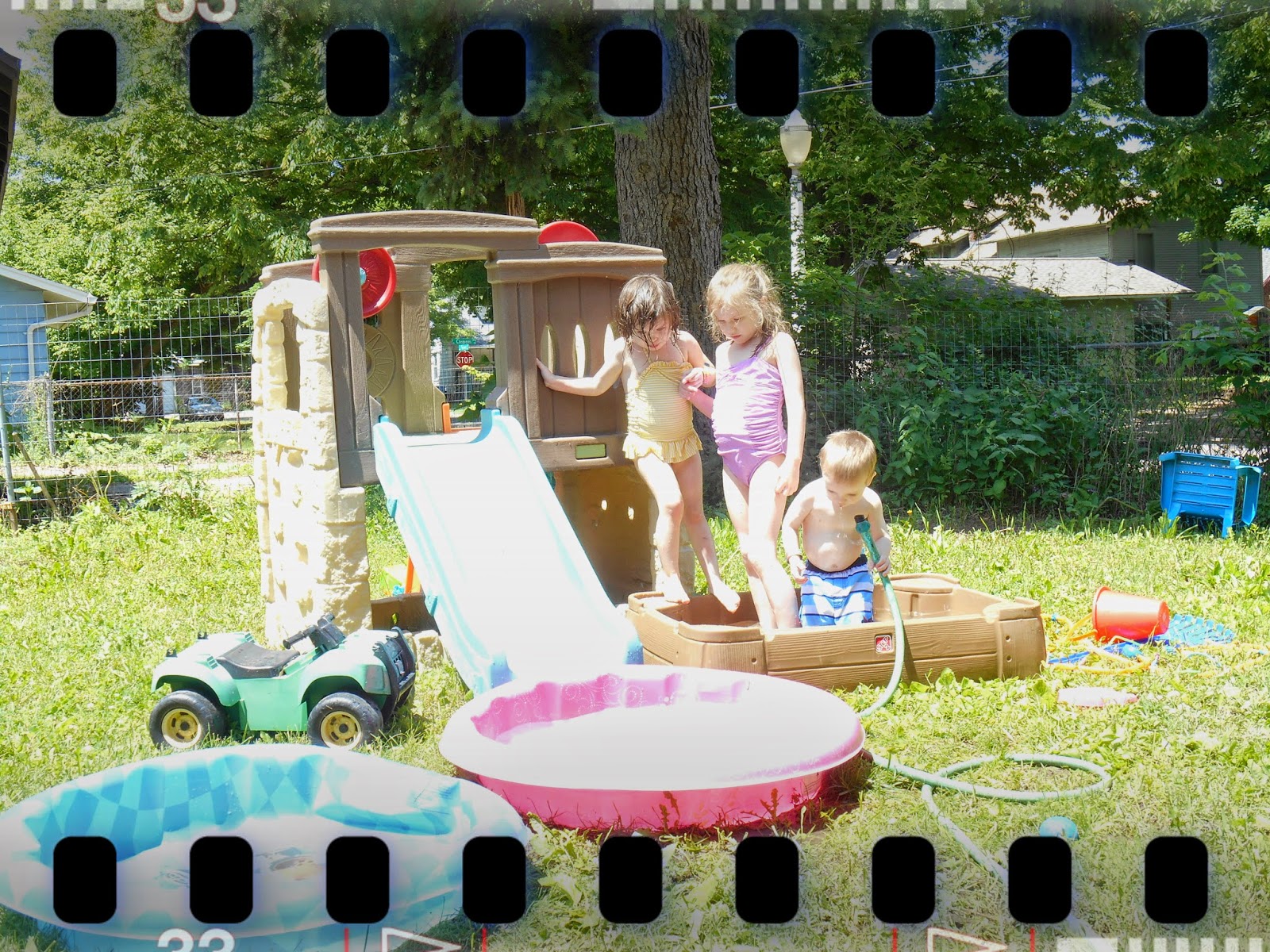 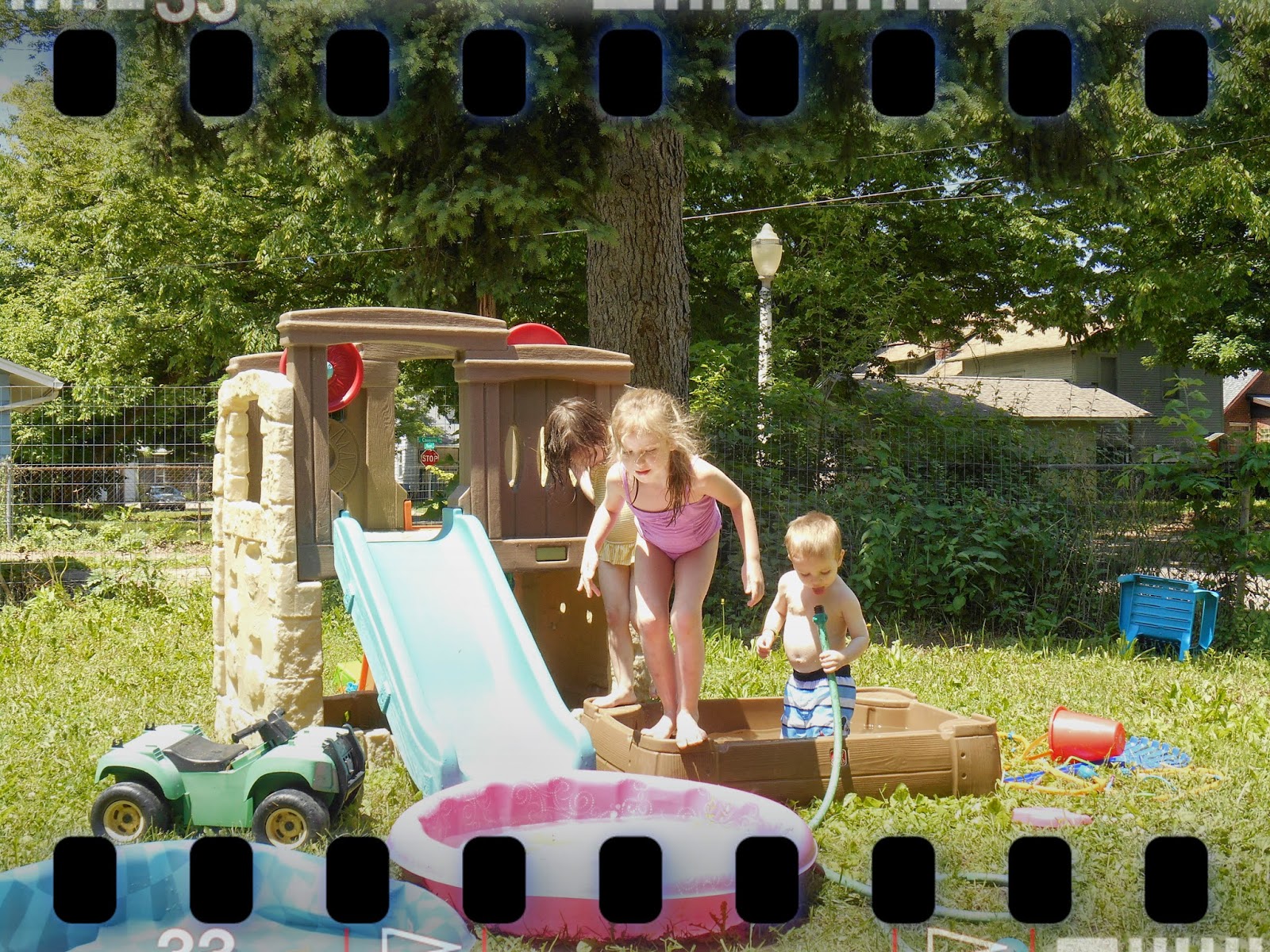 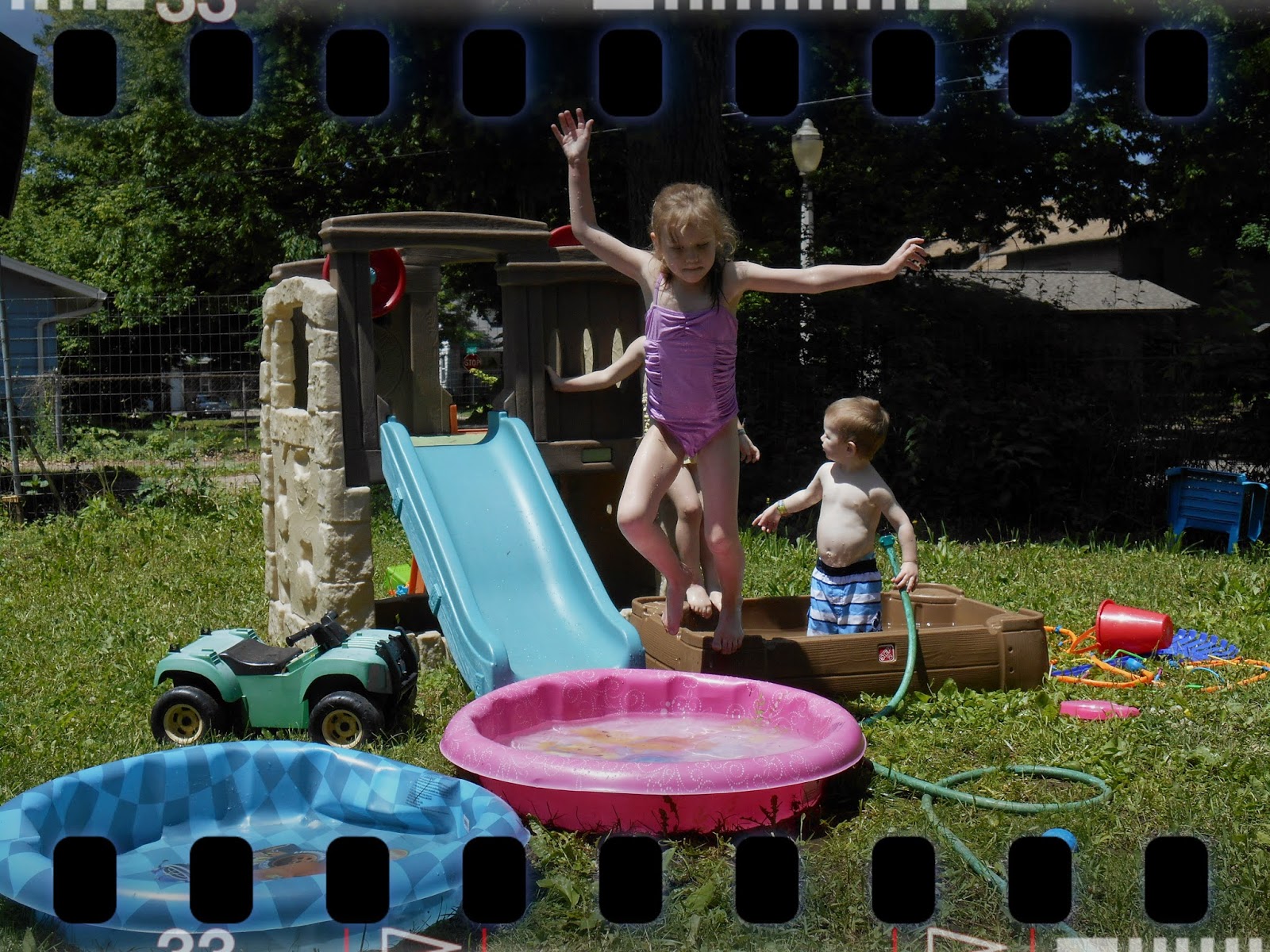 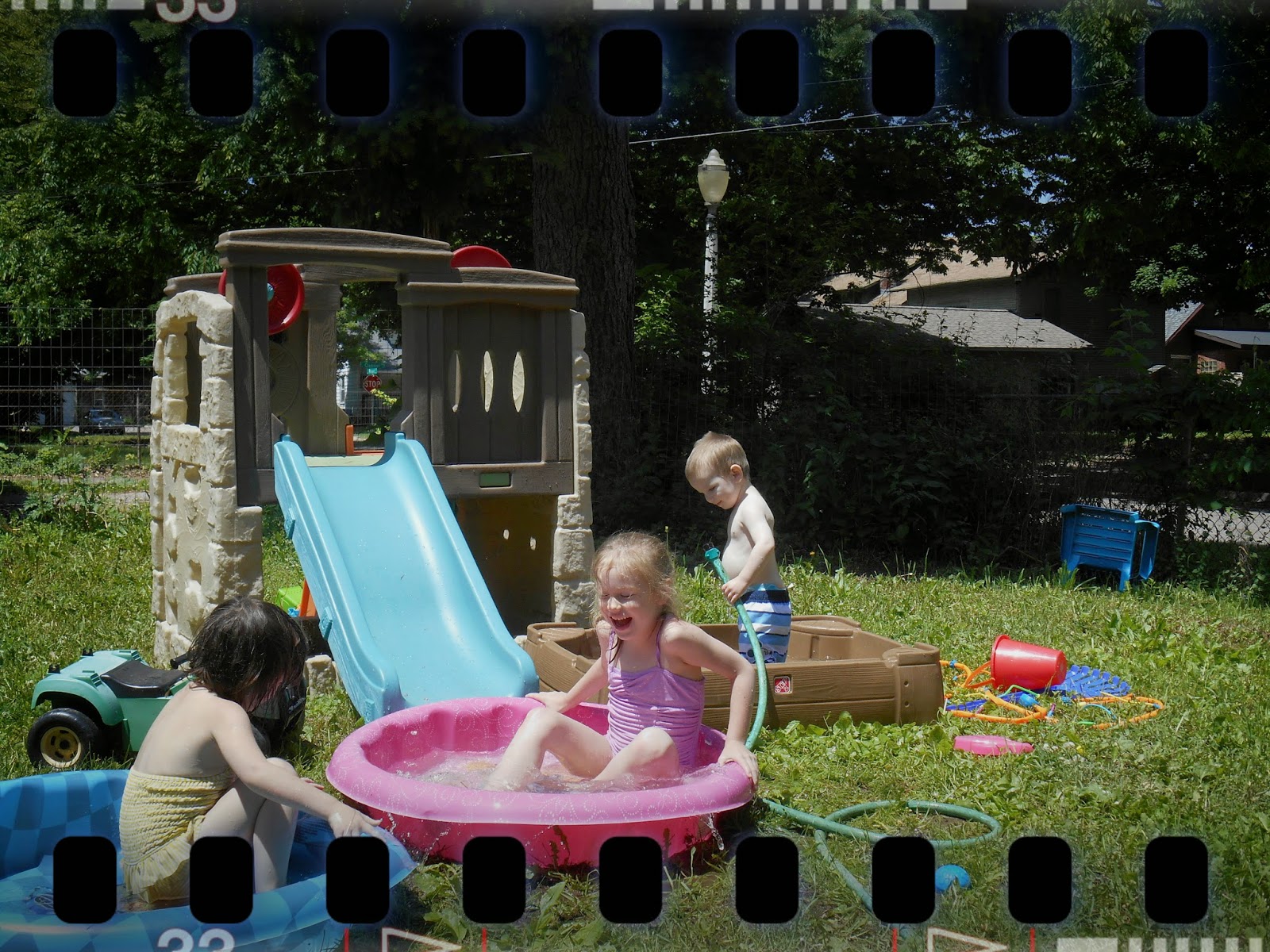 Now for another summer day!  Hope you have a great weekend!
Posted by Cammie Diane at 8:17 AM

Email ThisBlogThis!Share to TwitterShare to FacebookShare to Pinterest
Labels: Autism, day to