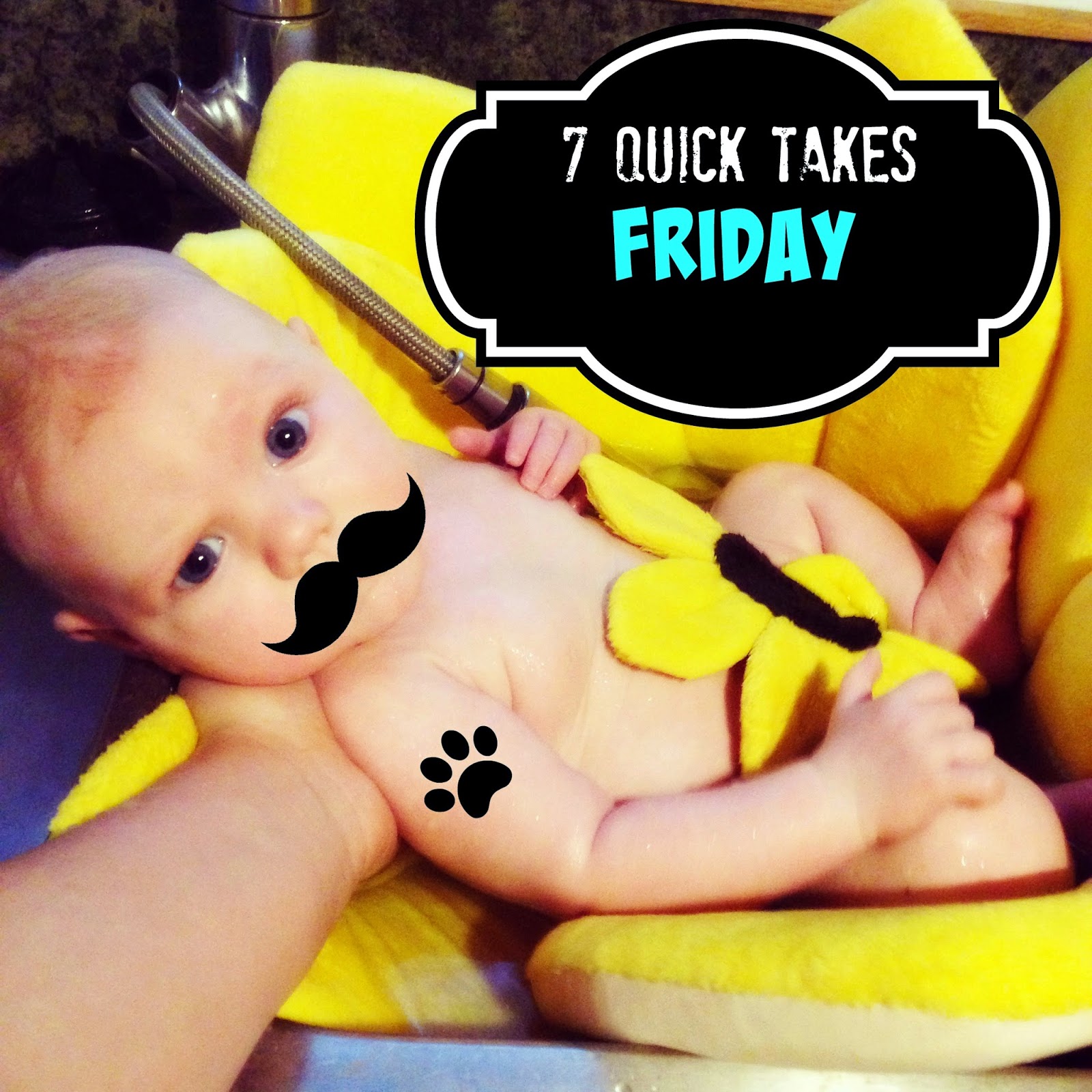 As you can tell, the boys were totally on board with this photo.  Especially James who brought his standard I'm-so-excited-about-this-grin to the frame: 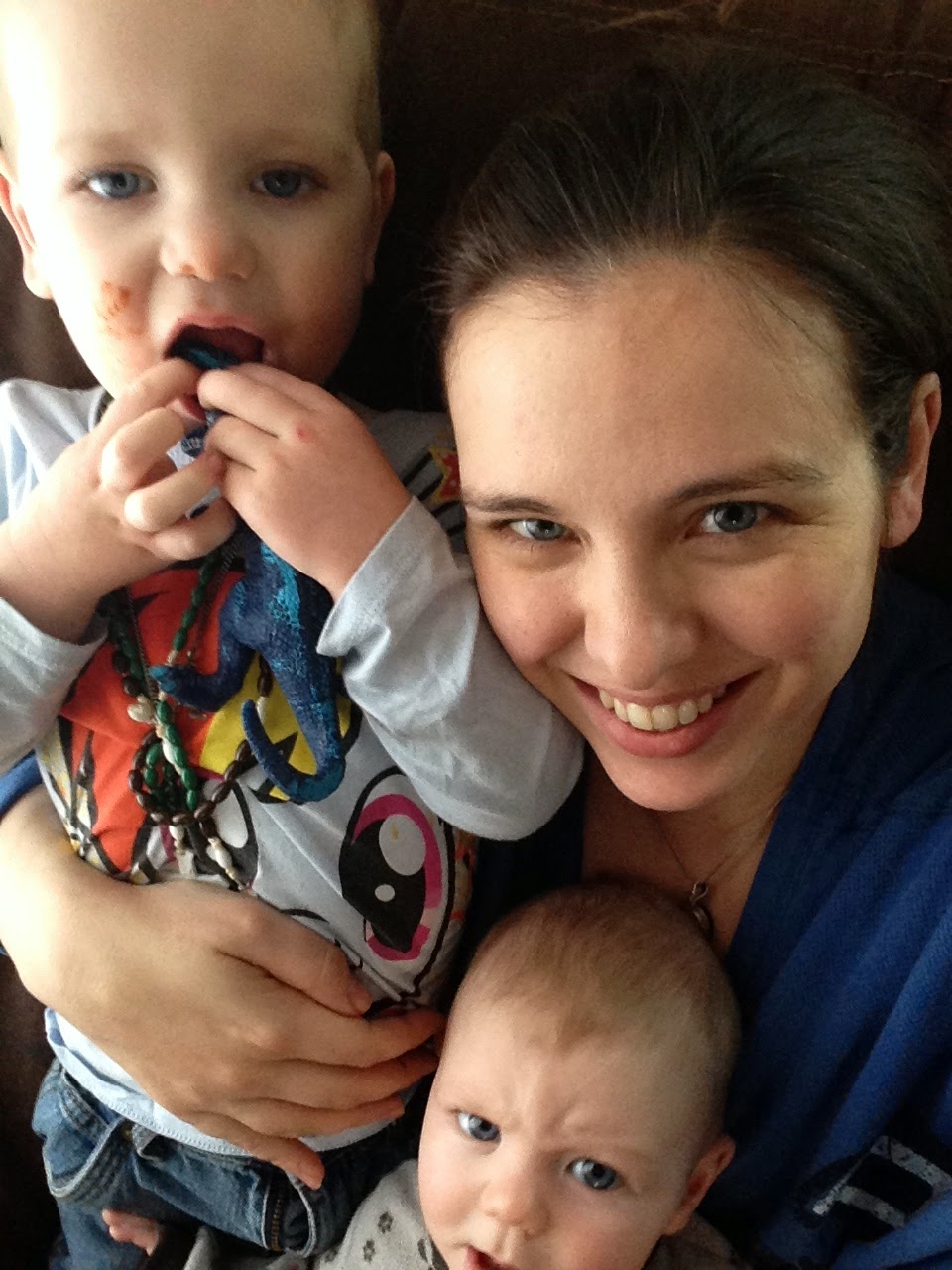 He'd probably like me to tell you that he has good reason to be concerned. Take, for example, this picture of Sadie holding him for approximately one minute while I locked a baby gate and then snapped two pictures: 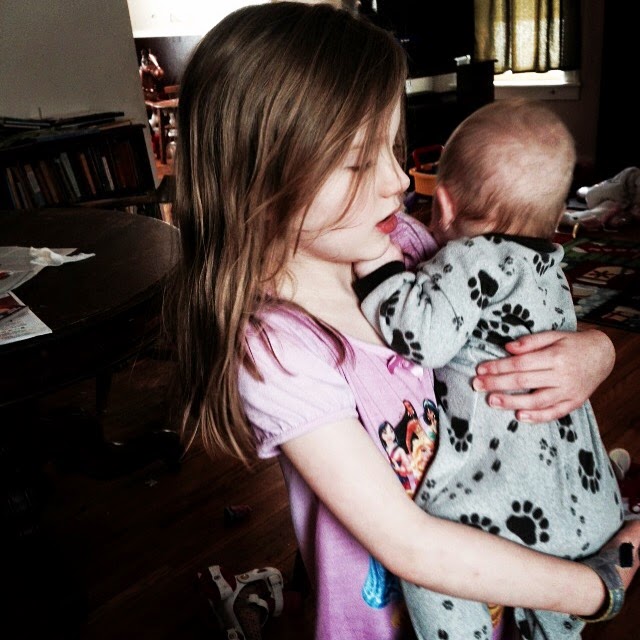 As I mentioned in an earlier post, I'm taking a break from the internet during the day for Lent.  And the funny thing is that I thought I would be instantly jumping online after bedtime... but instead I've found myself doing other things or a couple hours the last few nights before I've even picked up my computer.  Which isn't great for blogging, but is actually really nice for real (offline) life.

I think some of these habits may be sticking around after Lent.  At least I hope they will.

I am trying not to stress too much about the upcoming week, but I'm not having the best luck.  Next week on Monday, Patch is going to see his pediatrician about a possible speech delay. On Tuesday Early On will be here to start the evaluation process.  On Wednesday Mae has an Occupational Therapy Eval.  On Thursday Maggie has her first appointment with Patch and James' pediatrician (since we're switching offices).  And on Thursday, after 16 months of waiting, Mae has a speech eval across town.  Plus five regular therapy sessions for Mae too, and Sadie's two OT sessions.

Every four months it seems like there's one week where all the doctor's appointments from the other three months some how end up being scheduled.  I need to work on spacing them out a bit more.

None of this would be stressful, except we found out today that this week Paul will start training for his new job (I guess I should say job #2, since he'll still have the other job) on Monday and so I don't have his schedule for the upcoming week, which means that there's a big possibility that I'm going to have everybody with me for any given appointment... and that would be... interesting.

It wouldn't be so bad if it were warmer and we could walk... but there's no way I can walk with everyone for twenty minutes in this sort of cold.

I just need to make it through this week!

So far I'm right on track for 40 bags in 40 days.  I currently have 3 1/2 trash bags full of clothes ready to be donated.  And I'm beginning to think that I'm going to need more than 40 bags to get the basement as organized as I want it to be.

That is mostly because I have big plans for the basement.  I want to completely empty out one of the rooms and deep clean it so that I can put some of the big outdoor toys down there and maybe a water table and let the kids play when it's too hot or cold to go outside (when it's not flooded... which happens to be why I wouldn't worry about water in the room in question because with it's bi-annual flooding I know nothing splashed out of a water table will do anything close to what is going to happen when the snow melts).  But first I need to get rid of all the boxes in the "box room."

Hopefully before the snow melts. 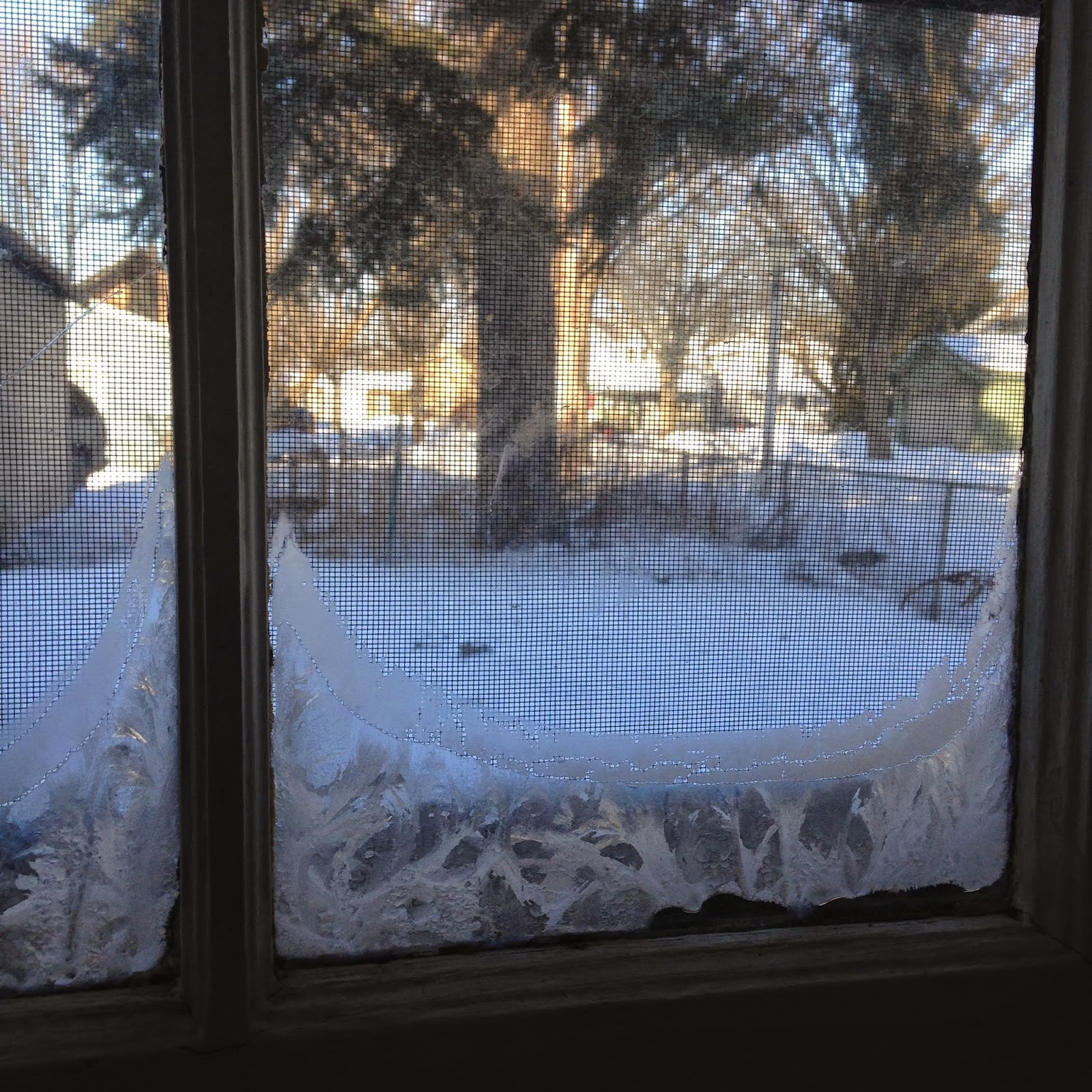 How cold is too cold for you?

I don't mind the cold when it feels warmer than -6.  I'm not a fan of the weather, but I don't really hate the cold as long as it stays above -10.

Anything below -10 makes me want to hide in my house forever.  Anything below -15 motivates me to actually call and cancel appointments (unless they're ones we've been waiting on forever, like most of those coming up next week).

I don't even know how those of you further north go about functioning when it's this cold (or much, much colder) all year round!  I would never leave the house!

For more Quick Takes head over to This Ain't the Lyceum.
Posted by Cammie Diane at 10:59 PM