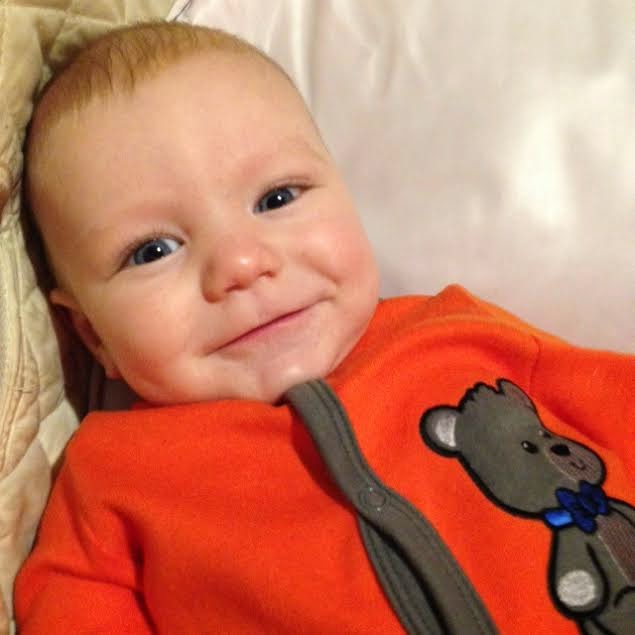 James usually dozes through part of Sadie's morning lesson and then wakes up and wants to come out and sit on my lap and watch her as she works.  After he watches school time for a while I put him down on the floor near my feet, where I can protect him from any visiting siblings of the smaller-than-Sadie variety who may come over to cuddle him when they realize that he's down at their level.

Inevitably Mae realizes that he's on the floor and comes sprinting over to tell him that she "love, love, loves" him and cover his face with kisses.

The other day she enthusiastically threw herself down next to him, pressing her face against his and I started to worry that she was accidentally squishing him with her cuddles.  Gently I pulled her back a little, to make sure he had space to breath, and I saw that he was smiling up at her. 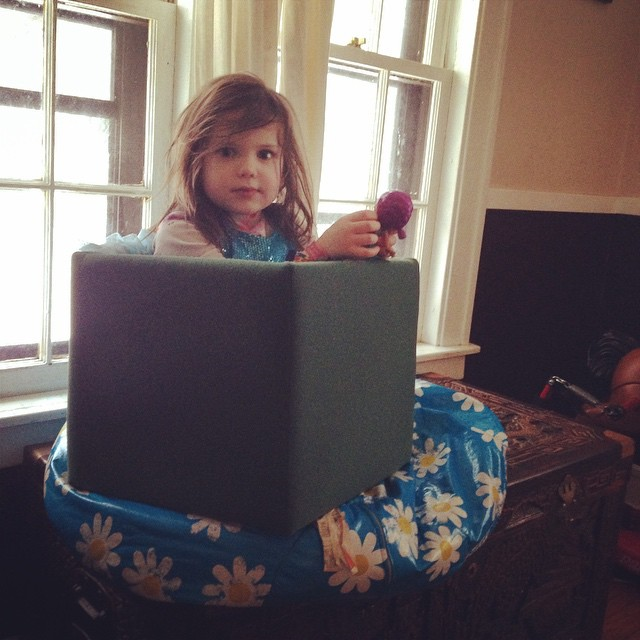 It always looks like she's almost squishing him, like she's almost being too rough, but his face glows as he looks up at her and so far, after many cuddles, she's never even made him cry, so that I'm beginning to suspect that despite appearances, she's being rather careful.

Then, after a few minutes of cuddles, she's ready to go back to do her school work and he goes back to watching Sadie solve math problems.

Today the program changed and she was to label the emotion herself (so she was supposed to say "happy" when she saw the happy picture and "surprised" when she saw the surprised picture).  She labeled every single picture, correctly, on the first try.  Happy, sad, mad, surprised, among others, one by one she said them as she was shown each picture.

It's been quite the week and I can hardly wait to see what she comes up with next!
Posted by Cammie Diane at 10:36 PM