﻿
There was much debate this morning about whether or not we would be making it to Mass.  You see, my phone has been filled with weather alerts telling me that we're expected to get nine inches of snow this morning with winds up to 30 mph.
Still. No one was sick.  And after months of someone (or three) always being sick I really, really didn't want to miss.  Who knows when some sort of horrible virus will strike again.  It is still winter.  And we live very close to our parish, although not quite close enough to walk with all the kids in the wind and snow.  Can you see how I was justifying going, even though the weather seemed to be saying that maybe it wasn't the greatest idea?
So I bundled everyone up.  James got snuggled in a sleeper:﻿ 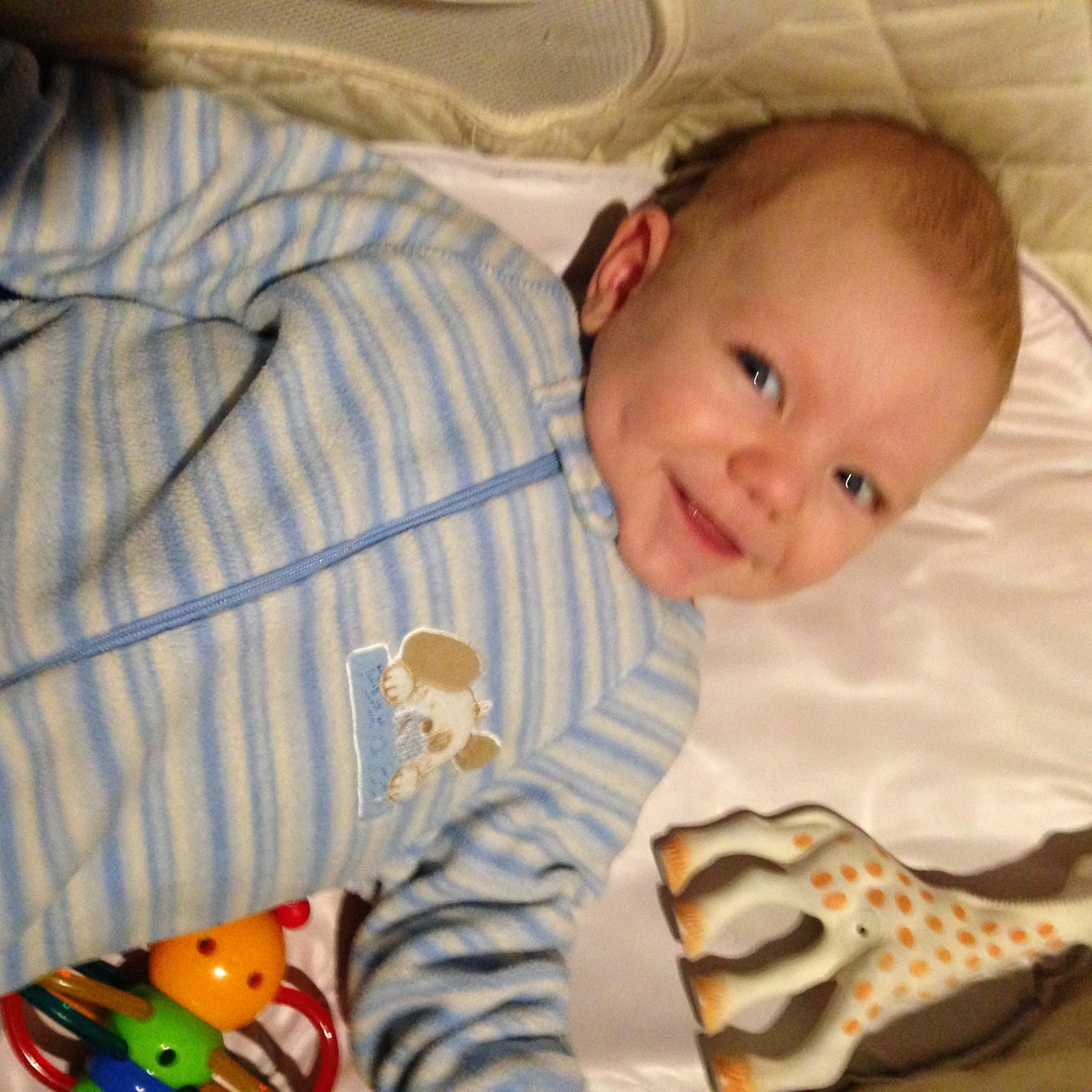 And we piled in the car and made our way to Mass.  The roads weren't great.  But they weren't horrible either. 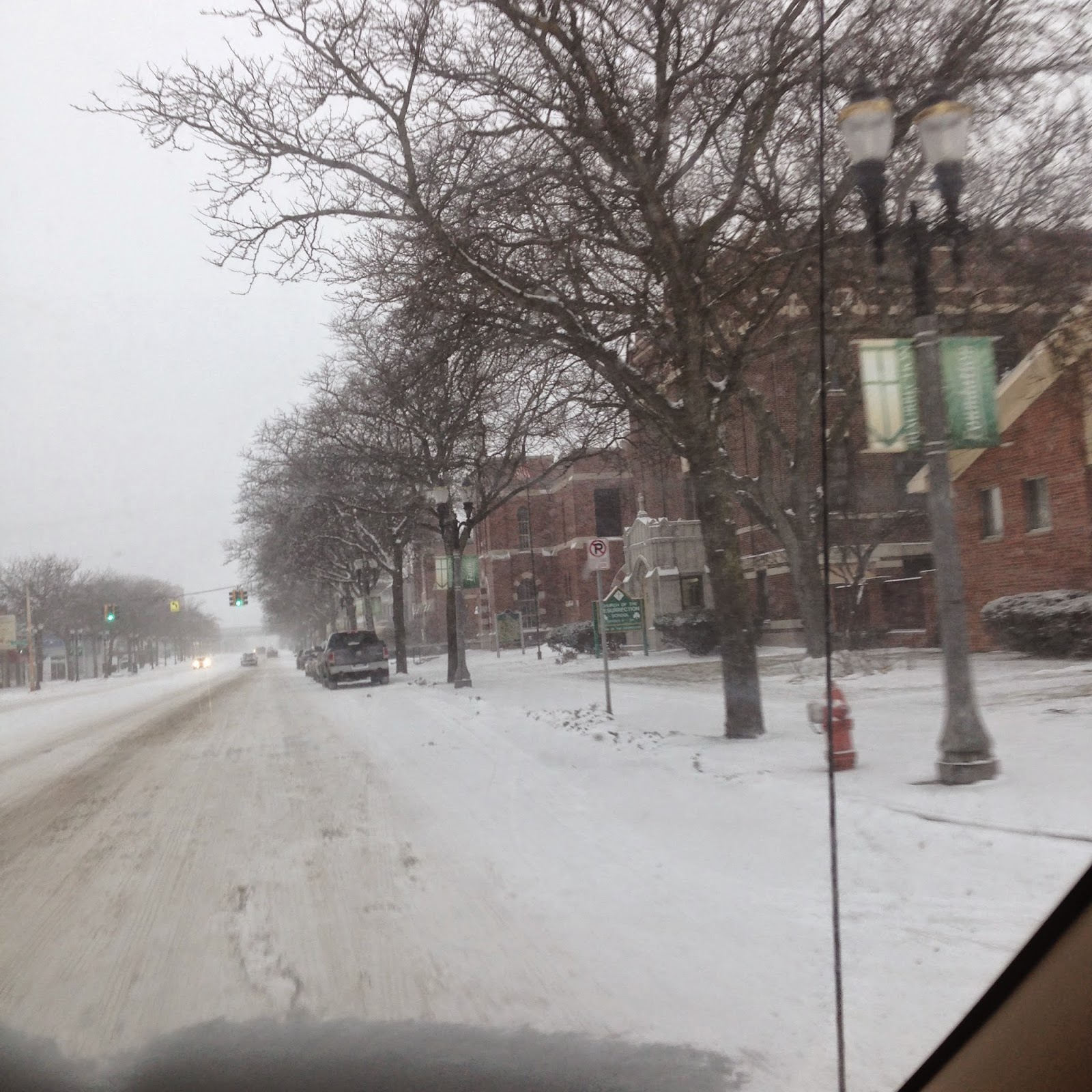 We knew we would likely have to leave right after receiving for Paul to make it to work on time.  Especially with the storm.
﻿ 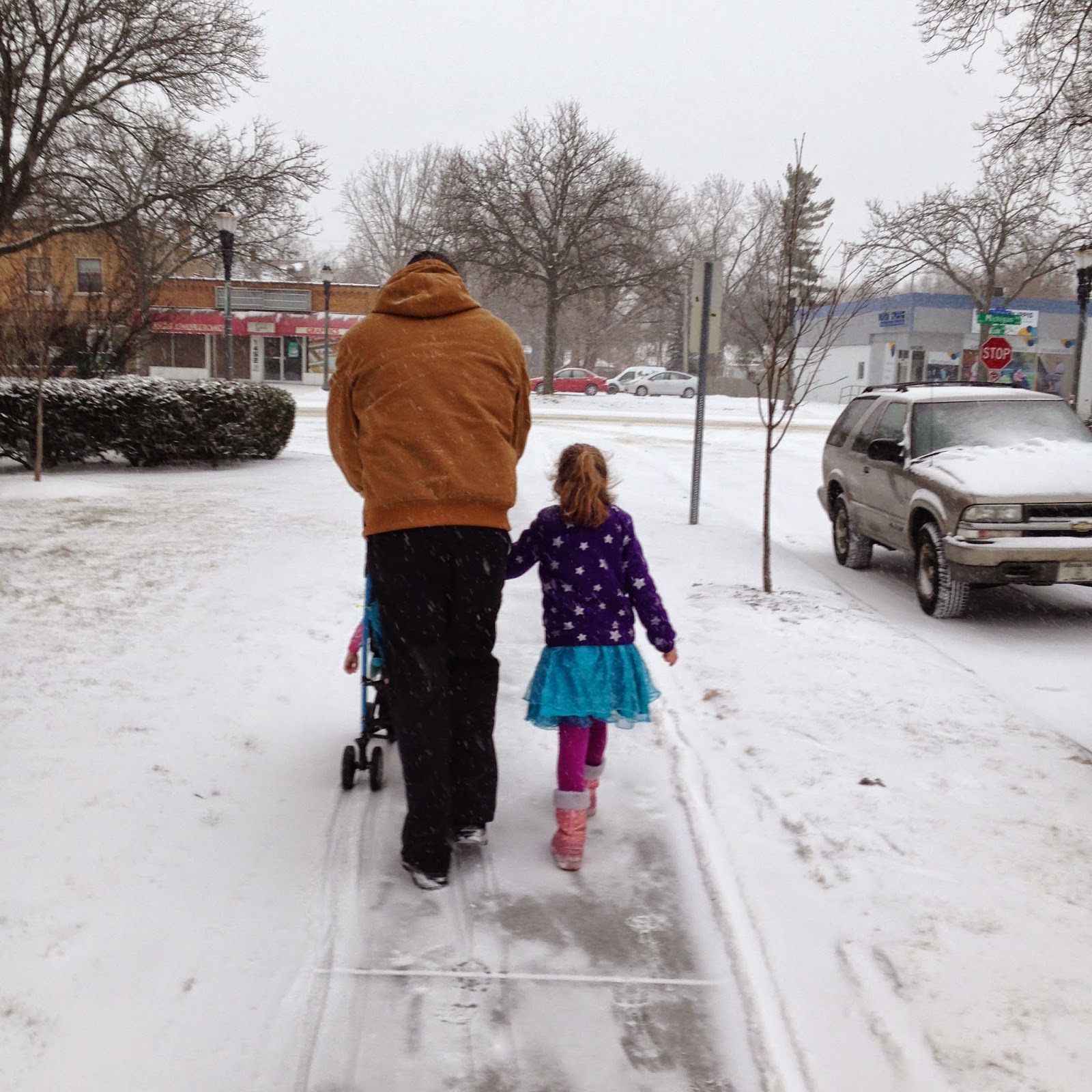 I don't usually snap pictures of the Mass... I was outside in the narthex and it's just so beautiful with the ad orientem novus ordo that I wanted to share it with all of you:﻿ 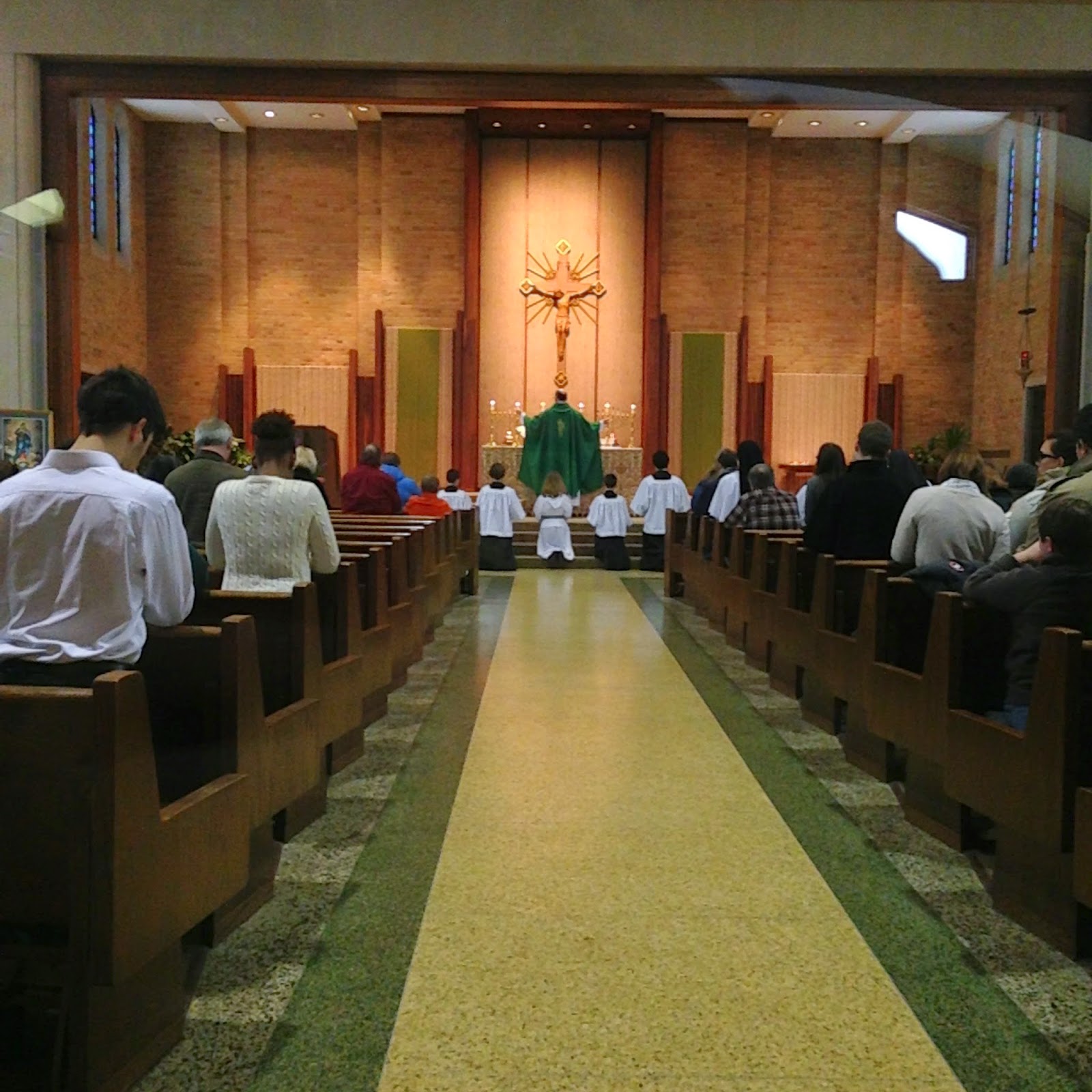 There was one moment in Mass that I hope I never forget.  I want the image to be burned into my memory for the rest of my life.

I was pacing in the narthex, trying to get Patch to fall asleep (or just not whine about not being allowed to run around).

I had been trying to focus on the Mass, but my shoulders were starting to really hurt and I was exhausted and my mind was turning more and more to the ache than I'd have liked. Suddenly I heard Maggie let out a loud, happy squeal.  I turned around and hushed her, but as I hushed her I saw her... really saw her....and  as she fell silent I froze.

Her head was thrown back, and her eyes were dancing.  Her face positively glowed with what can only be described as pure joy.  She'd flung her arms out to the side and they were raised slightly with her palms turned up towards the ceiling.  There was no doubt in my mind that I was looking at pure, joyful praise.

And then I looked past her and saw the priest with the Eucharist raised, being consecrated, and the beauty of the moment was so achingly clear that I wanted to hold on to it forever.

I snapped a blurry picture a few minutes later... it doesn't come close to capturing the look she had in that moment... but it hints at it. 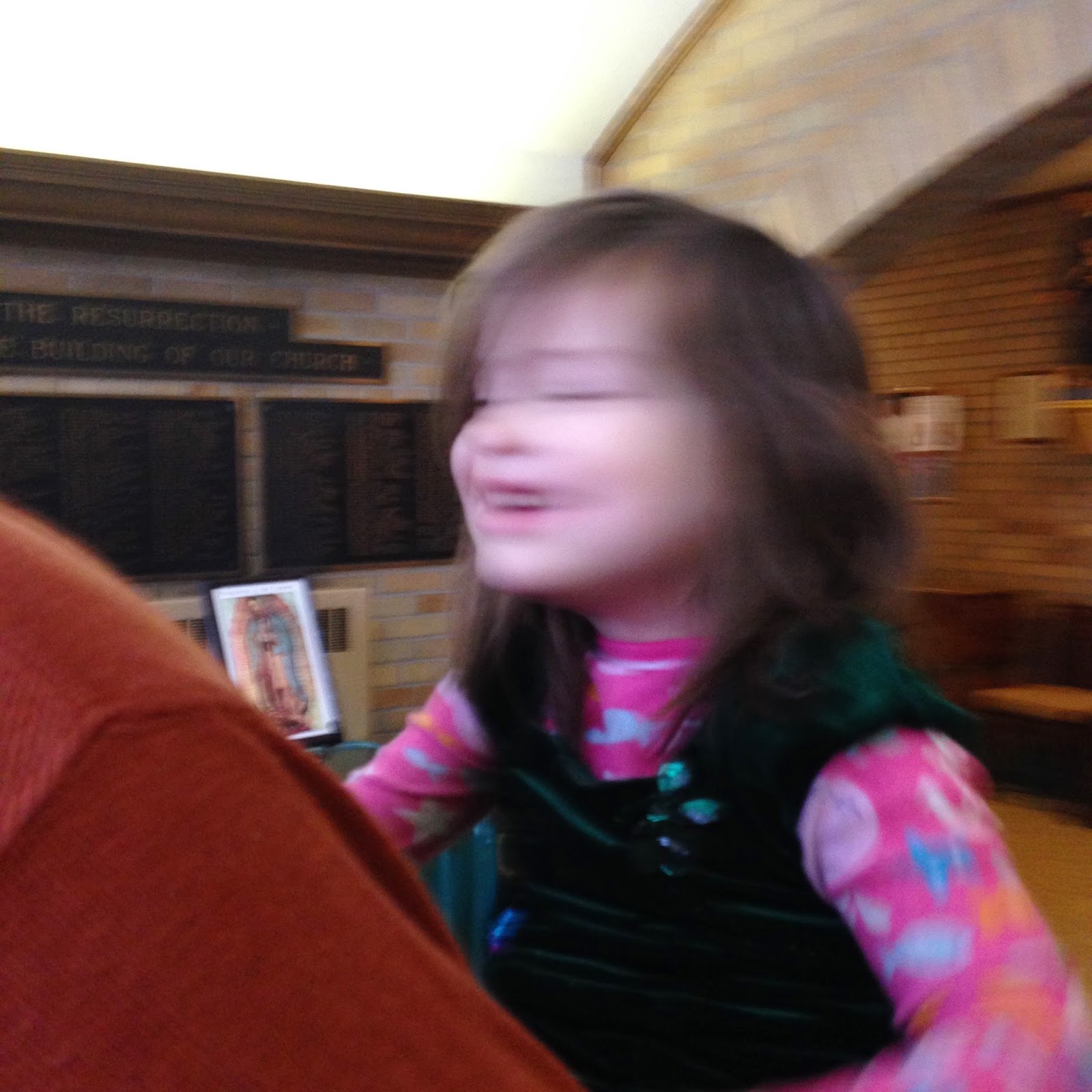 Then it was back out into the snow. 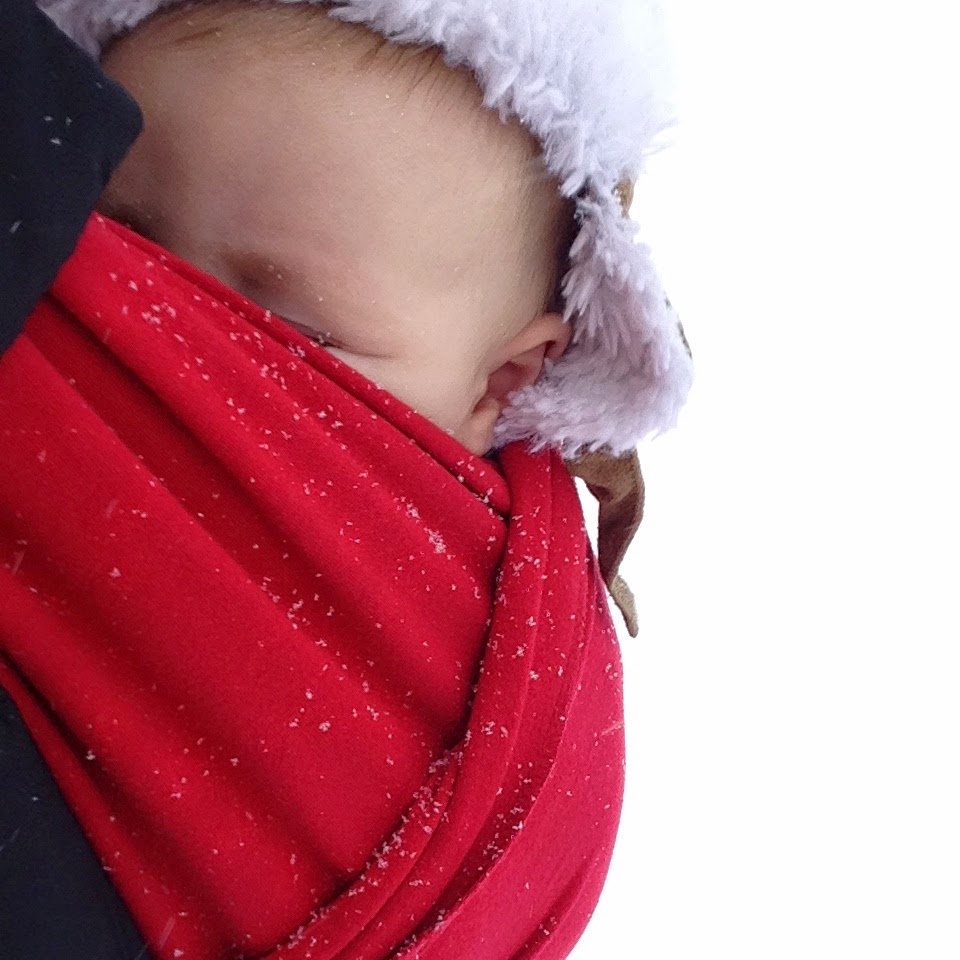 And so, for Mass, this is what I wore this Sunday.  It's my favorite brown dress from Talbots (via ThredUp).  With my Gap Maternity jacket (so perfect for wearing with a wrap and also from Thred Up) and my Hush Puppy boots, which stayed amazingly dry. 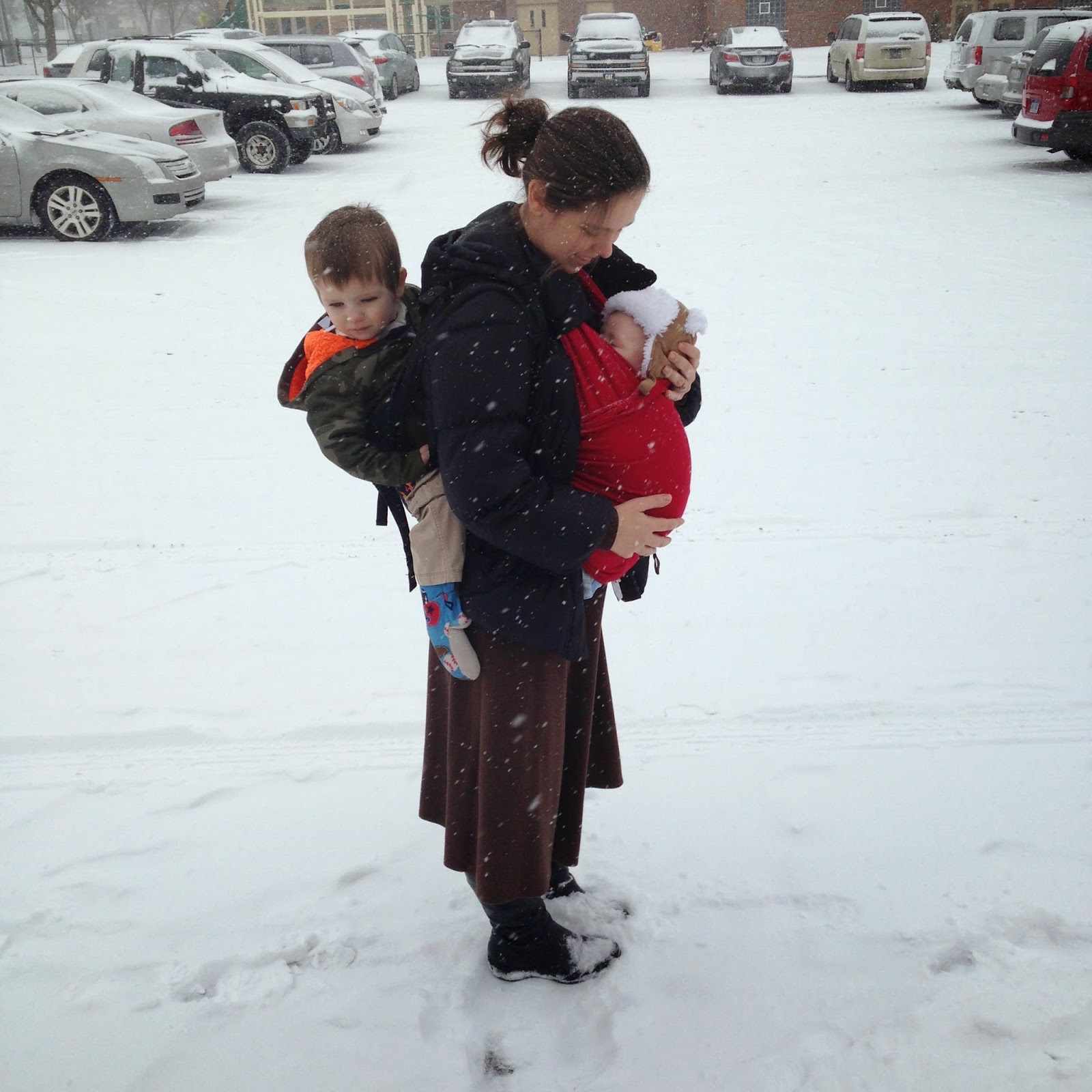 And so that you could actually see my dress I had Paul snap a couple of pictures before he rushed off to work: 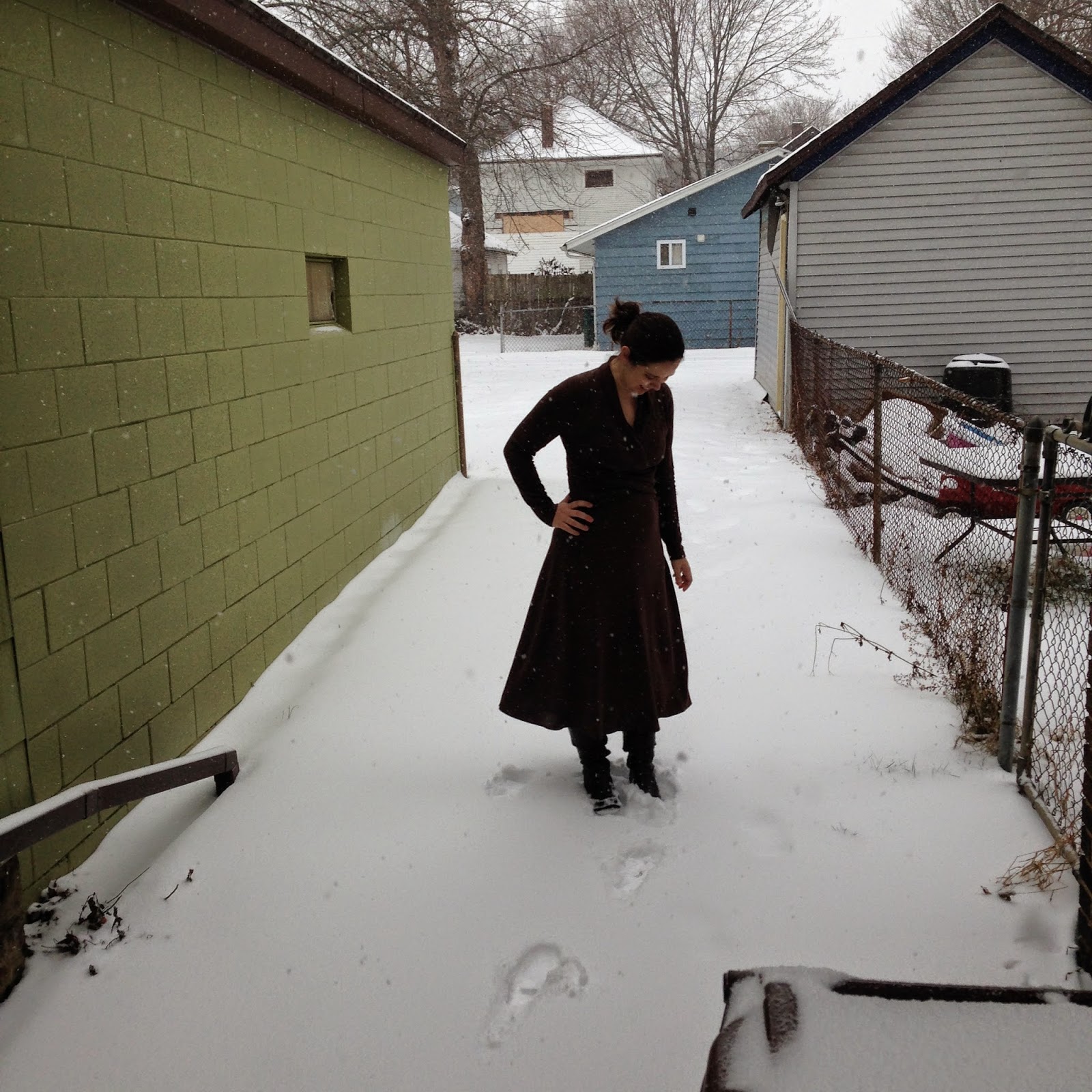 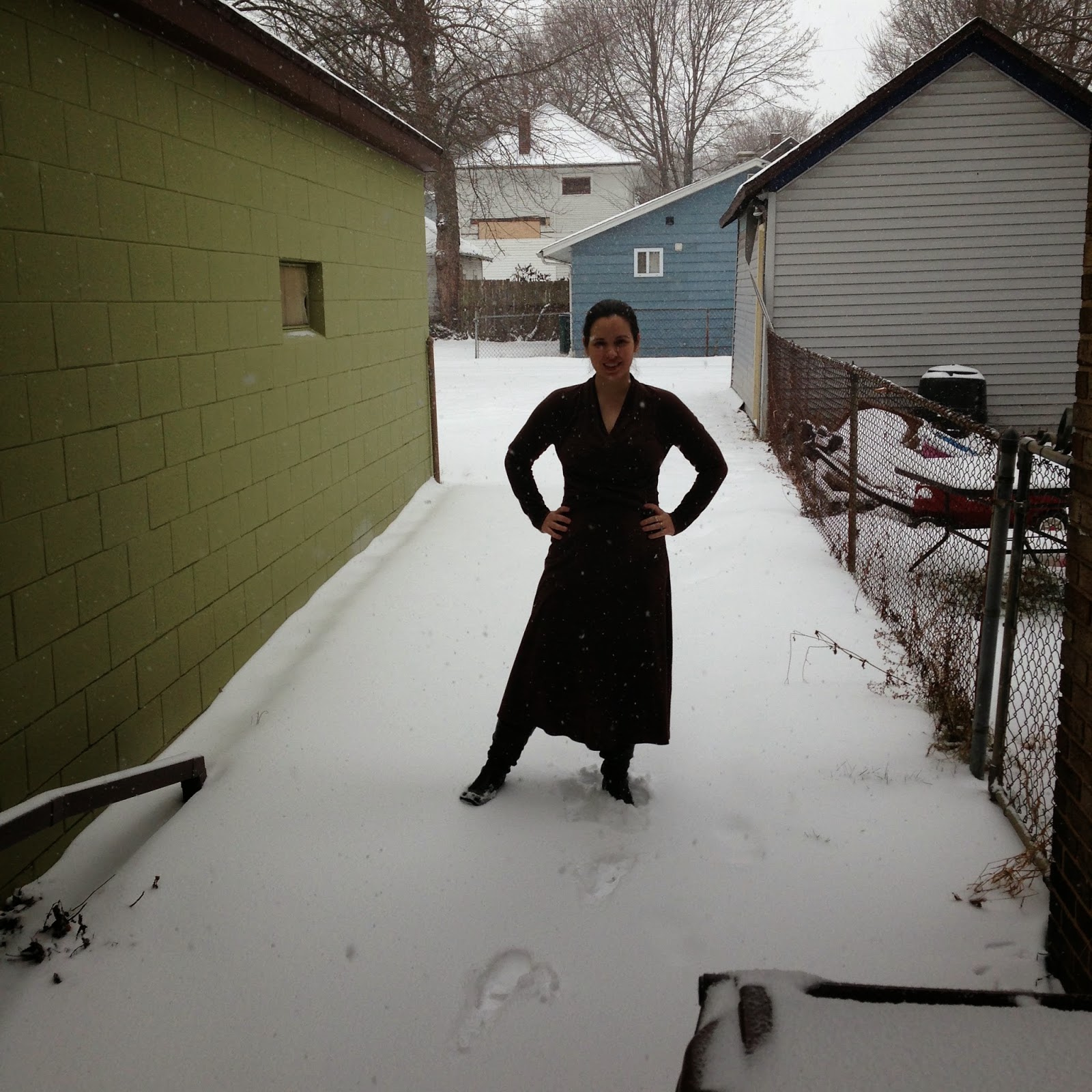 For more WIWS head over to FLAP!
Posted by Cammie Diane at 11:19 AM