Early Bedtimes in our Home 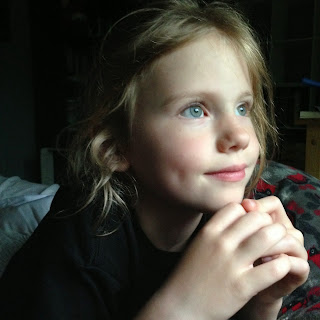 We do early bedtimes in our house.  Like really early.

It isn't entirely voluntary on my part.

I was an Early Bird, waking up at five when I was a kid to lay with a flash light and read) and our kids seem to have inherited my love of being up when the sun is up and going to sleep when it goes to sleep.  Or earlier.

I've tried to keep them up later.  Maggie will curl up on the floor in the living room and fall asleep.  I will spend our entire visit to California trying to get her to stay awake beyond 3 pm if last year was any indication.

Last night I tried to keep Patrick up later so we could have quality time together while Sadie and Paul were at karate (Maggie had already crashed).

A little before 6:30 he went to the stairs and opened the baby gate (it wasn't closed because he doesn't go upstairs by himself and trudged up the stairs by himself).  I followed him up to see what he was doing and he went into the bathroom, grabbed his tooth brush, touched it to the end of the toothpaste and then walked over to his room and tried to climb over the baby gate to get into his bed.

I gave up and got him ready for bed and he was out before Paul and Sadie got home from their lesson.

Over the years I've tried a few times to push back their bedtimes.  I wouldn't mind it if they stayed up later and slept past 6:30.

But one thing has happened each time we've done it.  They stay up later and wake up at the exact same time and were extremely cranky all day long.

So I take the early bedtime for our early risers.  And it works for us.

I'm not sure it could be replicated any more than I failed to replicate having kids who go to bed at eight (or later).

Although I wouldn't mind if a certain seven month old would fall in line with his brother and sisters and go to sleep a tiny bit earlier.  James seems pretty sure that we throw parties in the house every night after he goes to sleep and these days he's determined not to miss them.  Even if it means staying up late into the night! 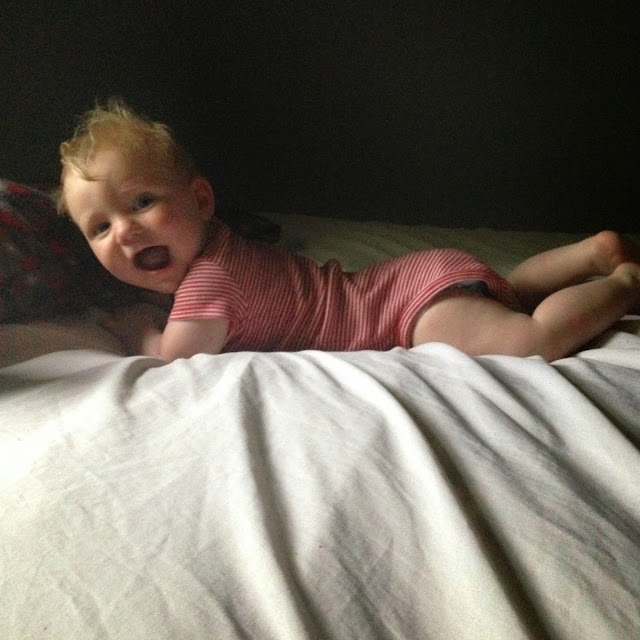 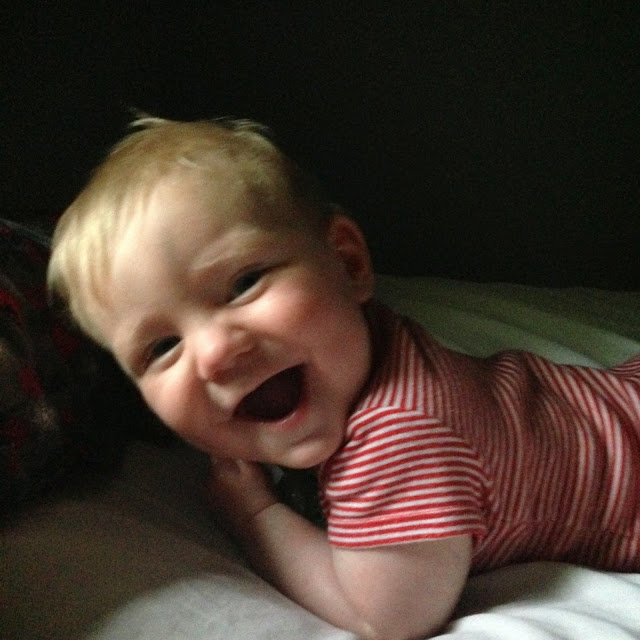 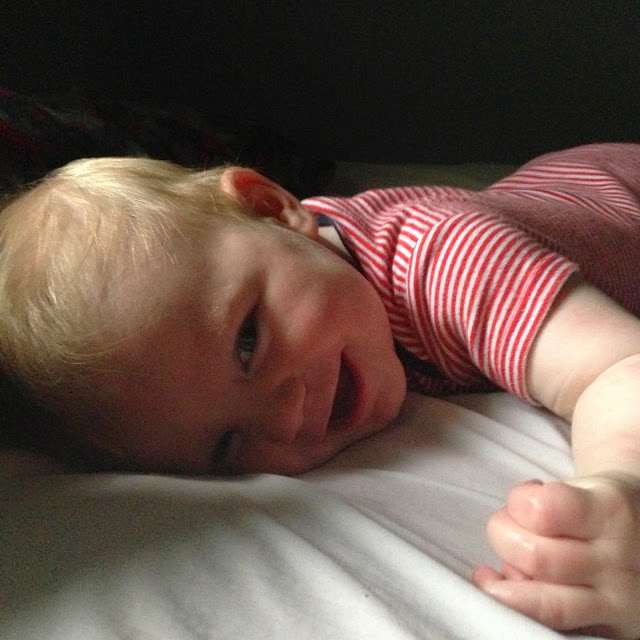 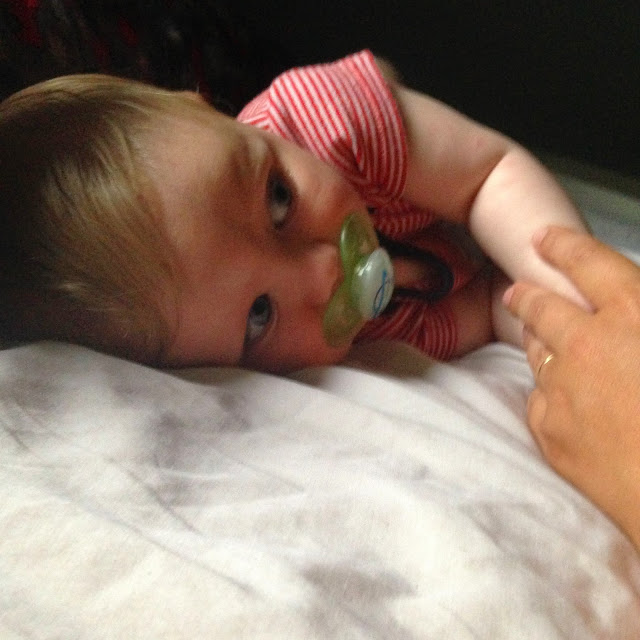 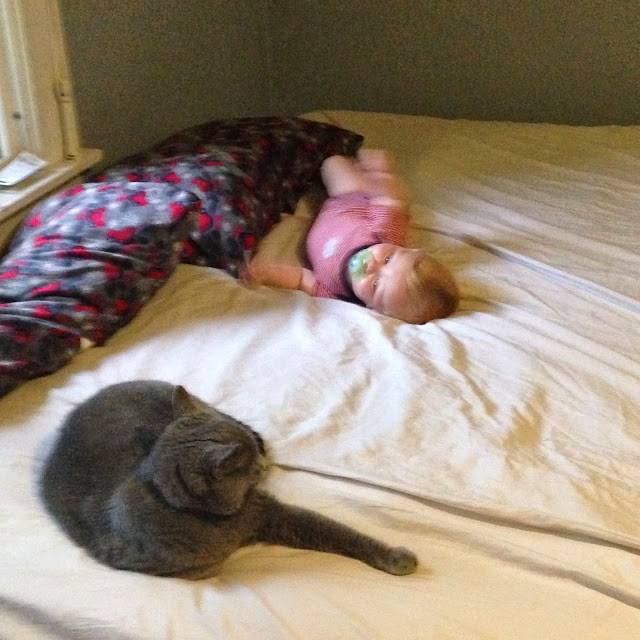 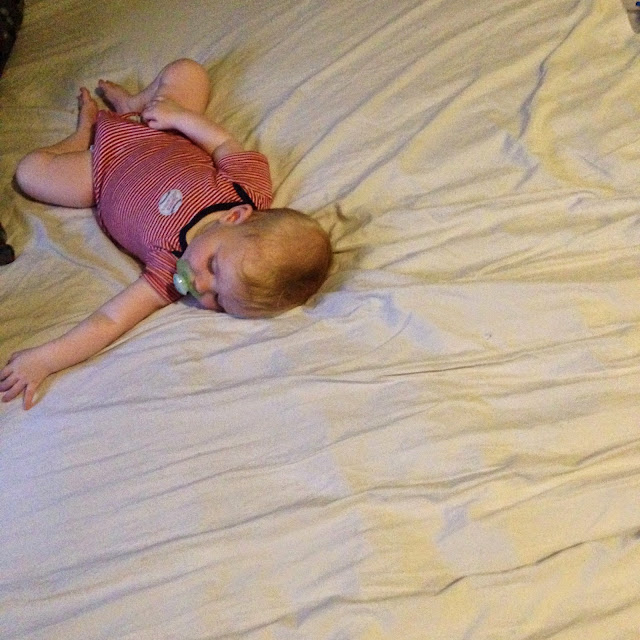 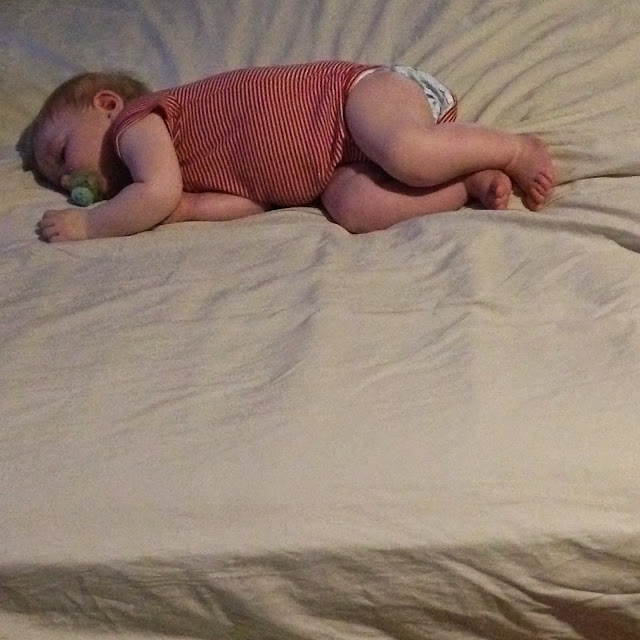