The Pea Covered Baby and His Doting Big Sister

Around a month ago I was sitting holding James when he spit up a tiny bit.  It was so small, and his back was facing me, so I didn't even notice.

Mae was across the room playing and she looked up, saw the tiny bit of spit up on his chin and raced across the room to us.  I had no idea what had happened until she grabbed my shirt and carefully used it to clean off his face, before giving me a look that clearly said "Wow Mom, that shirt's pretty gross, you should probably change."

So I shouldn't have been surprised yesterday when I had Paul hold James so that I could give him a little food (he is unquestionably not like Patch and loves eating already).  His trunk is still really floppy, so even with Paul holding him he was starting to slip down after a few seconds, so feeding him on my own is almost impossible... but he enjoys it and grabs for food when I'm eating it and so even though he isn't sitting up I'm giving it a go.

Within a few minutes of beginning to eat his little face was covered with peas. 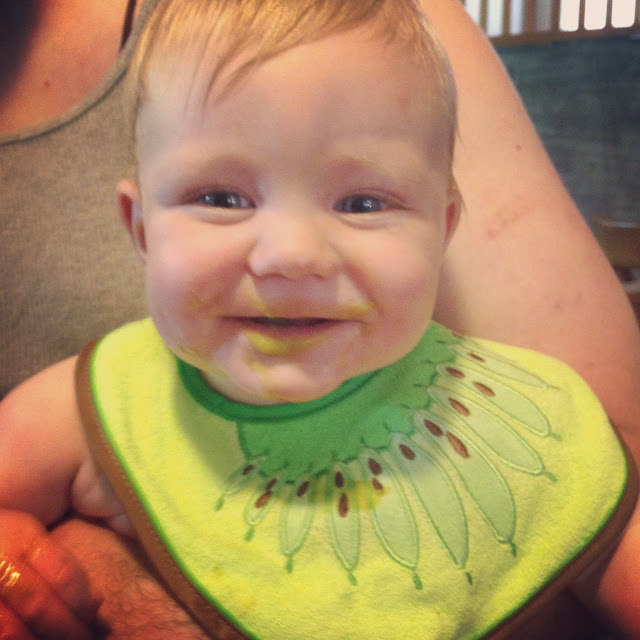 He'd been eating for a little while before Maggie glanced over and saw that her "Baby 'Ames" had something on his face.

She headed straight for the table with a purposeful stride and grabbed a container of wipes, carefully opened it, walked over to James and started scrubbing his face, arms and hands.

Once he was spotless she stepped back to let me give him another bite and then, when she saw a tiny bit of peas dribbling off his lip grabbed another wipe (with a hint of exasperation) and cleaned his face a second time.

My guess is that one of the first fine motor skills that James masters will be learning how to get food neatly into his mouth, so that he can have a little less help from his dotting big sister. 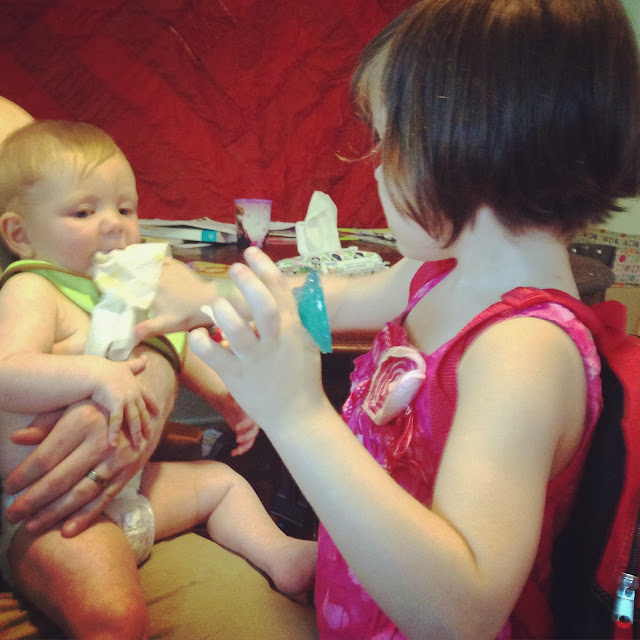 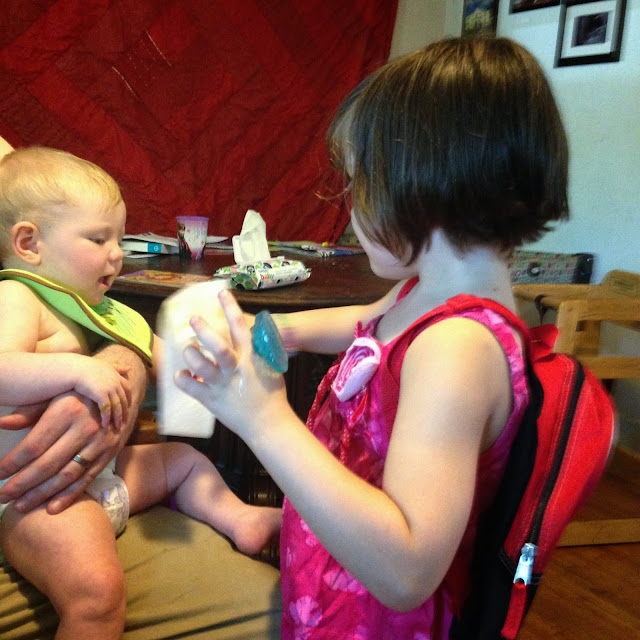 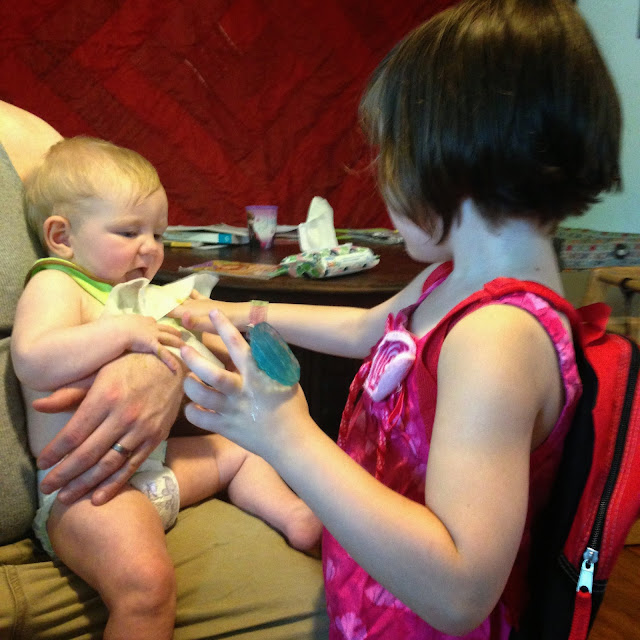